The first look at Netflix’s Sabrina the Teenage Witch series has landed.

Star Kiernan Shipka makes her debut as Sabrina Spellman in the first photos from Chilling Adventures of Sabrina, an expansion of the world of The CW’s Riverdale. The second of two photos shared exclusively by The Hollywood Reporter, below, shows a scene from the dark baptism of Sabrina.

Sabrina imagines the origin and adventures of Sabrina the Teenage Witch as a dark coming-of-age story that traffics in horror, the occult and, of course, witchcraft. Tonally in the vein of Rosemary’s Baby and The Exorcist, the adaptation finds Sabrina wrestling to reconcile her dual nature — half-witch, half-mortal — while standing against the evil forces that threaten her, her family and the daylight world humans inhabit.

Netflix's 'Sabrina' Series: All the Details (So Far) About the 'Riverdale' Offshoot

In the role of Sabrina, the Mad Men grad will star as an empowered young woman who is just beginning her dark education as a sorceress, even as she tries to maintain a normal life as a sophomore at Baxter High.

Chilling Adventures of Sabrina releases its first 10-episode season Oct. 26 on Netflix. The series, which was first developed at The CW, has already been picked up for a 10-episode second season. 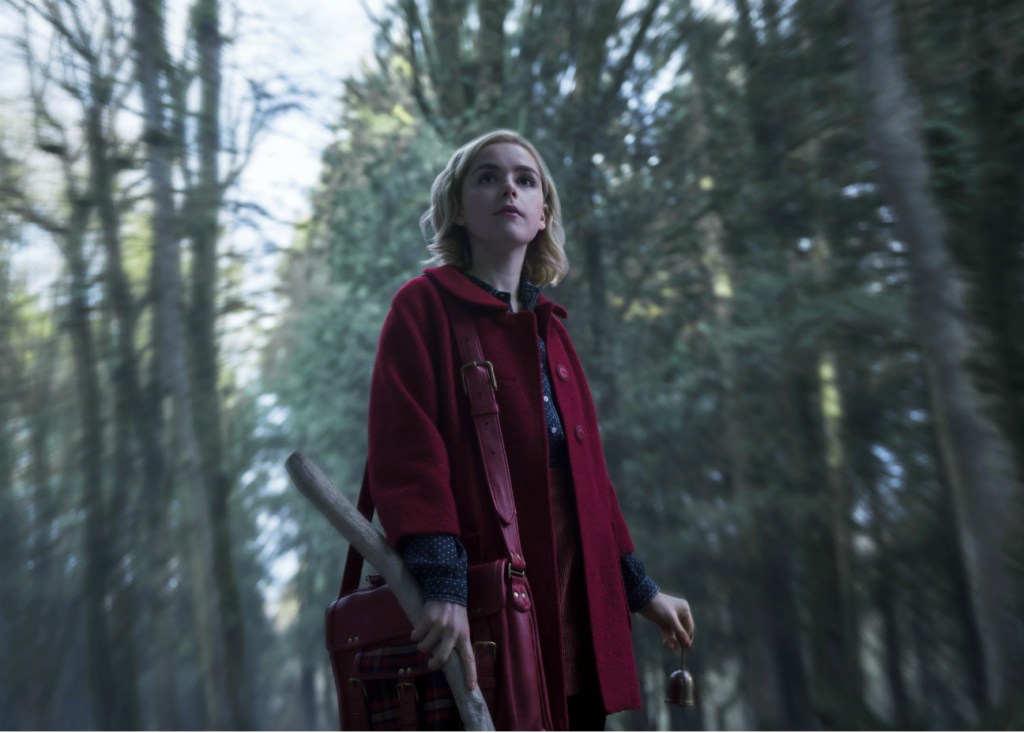 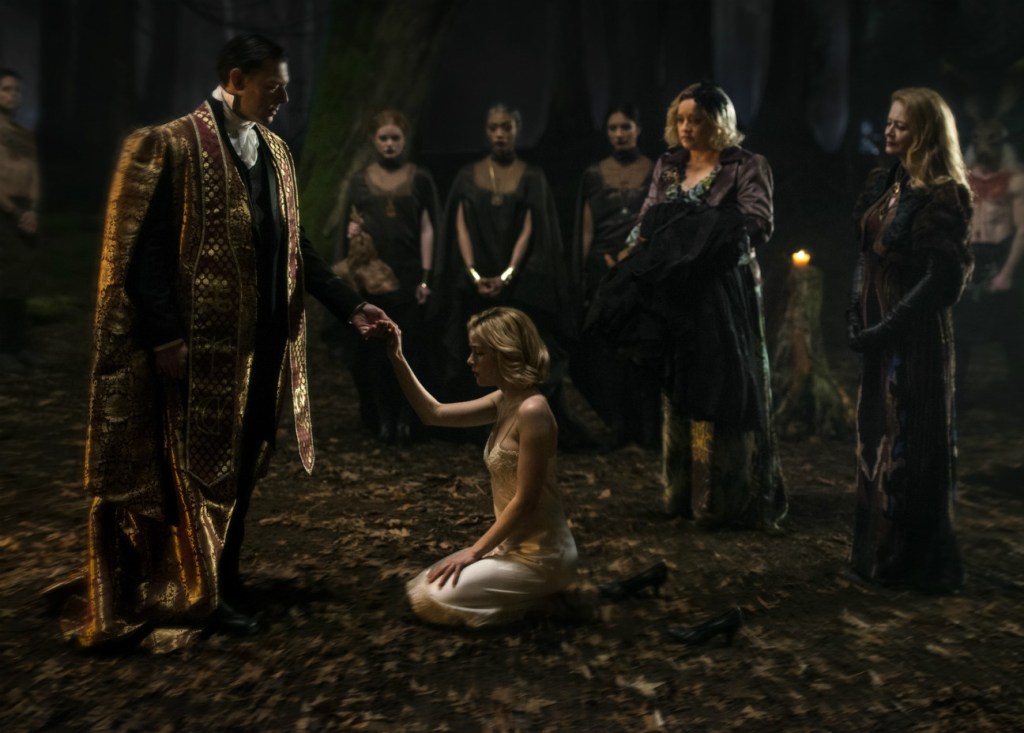