New Girl has moved on. The Fox comedy aired its final episode on Tuesday night, an hourlong sendoff that saw star Zooey Deschanel’s title character finally get married — before segueing to an affectionate ode to the ensemble.

“Ending the show with the wedding would make it feel like the whole show was about Nick [Jake Johnson] and Jess [Deschanel], and it wasn’t,” says Liz Meriwether, New Girl‘s creator and showrunner. (Meriwether, who gave birth to her first child in April, has new comedy Single Parents set for ABC in the fall.)

The episode had its finale-requisite guest appearances — Jamie Lee Curtis and Rob Reiner, as Jess’ parents, Zoe Lister Jones’ sublimely snide politician and Ralph Ahn’s taciturn “Tran” among them — and more than its share of sentimental moments. It also offered one last comedic twist. Nick and Jess’ long-brewing eviction from the loft, the sitcom’s primary set piece since the pilot, turned out to be an elaborate prank planned by Winston (Lamorne Morris). The moving truck was already full when they found out, so they left anyway.

'The Dropout' Showrunner Elizabeth Meriwether Says She Put Off Writing the Show's Finale: "I Was Really Afraid"

New Girl was a true breakout when it premiered in 2011. Fox gave the green light for this eight-episode seventh and final run last summer. But, for a moment, the proper sendoff almost didn’t happen. Fans of the show are likely pleased with the timing, as that move seems like it would be far less likely at the Fox of 2018. Much of the comedy block got the guillotine last week in a move away from quirky single-cams, a genre that New Girl really heralded for the network.

Meriwether reflects on that unique legacy and the last episode.

Most comedies probably would have just ended with the wedding.

It’s something we talked about a lot. We wanted the end to be the gang in the loft. Initially we’re going to have a big, kind of bells-and-whistles finale with a lot going on and a lot of plots getting tied up. But the simple episodes, the ones were everyone was just kind of stuck together in the loft, those were my favorites. I wanted a finale that felt like our show, simple and small and about our people in this space. That’s what it’s always been. So we decided to tie up all those loose ends in the first half-hour, and the actual finale was free to be about our group hanging out.

Was the eviction always going to be a prank or was that a decision you made on the fly?

That came pretty close to the beginning of the season. I think it was [writer-producer] Berkley Johnson’s idea. We knew we wanted to do one last Winston prank. It felt like having to leave the loft was sort of expected, in terms of a finale. The prank made it a little bit different. Then we had to work backwards to make sure it works as a prank … which it kind of does. [laughs] Really, Winston would have had to spend a lot of time on that.

I know! We wanted to do more with her, but she’s on Life in Pieces now. She wasn’t really available. But it was great to bring everyone we wanted to see more of for one last time.

I get why you didn’t end with the scene of them all standing on the last packing box, but it’s a really sweet shot.

We wanted to end with True American, so we were trying to figure out what that meant. When we landed on the idea that the game — the packing edition of True American — was going to be what got them out the door, there’s the whole issue of them not being able to touch the floor. It’s lava. [laughs] Just seeing the loft empty, them crowded on the last box, was going to feel like real change for them — and in a good way. It was like the last thing we shot, I saw it on the monitor and thought it was amazing. That’s the moment in the finale where I always get emotional. It’s a good image for what the show was, these five people clinging to each other to survive in the world. 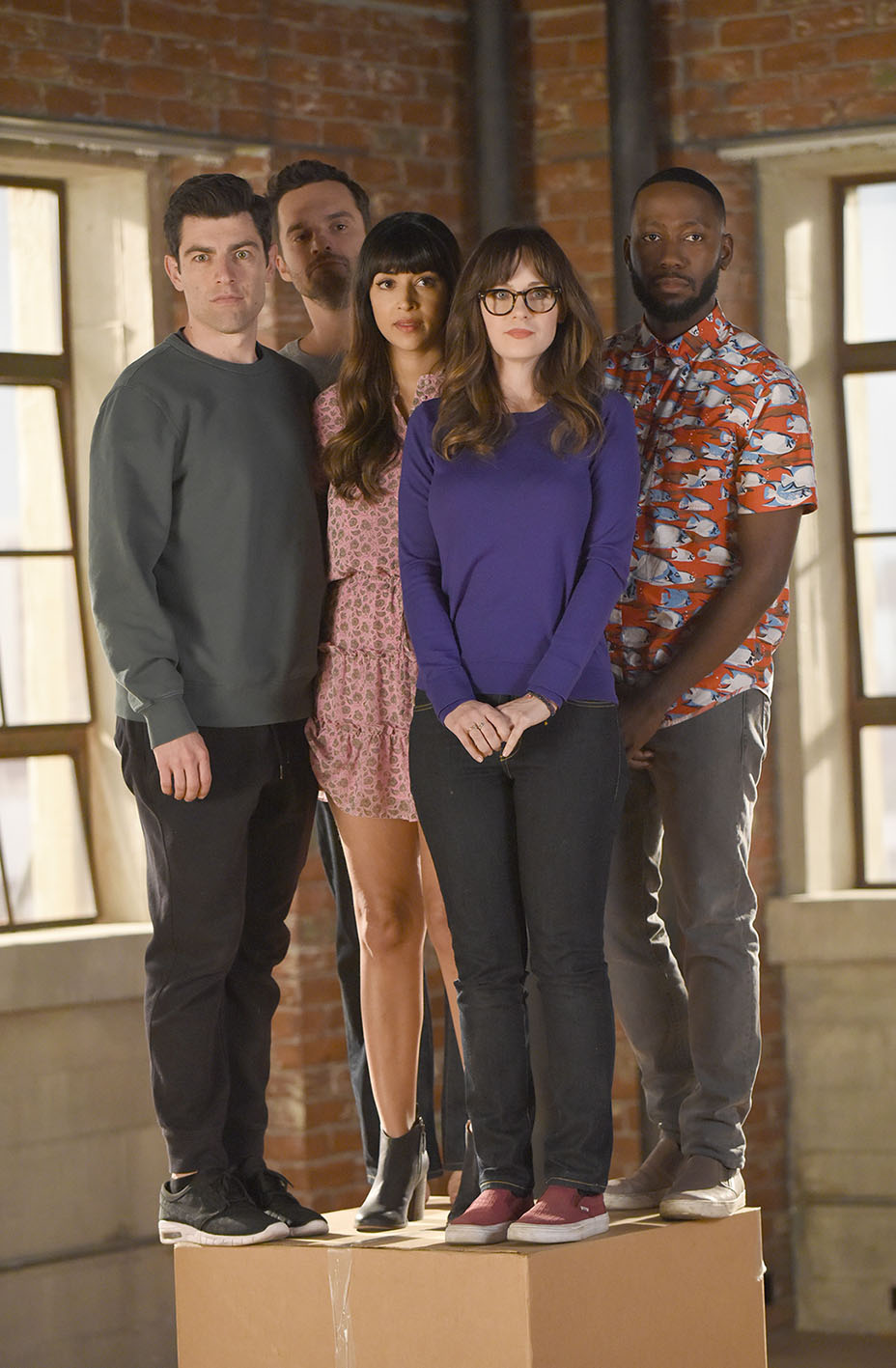 Did you go on location to film in front of the actual loft for the end?

We had to reveal the prank, so that kind of had to be the end of the show. We had built an outside of the loft on the lot, but we went downtown for that scene. We wanted to see the building and them actually drive away.

What are you going to miss the most?

These characters are kind of my family at this point. I’m still going through life thinking, “This would be a funny Nick story.” I have to train myself to move on. [laughs] I think I’m really going to miss going to the writers room and just laughing really hard.

Are there any directions the show went in that sort of surprise you, looking back?

There was so much I didn’t know when we started the show. I knew I wanted Nick and Jess to get together by the end, but that was literally it. Everything else we did surprised me. I think we were all surprised by how well the Schmidt (Max Greenfield) and Cece (Hannah Simone) relationship ended up working and how much we got out of that. There definitely wasn’t a map.

This was your first show. What was the biggest lesson for you?

Just learning how television worked. I was a playwright, and I made one movie. The most amazing thing I learned was collaboration and how incredible it is to work with other people and build a world with their ideas. Once I opened up to the people around me, the other writers, and trusted them and let them do their job … I had a lot more fun on the show. I had to give up trying to do everything by myself, which was always my initial instinct. It’s been seven years. I was 29 when the show started.

Who got most emotional at the wrap party?

No one really got emotional, because we were all drinking — not me though! I was pregnant. Honestly, being pregnant through all of season seven made it more emotional for me than anyone. We had to go back and watch a lot of old episodes to see what people said in certain scenes, and I’d just start crying. So, the answer is me.