Paw Patrol, Blaze and the Monster Machines, Rusty Rivets and Top Wing have all been picked up for additional seasons.

In addition, the cable network is giving its preschool brand Nick Jr. a new on-air look.

Paw Patrol will return for a sixth season with 26 new half-hour episodes. This season will find the heroic pups transform into the greatest team of superheroes the world has ever seen — Super PAW — and introduce a new superpowered character named Tracker.

Blaze, back for a fifth season with 20 new half-hour episodes, focuses on monster truck Blaze and his eight-year-old driver, AJ, who will travel over land, under the sea and into space as Blaze transforms into new vehicles. The series is touted as the first preschool show to comprehensively cover all areas of STEM (Science, Technology, Engineering, Math) in every episode.

In the third season of Rusty Rivets, featuring 26 new half-hour episodes, Rusty and Ruby go on new adventures as they discover new locations with their robotic dinosaur builds, which include a brontosaurus Mobile Rivet Lab, a speedy robotic raptor and a daredevil robotic pterodactyl. Inspired by the DIY culture of the maker movement, the show aims to help preschoolers gain confidence and fuel their creativity with a focus on inventing, creating and problem solving.

Meanwhile, 26 half-hours have been ordered for season two of Top Wing, which follows the four cadets as they graduate to a new level and tackle new rescues on land, through the sea and in the air with the help of an upgraded HQ Command Flyer and brand-new uniforms and vehicles. Top Wing features storylines that help preschoolers build self-confidence and includes lessons about perseverance and hard work.

Overall, Nickelodeon said it has a preschool slate of more than 300 returning shows and new series for the 2018-19 season and is home to eight of the top 10 preschool shows on TV, including Paw Patrol, Blaze, Rusty Rivets, Shimmer and Shine and Thomas and Friends.

Meanwhile, Nick Jr. has introduced a brand design refresh that shows real kids playing with some of Nick Jr.’s animated characters. It’s intended to reflect the playfulness and imagination in kids’ lives and support on the network’s mission of making the world a more playful place.

The new look consists of more than 400 deliverables, including bumpers, IDs, lower-thirds, parent-directed curriculum messages and promo packaging that will initially roll out in the U.S., followed by international channels later this year. 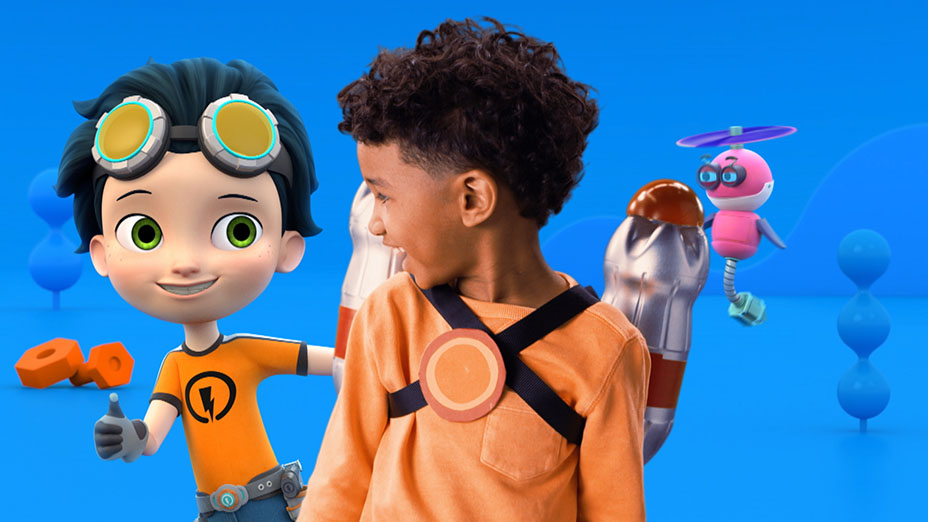