There are no current plans to expand Hulu’s well-received limited series adaptation of Normal People. But like most limited series of late, there’s definitely a possibility that the story of star-crossed Irish lovers Marianne (Daisy Edgar-Jones) and Connell (Paul Mescal) could continue. And there’s already a pseudo-sequel in the works: an adaptation of author Sally Rooney’s first book, Conversations With Friends, from the same creative team — executive producer Ed Guiney, executive producer and director Lenny Abrahamson, and series co-writer Rooney herself.

“We’re not thinking about a second season at the moment,” Guiney tells The Hollywood Reporter on a late-April Zoom call with Abrahamson from their homes in Ireland. “Maybe in the future at some point in time. What we are doing is the same team are adapting Conversations With Friends, which is Sally’s first book. Obviously [it] is a cousin of Normal People in a way, but it’s also quite different. We’re actively developing that and Lenny’s going to direct the opening episodes of that again, and that’s very exciting and a lovely thing to be working on during the lockdown.”

Viewers who have binged the entire 12-episode season and read Rooney’s best-selling novel know that the Normal People series follows the original text very closely, which was something Guiney and Abrahamson intended from the very beginning. 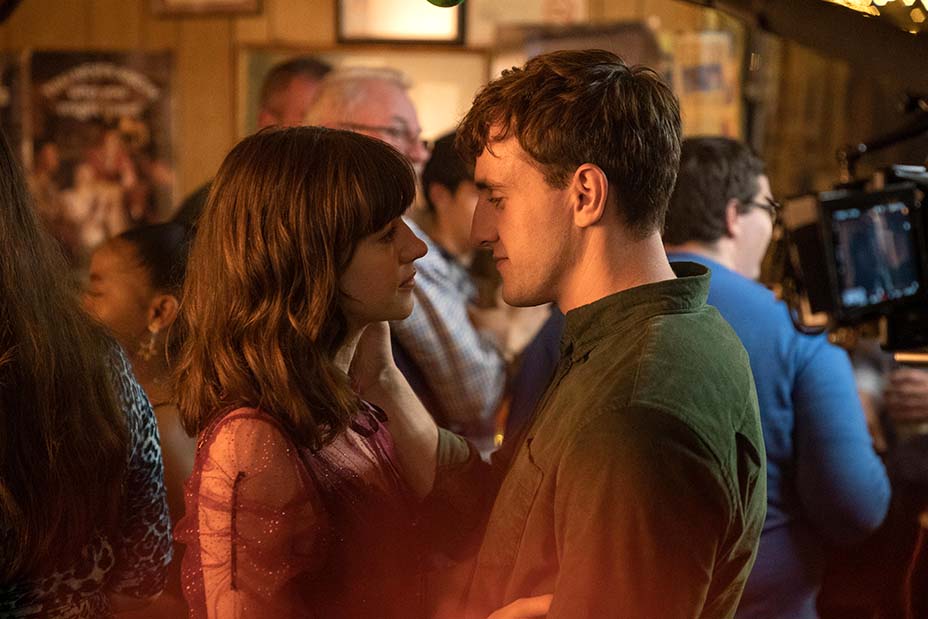 “It’s a different medium, and it needs all sorts of shifts in the language of how you tell a story to give the same sort of experience in the series,” says Abrahamson. “But in terms what we were trying to do, we wanted to tell that very story. That was everybody’s intention. And we had Sally working with us, which was fabulous, because it gave us access to all of her thinking when she was writing the novel and her sense of some of the aspects of characters’ lives that aren’t in the novel that we could still draw on for the actors and for ourselves. But yes, it was always our intention to stick to the novel and even in scenes which are new, and they’re almost all inspired by brief mentions of days spent together that aren’t shown, that aren’t gone into in detail in the novel but they’re still mentioned — a trip to the beach and things like that. And then there are some other scenes which are new, but they’re subtle, and they’re around supporting action that is fundamental to the book.”

Of all the IP Guiney and Abrahamson have adapted for the screen, Guiney says Normal People has hewed closest to its source material. Although early conversations involved fleshing out the lives of some of the secondary characters, it was the central storyline of Connell and Marianne that was the most compelling.

They did make a few very minor changes, however. Notably, the very end of the series stretches one vital scene, in which Connell tells Marianne he’s been accepted to grad school in New York, into two.

“I would say one difference was in how we present the end. A scene that was one scene in the novel becomes two scenes separated by a passage of time at the end of the adaptation,” says Abrahamson. “That was something we decided to do that felt like, from a screen storytelling point of view, probably was a way of getting into what’s happening in the novel in a way which is more native to our medium. There are some aspects of [Marianne’s] relationship with Lucas and Sweden which are shifted a little bit. I think generally speaking we are remarkably faithful to it. All the changes are subtle emphases and differences of dialogue, or scenes which don’t have dialogue in the novel which we add to, or things like that.” 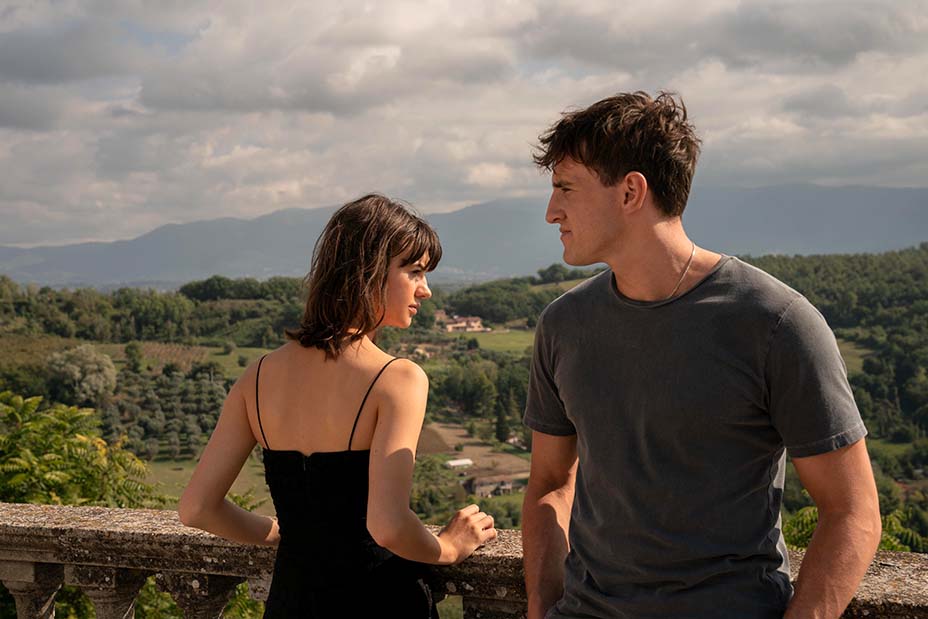 “It’s very difficult to do, to make a character who’s so withdrawn compelling to watch, and between the two of them [Mescal and Edgar-Jones] they really managed to make that happen. I think it’s very well-handled and it’s an important topic as well because it’s something that happens all too often that men, particularly young men, fall into deep depressions and some of them don’t come out. I always found it very well-handled in the book as well. But I think somehow it’s something that maybe is particularly powerful onscreen because you really are watching him and feeling his distress and his general decline. What’s important is that it’s really the combination of that therapy he undergoes but [also] his relationship with Marianne which gives him a deeper human connection [and] pulls him out of it. In the same way that in episode nine, it’s his connection to her and his assurance to her that she has value that helps her to pull herself out of her decline [with her abusive boyfriend in Sweden]. Those two episodes work very well together, and I think both the actors are spectacularly good in the darkest moments of both their arcs.”

While the majority of the series was filmed on location and on stages in Dublin in 2019, there were also trips to the Italian countryside outside of Rome and a very recent shoot in Sweden, where Marianne studies abroad, that wrapped shortly before the novel coronavirus shut down film production in Europe.

“We actually had to wait until very recently to shoot the Swedish stuff because we had to wait for snow,” says Guiney. “Some of the scenes with snow were shot with fake snow in Dublin, but to really locate it in Sweden we had to wait and actually just shot it before Europe shut down due to coronavirus, so we just got that done by the skin of our teeth, not that long ago at all.”

Right now, Guiney and Abrahamson are working with Rooney to adapt Conversations With Friends for the BBC, which also co-produced Normal People with Hulu. Rooney’s 2017 debut novel tells the story of a pair of Dublin college students and the unexpected connection they forge with married couple Melissa and Nick.

There’s always the possibility that Normal People could return, but for now the book is closed on Connell and Marianne.

“It feels like we tell a very complete story about these characters’ lives, and so it’s not something we’re moving to do,” says Guiney. “Maybe there’s a version of it down the line.”

Normal People is available to stream in full on Hulu.