Netflix’s surreal sci-fi eight-parter The OA proved to be a talking point for many reasons. While much of the conversation may have focused on the somewhat head-scratching nature of the plot, there was a sizeable amount of interest in Patrick Gibson, the young Irish actor playing Steve Winchell, a troubled bully who finds an unlikely connection with Brit Marling’s blind protagonist Prairie Johnson.

But although The OA — which has been renewed for season two — may be considered the 21-year-old’s “breakout moment,” it’s not the only project threatening to thrust Gibson into the limelight, and not the only one landing in the first half of 2017. Other recent credits include Brit WWII comedy Their Finest, which opened last week, while this Sunday sees the launch of two major TV shows: the Starz period epic The White Princess and John Ridley’s Guerrilla, a ‘70s-set civil rights drama with Showtime/Sky, also starring Idris Elba and Freida Pinto. Gibson has also just wrapped on indie rom-com In a Relationship with Emma Roberts and last month was cast in one of the lead roles on Fox’s teen sci-fi adaptation, The Darkest Minds. And it’s only April.

The Hollywood Reporter grabbed a rare spare second with Gibson (actually while he was back in Ireland and about to fly to the U.S. to shoot The Darkest Minds) to discuss his busy 2017, flicking between three (very) different accents in the same week and being recognized on the streets in Los Angeles (and not knowing how to behave).

You’ve had quite a year so far.

With The OA, did you expect it to become such a talking point?

I didn’t really have any expectations for it. I’ve kind of been acting since I was very young, and I feel like every time I build something up in my head or have expectations or something, you can be disappointed. But yeah, when it did it was a shock.

It’s a rather strange show. Did you sense its strangeness from the start?

Yeah, totally. It’s interesting because the script is actually very close to what the initial inception was, what’s there on the page. Which is kind of strange. For such an unusual show, you kind of expect that they had the idea and then the scripts and then sort of ran with it. But in pretty much all ways it was identical to how it was on the page. And yeah, it definitely took a couple of reads to get my head around it. I don’t know if I ever did quote get my head around it.

'The OA' Creators Defend the Series’ Most Controversial Twist: The Movements

Season two has been green lit. Is Steve coming back?

I don’t know how much I can say. I would love him to. But I get in trouble for saying things I’m not supposed to say all the time. But we’ll see. Who knows?

Because of the role, are you now getting recognized on the street?

It does happen! In L.A. it was happening about four times a day, it was really bizarre. And I never know how to react. I’m just really awkward, like a total eejit. But people are always very kind and lovely. They don’t treat me like Steve at least. But it’s very strange. 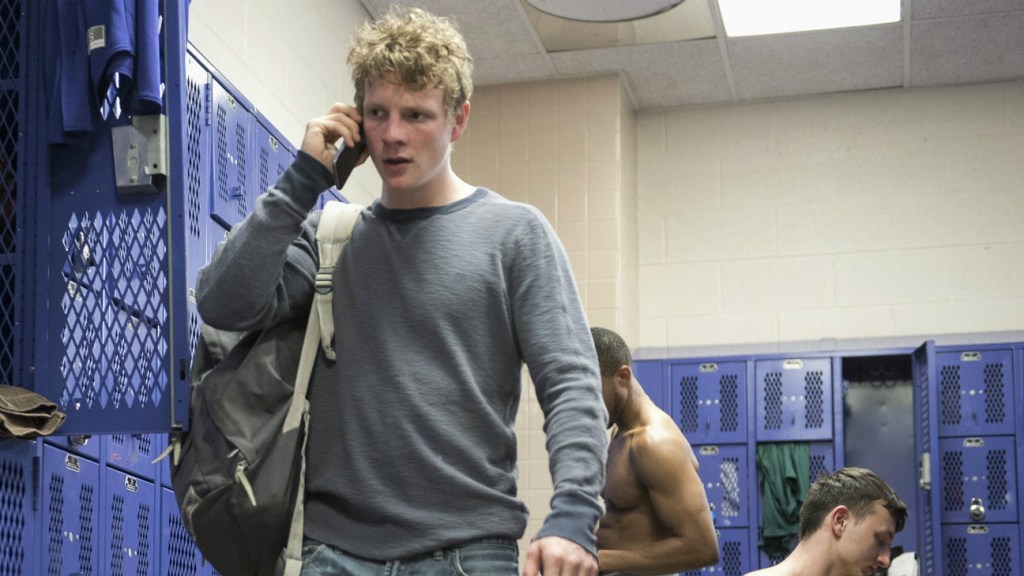 How big is your role in The White Princess?

I’m a character who was sent to the Tower of London and comes back claiming to be the rightful heir to the [English] throne. I basically try to claim that Henry VII is an illegitimate king and I have the rightful claim. It’s so complicated.

And do you lose your head in the process?

Ha! Who knows? I guess anyone who’s read Wikipedia might. But I won’t spoil that one.

Guerrilla, set in early ‘70s U.K. amid the civil rights and British Black Power movement, covers a period of modern history never really discussed before onscreen. Did you know a lot about it?

Yeah, I actually did. I was kind of aware of the Black Power movement, the Mangrove Nine and all that was happening with the Notting Hill riot. My dad was actually at the Notting Hill Carnival when it happened so was very aware of it. Before I knew about the show he’d told me about that stuff. It was on my radar. But it’s mad that there hasn’t been much from that period. But it was such a fascinating and important era.

What involvement does your character, Connor, have?

I’m the brother of Denise Gough’s character, Fallon. Basically, we moved from Northern Ireland and we’ve moved over to London when quite young. I get involved in the IRA, but not really in a major way. I’m kind of a lost kid looking for something to belong to. When Fallon’s boyfriend, who is black, is targeted by the police and ends up being killed through police brutality, the police kind of go through me to get to her. It’s quite intense. I think that was the week I was shooting White Princess and that simultaneously, and I think they both come out on the same day. And that week I think I had ADR for The OA. So I was doing an RP old English accent, then a Northern Irish Derry accent and then going off to do an American, all in the same week.

Do you find yourself accidentally slipping into one of the accent when you shouldn’t?

In Darkest Minds, you’re playing Clancy Gray. Is he a major character?

I don’t really know how much I can give away. The story is basically that 99 percent of the world’s kids die really suddenly and the one percent left are given these strange powers, and the government whisk them off to camps. Clancy is the president’s son, kind of a poster boy for the idea that these camps can cure people of their weird powers. He comes into it probably about two thirds into the movie.

With all this activity, have you been eyeing up a move Stateside?

Recently I haven’t really had a chance to think about it. But yeah, I don’t know. At this stage I haven’t even thought about where I want to live. I’m just kind of enjoying going where the wind takes me. But I love it over there and I can imagine one day it happening. But I’m only 21.

John Ridley Responds to 'Guerrilla' Race Debate: "This is Going to Be a Conversation Starter"