Continue to The Hollywood Reporter SKIP AD
You will be redirected back to your article in seconds
Skip to main content
August 4, 2018 10:15am
Logo text

[This story contains major spoilers from the entire sixth season of Netflix’s Orange Is the New Black.]

Alex Vause had a surprise up her sleeve in the Orange Is the New Black finale.

During the supersized, 84-minute season six episode, the Netflix prison dramedy paused its maximum security infighting so it could hold a secret prison wedding for Alex (Laura Prepon) and Piper Chapman (Taylor Schilling). Alex — with officiant Nicky Nichols (Natasha Lyonne) and witness Lorna Morello (Yael Stone) in tow — planned the wedding Piper so desperately wanted to have before leaving Litchfield.

“It was a sense of normalcy for Alex and Piper,” Laura Prepon tells The Hollywood Reporter of the starring pair arriving at the milestone moment after getting engaged in season five. “With these women in prison, anything that gets you to forget where you are, even for a few minutes, is pretty magical. That scene in that moment was about their union and their love and they did what they could with it, considering they are in a Max prison.”

While the Litchfield nuptials signified a full-circle moment for the formerly tumultuous couple at the center of OITNB, the scene also carried with it a heavy weight. The even bigger finale twist was that Piper was being let out of prison on early release, meaning that the wedding sequence doubled as a final prison moment for the scene partners, who are likely to have glass between them when the show returns for its already-renewed seventh season next year.

“I’m not really a wedding vows person — that isn’t my forte, but I was really excited to do this for the fans of this show,” Brian Chamberlayne, who wrote the episode titled “Be Free,” tells THR of penning Alex’s prepared vows and Piper’s impromptu speech. “I have always been a fan of their relationship, so getting a chance to do a momentous moment like that was a big deal. And then to be on set when they’re shooting it really did feel like something special. It was beautiful. And they all brought it. Natasha was amazing. It was really a beautiful, beautiful scene to watch.”

With Alex still facing four years left on her sentence, Prepon says her character planned the moment with Piper in mind. “I think Alex would have been okay just being engaged and knowing they are together, but Piper really wanted to do the ceremony,” she says. “She really wanted that box checked: Ok, we did it, we’re married. I think Alex knows that about her, so as Piper’s going-away gift, she plans the whole thing.”

Behind the scenes, Prepon was actually “deathly ill” and worried about getting Schilling sick. “We almost pushed the scene because of the kiss at the end. There was this whole conversation about whether or not we should push it, but when I talked to Taylor she was like, ‘No, let’s do it,'” Prepon recalls with a laugh. “So that whole day while we were at the altar, stationed around us on the windowsills were tissues and cough drops and all this stuff for me.” 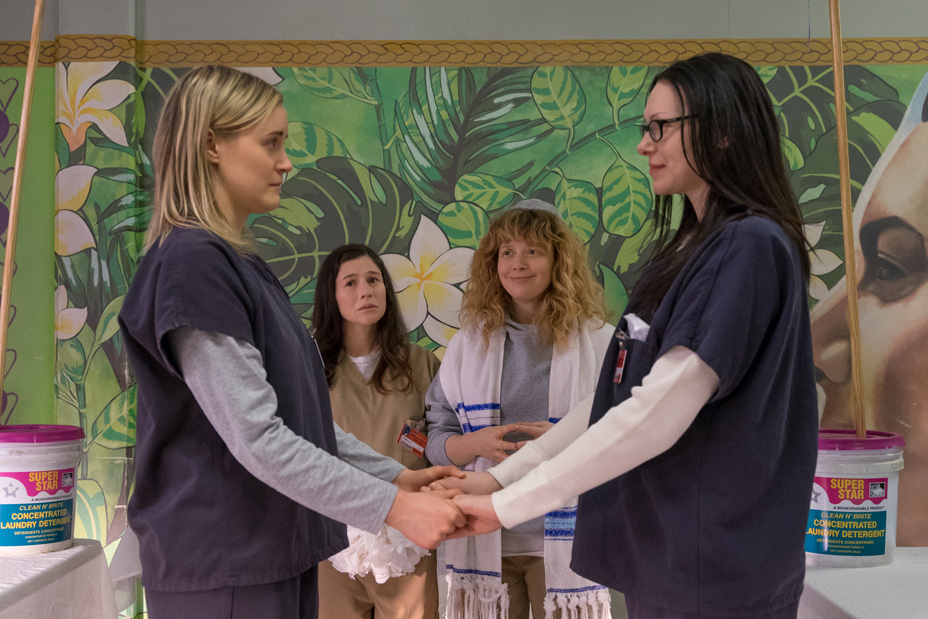 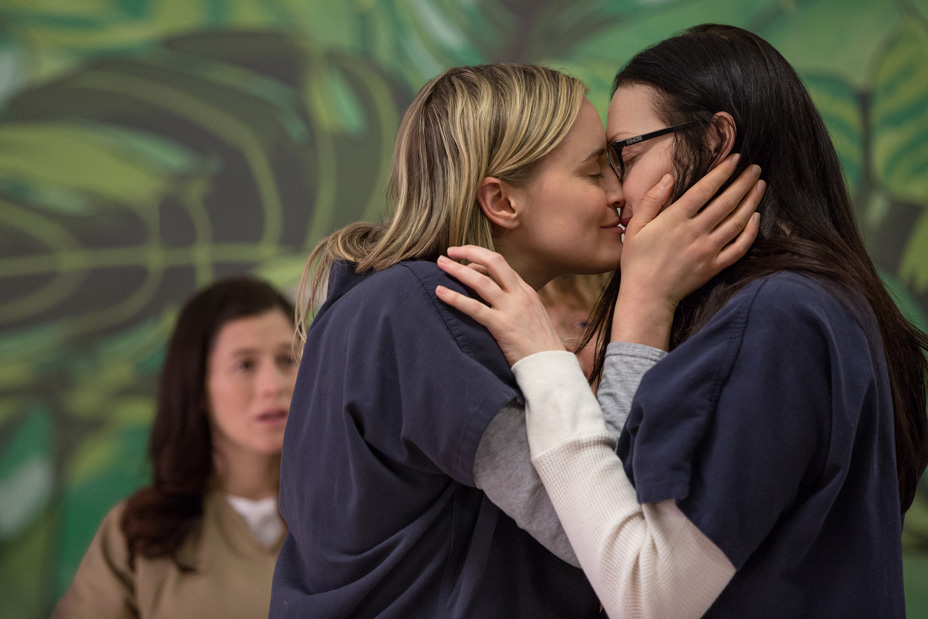 For Schilling, whose character ended the season with mixed feelings about her newfound freedom, the one thing she seems confident about is how Piper feels about Alex.

“I think that’s the love of her life,” Schilling tells THR. “I’m not quite sure what that means all the time, but I think there comes a point in life to either commit to partnership or to not. Either one is totally valid, but it seems to me that Piper decided to commit to a life lived in tandem with Alex and to just work through the stuff with another human. So, I’d love to see her continue that on in perpetuity, to stick with it.”

With the seventh season set to follow Piper’s post-prison journey on the outside, executive producer Tara Herrmann admits that the marriage between Piper and Alex will add more depth to the road they face. “As we were thinking of Piper on the outside, having them be married just creates a lot more stories for us and possible conflict. Plus, Nicky as the minister (laughs), how can you not have that?” she tells THR.

“What’s significant to come out of the wedding is that, in the way that weddings are for most people, it was a statement to each other and to the people around them that they’re going to try their hardest,” Chamberlayne added. “It might not be legal, but it was a big deal that they got to do that. Especially given how long it’s going to be before they see each other again, physically, and have physical contact.”

When OITNB launched in 2013, the diverse characters and stories it introduced were even more groundbreaking given the same-sex relationship at the center of the show. Now, at a time when LGBT representation on television is moving in the right direction, one thing Prepon, Schilling and Chamberlayne all agree on is that Piper and Alex’s wedding was not meant to be a political moment.

“It feels like we’ve already come to a place where gay marriage is no longer a political statement,” says Schilling. “Where it’s a fact of life for many people and that there are now much more vulnerable populations and other members of the LGBTQ community, like the transgender community, that need to be made visible and have their voices amplified. So while on some level it’s always the case, the beauty of it is that, to me, it seemed less like a political statement and more of just a continuation of the storyline — which is probably in and of itself the biggest political statement that can be made.”

Prepon agrees, recalling how the show’s third season had just released when same-sex marriage was legalized in all 50 states. “When the law got passed for same-sex marriages, we were filming [season four] and that was incredible,” says Prepon. “Our show does parallel a lot of things that are going on. Even with season five — all the girls fighting against the powers that be, standing up for themselves and having a voice — there was a lot going on parallel to the political world at the same time. When that law was passed, we were making the show and representing a couple of same-sex orientation, so it was really magical to be a part of that. But when we were doing the wedding scene, we didn’t feel like it was making any sort of statement, and it shouldn’t be. It was a scene about two people who love each other getting married, and that’s what’s so great.”

Chamberlayne echoes: “For us, it was just two people who we love and who were excited about getting the opportunity to be together.”

How do you think Piper and Alex will fare in season seven? Sound off in the comments below, and bookmark THR.com/OITNB for more from Prepon and the Orange Is the New Black cast on season six.