[This story contains major spoilers from the entire sixth season, including the finale, of Netflix’s Orange Is the New Black.]

For Taylor Schilling, her time playing Piper Chapman on Orange Is the New Black has always been synonymous with Litchfield. After the sixth season of the Netflix prison dramedy, everything is about to change.

OITNB and its star will be breathing in some fresh air when the show returns for its already announced seventh season. The Jenji Kohan-created series delivered a massive twist in the finale of season six (all 13 episodes are now available for streaming) by letting its starring inmate out of prison on early release. Though Piper leaves Litchfield a completely different person than when she went in, her bittersweet season six ending stands in stark contrast to two other major storylines. Taystee Jefferson (Danielle Brooks) was sentenced to life in prison for a murder she didn’t commit, and Blanca Flores (Laura Gomez) is facing deportation and a transfer to the for-profit prison’s new immigration detention center.

“Both Taystee and Blanca have treacherous, devastating roads ahead of them, whereas Piper, given her privilege, has a comparatively easy transition back,” Schilling tells The Hollywood Reporter about the cliffhanger.

Now that Piper is out, her postprison journey will be a new vessel for OITNB to continue to tackle some of its most timely and impactful stories about the prison industrial complex and current political climate. Executive producer Tara Herrmann has already assured THR that Piper is the “grounding force of the show” and that the plan is to follow her outside of prison. While it’s unclear exactly how meta fictional Piper’s seventh-season arc will get compared to the real Piper Kerman’s postprison path, Schilling has a few hopes of her own about where she would like to see the character end up.

In the chat below with THR, the star goes inside the emotional and “vitally important” finale while opening up about the possibility of her time on OITNB nearing its end.

When did you find out that Piper was getting out of prison on early release?

I actually knew far into shooting last season that Piper was going to be getting out at the end of season six; so I’ve known that for a while and I had to keep it a secret. But I knew that’s where we were headed — I sort of had an inkling. I don’t quite know why, but I did. And then everything started; she won the [PolyCon, the corporation that owns Litchfield,] lottery so she was able to get out.

As the actress who has played this character for six seasons, what were some of the emotions you experienced when finding out that Piper is leaving prison, and that everything is about to change?

It certainly is an end of an era. Orange has been such a huge chapter in my life, personally and professionally. I’m so grateful to have been able to play this part of Piper. I’m excited to let Piper go and put her to rest beautifully, as I’m sure Jenji will do, and let her kind of live on in her own world, when that time comes. As her time at Litchfield is coming to an end, it’s just about reflecting upon how grateful I am to have participated in something that has brought so much visibility to the prison system in our country. How much needs to be fixed, how much is broken and how no one is immune from its reach, but there are certainly particular populations of people in this country that are being used and abused in ways that need a voice. So I’m really grateful that that’s an element of this show, because it feels like it’s given me a platform for my own activism. Moving forward, there’s a lot to be grateful for.

The biggest contrast this season is seeing Piper’s journey playing out alongside Taystee’s. As Piper is walking free, Taystee is being escorted back to prison from her trial to serve out a life sentence for a murder she didn’t commit. How do you feel about the show highlighting that reality of the criminal justice system in the finale?

It feels as though if you are a white person, particularly a white person with money and financial means, that the law doesn’t touch you. And conversely, people are punished for being poor, as opposed to being punished for any kind of crime. There are parallels between a black or brown person committing a crime and a white person committing the exact same crime, and the disparity in sentencing is remarkable. It’s incredibly important to bring that to light and I’m glad that we’re having a chance to talk about that through the show, and particularly through that dynamic with the Piper-Taystee parallel. Seeing that happen and how their two paths contrast each other so darkly, it really hits the message home.

Piper has also had this budding friendship with Blanca, and Blanca’s season six ending is another dark contrast in the final moments with the unveiling of the detention center.

And particularly, now that Litchfield is a privatized detention center. That is happening: There are massive corporations that are making huge amounts of money off of detaining immigrants, and they’re making huge amounts of money off of imprisoned people. I thought that was a very interesting thing that they put in. Both Taystee and Blanca have treacherous, devastating roads ahead of them, whereas Piper, given her privilege, has a comparatively easy transition back. There’s no comparison to the devastating consequences that Taystee and Blanca are facing. There’s no comparison to Piper going back and maybe struggling while having food, a home, a network that supports her and having access to work, basically because she is white. It’s a vitally important part of the story. It’s a vitally important part of this entire arc of seeing this white woman enter the system and then leave the system. It has to include the disparity of re-entry [into society]. And now more than ever, as I think these conversations about privilege are being had and are much more present in popular culture, there’s even more room for us to examine it in depth. 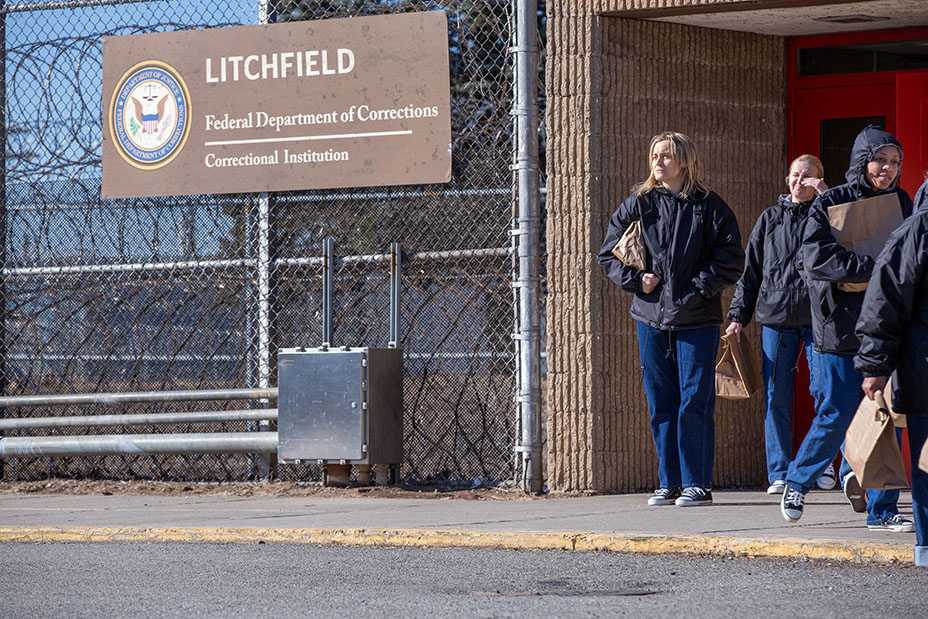 Have you had discussions with Piper Kerman, the inspiration for the series, or the writers about some of the doors that are now open with OITNB shifting to your Piper’s postprison journey?

I think that it’s going to be interesting to see what Piper’s struggles are versus tracking Blanca, tracking Aleida [Elizabeth Rodriguez, whose character is also on the outside] and tracking Taystee. Certainly, Piper will have her own struggles. But it’s vitally important to see Piper’s struggles in the context of the people that she was incarcerated with, because it’s wildly easier. And it’s based on things that have nothing to do with merit and things that are out of anyone’s control. It’s based on things that have to do with family funds and the color of one’s skin; so, just privilege.

In the finale, when Piper is in the car with her brother, Cal, she is experiencing mixed emotions when he asks her, “So, what are you gong to do now?” What is the very first thing you imagine Piper will do?

In some conversations that I’ve had with women experiencing re-entry, there is an overwhelmed factor to the initial return. I was listening to someone describe not being able to leave her bedroom, and not being able to leave a confined space for a while. So I don’t quite know what Piper’s reaction will be, but I can imagine a tremendous amount of shock and [it] being very humbling. I don’t know. I don’t know what will be next.

How emotional was the finale to film?

Everything that we’re talking about in terms of the political, social and cultural aspect of what’s happening right now, that was emotional. Then the piece of this character whose life has been upended and nothing will ever be the same again in going back, whatever that means. And also, just me as an actor getting ready to say goodbye to a role that I’ve lived with for six years. It’s very poignant. It’s a very poignant moment in time because we’re not done. I’m about to go back and shoot season seven. So it’s a very kind of surreal time. It’s as surreal as it was when the thing came out of the gate and was so powerful those first few seasons. It’s equally as surreal now to be ending it all.

What excites you most about Piper getting out and what are your fears for her? Can she live up to your hopes when she’s on the outside?

I hope so. I really hope she finds a way to integrate what’s happened to her and give back. I think that’s where Piper Kerman went. Piper Kerman is the initial character that Piper Chapman was based on and who our Piper has vastly veered away from. But those first two seasons were sticking more closely to the book [Kerman’s memoir, Orange Is the New Black]. I’d love it if we could return a bit to that and bring Piper back to that woman who was well-educated and actually committed a crime from a place of love. Who was so wildly head over heels in love with a woman that she did something really stupid for [her] and ended up in jail. But the genesis of her crime was just a desire to love and care for the person that she loved. To love and be loved. So I would love to see a return to some of that core, and I can imagine that looking like somebody who, after reconciling the rabbit hole that she’s gone down in prison, wants to give back in some capacity, or to help.

I’m prepared. The thing about acting, to me, is that everything is so fleeting. It all feels like being circus performers and setting up a tent and then tearing it down after a few shows. So it just feels like our run has been extra long. We’ve had a lucky run, but there’s always this part that’s sort of ready for the end. You go in and you begin it ready for the end. It’s a very bittersweet and also beautiful way to exist in the world. So the answer is, yeah. I think I’m ready. I have all the feelings. I’m very excited for what comes next.

'Orange Is the New Black': Inside That Surprise Wedding

What do you hope to see from Piper’s storyline in season seven? Sound off in the comments, below, and bookmark THR.com/OITNB for more Orange Is the New Black season six coverage from Schilling and the team.