[Warning: This story contains spoilers from Friday’s episode of Once Upon a Time.]

When ABC’s Once Upon a Time cleaned house for its current seventh season, showrunners Adam Horowitz and Edward Kitsis promised closure for fan-favorite characters who hadn’t yet gotten a happy ending. Emilie de Ravin was the latest former series regular to return, bidding a fond farewell to Belle, whom she’d played since the series’ first season.

The episode, fittingly titled “Beauty,” played out Belle’s life (with love Rumple, played by current series regular Robert Carlyle, by her side) from her son’s first birthday to her eventual death, with the couple living out their days in a fairy tale cabin at the edge of the realm.

“It meant everything,” de Ravin tells The Hollywood Reporter of being able to tell the rest of Belle’s story. “It’s been such a beautiful story and such a hectic story. Rumple and Belle’s relationship has been such an amazing rollercoaster — and it has been a rollercoaster — and it’s been lovely to be able to focus solely on this new chapter of their life and see that it is possible, through everything they’ve been through, to come to a point of peace and just to have each other and to enjoy life for life without all the interferences of the exterior — whether that be places or people or situations — just to enjoy and to be happy within themselves. 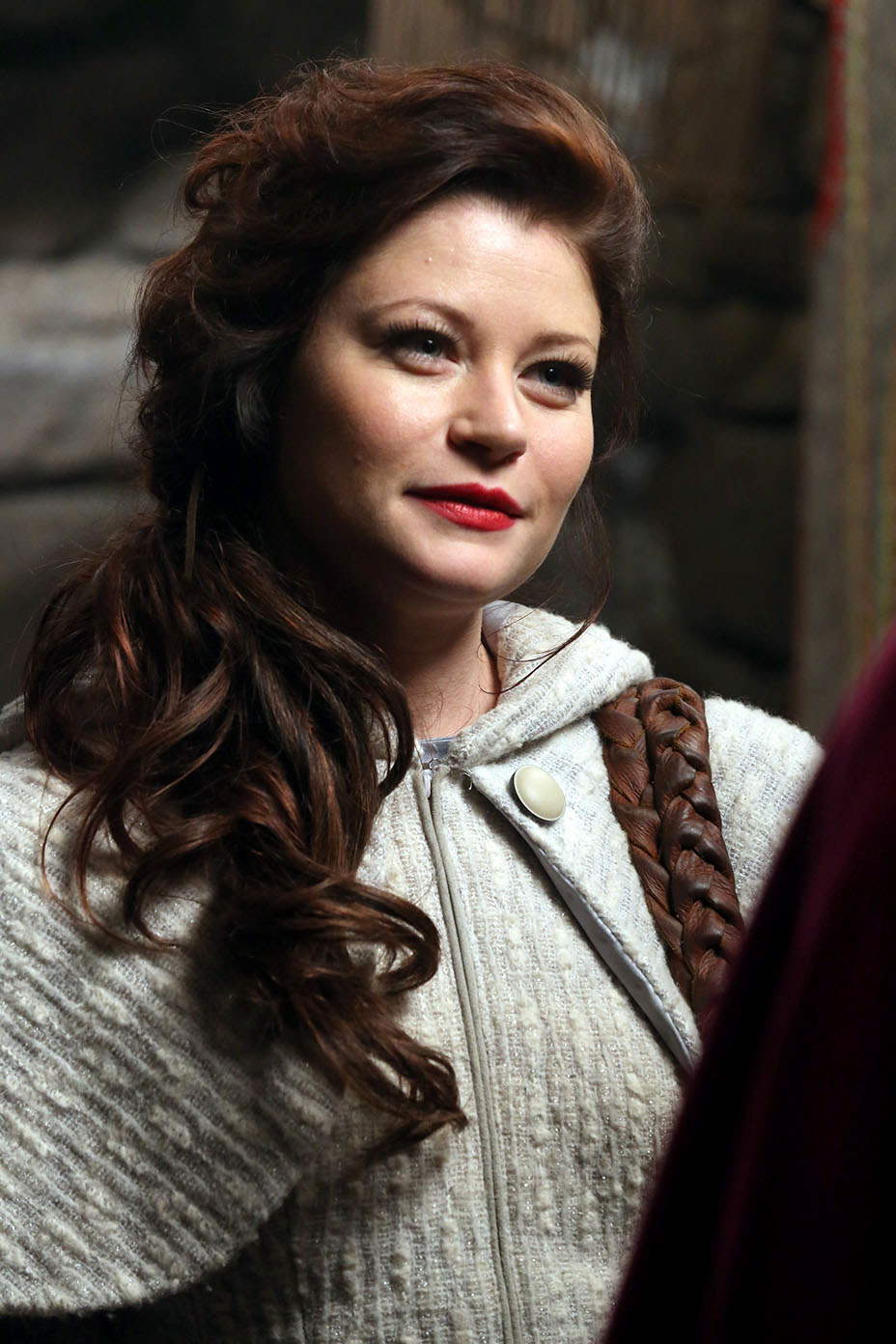 She continues, “Especially for Rumple, to not live every second on the edge, [thinking] ‘the dagger, the dagger, the dagger.’ And for [Belle] not to be ‘is he going to be thinking about it?’ Just to have this change of sanctuary that they built and enjoyed together is so beautiful and it’s a testament to true love. True love not for another person, but true love of yourself, I think.”

The actress started her Once journey as a guest-star in season one and was promoted to a regular for season two. The role marked a reunion for the actress with Kitsis and Horowitz following her role on ABC’s Lost. De Ravin says that working with co-star Carlyle was a highlight of her time on the show, and especially this episode.

“Robbie and I, the day we met, the first episode, it was this perfect click for these two characters. Wonderful friend of mine, amazing man and obviously phenomenal actor. These two characters, it just clicked for me. It just kept working and it was beautiful to work on this episode with him. We had a great time. This one was different in the sense that it was quite emotionally loaded, even more so than some of the other ones.”

Because most of their scenes were filmed on the show’s green screen stage, de Ravin says there was a “different energy” on set.

“It’s not a very calming atmosphere when you’re on these bright, florescent green stages. It’s a little bit like you’re in a hospital or a brightly lit office building. It’s a little bit unsettling and for some reason, the whole crew, everyone just felt differently,” she says. “It was lovely, calm, respectful — a lot of crew crying, and a lot of love was felt in this episode by everyone. It was really cool, really special.” 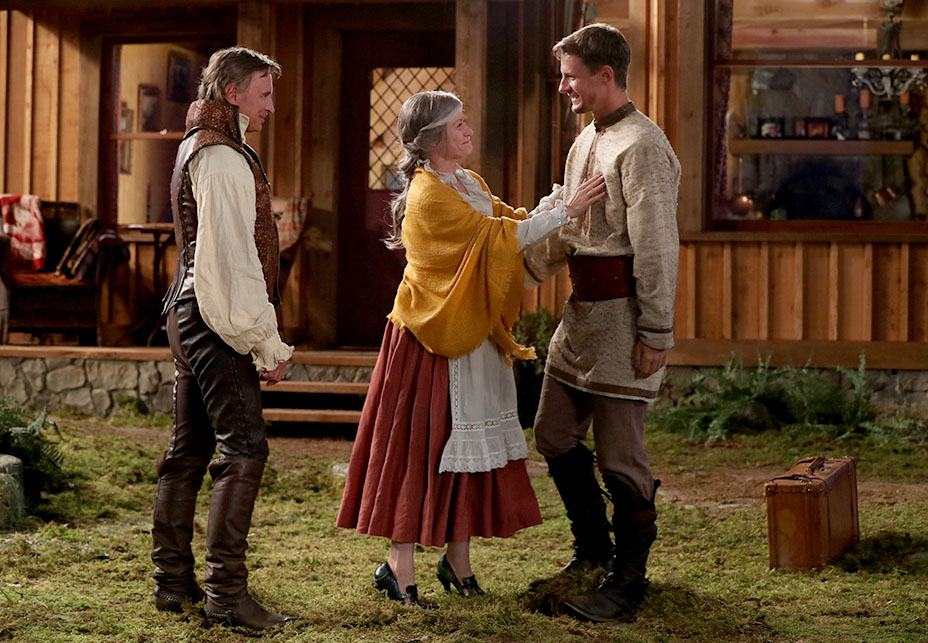 De Ravin cried, too — even while simply reading her script.

“Oh, I could not stop! This is, what, the seventh season of a show I’ve been involved with since the first season? I enjoy reading the scripts over the years, but I don’t think I’ve ever [reacted this way],” she says. “If I needed to go out I couldn’t keep reading the script because I knew I was going to cry. It was a game I started playing. I was like, ‘OK, I can read it again. I’m not going to cry this time.’ I called Bobby and I was like, ‘I can’t,’ and he was like, ‘Yup, me neither.'”

'Once Upon a Time' Guest Star Emilie de Ravin: Her 'Ballsy' Belle and What Made Her Nervous (Video)

In a statement, Carlyle praised de Ravin and their work together over Once‘s previous six seasons.

“Throughout the years Adam and Eddy have provided me with some truly outstanding scripts and ‘Beauty’ is most definitely up there with the best of them. The emotional range this script demanded was exceptional and to have had the opportunity to work alongside director Mick Garris on this piece was a real pleasure,” he said. “Through six seasons I’ve been blessed to have had the chance to work alongside the brilliant Emilie de Ravin, and being reunited with Emilie once more on this beautiful episode was such a joy. The entire ‘Rumbelle‘ journey has been one of the most intense in my entire career and sharing that journey with Emilie has been an absolute delight.” 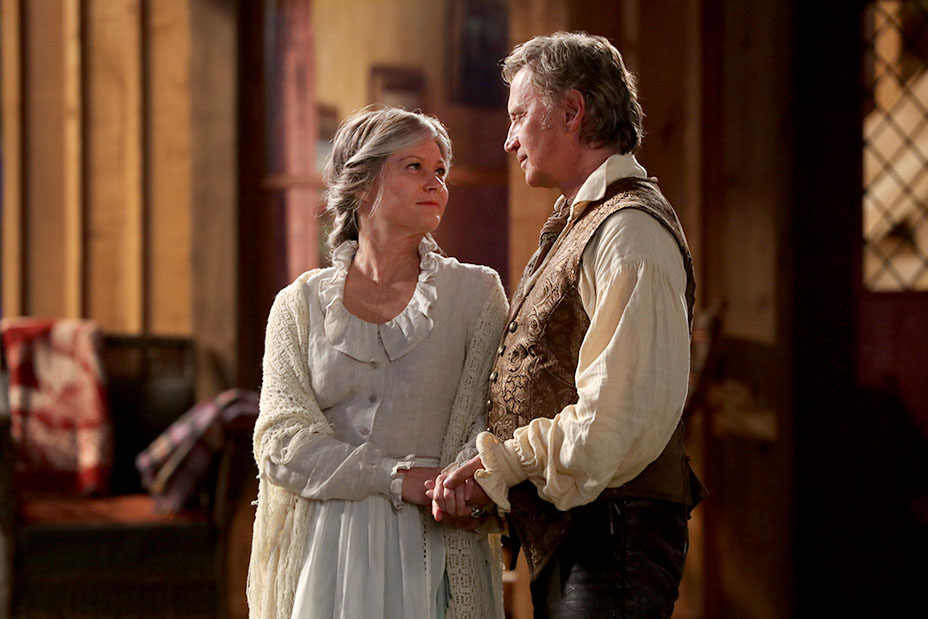 De Ravin told THR that she was grateful that the show’s fans have been so supportive of her character over the years.

“It was just a really awesome journey to be able to give my own spin on such a special, iconic character and to work with such amazing people. To bring whatever it might be that our fans need each episode, whether you need to just escape for an hour and sit down, or you need to connect with your family or your friends or your loved ones, or you need to have a cry or a laugh, just to be able to help facilitate people having that moment that they might need is pretty cool.”