[Warning: This story contains spoilers from the episode “The Eighth Witch” of ABC’s Once Upon a Time.]

While the seventh season of Once Upon a Time rebooted the series with a new story, new location and new cast (only three series regulars returned), it’s not the first time the fairy-tale series has taken a dramatic turn.

Now, at midseason, Kitsis and co-creator Adam Horowitz tell THR they’ve begun to work out the kinks in their new format, which saw the characters living in Seattle under a curse that made them forget their fairy-tale alter egos. Slowly, some have woken up from the curse, which turned out to be cast by Regina (Lana Parrilla), and not Lady Tremaine (Gabrielle Anwar), Drizella (Adelaide Kane) or Mother Gothel (Emma Booth), as previous episodes led viewers to believe.

The midseason finale revealed that even though Regina is awake, she still can’t break the curse — because it means that Henry (Andrew J. West) will die. But if she doesn’t find another way to break it, Henry’s daughter, Lucy (Alison Fernandez), will die. To find a way to break it without anyone dying, she tracked down her sister, Zelena (returning regular Rebecca Mader, who will recur in the second half of the season).

“We love Rebecca. We missed writing for her,” Horowitz tells THR. Zelena, it turns out, has been living in San Francisco as a spin instructor named Kelly, a character who was originally conceived with an American accent (thanks to a funny impression Mader did over lunch). “We love Zelena,” Horowitz continues. “Zelena is a character that does so many different things in that she can be powerful, evil, good, complicated and funny, and we wanted to use Rebecca’s amazing talent to do everything. We wanted to give her a really fun entrance.” 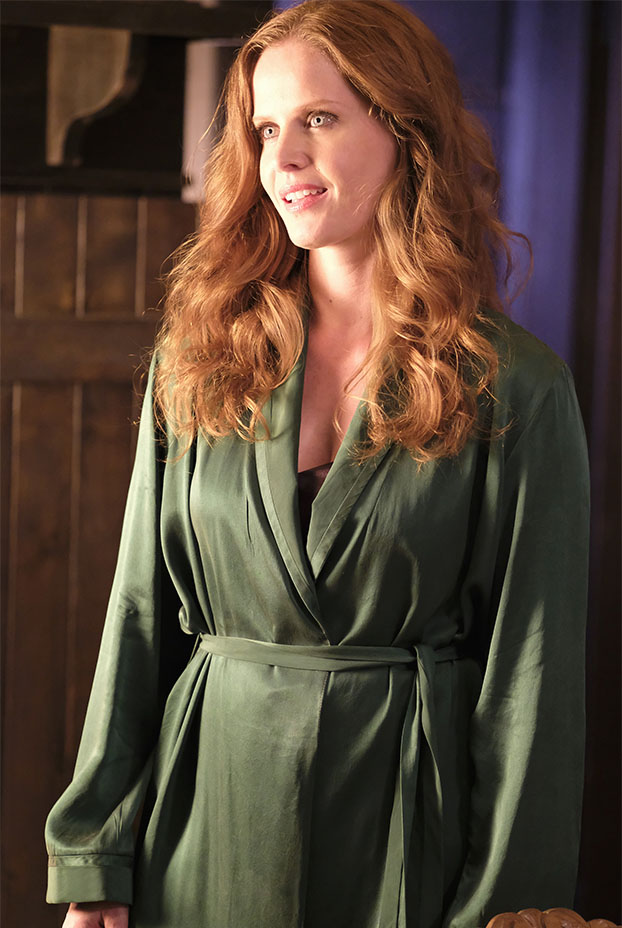 Fun entrance aside, there are some serious implications to Zelena waking up — namely, she’s engaged to be married.

“What that curse life is and was becomes very important and something she has to wrestle with in a serious way,” Horowitz says. “The fiance is a real thing. She really does have one, and we really will be exploring that in the second half of the season. It is someone from the real world, and that is the one thing we haven’t done. We’ve had people that we thought were from the real world but turned out to be flying monkeys. One of the things we’re going to see is she’s going to be having this conflicting attitude. She’s never had a cursed persona, so there’s Kelly, and then there’s Zelena, and then there’s this person, and how do you tell somebody that you were once the Wicked Witch? There’s a whole mess of emotional problems that lay ahead for her.”

'Once Upon a Time': How Lana Parrilla Helped Set the Tone for the Reboot

The end of the episode revealed that, while Drizella thought it was her plan to curse everyone, Mother Gothel had been pulling the strings the whole time, thanks to her “Coven of the Eight,” a group of eight witches that Horowitz and Kitsis say we’ll meet in the second half of the season. (Regina and Zelena, of course, are two members.)

“We’re going to see some witches from Disney lore,” Kitsis says. “And, at the same time, I think we’re seeing that Mother Gothel believes in drawing strength from numbers. So whatever dastardly plan she has for the second half of the season, she’s forming a gang.”

While Zelena might not want to leave her life as Kelly behind, she’ll do anything she can to help Regina figure out how to save Henry and Lucy.

“You’ve got two lives that hang in the balance, and I think it’s going to be up to Regina and Zelena, sisters working together, to find the third way to save them both,” says Kitsis. “And, while they’re attempting to save two lives, we also realize we have Gothel putting her plan in motion.” 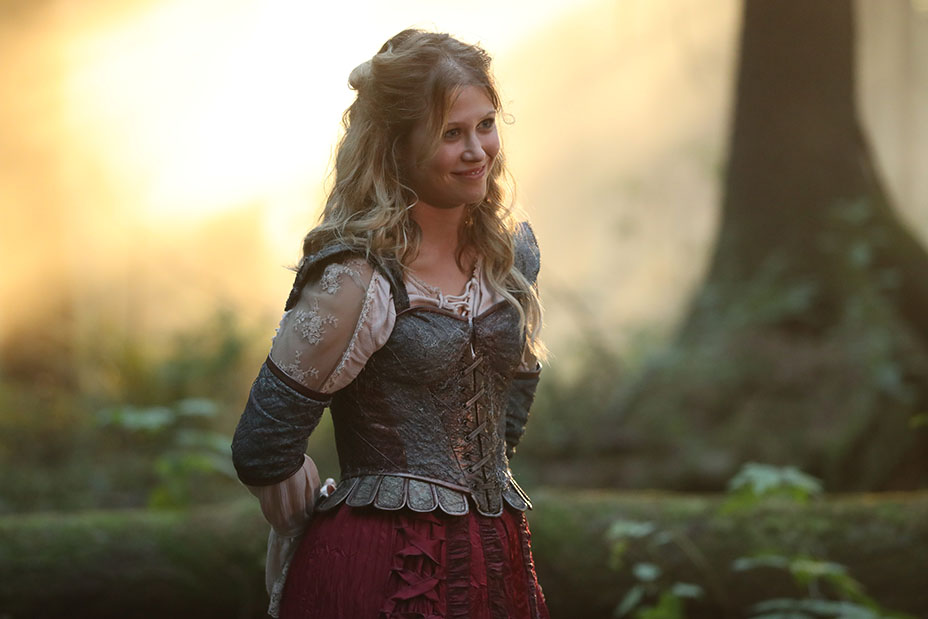 “The Eighth Witch” introduced another new aspect of Zelena’s life — her grown-up daughter, Robin (played by Riverdale‘s Tiera Skovbye) — who turned out to be in love with Alice (Rose Reynolds) in the fairy-tale realm, but who hasn’t yet been seen in Hyperion Heights. Horowitz and Kitsis tell THR that more of Robin’s story will be told in upcoming episodes.

“We wanted to, in this episode, take a time jump and let everybody know who cast the curse and where everybody was before it,” says Horowitz. “The second half of the season will lead up to a lot of these moments. For instance, we’re going to see how Robin and Alice meet, fall in love and end up at that point. She’s definitely coming back. There’s a lot of Robin.”

How Andrew J. West Is Living His Own Fairy Tale on 'Once Upon a Time'

At the season’s midpoint, Horowitz and Kitsis tell THR that they’re realizing what has and hasn’t been working with the new storylines. They’re hoping to continue balancing new characters with the returning ones.

“I think the people that have been very open to this new scenario have really liked it and liked the new energy of the storytelling,” says Kitsis. “We knew going in, of course, people are going to miss the cast that they’ve loved for six years. So, for us, I guess it’s the same learning lesson every year, which is some things work better than others. You just try to keep moving toward your goal and hopefully entertaining people. It’s always a balance between your plans and the realities of how production works. We have a lot of new locations, and we’re in the city, so there’s a lot of figuring out what kinds of stories we could tell versus what our plans were. That’s always a balancing act.” 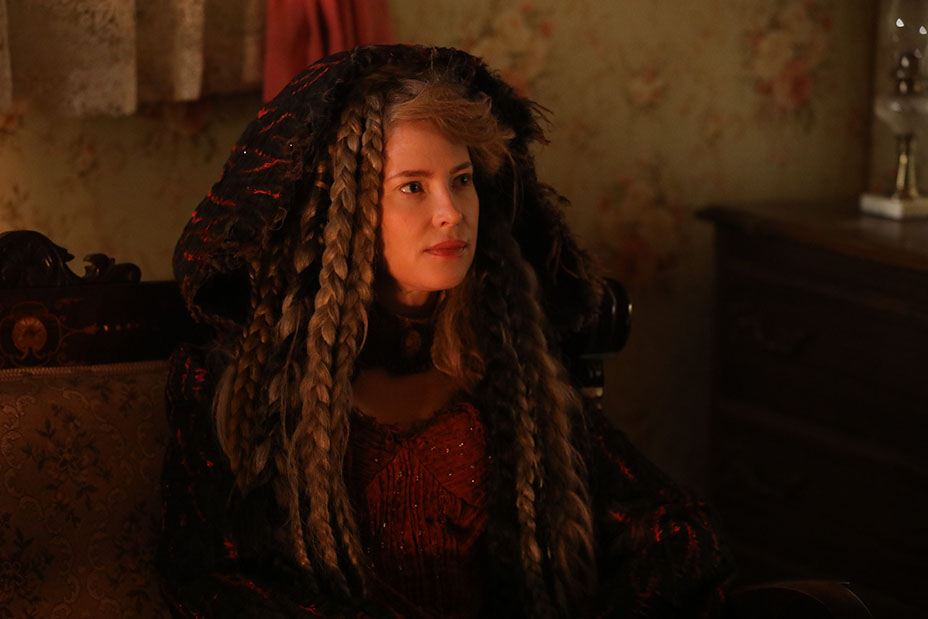 He continues, “There are things that we think we can get better at, and I feel like, every episode, you’re seeing that. So every episode from the very first one is us adjusting toward the things we think work. In the second half of the season, we continue to balance between the characters we knew and the new characters, especially the ones that we feel like people are really gravitating toward. As always, we’re going to introduce some new people, but I think that we’ve started to work out some of the kinks of the new season. I think people will see in the second half of the season it finds its groove even more.”

Adds Horowitz, “The thing about self-criticism is we do it all the time. We try to hold every story and every script and every episode up to the highest standards. I really do think there is no tougher critic on the show than ourselves. … As the show comes along, we discover what works and what doesn’t work and try to play to our strengths and keep improving the show. I think that’s been true every year. As long as we’re doing this show, it’s something we always strive to do. We know nothing is ever perfect, but we try to always push it as far [as we can].”

The CW to Expand to 7 Nights for First Time Ever