Continue to The Hollywood Reporter SKIP AD
You will be redirected back to your article in seconds
Skip to main content
November 9, 2017 10:30am
Logo text

Once Upon a Time creators Adam Horowitz and Edward Kitsis spent plenty of time crafting their idea for a rebooted seventh season — but when it came time to pitch the “requel” idea to leading lady Lana Parrilla, they flew up to Vancouver, where the series has filmed for more than six years, to do it in person.

That’s a good thing, by the way. The actress has played so many versions of her character, the (formerly) Evil Queen Regina — who, over six seasons, transformed from villain to hero and captured the hearts of fans in the process — that she was ready for a new challenge.

“I love creating with Adam and Eddy. I think we’ve done an incredible job over the last six years, so I have a lot of faith in that relationship and I really believe in them,” she tells The Hollywood Reporter. “They’re incredible communicators. I can call them at any time. I love that I already have this beautiful history with my bosses. It’s not only the personal relationships but also the creative collaboration that we have been a part of for the last six years, to continue that and to continue telling some really cool, different stories was all part of the intrigue for me and my interest in returning.”

Horowitz and Kitsis tell THR that Parrilla immediately responded to the “bold and risky” pitch. “Lana is always up for challenges and pushing herself. That’s what makes her such a great actress,” they said via email. “She is always going for something new.”

Once Upon a Time might be an ensemble show, but Parrilla in particular has an incredibly passionate fan base, which she credits to the evolution of her character over time.

“Regina is a very powerful character. She’s a very inspiring character. She’s fun. She’s delicious. She’s complicated and complex. Fans have been following her storyline over the years, and where she originally started from and where she is now is complete night and day. It’s really her journey has really captivated the audience,” she says. “I’ve met a lot of people who have learned a lot from Regina’s decisions and mistakes and have chosen a different path in their lives, and I never thought I was going to play a character that would have such an impact, globally, on an audience.” 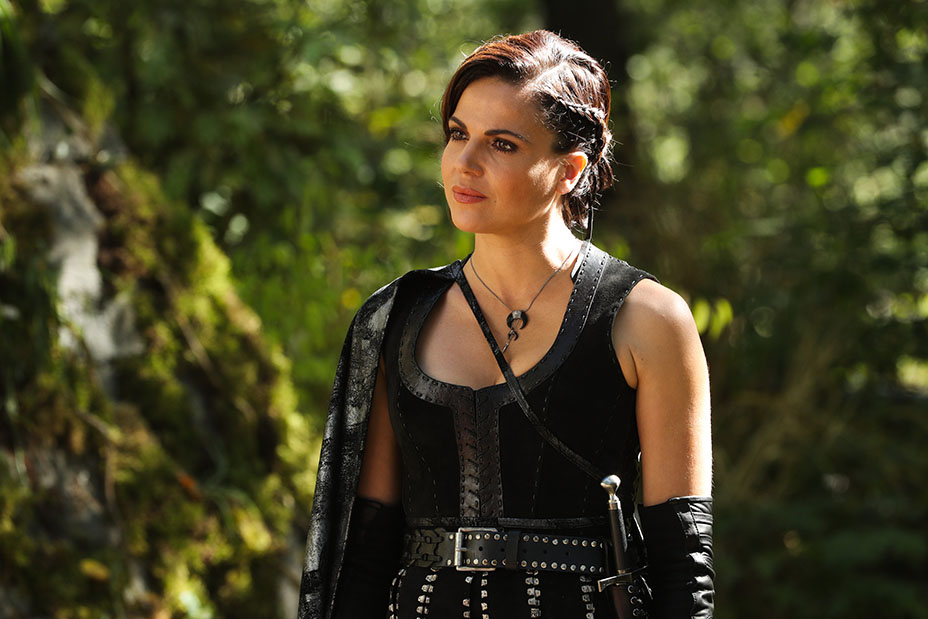 Besides, she posits, “Who is the Evil Queen without Snow White? This is really an ensemble show. You need all these characters to tell these stories. I feel very lucky that Regina is one of the most beloved characters on this show, but it does take a village.”

Roni, the new, cursed version of her character, is a lot more like real-life Lana, and she was thrilled to trade pantsuits for jeans and T-shirts.

One common trait, though, is an underlying maternal instinct — something Parrilla says she has had her whole life. She’s always making sure everyone’s warm and fed and taken care of.

“Ginny Goodwin always used to say, ‘Oh my god, Lana, you’re always feeding everyone.’ During the pilot, even though we were at the Sutton Place Hotel, I would order a bunch of different dishes and I would create my own dish with all these ingredients that I would get from the hotel, and then I would have little dinner parties,” she says. “It’s something that I really love to do. … It’s just part of my DNA. I really don’t know how else not to be.”

Parrilla is still so close with Jared Gilmore — who played her TV son until Andrew J. West took over the role in season seven — that the young actor is coming back to Vancouver to stay with her for a weekend.

“I always felt like Jared’s second mom and I think his mother can even attest to that,” she says with a laugh. “I’m very close to the people that I end up working with.”

She’s carried that maternal energy over to her performance with West, whom she says is “sweet and kind,” just like Gilmore.

“There are some similarities between [West] and Jared. Even if neither one of them sees it, I see it,” she says. “I was looking for how are they alike and how are they different … not only for myself to connect with but also for the audience. There were some things that I did with Jared that I actually currently do with Andrew — the way I hold his face or the way I grabbed his chin, the way I hug him. These are all the same ways I used to hold and hug Jared.” 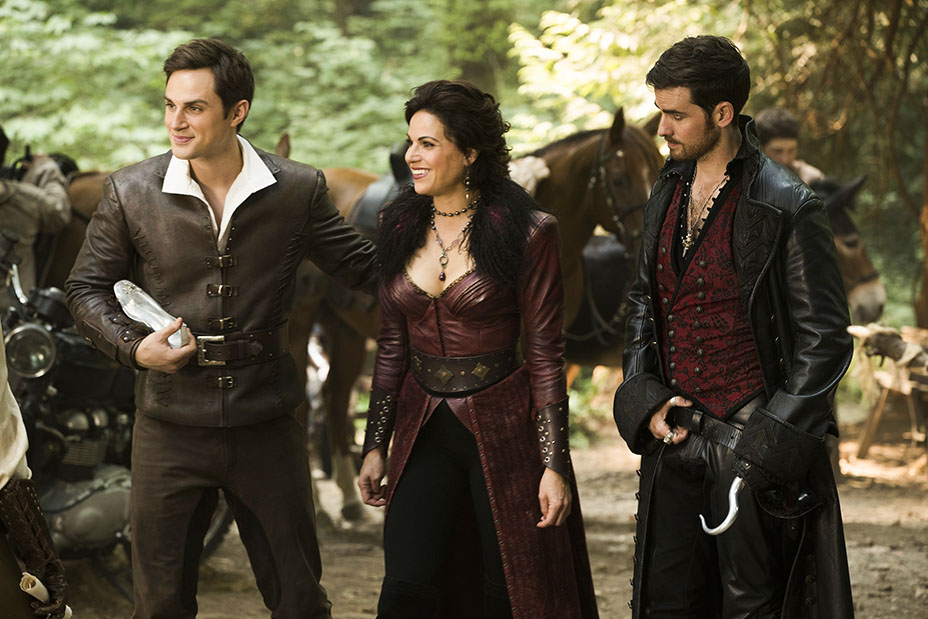 Showrunners Horowitz and Kitsis tell THR that they’re thrilled with how Parrilla has led the new members of the cast.

“Lana has embraced all the challenges this new season has brought. Along with our other legacy actors, Bobby Carlyle and Colin O’Donoghue, Lana has been a true leader,” they wrote. “Together they’ve created an atmosphere that has allowed our new actors to seamlessly join the show. Lana’s fearless approach to every challenge is an example that we think has really helped set the stage for everyone joining the cast as ‘Once Upon a Time’ continues to evolve.”

While the first block of season seven episodes centered on establishing OUAT‘s new storyline and characters, the focus is now on figuring out which fairy tale characters are under the new curse — and why.

How Andrew J. West Is Living His Own Fairy Tale on 'Once Upon a Time'

During the Nov. 10 episode, “Wake Up Call,” Roni’s backstory will be explored as the hour will tie in to the mysterious photo of Regina and young Henry she discovered the week prior.

“[Roni and Henry] don’t really understand where this photo came from and they go out on this hunt to see how it came about,” Parrilla explains. “We learn a little bit more about Roni’s background, too, and her backstory and the things that she wanted and desired in her life that she didn’t necessarily get.”

And, as Horowitz and Kitsis promised her when they pitched their idea for season seven, there should be a love interest and a happy ending coming as well.