Ralph Lauren was the king of New York on Friday night, when he celebrated his brand’s 50th anniversary with a fashion show and candlelight dinner in Central Park with a star-packed guest list including Hillary Clinton, Oprah, Steven Spielberg, Kanye West, Barry Diller and Diane Furstenberg, Robert De Niro, Bruce Springsteen, Jessica Chastain, Blake Lively, Chance the Rapper and many, many more.

Starting with a handful of wide ties, Lauren built his apparel empire in the image of America, referencing Fitzgerald’s Gatsby, Wall Street bankers, denim-clad prospectors, cowboys and Indians in a half-century of collections and ad campaigns.

He is also the granddaddy of the American fashion industry, and the event had a sense of family from the multigenerational models on the runway, to the guests, including industry executives and fashion designers who have worked for and sprung from Lauren, such as John Varvatos, Thom Browne, Jeffrey Banks, Greg Lauren and Alexander Wang. Also in attendance were Calvin Klein, Michael Kors, Tory Burch and Tommy Hilfiger.

Before dinner, Oprah toasted the designer — born Ralphie Lifshitz in a two-bedroom apartment in the Bronx — for “50 years of designing our dreams,” citing his place in her story of upward mobility. “Your work these past 50 years has told the stories of our lives. The lives we live and aspire to live,” she told the crowd dining around the Bethesda Fountain. “When I first moved to Chicago and was making enough money to pay my rent … and still have something left over … My idea of celebrating that success wasn’t to get a fancy car or jewelry, my idea of success was Ralph Lauren towels. Not just Ralph Lauren towels, Ralph Lauren bath sheets!” 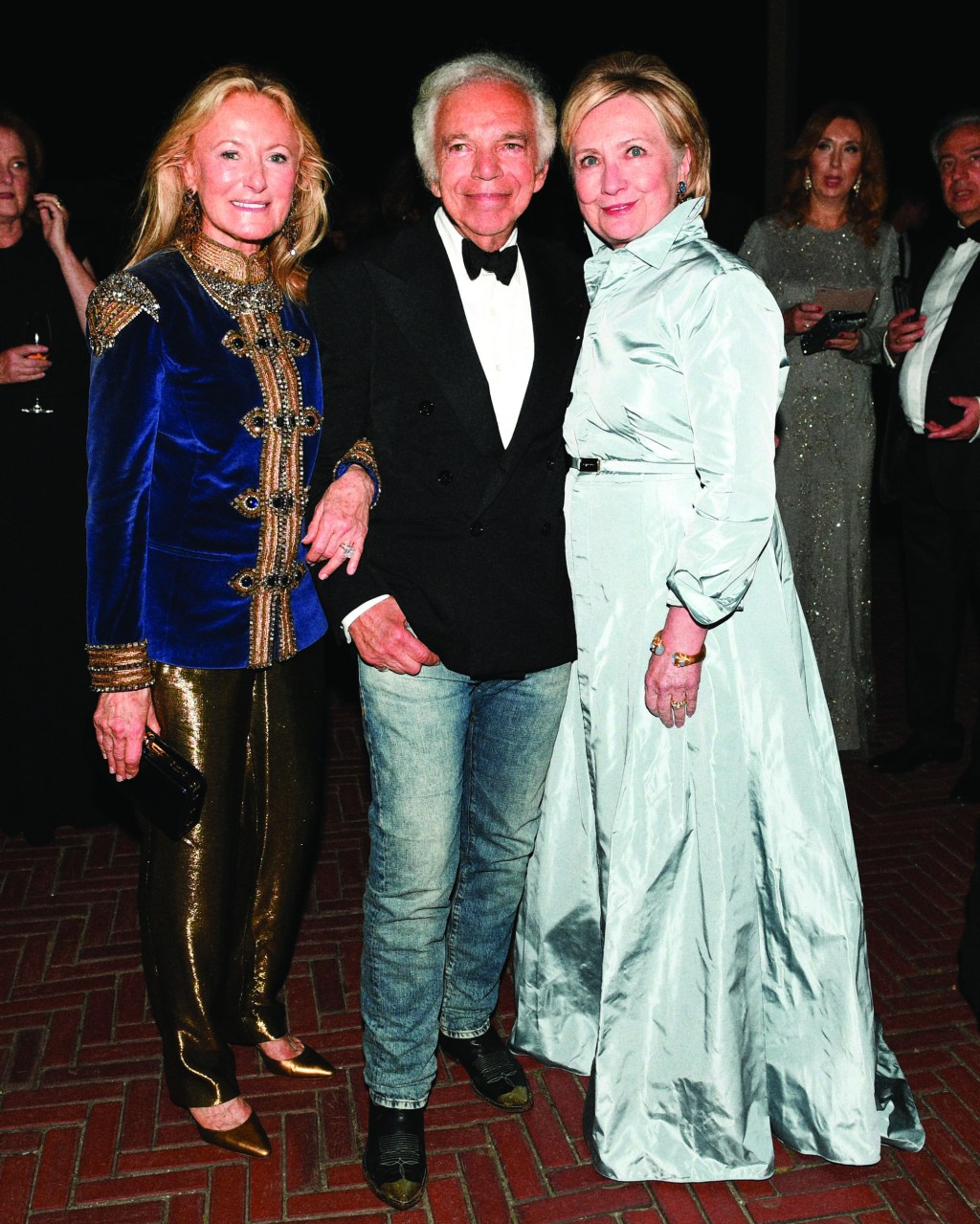 Wearing a gorgeous taffeta gown, Hillary Clinton came out to support Lauren the philanthropist, and Lauren the wardrobe maestro: “We worked together starting in the ’90s because I had a project called Save America’s Treasures. One of the treasures we had to save was the Star Spangled Banner, which had deteriorated for a long time. Ralph came on board and funded the conservation and restoration … It was the real Star Spangled Banner that flew … during the War of 1812. His help made that happen and we just became friends.”

The American Flag Sweater makes its return to Ralph Lauren’s runway with a lot of help from a little friend.
.
The 50th Anniversary Show. #RL50 #RalphLauren #NYFW pic.twitter.com/C7vdkYsHko

On a lighter note, she said, “He really was so generous and kind to help with all my clothes during the presidential campaign for big events, like the debate suits, the Philadelphia suit, the white Suffragette suit. That was another real example of his friendship.”

The night started with specially designed Ralph Lauren trollies that ferried guests from 72nd street to Bethesda Terrace (Ken Burns, Aerin Lauder and British Vogue editor Edward Enninful were on mine), and continued on to the signature cocktails: a grapefruit concoction called the Ralph Royale, complete with a polo mallet stirrer.

Tom Hiddleston flew in from London just for the party, citing Lauren’s support in dressing him for premieres and parties over the years, and adding that the brand epitomizes the American spirit.

Blake Lively arrived wearing a sexy pinstripe suit like the one she wears in the upcoming film A Simple Favor, calling Lauren “the man” and stylish director Paul Feig, outfitted with a walking stick for the evening, “her muse.” 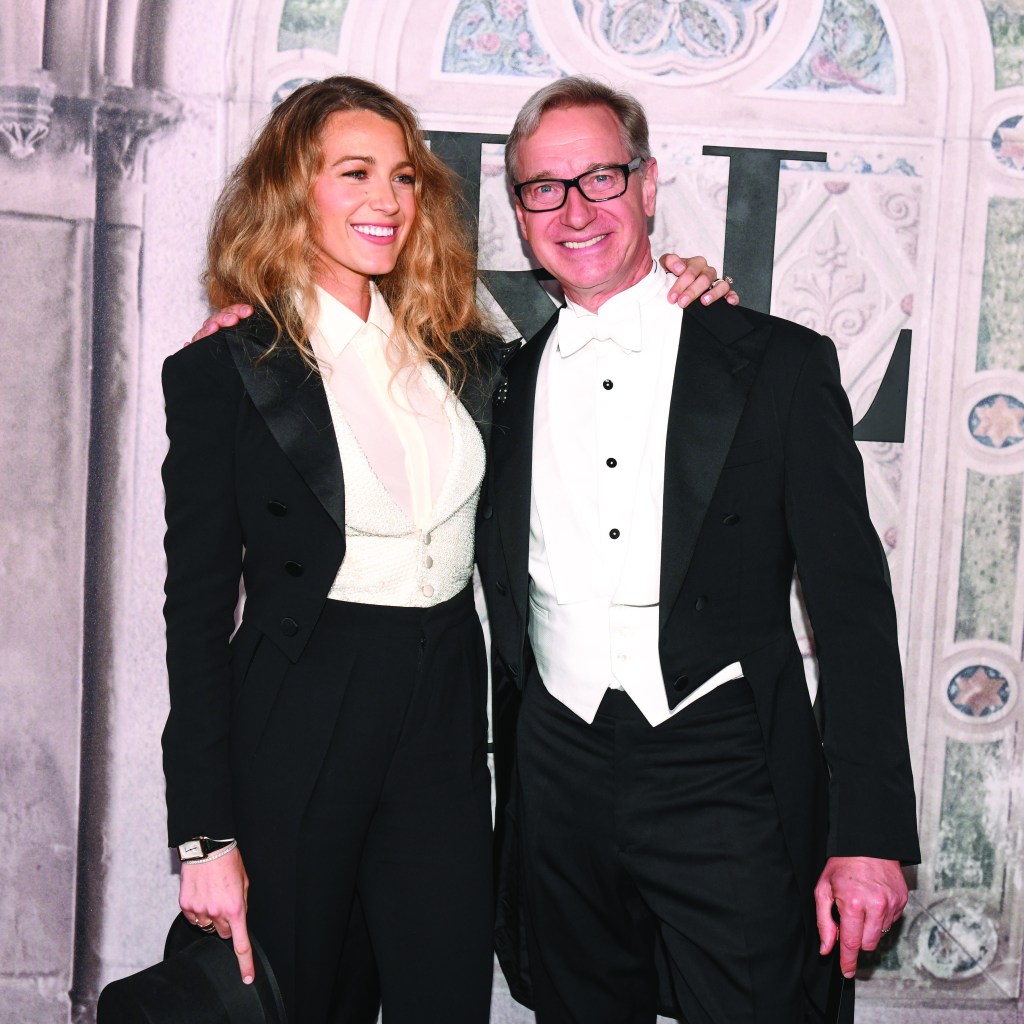 After cocktails, everyone descended the stairs to a built-out show space covered in Oriental rugs. Lauren’s fall runway collection (he’s on a see-now, buy-now schedule, so it’s all in stores now), hit the softer side of his brand’s heritage with herringbone tweed jackets, newsboy caps, distressed denim, chunky Southwestern knits and blanket coats, heirloom-style patchwork skirts and gowns and Olympics-ready ski wear, modeled by an all-ages cast. He got a standing ovation when he appeared, cheered on by his models, at the top of the stairs, and looked emotional wading his way through the crowd.

“To design without fashion in mind, to design something that is legendary and timeless, is what I aspire to.” Ralph Lauren
.
The finale of the 50th Anniversary Show. #RL50 #RalphLauren #NYFW pic.twitter.com/8dxCRiVUv0

Dinner — filet mignon flown in from Lauren’s Colorado Ranch — was served around the fountain under the stars, and the conversations ranged from the hilarious (Kanye telling Spielberg about his inspiration for “Gold Digger,” to the nostalgic, with Jeffrey Banks talking about Lauren “discovering” him when he was still a teenager. 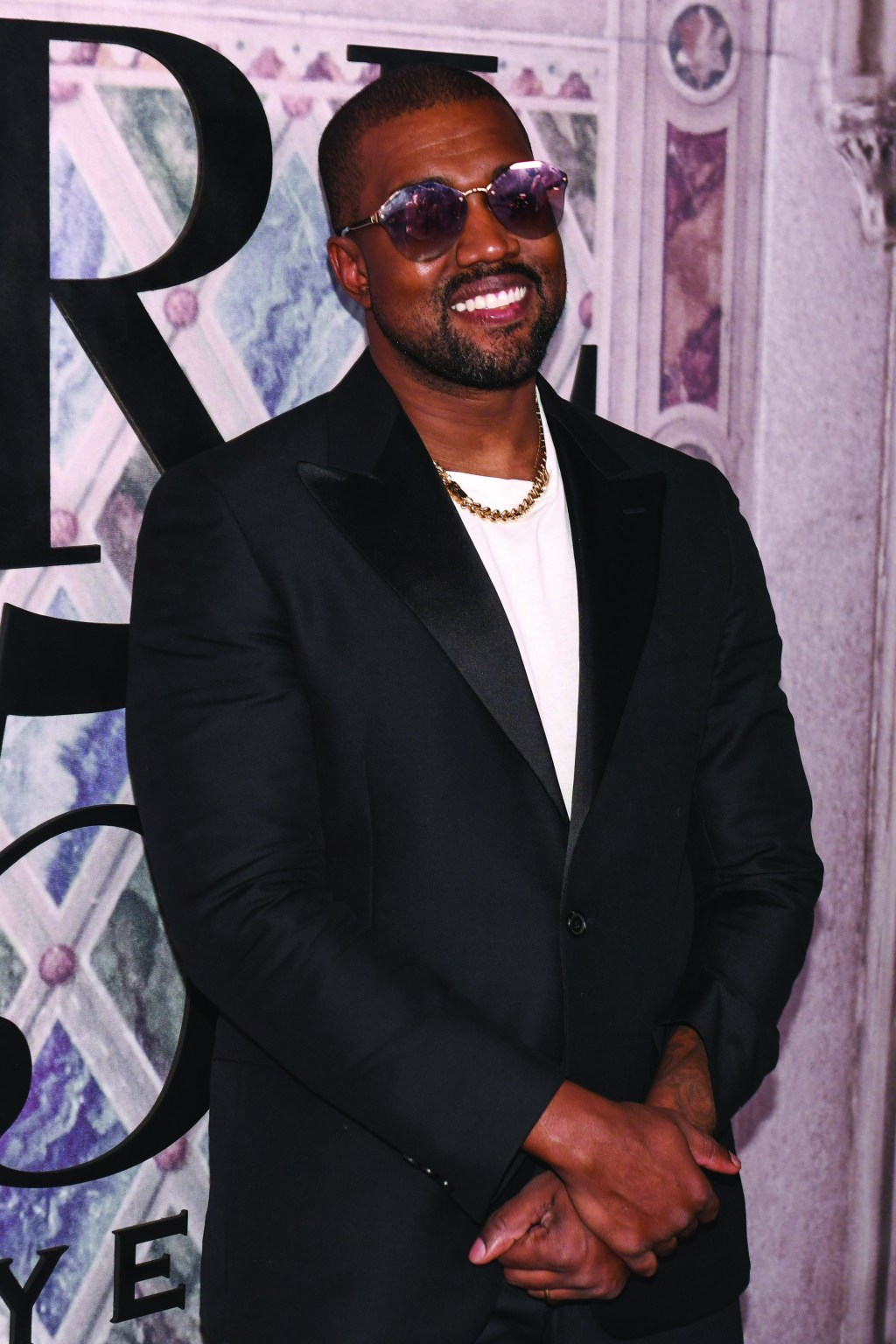 “You came to honor me, I’m honoring you,” Lauren said to his guests. “I’m not so glamorous at home, I walk around with a ripped robe, and no towels. But I’ve been very lucky. I have a family and am lucky to have this company.”

Putting the focus on his fan club in the room, he said, “I’m not the one who did all of this though, it’s a team … I like working with people … Steven [Spielberg], we’ve never worked together but we’re going to do a movie, right? I don’t dream this big, but this makes me look big tonight.”

From one of New York City’s most iconic landmarks, Bethesda Terrace in Central Park, Ralph Lauren presents his 50th Anniversary Show—a multi-brand, multi-generational celebration of the World of Ralph Lauren and the next chapter of iconic American style. https://t.co/psX3t7ZK7k