Natasha Lyonne is saying goodbye to one Netflix series while launching another.

“On a personal level, it feels almost like this albatross has been lifted,” the Orange Is the New Black star tells The Hollywood Reporter hours before her premiere for the Netflix series she co-created and stars in, Russian Doll. “I’m very proud of it. I got to give you a piece of how I feel about things and I feel quite relieved it’s going to live out there now.”

Lyonne created Russian Doll with Amy Poehler and, in addition to being the starring vehicle of what she classifies as an existential adventure show, she also leads an all-female writing and directing team alongside fellow executive producer Leslye Headland. The dark comedy follows Nadia (Lyonne), a game coder who can’t seem to escape the birthday party being held in her honor — because she keeps dying and coming back to life to re-start the night. Keeping in theme with its name, Russian Doll reveals more about its high-concept Groundhog Day-like premise as its eight episodes unfold.

Russian Doll launches Feb. 1 on Netflix and Lyonne recognizes the timing is “bananas.” Orange Is the New Black — Jenji Kohan’s acclaimed Netflix prison dramedy where Lyonne has played inmate Nicky Nichols since season one — is ending its run with its forthcoming seventh season, currently in production in New York. With only two episodes left to film, Lyonne is full of reflection and gratitude. Not only is she saying goodbye on-camera, she also notched an OITNB first when she helmed one of the final season’s episodes.

“The idea that Jenji let me direct an episode of her show means everything to me. It was very meaningful to get to end that journey that way,” Lyonne says of the “extra heavy” process of saying goodbye to the ground-breaking series that helped launch Netflix as a premium player for scripted originals. “There was a scene that Danielle Brooks did that just broke me in half,” she adds of the episode she helmed. “Because Danielle is so incredible as an actor and because we’re so close as friends, sitting behind the monitor, it really hits you like a ton of bricks. At its core, OITNB is incredible writing and incredible actors. It’s such a unique show and a sweeping achievement for Jenji. It breaks my heart and it’s like this thing of beauty that gives life meaning. I have no children and no parents. I sort of unintentionally am really just a life of the arts. So for me, the fact that my love for these people is so real means everything to me.”

After wrapping Russian Doll, Lyonne went back to the OITNB set to suit up as Nicky for a final season that will pick up somewhere after its game-changing season six finale. In an unexpected twist, leading inmate Piper Chapman (Taylor Schilling) was released early from Litchfield, and the seventh season will follow Piper’s journey on the outside as she re-assimilates, while also continuing the stories of those who are imprisoned or who were transferred and are still incarcerated.

“Jenji is a brilliant puppet-master and she tends to masterfully deliver on a satisfying end to our journey. And Nicky definitely has a presence this season,” Lyonne assures. “What’s been really wild to explore this year, and feels like a fitting way to get to play Nicky in the end, is that she’s really grown up. The incredible thing about getting to make a show for seven years is that the journeys are wired into the fabric, so we embody them with the weight and experience of that. That’s what happened during the scene with Danielle that day. It was this very brief scene and yet she brought to it the history of all those seven years of playing Taystee. It was so crystal clear in that moment everything that character had really been through.”

She adds, “In a weird way, it’s like everything is subtext this season because there’s just so much of it. No matter what the scene is that we’re playing, it has a whole world of history to it.”

That history on and off camera explains why Lyonne’s co-stars would come out in full force to support her next venture. “Tonight is the Russian Doll premiere and they’re all coming,” Lyonne says proudly ahead of the night’s event. “So much of our crew came from OITNB. It’s such a beautiful thing to think that we’re going to try to stay connected.”

Later, when Lyonne arrives to the Metrograph theater in Manhattan’s Lower East Side neighborhood where Russian Doll was filmed, she is flanked by her creative team — Poehler, Headland and Netflix head of originals Cindy Holland — and her new cast: Charlie Barnett, Greta Lee, Rebecca Henderson, Brandon Sexton III, OITNB‘s Dascha Polanco, Elizabeth Ashley and guest star Chloe Sevigny, whom she recruited for a key role. In a heartfelt speech while introducing the first three episodes, Lyonne thanked Netflix for taking a chance on her twice over; Poehler and Headland for helping her steer the ship; the two loves of her life, Fred Armisen and Sevigny; and the real Ruth in her life, who is another key Russian Doll character played by Ashley.

She then turns to her “Orange family” — calling out by name Laura Prepon, Taylor Schilling, Uzo Aduba, Yael Stone, Kate Mulgrew, Adrienne C. Moore, Samira Wiley, and Polanco, all in attendance — before thanking all the artists who came out who are a part of their New York City community. “We support each other in this city through thick and thin. I love us and I love our city, and I believe in us. Thank you for holding me up and for giving me this show,” she says.

When speaking with THR at the premiere, Brooks, Schilling and Polanco returned the praise for Lyonne, while sharing some anecdotes about what to expect from the final season.

Polanco, who guest stars in Russian Doll, says Lyonne surprised her by casting her in the role. “She had mentioned that she was working on something. I’m just really happy that she thought of me for this,” she tells THR. “Russian Doll is one of those unique gems. The concept of reliving and dying as a rebirth. It’s about how you deal with life and Natasha has such a way of doing that comedically as well.”

Schilling called Lyonne a remarkable director after working with her on OITNB: “She has a very unique sensitivity to other people and that makes for a really special and insightful director,” she tells THR. And Brooks elaborated on the scene that “broke” Lyonne from behind the camera. “That scene that Natasha directed was with a character that I’ve worked with for a while and it felt like this might be my last scene with that person,” Brooks tells THR. “That hit both of us: The reality that this is really the end of the road of what we created, and that it’s coming to an end.”

The sixth season of OITNB delivered devastating endings for both Brooks and Polanco’s characters (Taystee and Daya, respectively). At the same time that Piper, a white inmate, was stumbling upon her good fortune of being released, the two inmates of color were left hopeless by a broken system and facing life sentences for crimes that saw both of them unjustly taking the fall.

“The final season is going to be really realistic and, it is what it is — some of us stay in jail, some of us come out. You will see a lot of the same topics of prison reform, sentences and a lot of the repeat going back in,” says Polanco. “I think that for Dayanara, a lot of the light has gone out. I think you have to be scared for her.”

Brooks, who recently tweeted that the script for the penultimate episode “fucked her up,” says there is indeed something ahead that rocked her to the core, but added that, given the reality of Taystee’s situation, it’s what is to be expected. “The writers are giving their all and really taking the extra step in every line, every sentence to make sure that the audience feels satisfied and that the actors feel satisfied,” says Brooks. “For my character, I thought I’d done everything at this point, but there have been surprises. They challenge me and stretch me in every way. You get the script and think, ‘How the heck am I supposed to do this!’ Each season I’ve been able to get something dynamic and again, I’m saying that same thing.”

After six prescient seasons that have captured timely and social injustices from inside prison walls, including a 2018 finale that took on the immigration crisis, OITNB will be challenging other shows to pick up that mantel when it fades away from Litchfield this summer.

“It feels so gratifying. I feel so like it’s ready to happen and it’s ready to end,” says Schilling, echoing how she felt heading into the season. “I feel like we’ve told the stories and that it’s time. I don’t feel like any stone is left unturned. I think it did what it came to do. And now, in the Trump era, there are new stories to tell.”

'Orange Is the New Black': Lionsgate "In Discussions" for "Potential Sequel" 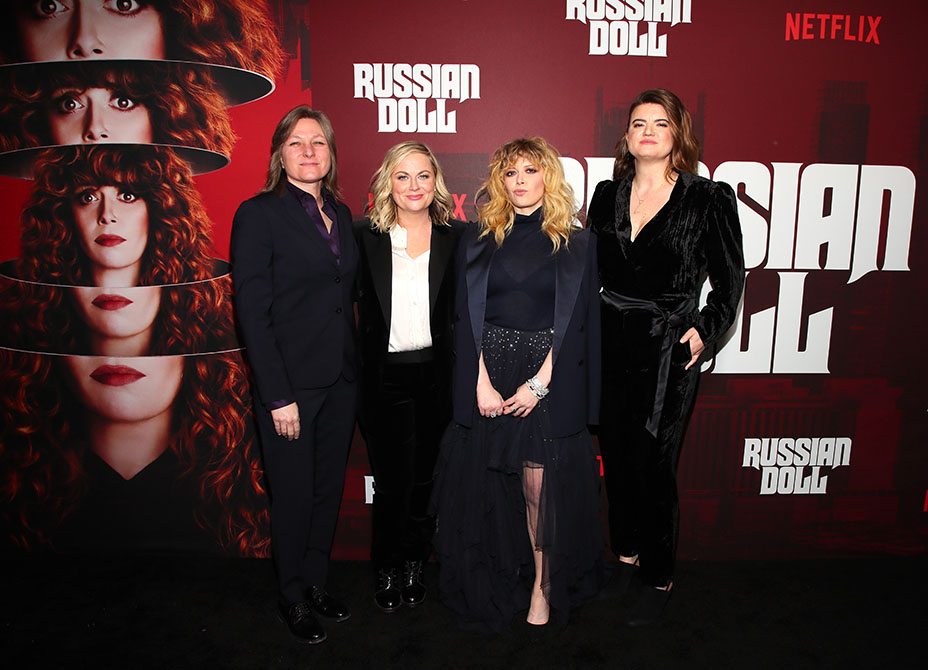 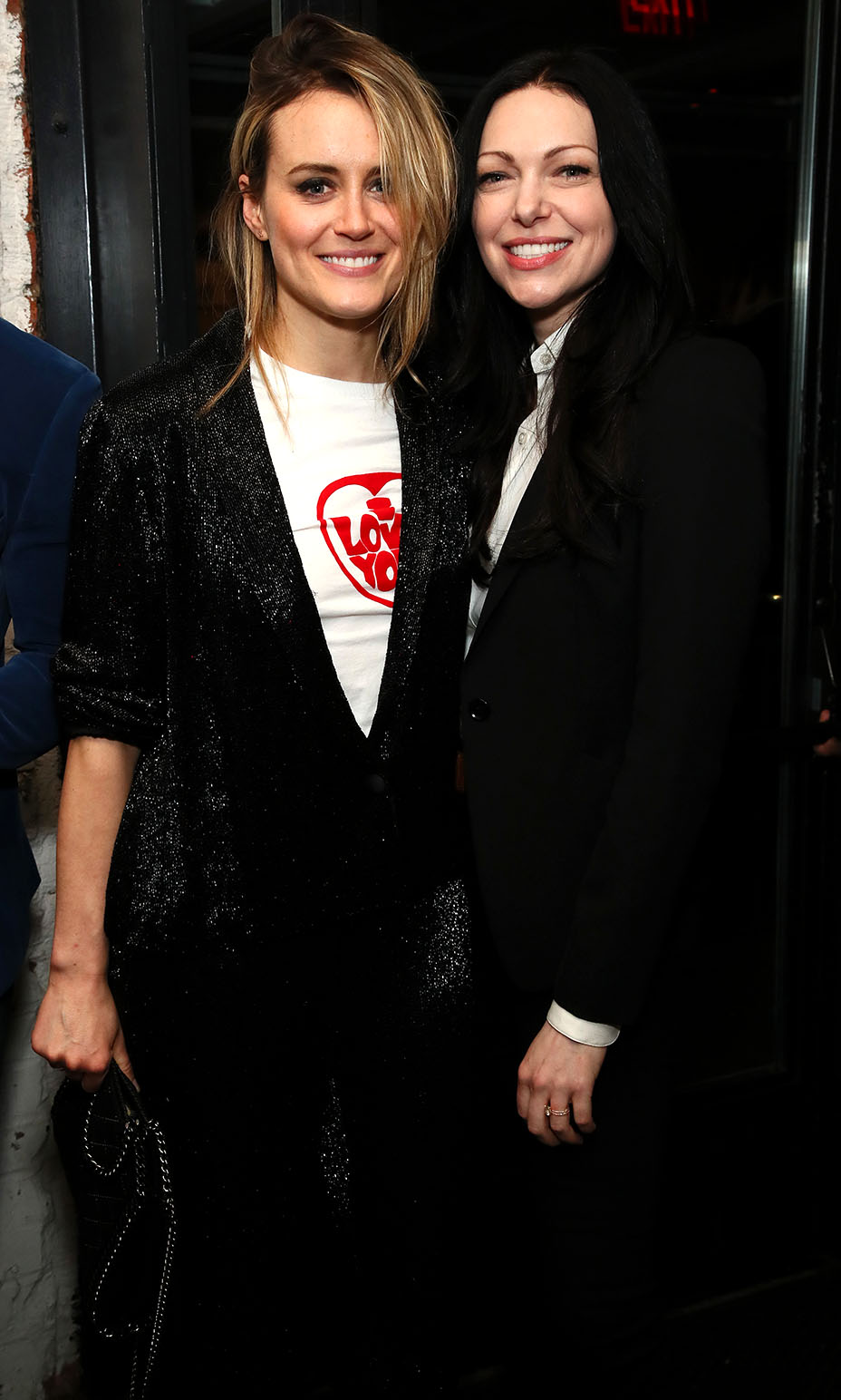 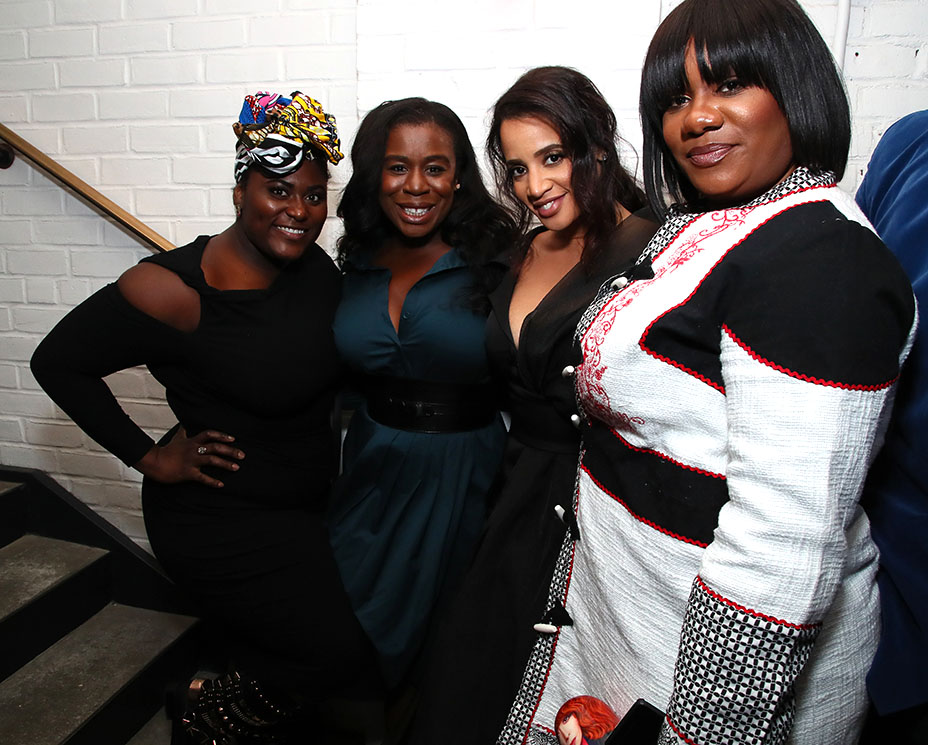 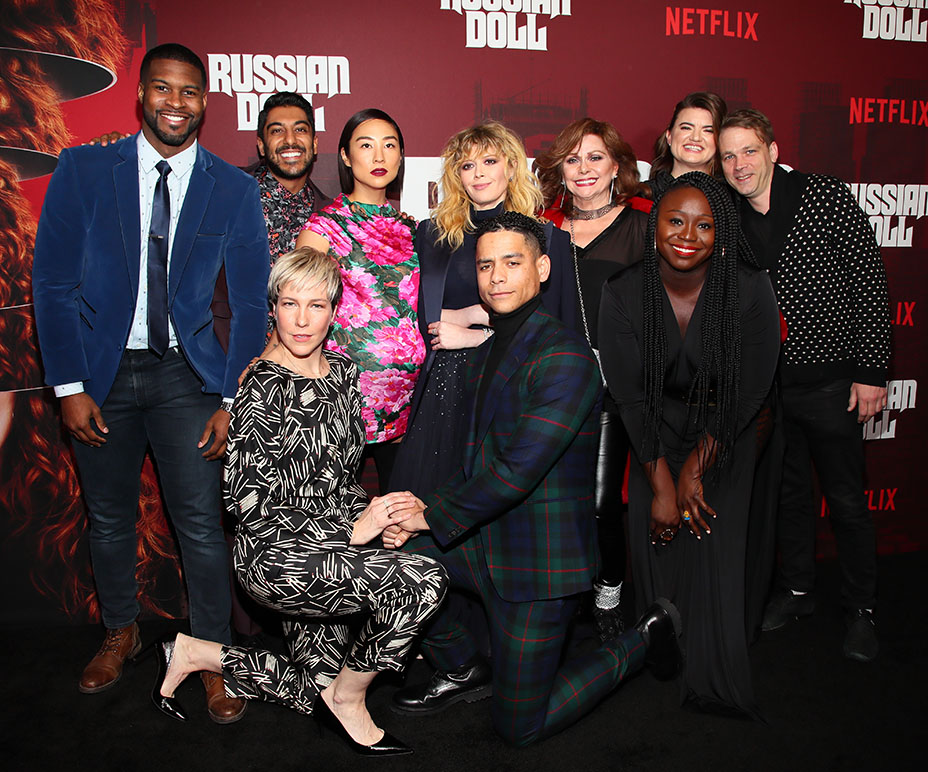