Orange Is the New Black will be following a free woman when it returns.

Jenji Kohan’s Netflix prison dramedy, from Lionsgate Television, has released a first look at the seventh and final season — which will debut all 13 episodes July 26 on Netflix — and among the photos for the final episodes of the Emmy-winning series is a glimpse at Piper Chapman (Taylor Schilling) on the outside. Wednesday’s news also came with a video announcement from the cast (watch that below).

In a game-changing twist that ended last season, Piper was set free on early release thanks to a prison-privatization oversight. Despite having five months left on her sentence, the white inmate was pushed to the top of Litchfield Penitentiary’s release pile, her fortune standing in stark contrast to the fates of many of the other less-privileged prisoners. In the final moments of the extended season six finale — after marrying Alex Vause (Laura Prepon), who still has four years left on her sentence, in a celebratory prison sendoff — Piper gains her freedom back for the first time since season one.

In the final season description from Netflix, the ladies of Litchfield will be coming to terms with the fact that prison has changed them forever. Taystee’s (Danielle Brooks) friendship with Cindy (Adrienne C. Moore) still hangs in the balance as her life sentence looms, Gloria (Selenis Leyva) and her kitchen staff are confronted by the hard truth of [the corporation that owns Litchfield] Polycon’s newest profit stream, while others chase drugs or dreams and grapple with the reality of their place in this world. Piper struggles with life on the outside, while life in the maximum security prison she left behind — as corrupt and unjust as ever — goes on.

Though Piper leaves Litchfield a completely altered person, her future looks bright when compared with that of Taystee, who was sentenced to life in prison for a murder she didn’t commit, and Blanca Flores (Laura Gomez), who is now facing deportation and a transfer to the for-profit prison’s new immigration detention center.

“Both Taystee and Blanca have treacherous, devastating roads ahead of them, whereas Piper, given her privilege, has a comparatively easy transition back,” Schilling had told The Hollywood Reporter about Piper winning the Polycon lottery in the finale cliff-hanger. “It feels as though if you are a white person, particularly a white person with money and financial means, that the law doesn’t touch you. And conversely, people are punished for being poor, as opposed to being punished for any kind of crime. There are parallels between a black or brown person committing a crime and a white person committing the exact same crime, and the disparity in sentencing is remarkable. It’s incredibly important to bring that to light and I’m glad that we’re having a chance to talk about that through the show, and particularly through that dynamic with the Piper-Taystee parallel. Seeing how their two paths contrast each other so darkly really hits the message home. And now that Litchfield is a privatized detention center, [the Blanca storyline] is happening: There are massive corporations that are making huge amounts of money off of detaining immigrants, and they’re making huge amounts of money off of imprisoned people.”

Executive producer Tara Herrmann had told THR that OITNB planned to follow Piper’s life on the outside just as much as it did on the inside, and that their star’s post-prison journey would help to shine a light on how difficult re-entry into society can be. Aleida Diaz (played by Elizabeth Rodriguez) is also on the outside and has returned to selling drugs in order to make enough money to pull her younger children from foster care — echoing how Taystee violated her probation and returned to Litchfield back in season one.

“There’s no comparison to Piper going back and maybe struggling while having food, a home, a network that supports her and having access to work, basically because she is white,” Schilling had added to THR after the season six finale. “It’s a vitally important part of this entire arc of seeing this white woman enter the system and then leave the system. It has to include the disparity of re-entry. And now more than ever, as I think these conversations about privilege are being had and are much more present in popular culture, there’s even more room for us to examine it in depth.”

When it comes to her season seven arc, viewers should take note of the final line of season six dialogue as a tip-off about where the Piper-centered show plans to go. As her brother asks, “So what are you going to do next?” a look of dread washes over Piper’s face.

Since the Netflix series is based on the true story of Piper Kerman, her post-prison story could provide hints about OITNB‘s Piper. After serving 13 months of her 15-month sentence in a minimum security prison, Kerman wrote her memoir of the same name, inspired the Netflix TV show and continues to be an activist for prison reform. Midway through OITNB‘s sixth season, Piper the character suggested she might write a memoir to “expose” the system. Kerman remains a consultant on OITNB, but the Netflix series has significantly veered from her memoir since season two. Piper’s release could provide an opportunity for the two stories to meet up once again.

Meanwhile, the first-look photos also provide a peek at some of the rest of the starring ensemble back in Max. After spending five seasons on the minimum security grounds at Litchfield, the riot of season five sent a core group of prisoners down the hill to the maximum security prison. Season six separated the main ensemble out into warring cell blocks until the finale united all the surviving women through a peaceful game of kickball.

One of the photos reveals that Lorna Morello (Yael Stone) is indeed OK. After going into a worrisome early labor in the finale, the inmate is seen standing in line with Red (Kate Mulgrew), Nicky Nichols (Natasha Lyonne), Flaca Gonzales (Jackie Cruz) and Gloria. Though Lorna is smiling, the rest of the inmates have concerned looks on their faces as they are flanked by returning guards (Nick Dillenburg and Josh Segarra).

In one of OITNB‘s more devastating turns, Daya Diaz (Dascha Polanco) developed a heroin addiction when faced with her life sentence for the murder of C.O. Humphrey (who was actually killed by Kukudio, who is now dead). Daya, now dealing drugs with girlfriend Daddy (Vicci Martinez), is seen shaking hands with Taystee in the prison courtyard.

Alex, meanwhile, is shown sneakily with a cellphone in her hand. Before finding out about Piper’s early release, Alex made a deal to be second in command with her block’s gang. Now that boss is deceased and perhaps Alex is taking over the reins; she was last shown tearing up her grad school application. “[Alex] basically falls on the sword to make sure that Piper gets out, because she knows that’s what Piper wants,” Prepon had told THR of Alex’s goal of keeping Piper out of trouble so she could finish her sentence. “Alex sees the reality of the situation and knows how much more time she’s in there for. I think in the back of her mind, she knows she’s going to have to do some things to survive that aren’t going to lend itself to taking classes. And it’s unfortunate. Alex is really smart, but it’s just one of those realistic things where, especially now with Piper gone, she’s going to have to survive.”

Other photos show Pennsatucky (Taryn Manning) taking classes of her own at Litchfield, presumably turning over a new leaf after leaving CO Coates (James McMenamin) behind during her brief escape; Nicky is seen leaning on chosen mother Red in a van; and Suzanne Warren (Uzo Aduba), after spending much of season six digressing without the support of her prison family, is shown having a happy embrace.

And the cast video announcement hints to viewers that Maritza Ramos (Danielle Guerrero) could be making a return in the final season for a Flaritza reunion. Martiza, best friend to Flaca, was sent to a separate prison after the riot and the character was absent for all of season six. The video, posted Wednesday, sees the main castmembers singing the OITNB theme song — Regina Spektor’s “You’ve Got Time” — around the final season set and Guerrero is among the group. The video also calls out Lea DeLaria’s Big Boo, who appeared only briefly in season six, and Constance Shulman’s Yoga Jones.

After six seasons of awards and critical acclaim, prescient political storylines, and becoming a platform for timely topics from prison reform and institutional racism to human rights, Kohan and Netflix announced in October that the already renewed seventh season would be the series’ last. OITNB has been a staple drama for the streamer since helping to launch Netflix into the scripted originals business when it premiered in 2013.

When production wrapped in February, the cast and crew took to social media to honor the show from the final days on set. When speaking to THR before filming the last two episodes, Lyonne promised a “satisfying” ending; Brooks warned of “surprises”; and Schilling said the end is coming at the right time culturally: “I feel like we’ve told the stories, and I don’t feel like any stone is left unturned. I think [the show] did what it came to do. And now, in the Trump era, there are new stories to tell.”

Check out the first-look photos and cast video below (see Piper up top). Head here for a refresher on where OITNB left off. 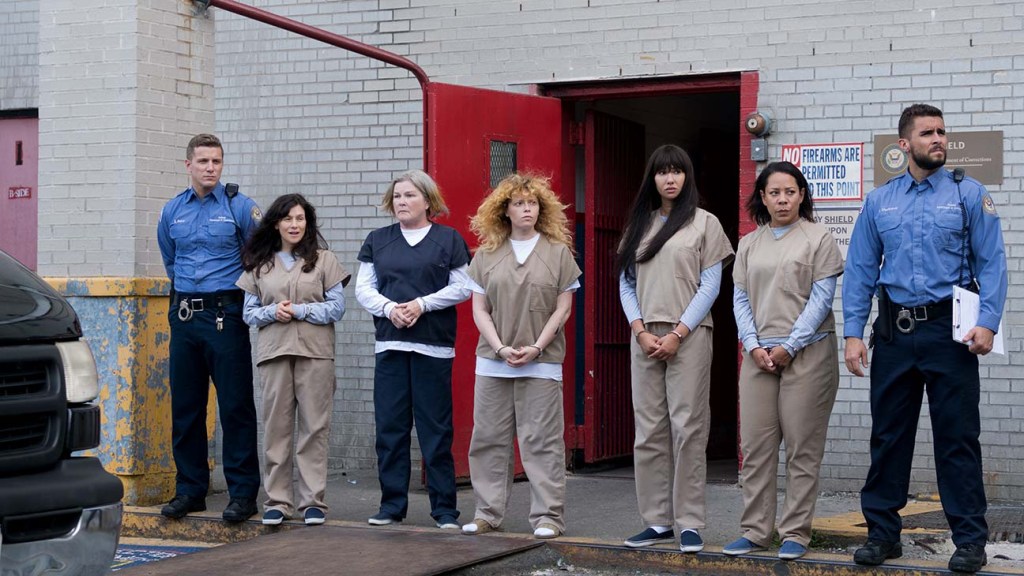 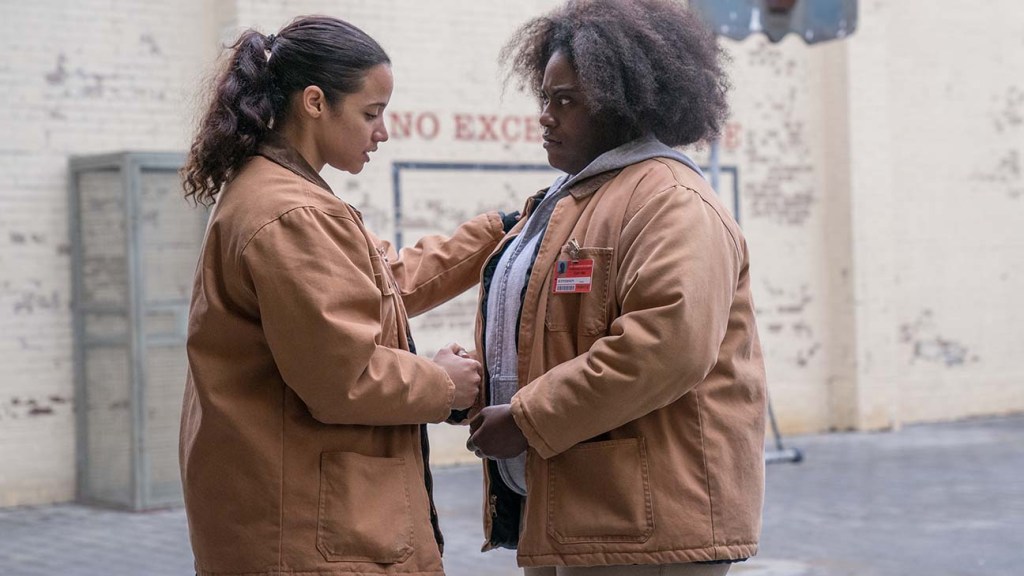 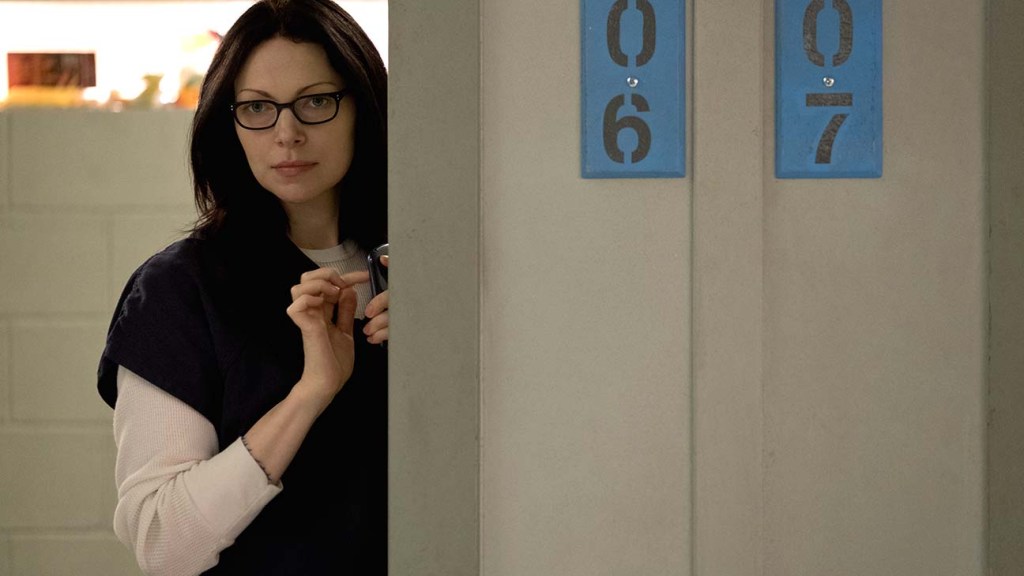 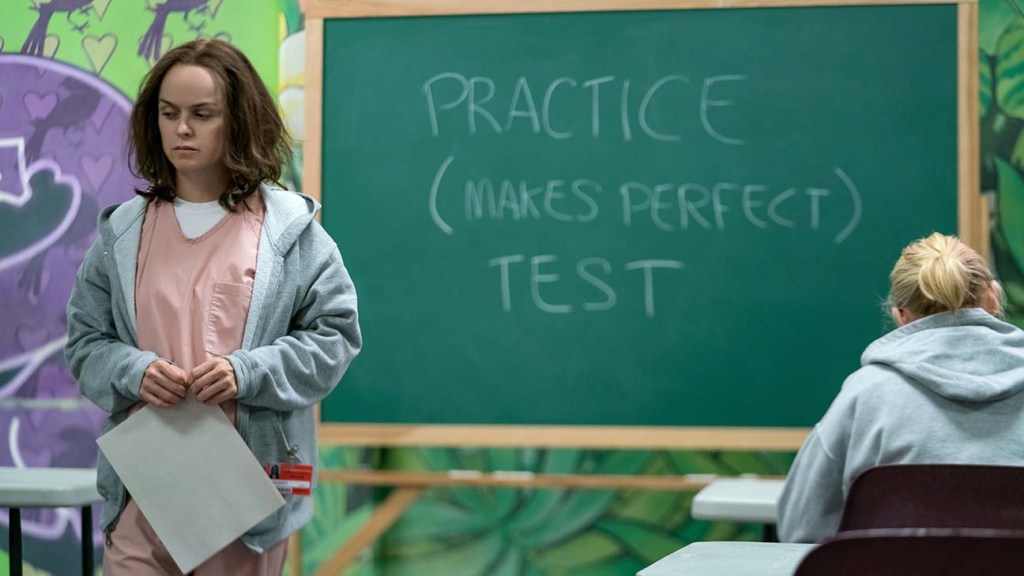 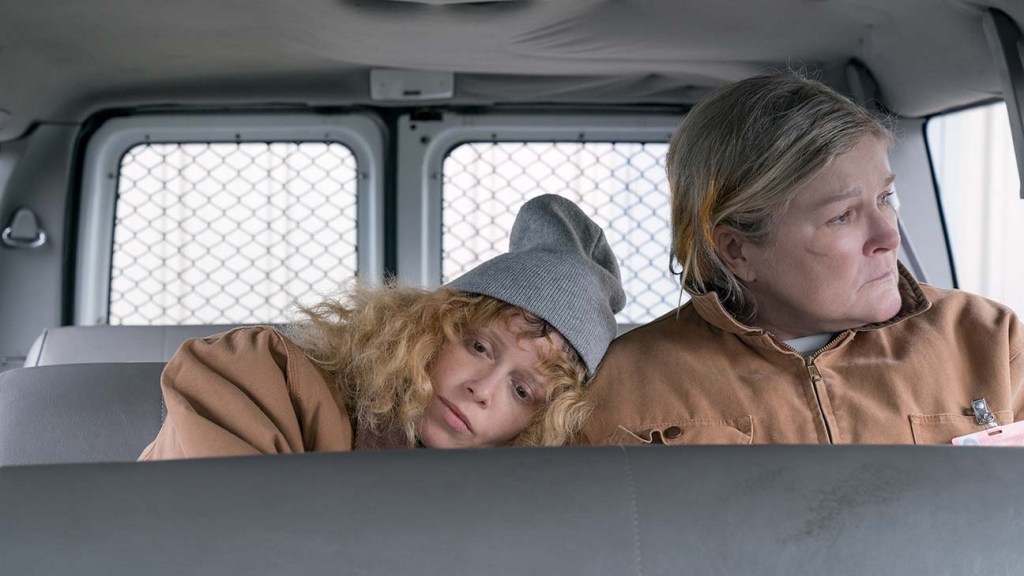 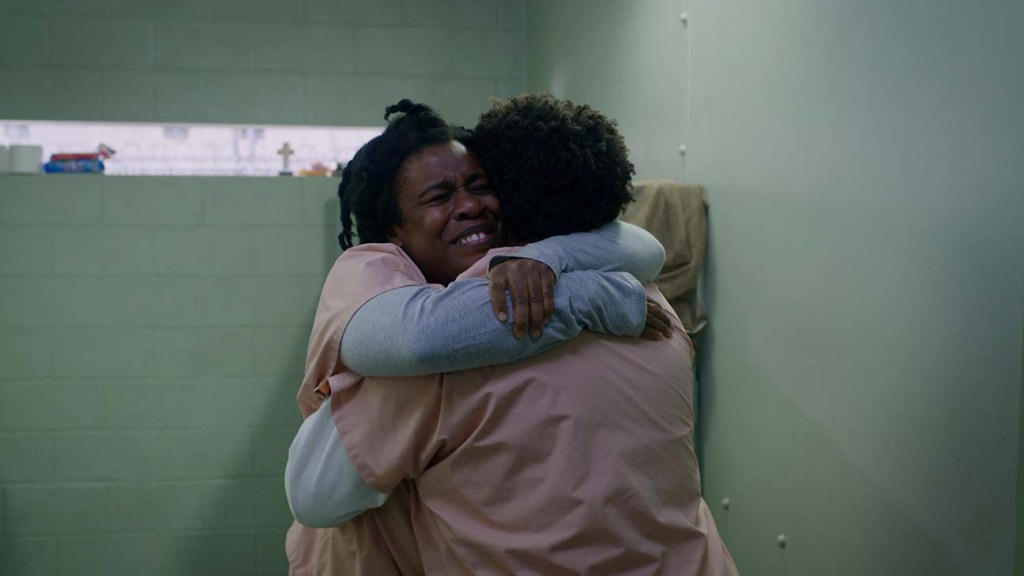