The first photos and footage for the highly anticipated return of Orange Is the New Black have arrived.

Netflix on Tuesday released the first minute from the fifth season of Jenji Kohan’s prison dramedy, which picks up exactly where the fourth season left off. The footage from the premiere episode shows Daya (Dascha Polanco) holding the gun she had obtained in last season’s finale and, according to the clip, the season is set to start off with a bang.

The fifth season of OITNB will take place in real time over the course of three days and is being described as an “unprecedented” season. The series usually keeps the time span of its seasons vague, so as to not explicitly give away how much time is left on characters’ sentences, and a three-day season is the shortest amount of time yet for the Taylor Schilling starrer to unfold.

The fourth season ended on a cliffhanger when Daya, propelled by 13 episodes of abuse and brutality at the hands of the new Litchfield guards, grabbed one of the CO’s guns and pointed it back at him. The flip of power took place during a prison-wide riot sparked by the tragic and untimely death of fan-favorite character Poussey Washington (Samira Wiley).

The first look shows Humphrey (Michael Torpey) kneeling before an overwhelmed Daya as the inmates encourage her to shoot, while Piper (Schilling) and Alex (Laura Prepon) decide to instead flee the scene. “If this is a real riot, do you think this is a step forward or backward for equality?” Piper asks Alex, who responds by saying she doesn’t care because they are “out of the business” of trouble.

When the footage goes black, a gun shot goes off — signaling that Daya will, in fact, pull the trigger. Though where she will be aiming the gun is yet to be seen.

“The boiling point has tipped over,” Polanco told The Hollywood Reporter after the fourth-season finale about her character holding the future of Litchfield prison in her loaded hands. “At this point, Daya is thinking, ‘F— everyone. I’m going for it.'”

The explosive riot, combined with the rage and grief felt by the inmates, is set to unfold in a season that will quickly escalate into utter chaos. Once the inmates get a taste of power, their lives will be forever changed as they are emboldened to fight for redemption, resolution and the respect they deserve. The fifth season is being described as, no matter what the outcome, life at Litchfield never being the same.

Netflix also released eight photos from the forthcoming season. One of the photos shows Alex and Piper assuming lockdown position on the floor, while another previews Crazy Eyes (Uzo Aduba) looking after her ex in the hospital wing.

Orange Is the New Black, which is produced by Lionsgate and has been renewed through season seven, drops all new episodes June 9 on Netflix. Watch the clip above and check out the photos below. 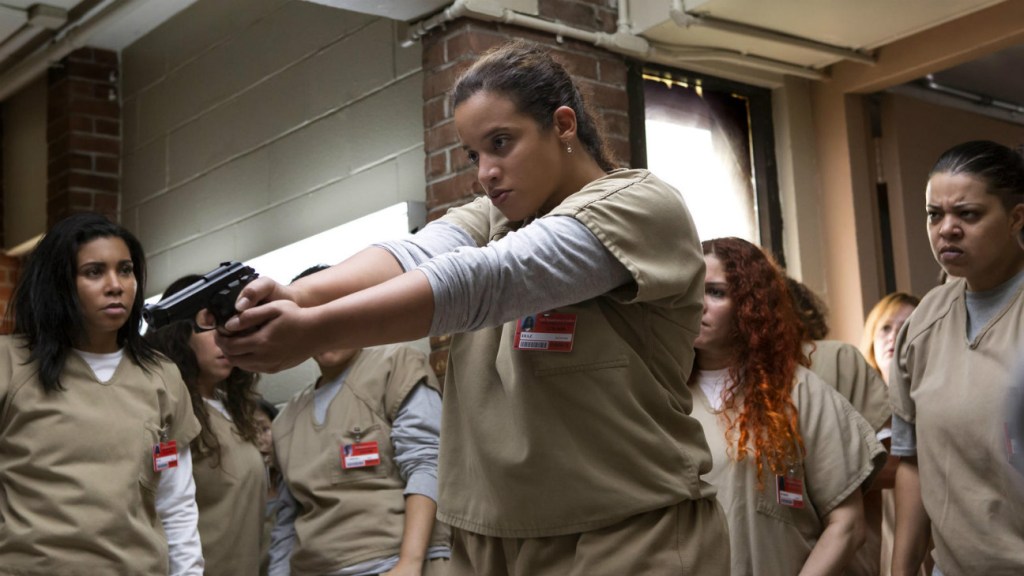 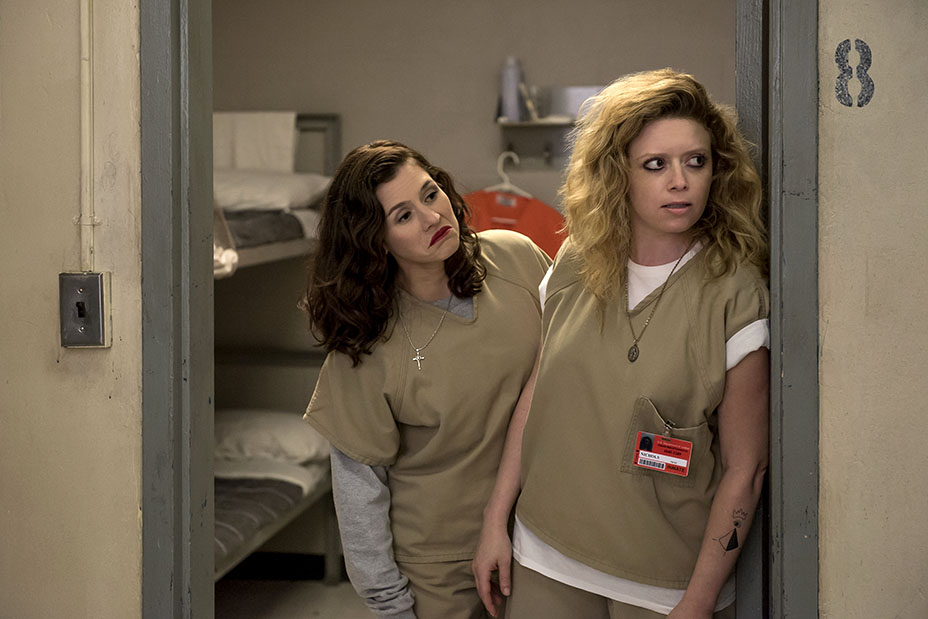 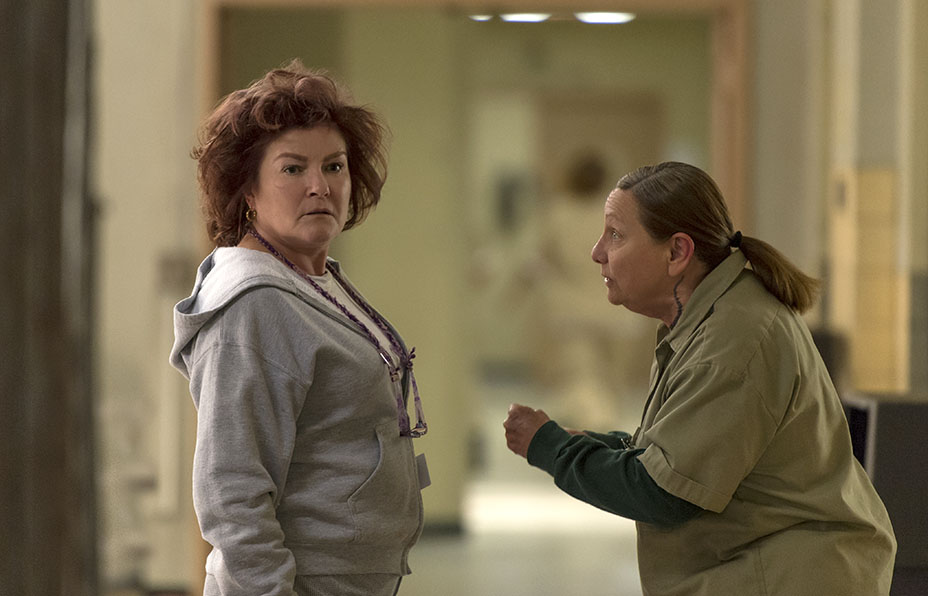 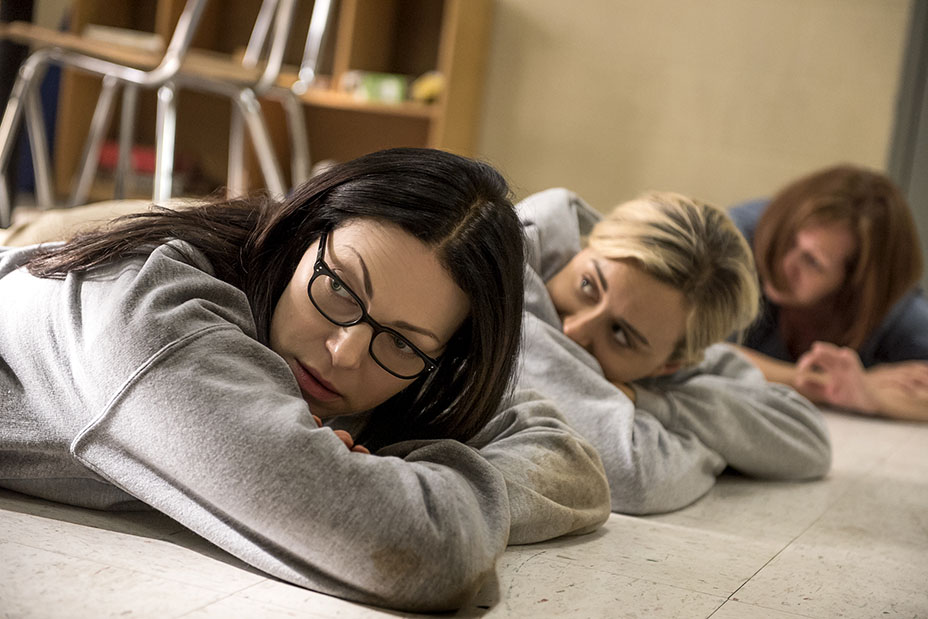 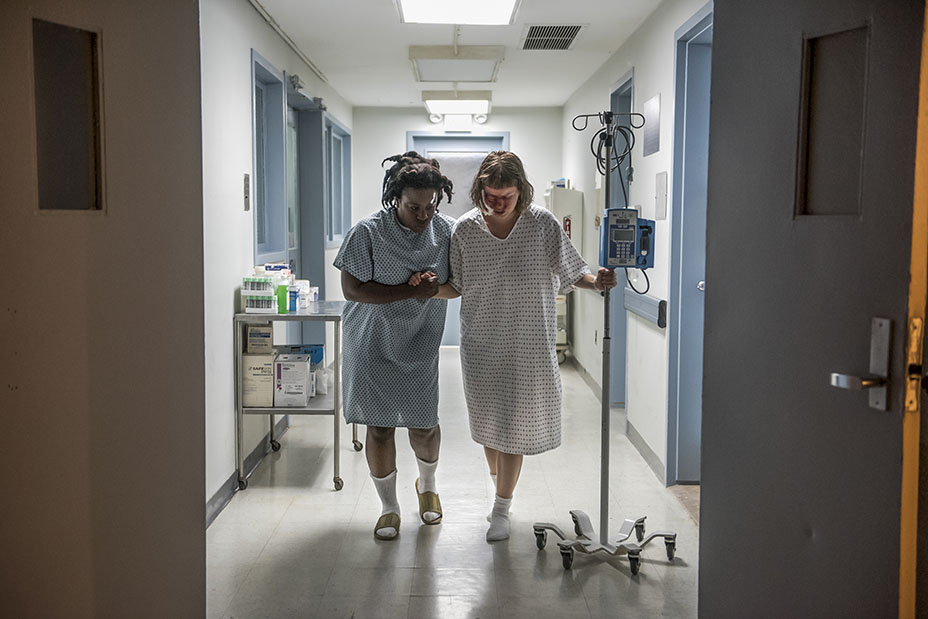 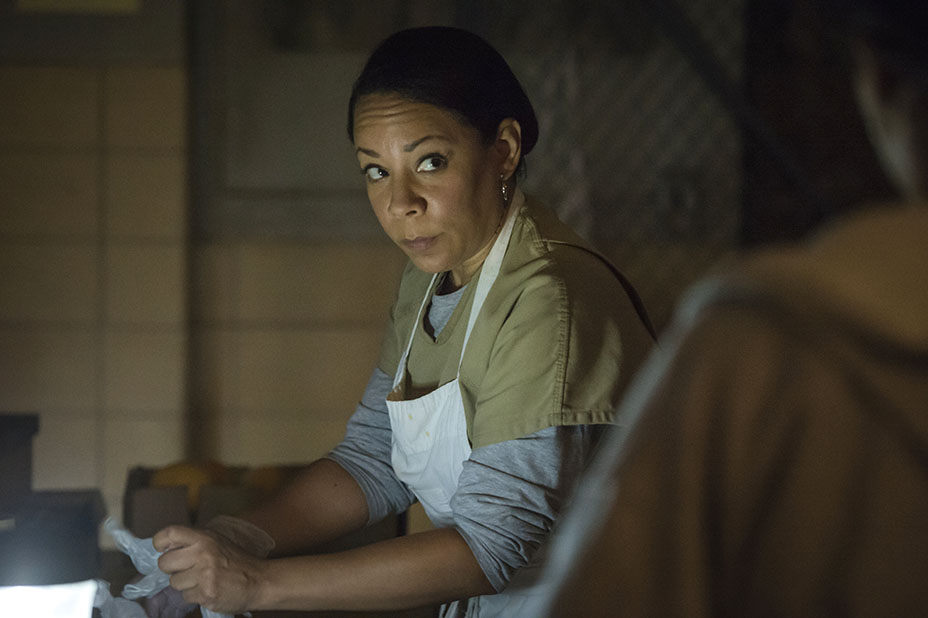 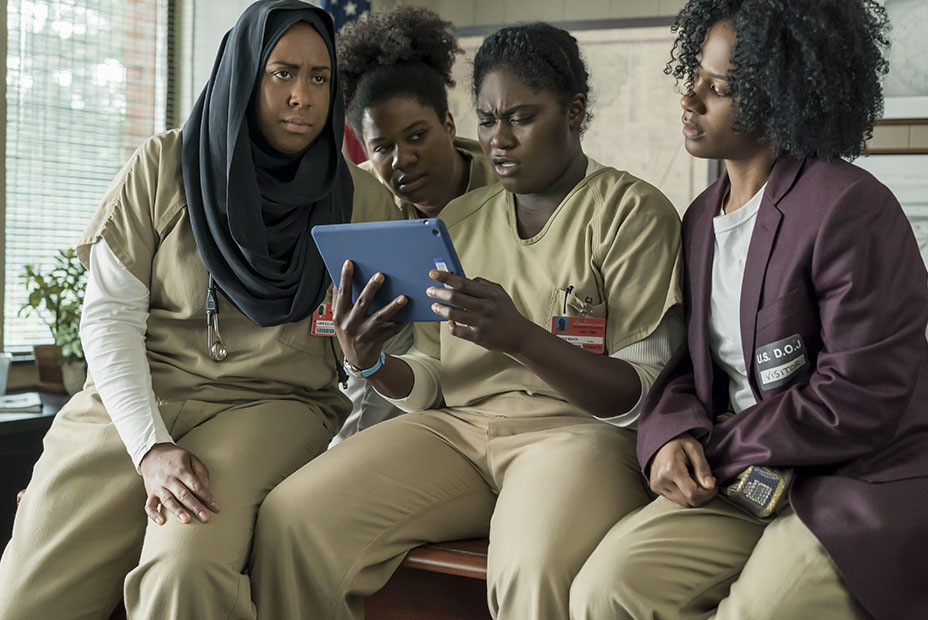 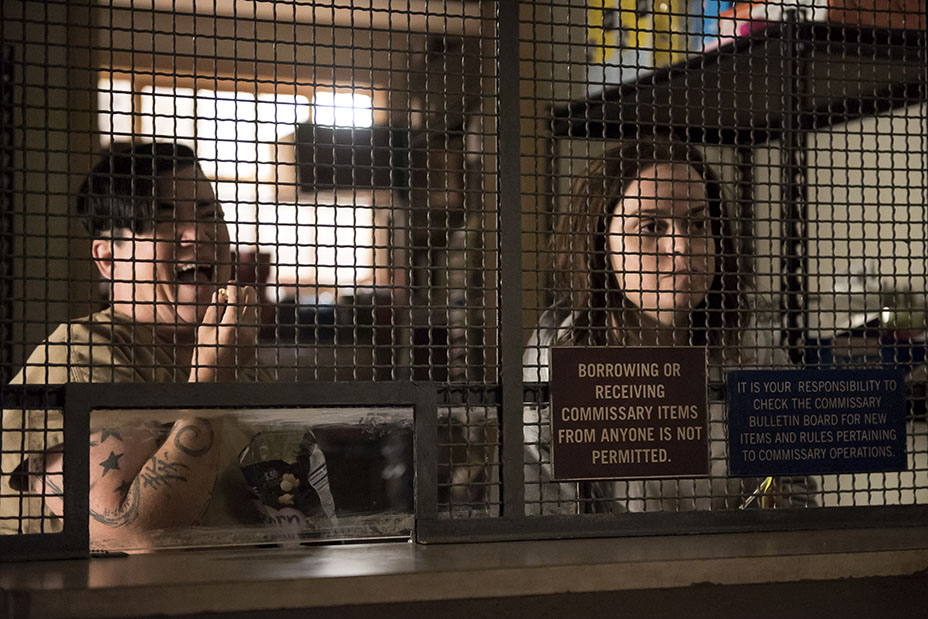