After dropping glimpses at what Orange Is the New Black will look like in the aftermath of last season’s game-changing finale, Netflix released the full trailer for season six on Monday, along with the first images of several of the inmates being re-booked into their new maximum-security home.

The revealing trailer provides an in-depth look at what to expect when Jenji Kohan’s prison dramedy returns on July 27. After riot police blew up a bunker holding 10 fan-favorite prisoners, the fifth season ended with the rest of the inmates being bussed off to undisclosed locations, signaling the move away from Litchfield. The fifth season, which was met with mixed reviews, charted a three-day riot that ended disastrously for the inmates. The trailer proves that the halcyon days of Litchfield are over, but it also confirms that all but one of the 10 characters whose fates were left up in the air after the explosion are indeed alive and made it to max.

Piper (Schilling), Taystee (Danielle Brooks), Red (Kate Mulgrew), Suzanne (Uzo Aduba), Nicky (Natasha Lyonne), Cindy (Adrienne C. Moore), Gloria (Selenis Leyva), Blanca (Laura Gomez) and Frieda (Dale Soules) all appear in the trailer, which also confirms that Daya (Dascha Polanco) — who exited the fifth season early — has also been shipped off to max for her inciting role in the riot, which left a guard dead. (Daya is also one of a few inmates featured in the season’s key art, below.)

Alex (Laura Prepon) is the only inmate of the 10 who doesn’t appear in the trailer. (Prepon had a baby around the time the season began production.) “Where is Alex?” Piper asks of her new fiancee, while questioning where the familiar faces have gone. “Don’t you think it’s weird we’re the only people in here?”

'Orange Is the New Black': 14 Burning Questions for Season 6

The inmates viewers have come to know are splintered off into new groups in max — factions that, for the first time, do not appear to be defined by race. As Piper explains to a pink-clad Suzanne, it’s the blue khakis v. the brown ones, with the pink ones remaining “safe” out there. “This isn’t home, this is not home,” says a worried Suzanne, aka Crazy Eyes, to which a guard replies, “It is now.”

In addition to facing new threats within the prison walls, the inmates are being hunted by a system that is looking to pin both blame and punishment on the women responsible for the riot. A closer look at the murder board shows Nicky, Blanca and Gloria under a header that reads “Riot Leaders”; while Daya, Cindy and Frieda fall under a card that reads, “Murder.” Also written on the board are charges that range from 10 years-plus to life. Piper, Red and Maria remain TBD in the middle of the board.

The season synopsis from Netflix says: “Picking up one week after the emergency response team stormed Litchfield Penitentiary, the ladies of Litch have been torn apart, literally and figuratively, as they enter a new facility. Now ?newbies, ?they ?must navigate new rules and power dynamics, starting at the bottom, and getting hazed by inmates and tortured by guards. Friendships will be tested and new allegiances formed — some by choice and others by circumstance — as the women face a slew of charges from the riot. Will they take plea deals and turn on each other or band together and keep their bonds intact?”

Amid the dire circumstances, the trailer also treats viewers to the return of a familiar face: fan-favorite Lolly (Lori Petty), who hasn’t been seen since season four. Some of the other big takeaways are Taystee dressed in plain clothes and not prison garb, signaling a potential trip to the outside; and an absent Maritza (Diane Guerrero), who was split up on a different bus from best pal Flaca (Jackie Cruz), who does appear in the trailer.

Orange, produced by Lionsgate Television, has already been renewed through season seven. Series creator Kohan, who has not ruled out the seventh season being the Emmy-winning series’ last, said some of the difficulty with season five was having a nearly all-new writers room and working within the show’s timeline constraints: Orange‘s world is only 10 months into Piper’s 18-month sentence, setting the show in the past and before President Trump’s election. Kohan said she would be looking for more ways to take on Trump and the current political climate with season six: “Do we just throw the timeline out the window? Season five is season five, but for six, I don’t think anyone can help but incorporate some of the feelings associated with what’s going on and the divisions and all that stuff.”

Watch the trailer (above) and check out the first images of some of the key inmates in their new cells: Piper, Taystee, Nicky, Red, Cindy, Gloria and Maria (Jessica Pimentel), below. 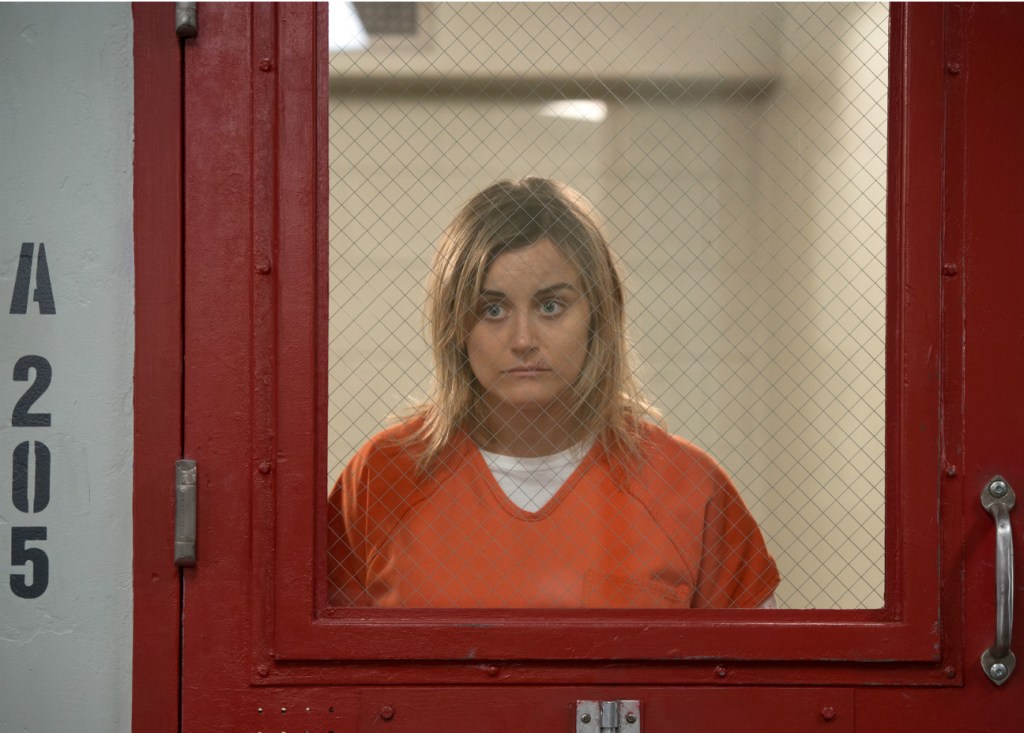 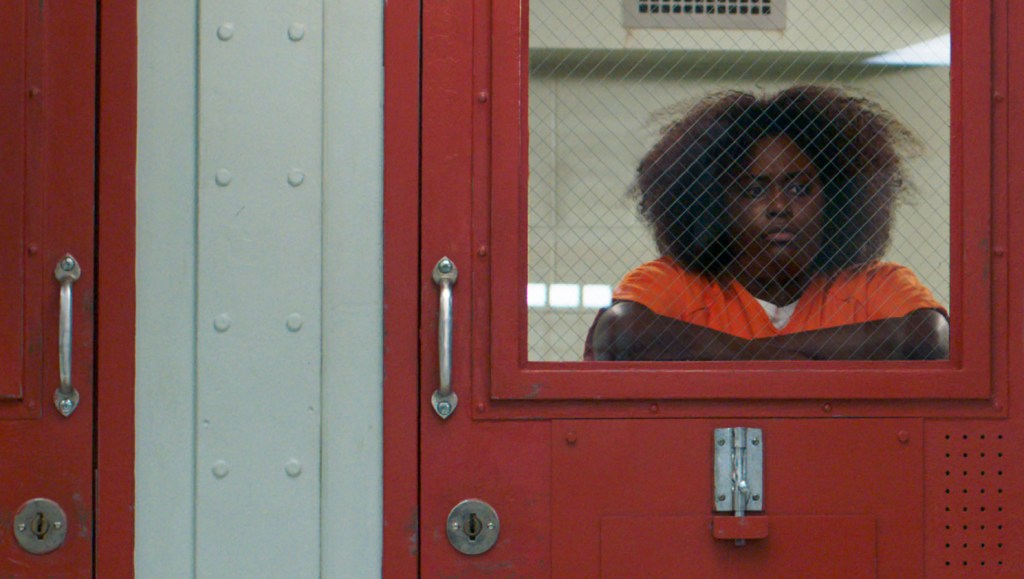 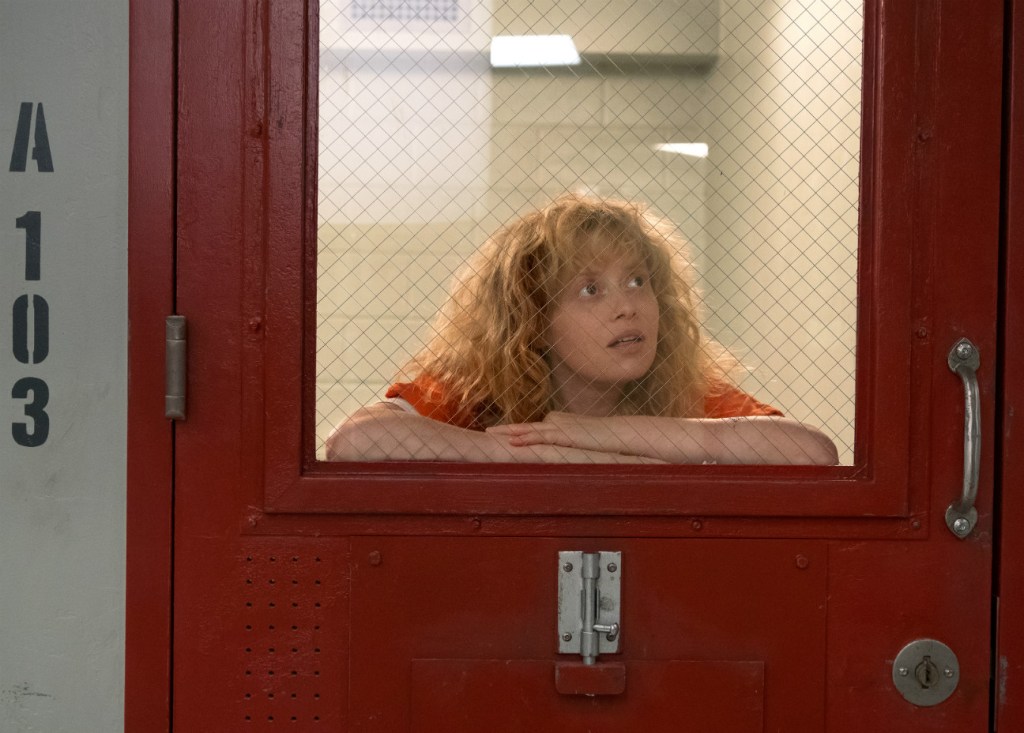 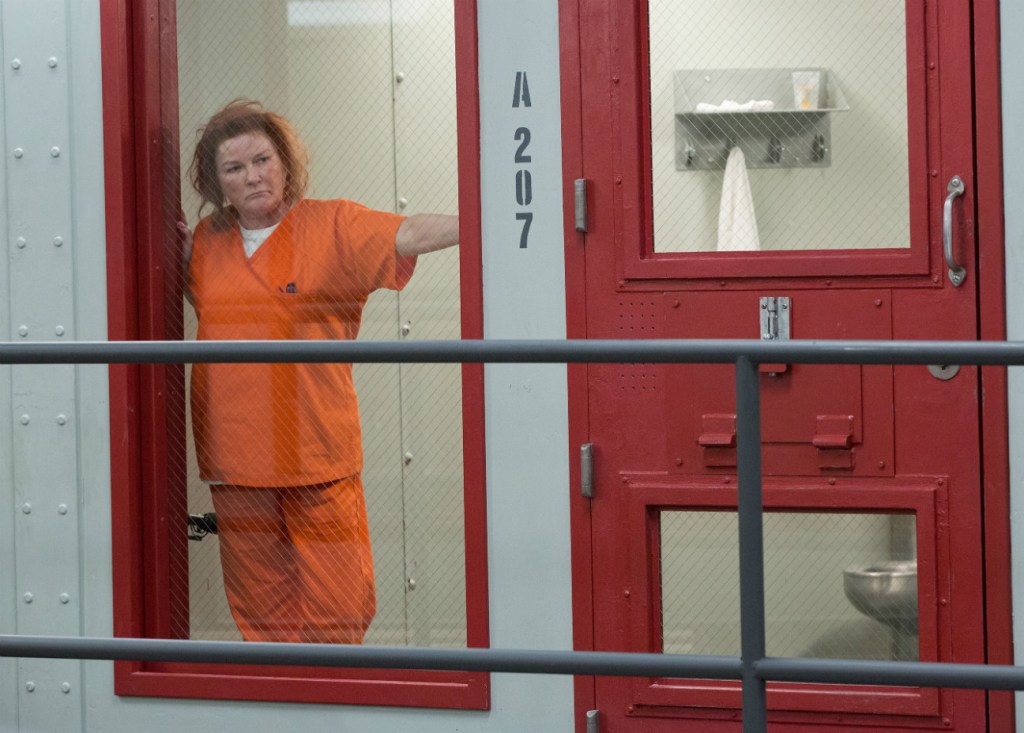 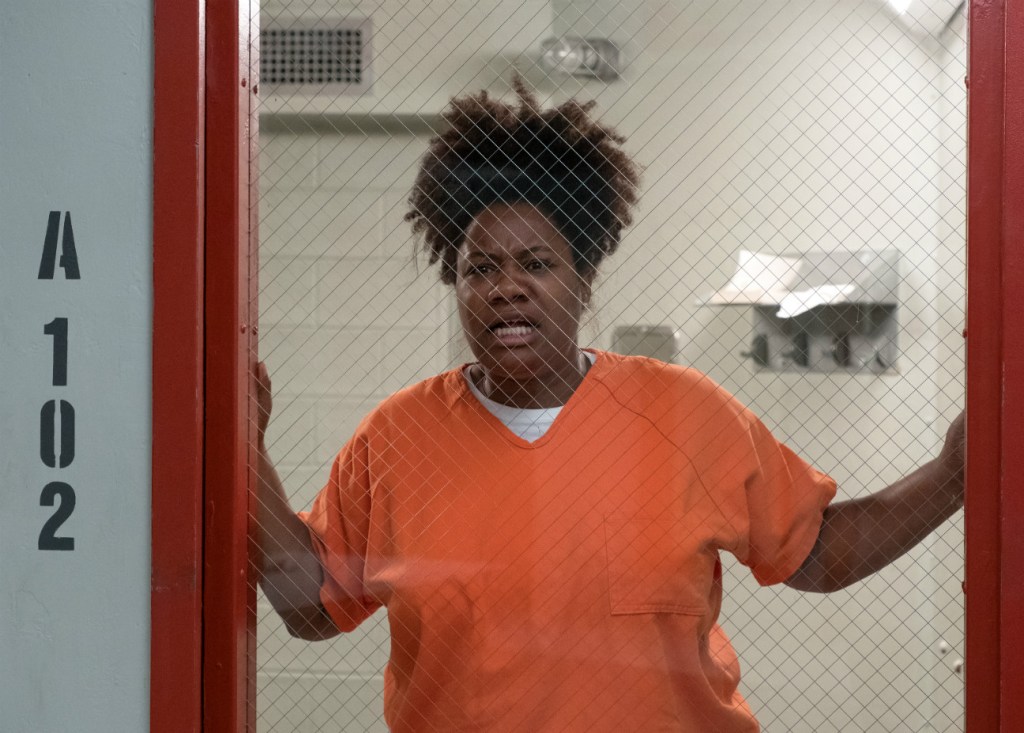 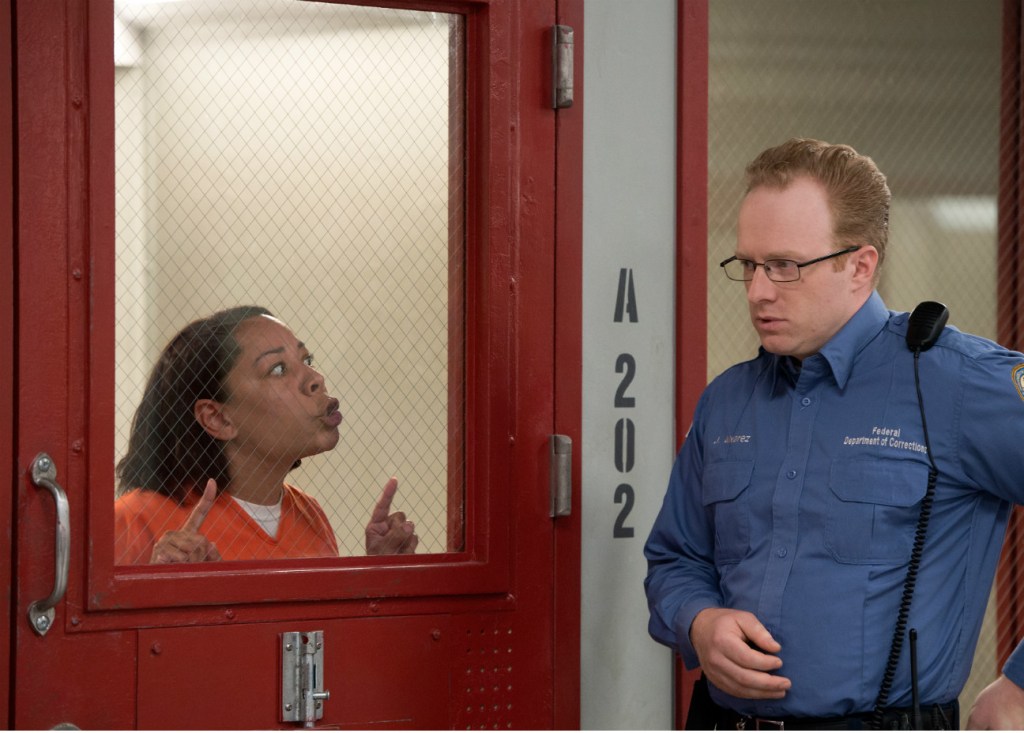 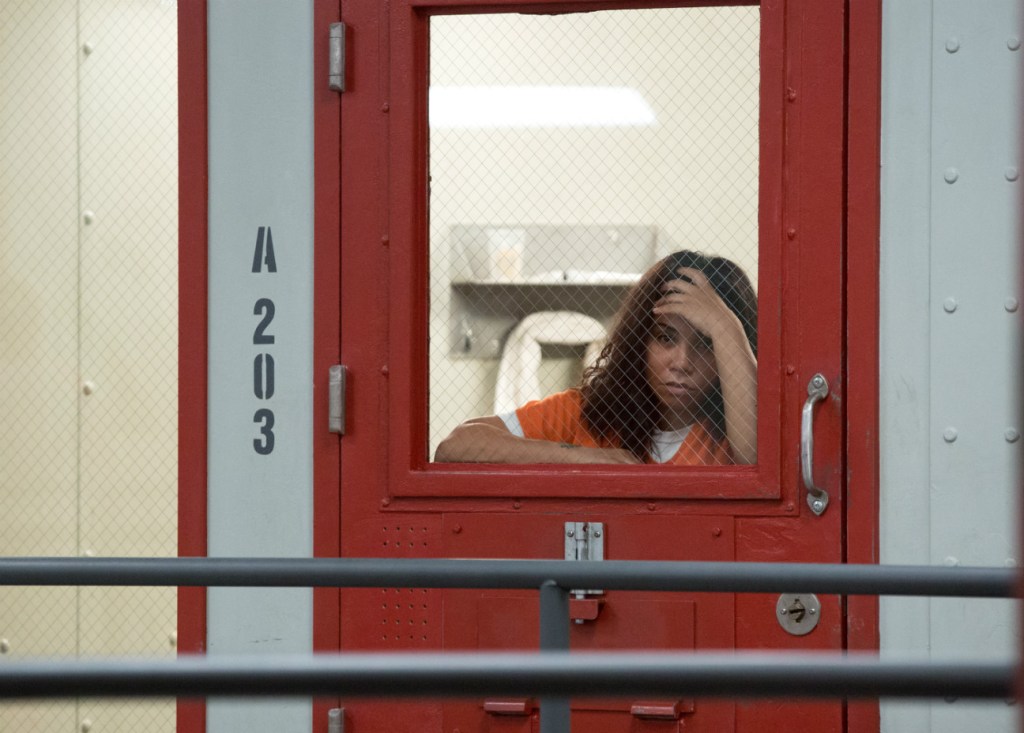 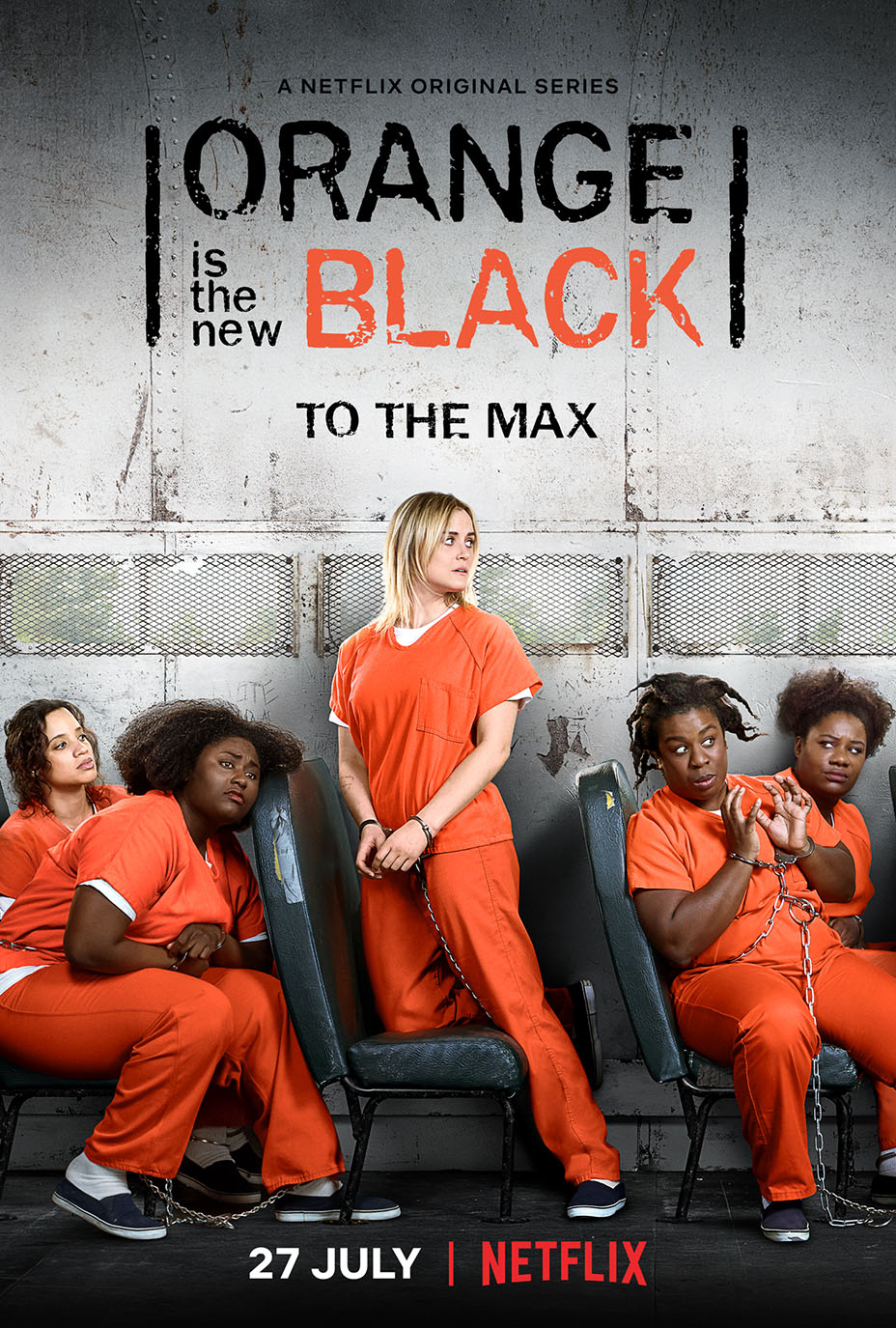