A season after closing up shop on The Vampire Diaries, The CW is doing the same for its spinoff, The Originals.

Showrunner Julie Plec, ahead of the show’s time at San Diego Comic-Con, announced Thursday that the upcoming fifth season of The Originals would be its last. The announcement comes a year after The Vampire Diaries also used the Comic-Con stage to announce that it would come to an end.

That The Originals would end with its upcoming season comes as little surprise as speculation that the series was in its final stretch heated up following the season four finale. During the episode, the ancient vampire Mikaelson siblings went their separate ways, and powerful supernatural child Hope was sent to the magical boarding school established in The Vampire Diaries‘ series finale.

Plec told The Hollywood Reporter following the Vampire Diaries series finale that she was thinking about another TVD spinoff. “It all brings it back to what I see as a future for either The Originals or another piece of the franchise to launch off of the end of The Originals. So I look forward to being able to play around in that sandbox and see if I can make something of it,” Plec said at the time. 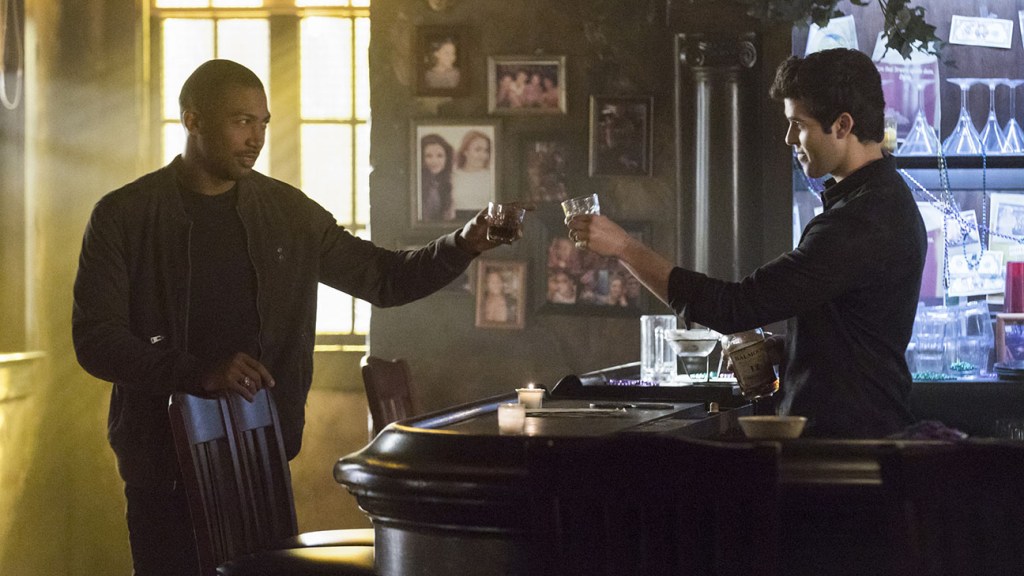 On Thursday, Plec wrote that she found it only fitting to use the Comic-Con announcement of The Vampire Diaries’ final season to make the announcement that its spinoff would come to a close this season as well. “It’s both a gift and a burden to be able to control the ending of a series,” she wrote, indicating that there could be another chapter to come from The Originals. She invited fans to attend the show’s Saturday Comic-Con panel to “celebrate with us, cry with us, visit with us, watch with us next spring when we air … and know that in a show about an immortal family who believes in ‘Always and Forever,’ it’s never really the end of the story …”

CW president Mark Pedowitz also noted that he and Plec had “casual discussions about” another offshoot of the now-concluded flagship series. “I actually guessed what her plans were in one of our casual discussions. I think that is a discussion that we can have as we go into development. I think she had it set up the right way.”

Comic-Con: 'The Vampire Diaries' to End With Season 8

Even with The Originals coming to a close, The CW still has a stocked roster of programming. The younger-skewing network renewed 11 shows last season, with The Vampire Diaries and Reign coming to a close and rookies No Tomorrow and Frequency failing to make it to a second season. The network — which had its strongest pilot season to date — picked up four more shows for 2017-18: Valor, Dynasty, Life Sentence and Black Lightning, the latter landing at The CW after initially being developed at Fox.

The Originals returns midseason on The CW.