[Warning: This story contains spoilers from the season four finale of The Originals.]

The Originals wrapped up its fourth season with a finale that could’ve served as a series ender: despite a heartbreaking twist that saw four of the Mikaelson siblings torn apart forever, they each got a solo happy (or at least bittersweet) ending — and the potential crossover set up in the Vampire Diaries series finale came to fruition.

With the Hollow finally possessing Hope, the only way to save the young Mikaelson witch was to split the Hollow’s evil, Horcrux-style, into four of the ultra-powerful siblings. The consequence: Klaus (Joseph Morgan), Rebekah (Claire Holt), Elijah (Daniel Gillies) and Kol (Nathaniel Buzolic) will never be able to be in the same room together again without the evil gaining control, meaning they all went their separate ways. Rebekah and Marcel (Charles Michael Davis) finally embarked on a real relationship in New York City, Kol was about to propose to Davina (Danielle Campbell) in San Francisco, Elijah was playing piano in France, Klaus was checking in on his brother, and Hayley (Phoebe Tonkin) was last seen dropping Hope off at Alaric’s school.

When the show returns for season five on The CW, The Hollywood Reporter has learned that the focus will shift to follow a teenage Hope at the Salvatore Boarding School for the Young and Gifted—but the rest of the characters will still be in the mix despite the fact that most of them can’t be in the same room together without setting off devastating supernatural consequences. And although Hope will be relocating to Mystic Falls, New Orleans isn’t out of the picture either — something will likely lure the Mikaelsons back to the city that keeps calling their name.

THR spoke to outgoing showrunner Michael Narducci, who is exiting for an overall deal at ABC Studios, about writing an episode with plenty of closure, Vampire Diaries crossovers and where the story will go in season five.

'The Vampire Diaries' Could Get a Second Spinoff

The episode provided a lot of closure — does that mean the end of some characters?

I think there’s always more story to tell. This is a family that’s been around for a thousand years, and they’ve had all kinds of turns along the way. We knew we wanted to provide a satisfying season finale. It was not our intention for it to be the series finale, but we also knew that if the worst case scenario did happen, there were some things we wanted to be able to address. So as we approached the writing of the finale and talking about it in the room —and actually, the entire season — we talked about ending a chapter but definitely having there be room for more to come. And I think it’s pretty obvious that there is a lot more story to tell, and I am very excited to see what they’re going to do in season five.

Was the idea always to send Hope to the Salvatore School?

In terms of The Originals, New Orleans is a very important place and it always will be a very important place for their family. But Julie [Plec] and the writers of The Vampire Diaries had this brainstorm to create the school for supernatural children, and she really loved that idea. We have Hope and she is a very, very powerful witch. We’ve talked a lot about how she needs guidance, she needs mentorship. We even chose our villain of this season to be a witch who was so powerful and perhaps did not have guidance. She was a threat who became this grand evil, and the idea was there but for the grace of god go Hope. And so how do you take a child with all this power and provide for her the mentorship she needs? …That felt like a great place for Hayley having to choose to send her to school. It felt like a nice bit of closure.

How Stephen King Is Inspiring 'The Originals' Season 4

You’re not involved in the show anymore, but what can you say about where each of these storylines can go?

What can you say about the reports of a potential Originals spinoff?

Every show, as a matter of pride, hopes for success and imagines that their characters are so amazing, that their storylines are so rich and have such depth, that there’s a spinoff element possible. We’ve always joked about what spinoffs we could tell on our show. Certainly, since my days on The Vampire Diaries, we’ve talked about what the show would look like from the werewolves’ point of view or from the vantage point of the witches. Julie and I had had some preliminary discussions and she had pitched me some ideas, but all of that going forward exists in the mind of Julie Plec. I definitely think there’s some amazing potential. 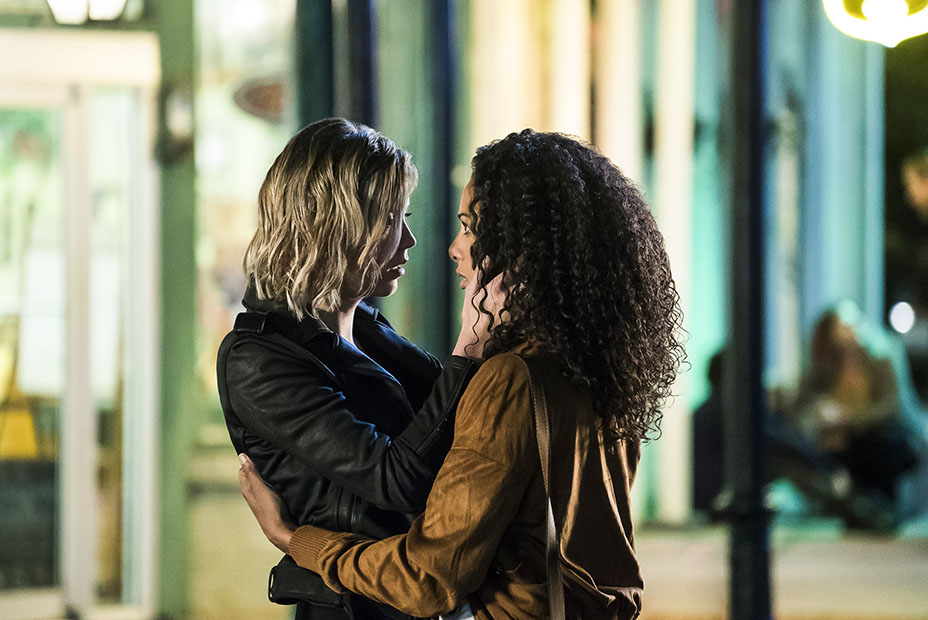 This season introduced a lesbian relationship between Freya (Riley Voelkel) and Keelin (Christina Moses). What was the discussion surrounding that?

Freya was a character who had been unexplored in certain [areas]. We saw her having this great responsibility with her family, and we saw her having a little bit fun, i.e. going to parties and things, but we never saw an intimate dramatization of her romantic life, and at the same time we wanted to get more characters on the show that represented different [supernatural] factions. … Pretty early in the process we had pitched [the story]. We wanted to tell a really good love story.

Is LGBTQ representation something you talk about a lot in the room? 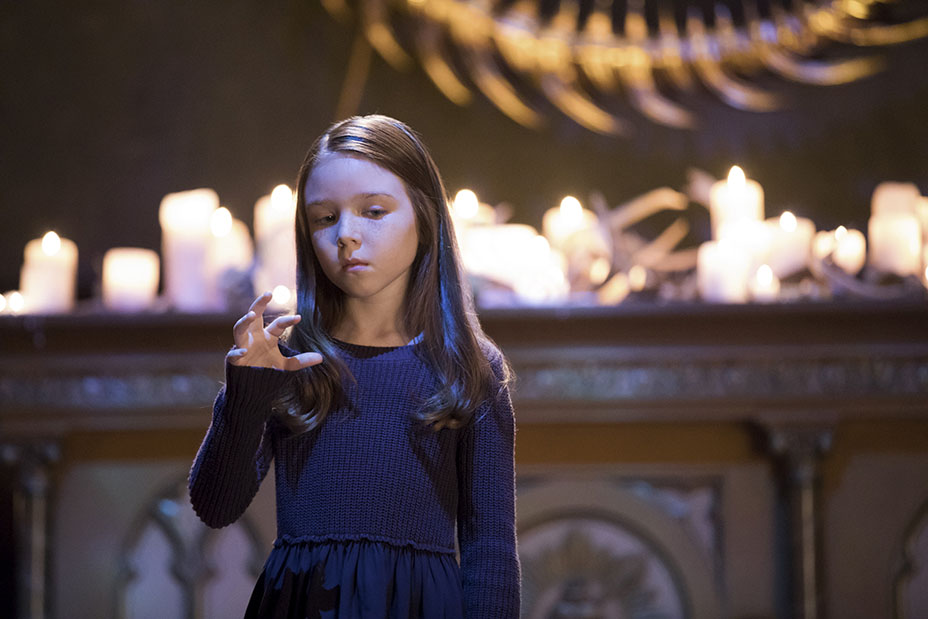 Klaus has really evolved as a character this season. Do you think he’s finally redeemed himself?

It’s hard to say that about someone who killed Aunt Jenna and killed Mayor Lockwood and tried to kill Elena 100 times, who has done terrible, despicable things throughout his existence, up to and including daggering his own siblings and threatening to throw them in the ocean. He’s not a hero and we have to acknowledge that. I know a lot of fans want to talk about how he can be changed by love, by romance, certainly this affection he has for his daughter. I think those are important things to explore when you’re telling a story. At the end of the day, we took him from a guy who found out he was going to have a kid and didn’t care at all to a guy who was willing to sacrifice himself and did sacrifice himself — he spent five years tortured and in solitude, and then coming out of that experience, while he was still Klaus, he was still capable of doing awful things to his enemies. He had changed and he did very much care about this child up to the point where he gave up the thing that was most important to him, his family, in order to protect her and save her. I do think that’s growth.

A lot of this season hinged on young Hope, who was played by Summer Fontana. Did you worry about that when casting her?

if you take one thing from this interview, please know that with all my heart I believe that Summer Fontana is going to be a big, major star. She was phenomenal. Everything that we gave her to do she was incredible. She exceeded all of our expectations.