The 93rd Academy Awards, produced by Steven Soderbergh, Jesse Collins and Stacey Sher, slumped to their smallest TV audience ever. But the April 25 show was hardly alone this awards season in achieving that dubious milestone. The 10.4 million viewers for ABC’s Oscars telecast — a 56 percent drop from 2020 — were in keeping with a host of other awards broadcasts over the past seven months.

Collectively, the four biggest awards shows — the Emmys, Globes, Grammys and Oscars — lost a staggering 35 million viewers from their previous telecasts in the 2019-20 season, suffering an average drop of 45 percent. The Emmys actually fared the best, losing only 9 percent of their 2019 audience (albeit from a much lower starting point than the other three).

The damage wasn’t limited to the marquee events. The Screen Actors Guild and Critics Choice awards also saw their audiences shrink by more than half, and the most recent CMA Awards, American Music Awards and Billboard Music Awards fell by an average of 44 percent.

The only outlier has been the NAACP Image Awards, which has seen substantial growth in each of the past two years — first by moving from TV One to the more widely distributed BET (and simulcast on other ViacomCBS cable networks) in 2020, then by adding CBS this year.

Awards shows may be the category of TV programming hardest hit by the pandemic, in fact. A number of sports events, including the World Series and NBA and NHL finals, were down by similarly large percentages last fall, but that was due in part to all three, plus the NFL regular season, being crowded into the fall. As the calendar has returned to normal, sports ratings have stabilized somewhat.

Linear TV usage has also declined during the pandemic, but by far smaller percentages (15 to 20 percent) than the drop for awards shows. Broadcasters have to hope that as more of life returns to normal in the coming months, audiences will again have an appetite for industry kudos. 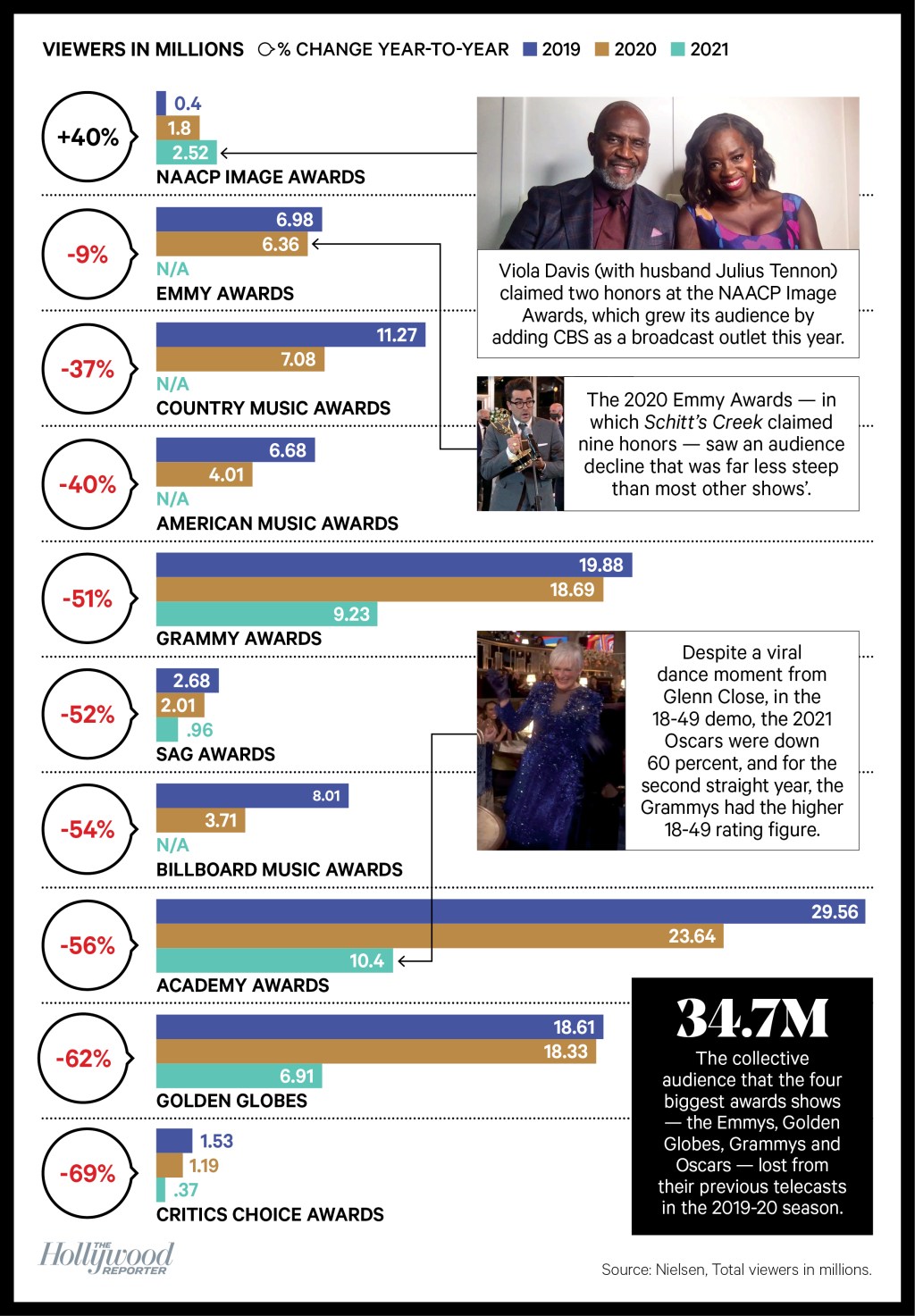