The “Droughtlander” has already ended for a few thousand lucky fans gathered in Ballroom 20 on Friday for Outlander‘s Comic-Con panel.

The Starz series, which won’t premiere for another two months, surprised the packed audience with an advance screening of the season-three premiere, “The Battle Joined,” after the panel ended.

The episode, written by showrunner Ronald D. Moore, was a huge hit with fans, who didn’t realize they were going to see an entire episode before the rest of the world. It was the cherry on top of an enthusiastic, excited panel from Moore, author Diana Gabaldon, executive producer Maril Davis, series stars Caitriona Balfe (Claire Fraser), Sam Heughan (Jamie Fraser), Tobias Menzies (Black Jack Randall/Frank Randall), Sophie Skelton (Brianna Randall) and Richard Rankin (Roger Wakefield), who were joined halfway through by former castmember Graham McTavish, with a glass of whiskey in hand. The panel was moderated by self-proclaimed Outlander superfan Jenna Dewan Tatum. (Fun fact: The fearless moderator revealed that her husband, Channing Tatum, watches Outlander with her.)

During the panel, the cast was tight-lipped about any season-three spoilers, but Menzies revealed where the story picks back up in the premiere for his fan-favorite villain, Black Jack Randall, Frank’s sadistic ancestor. “We begin the season at Culloden,” he said, before nervously glancing over at Moore and Davis. “Yes, we see the encounter at Culloden between Jamie and Black Jack, which will be surprising, actually. It’s not entirely what people expect from it.”

As for his other role, Frank, fans will get to see his final 20 years of life with Claire after they reunite in detail. “We get to unpack the story of Frank and Claire and Boston,” he says. “It’s quite different from the book. We get to see that in real time.”

Balfe revealed, to many screams and applause, that the iconic print-shop scene coming up this season was penned by longtime Outlander writer Matt B. Roberts.

“With any of these moments, you know they’re big fan moments,” she said. “Obviously, it’s a huge moment for Claire and for Jamie to find each other again. That’s the big thing.”

“We were apart for a lot of this season, not to give away too much,” Heughan added. “Ultimately they go through the emotions of grief and acceptance of losing someone they love. For that person to come back in their life … it would almost make a man faint.”

'Outlander': The 6 Biggest Reveals From the Season 3 Trailer

Author Gabaldon will not write an episode this season — a first since the series began. “I mean, I’d written the book,” she said with a laugh. “I thought that was enough.”

The network also released three new photos from season three. Above, Jamie is seen in the iconic print shop he runs as a cover for liquor-smuggling in the 1700s, the very shop where he will reunite with his long-lost wife Claire after 20 years of separation. Below, in the 1960s, Frank glares at Claire laying on the bed beside him, as her return is not the rosy reunion he hoped for. Though Frank promised to raise Jamie’s daughter, Brianna, as his own, Claire will not be able to let go of Jamie’s memory so easy, and their marriage will suffer for the 20 years they’re together until he passes away. 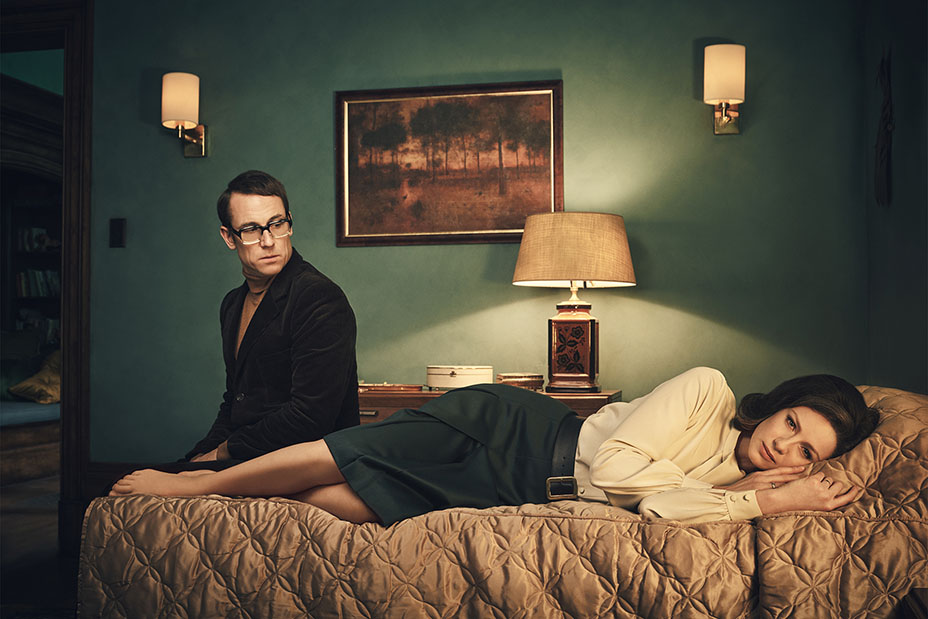 The third photo takes place after Frank’s passing, when Claire enlists Brianna and Roger’s help in tracking down any proof of Jamie surviving the Battle of Culloden. She ends up finding exactly what she needs to motivate her to go back through the stones to find her second husband in the moment fans have waited years to see come to life. 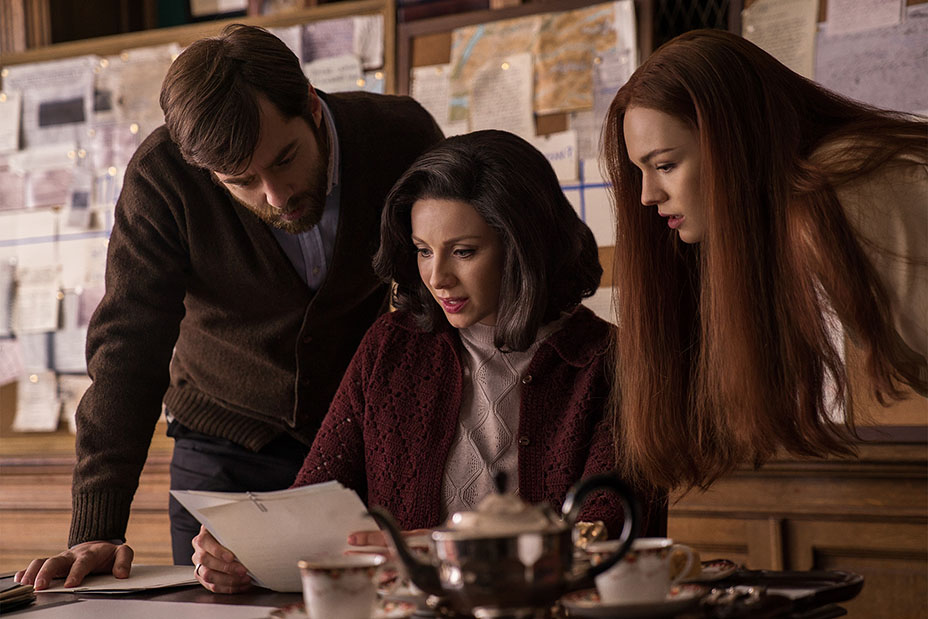 Check out the recap video of the first two seasons shown during the Comic-Con panel.