Top Chef hit a little differently for its 17th and most recent season. Filmed entirely in 2019, it premiered mere days after the COVID-19 pandemic forced most of its audience to stay at home. Host Padma Lakshmi and her fellow executive producers could not have known that the 14-episode run, which sent a cast of returning fan favorites to restaurants around Los Angeles and a culinary tour of Italy, would feel like a postcard from a bygone era.

The 2010 Emmy winner for outstanding competition program is again nominated in the main reality field, as are co-hosts Tom Colicchio and Lakshmi — who recently spoke with THR about how to make the show moving forward (no more shared plates!) and her just renewed Hulu series Taste the Nation, a domestic travelogue that gives voice to immigrant cooks.

Do you think the popularity of this season was because of the cast, the timing or a bit of both?

It had been like 10 years since we’d had an all-star season. We had a couple of alumni sprinkled in a couple of seasons, but we really hadn’t done this for a while. In some cases, I’m good friends with these people and have had them at my home, so it felt very comfortable. That was the vibe between the chefs as well. I think the season came at the right moment when the country really didn’t need a cutthroat competition. What they needed was something comforting, though still high-caliber and really competitive.

During the finale, you, Gail Simmons and Tom Colicchio cooked dinner for the final three. Who made the best dish?

Oh, the dish I made. (Laughs.) No, kidding aside, I really love the tart that Gail made. I’m not a big sweets person, and I thought that tart she did was beautiful.

Top Chef seems to have made a greater effort to showcase not just chefs of color but chefs of color who cook their ancestral cuisine. I know you’re not directly involved with casting, but what are the conversations about that among producers like these days?

I’m not involved in casting, but that’s one area that has been very important for me since I became an EP. Our showrunner, Doneen Arquines, is Filipino and concerned about diversity. We have grown up in Hollywood together. We are women of color working in a very white, male-dominated industry — both television and professional food. And so as we have gained more say-so or power to get more diverse people on, we have done it whenever we can. It’s also not just the contestants. It’s important to have an equal number of female guest judges of different perspectives. That’s why I love the Jonathan Gold challenge this year [in which the chefs cooked dishes inspired by the late restaurant critic’s favorite L.A. spots]. I thought we did a beautiful job with it, honoring this great Los Angeles writer and all these mom-and-pop restaurants he gave exposure. Jonathan, in many cases, really saved their businesses by writing about them. 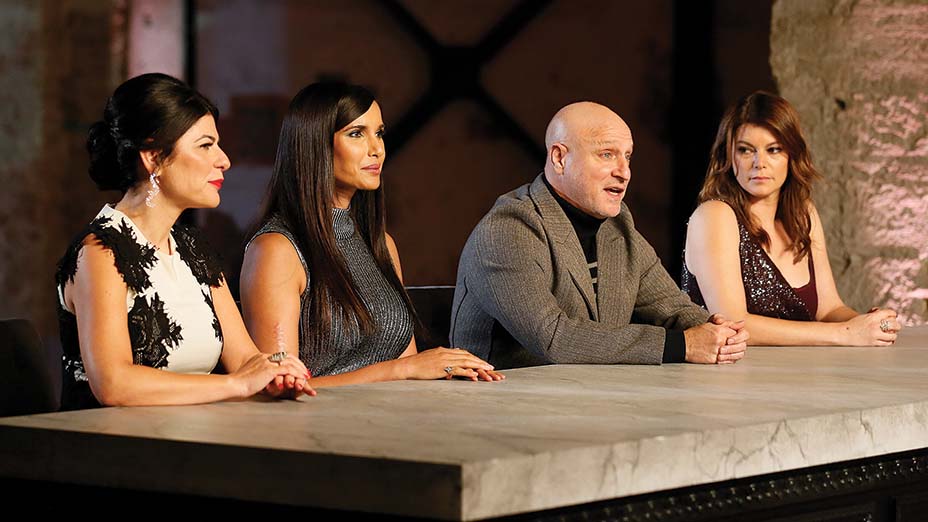 After 16 seasons on the show, there are a lot of alums. Do ever find yourself in the awkward position of not remembering someone?

Yes! And I hate that. Usually, I can recognize their face even if I can’t remember their name off the top of my head. But there is always a relative or a friend of a contestant that invariably got knocked out in the first Quick Fire challenge who comes up to me in a movie theater as I’m finding my seat, going, “Oh, my grandson, blah blah, was on Top Chef.” I’m a deer in headlights.

The show, by nature, exists outside of sets. How are you talking about making the next season?

We’re grappling with all that now. We have to look at every facet of making this show, in every department, and see where we can trim people. That is never a pleasant task. And I have a big entourage on Top Chef. (Laughs.) We’re like over 120 people deep, sometimes 150, depending on the challenge. We have to be really creative about finding ways [to tweak production] that don’t feel like they are concessions for corona. I think we are all just anxious to get back to work, to keep the momentum of the show going. We want to put on the show we know how to put on, but we will be taking extraordinary measures; I don’t think we can survive otherwise. I’m sure we’ll have to reconfigure. Our kitchens are already really big, but I’m worried most about the Quick Fires [cook-offs at the top of each episode involving multiple one-on-one tastings], to be honest. I can guarantee you that I won’t be sharing any plates with anybody else.

You finished filming Taste the Nation last year, but it felt particularly relevant this summer.

We couldn’t have known about the uprising when I did the Gullah Geechee episode. That episode, the Native American episode and the El Paso episode were really important to get right. For the Gullah Geechee, it was very important for me to show African American food. There are many different forms of African American food, but I wanted to show one specific African American food in this country separate from its connection to white colonialist slavery. I wanted to show that West African enslaved people came to this country with hundreds and hundreds of years of tradition, food knowledge, skill and talent. They were sought after from those West African countries because of their rife cultivation and agricultural knowledge. It’s no accident that the Carolina rice industry really floundered after emancipation.

I think it’s important that you have a good handle on heritage. And a lot of the ways we pass down our heritage to our children is through food. So I wanted to place African American food identity squarely where it belonged. Obviously I’m not African American, and I was terrified of getting it wrong. And so I studied so hard. I felt like I was studying for finals for that episode. I wanted to do justice to that subject, because I just hadn’t seen it covered before on any kind of food television in a meaningful way. 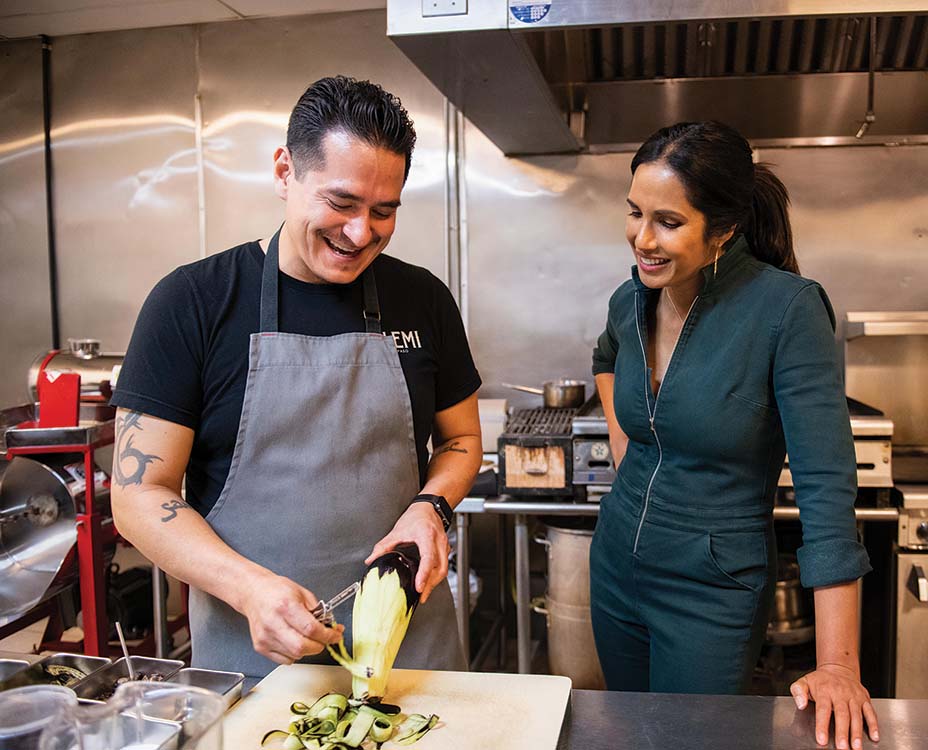 You’ve said several networks passed on the series before Hulu picked it up. What was the most frustrating part of the pitch process? Trying to convince people that there’s an America out there that isn’t white — and that people would respond to it and that this show hadn’t been done before. These are really rich parts of our food history and culture that we don’t know about, and we should know about them. We all eat a lot of Thai food, but do we know about what Thai immigrants’ lives are like in this country? No.

Normally shows like this are such a boon to the restaurants showcased, but these are weird times. What have you heard from the businesses that participated?

I have kept in touch with a lot of them. Some haven’t reopened. Some are surviving on takeout. Elini, which is where I made the tortillas and tacos in the El Paso episode, is doing limited takeout — so I was able to tweet out their address and their phone number and say, “Hey, this is where I had that taco that was bangin’. Please support them.” They are all muddling through. I don’t think they’ll all survive, sadly.

Your social media presence is more social justice and media watchdog these days than food. Do you think about doing TV work outside the culinary space?

I have become galvanized. Obviously, I’m an immigrant, and most of my friends are gay or bi or something (laughs), and so I feel a great kinship with people who are not the establishment. But I didn’t really become this active until I felt I had no choice, for my daughter. What world was she going to inherit? If I had pitched a show like Face the Nation and said I want to do my generation’s version of a political show, nobody would have let me do that. I mean, Taste the Nation is a political show, just under the guise of food porn. I would love to do a show where I didn’t have to eat, but I love eating — so I’m going to count my blessings. I’m going to be 50 on Sept. 1. I’m at an age when most of Hollywood forgets about women. So in the next decade of my life, yes, I would like to branch out. We’ll see what that means.