When Late Night With Seth Meyers returned June 1 after a weeklong hiatus, it was the NBC show’s first opportunity to speak to the social justice movement and protests following the killing of George Floyd. To do so, Amber Ruffin, who’s been a writer on the program since 2014, opened the show by sharing stories about her own experience with the police.

“I certainly have had about a billion issues with the cops,” says Ruffin, who is the first Black woman to write for a late night network talk show. Her segment would air for several nights in a row as she recounted being pulled over by a cop as a teenager and having a gun pulled on her for simply skipping down an alley.

James Corden Delivers Emotional Speech After Texas School Shooting: "I Don't Know What Has to Happen to Change Things Here"

“It could be powerful because I’m the goofus that our viewers know,” Ruffin tells The Hollywood Reporter. “I was never like a bad boy ­— I was always a stone-cold nerd. I just wanted to present that as the baseline, like, you can be this zero amount of threatening.”

She says her decision to share those experiences wasn’t prompted by anyone involved with Late Night but was a choice she made after seeing things “steadily getting more and more serious and terrible” — and writing jokes and bits just wasn’t working.

Each of the late night shows looked to find a way to address the cultural movement and global protests against the use of excessive force by police officers that swept the country after Floyd’s death May 25. For shows that are often known for leveraging humor while covering national and world news, how should they approach such a serious and sensitive moment? 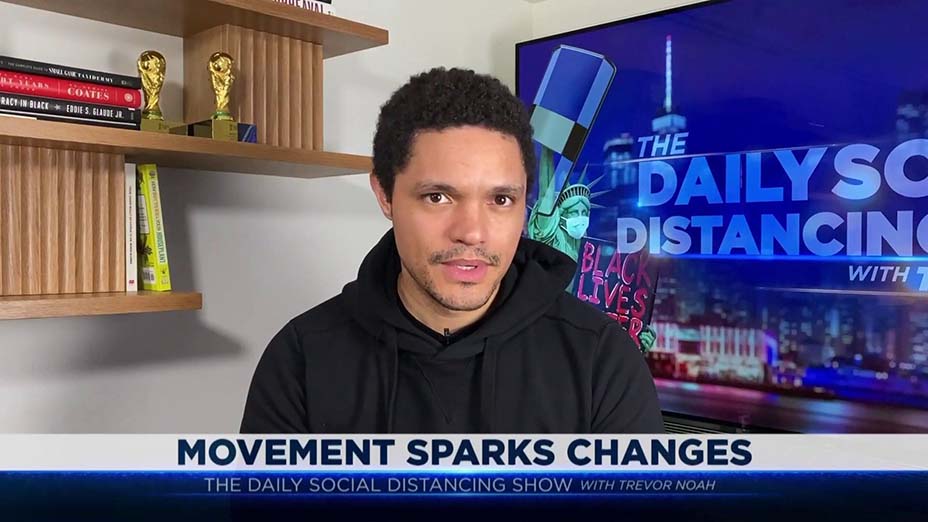 The Daily Show‘s Trevor Noah used his May 29 episode to reflect on the now infamous Central Park encounter between dog walker Amy Cooper, a white woman who called the police on Christian Cooper because the Black bird watcher asked her to follow the rules and leash her dog, the shooting death of jogger Ahmaud Arbery in Georgia by white men, the killing of Floyd by Minneapolis police — and the elements that connect them. “Black American people watch time and time again how the contract they have signed with society is not being honored by the society,” he said. “There is no contract if the law and people in power don’t uphold their end of it.”

The host also held a roundtable discussion on June 9 about the meaning of defunding the police that included Black Lives Matter co-founder Patrisse Cullors and Campaign Zero founder Samuel Sinyangwe. The next night, he pushed Joe Biden, the presumptive Democratic presidential nominee, for his thoughts on defunding the police.

While late night hosts across the board are finding ways to cover the current movement, Ruffin notes that it’s especially key to have Black voices speaking up: “This is really where … you have to listen to the people who it is happening to,” she says. 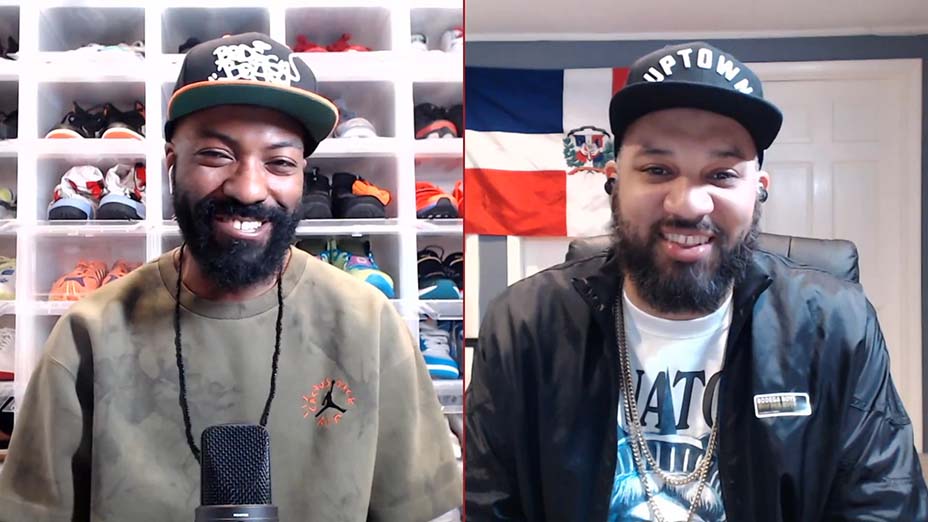 Showtime’s Desus & Mero went on hiatus in June, so hosts Desus Nice and The Kid Mero have not yet weighed in about the movement on their show. They do say it’s a “huge responsibility” for them to inform their audience when it returns July 5 (in its new Sunday night slot, pitting it directly against HBO’s Last Week Tonight). “The difficult job for us, which no other show has to handle, is we’ve always talked about our interactions with the cops,” Desus tells THR. “What we have to keep in mind is that on one level, we have people coming there for information to find out what’s going on in the world. But on another level, it’s people like myself, who’ve been a victim of police brutality.”

Adds Mero, “We’re two Black men hosting a late night show, where aside from Trevor [Noah], we’re the only ones. It’s our duty to use our platform to be a megaphone for the movement. But also, for the people that are in the movement, to provide that escape for them. Like, ‘Listen, we’re here with you. We’re going to make you laugh, going to give you a little break.’ “

Hasan Minhaj also spoke directly to his own community, focusing on anti-Black racism in communities of color, demanding more action be taken than simply sharing a black square on Instagram. “We think we’re not a part of the story, but we’re at the scene of the crime!” Minhaj said in a June 6 Patriot Act episode, referring to a Hmong American officer who blocked off witnesses at the scene of Floyd’s death and an Arab American who owned the store that called the police on Floyd.

Minhaj says the episode turned out to be especially impactful for the Asian and Middle Eastern communities, noting that viewers asked for subtitles so they could share clips with elders who might not speak English. “That was the biggest sign that this thing was resonating because people felt, ‘Hey, I want to forward this to my uncle, my aunt, my grandparents, my parents on WhatsApp,’ ” he tells THR. “That means, on a very basic level, those necessary conversations were starting.”

As the climate has shifted with the intensity of the movement, most late night hosts (still shooting their shows from their homes during the COVID-19 pandemic) have shifted as well, from comical Zoom interviews and quirky bits to spotlighting racial issues and advocates for social justice. 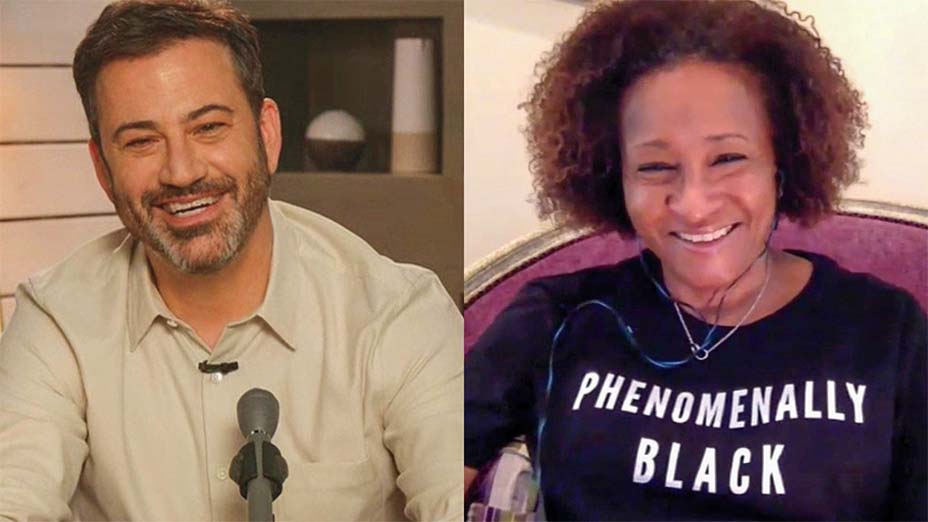 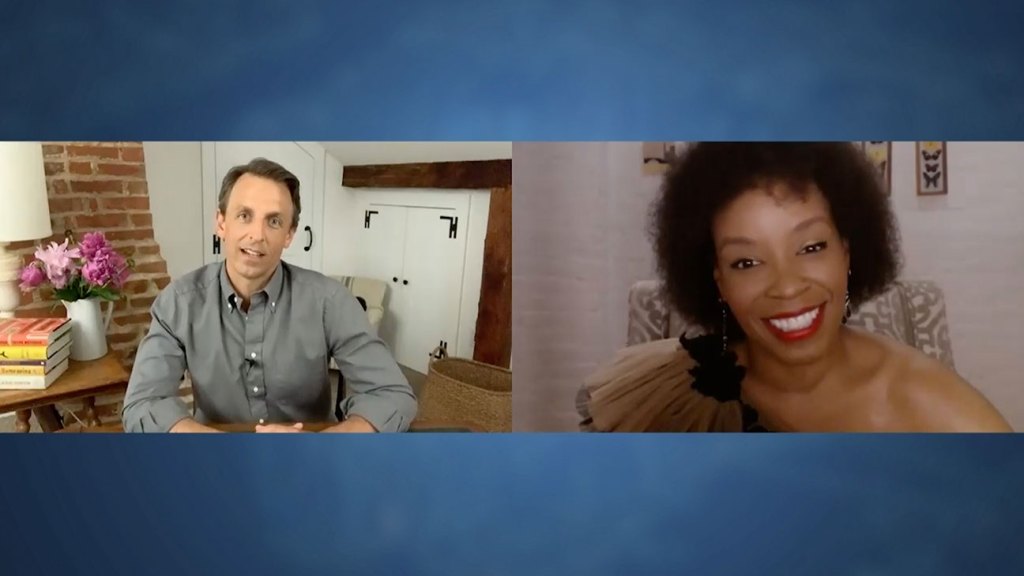 On his June 5 show, Jimmy Kimmel spoke with Wanda Sykes about the importance of white people participating in the Black Lives Matter movement. Last Week Tonight‘s June 7 episode featured host John Oliver breaking down the meaning of “defund the police,” which went viral. And Jimmy Fallon used The Tonight Show on May 26 for some self-reflection, apologizing for appearing in blackface in a 2000 Saturday Night Live skit while impersonating Chris Rock. He spoke more about it on the June 1 show, which featured NAACP president Derrick Johnson and CNN host Don Lemon as guests. “I realized that the silence is the biggest crime that white guys like me and the rest of us are doing, staying silent,” he said. “We need to say something. We need to keep saying something.”

Samantha Bee admits that covering the whirlwind of the 2020 news cycle has been an intense challenge for her and the Full Frontal writers. “There is so much to be talking about right now, and it’s all so urgent. Wrestling that into 21 minutes in a way that feels exactly right has been a huge challenge,” she says. The host, who used her June 10 show to recap America’s long history of police brutality, questions whether now is a good time to do comedy. “And then I think no, it’s a terrible time to make comedy. And then we try anyway. It’s what we do.”

Indeed, throughout recent history, when the nation has faced any crisis, grappled with any uncertainty or grief, the humorous voices of late night have faced a balancing act of gifting laughter while offering necessary conversations and understanding. Among them: Harry Belafonte guest-hosting The Tonight Show in 1968 and interviewing Martin Luther King Jr. two months before the civil-rights icon was assassinated; Arsenio Hall interviewing Los Angeles Mayor Tom Bradley after the 1992 riots; Jon Stewart speaking to New Yorkers and the rest of the nation on The Daily Show‘s first episode following the Sept. 11 terrorist attacks. Each touchpoint serves as a time capsule, capturing the uncertainty of the moment as well as the glimpses of hope given by laughter and empathy.

As Ruffin describes it, this is “exactly the time” late night hosts and writers were made for. There’s an eagerness “to figure out where the serious intersects with comedy and how you can approach it in a way that doesn’t make light of this horrible space we’re all in. That is the mystery that people who write late night love to solve.”