The 2016 Los Angeles Auto Show, which began last Friday and runs through Sunday, seems to be custom-curated for the luxury- and green-driven market, with its mix of super opulent vehicles, like the new Mercedes-Maybach convertible, all the way to the luxury-green doppelgänger in Jaguar’s I-PACE Concept, the EV-powered SUV.

Los Angeles, over the last few years, has become the epicenter for where the automotive brands launch their new and ever more so insanely breathtaking vehicles, as really, L.A. is the market where buyers spend — and upgrade their cars — at a rapid clip.

Porsche showed off a few new models, including a range of longer wheelbase Panamera Executive models, which affords more backseat legroom, as well as their $60 million, 53-acre Porsche Experience Center in Carson, Calif., complete with a racetrack where visitors for a fee can drive almost every make and model — from a 718 Spyder to a 911 GT3 — on the track with a professional driver coaching along the way.

If you are in the know, expect a slew of invites to corporate off-sites and personal events at the facility in 2017. The PEC L.A. is like Disneyland for Porsche fanatics and features a driver development track with eight educational modules totaling 4.1 miles, an ever-changing racecar exhibit and a fine-dining restaurant. 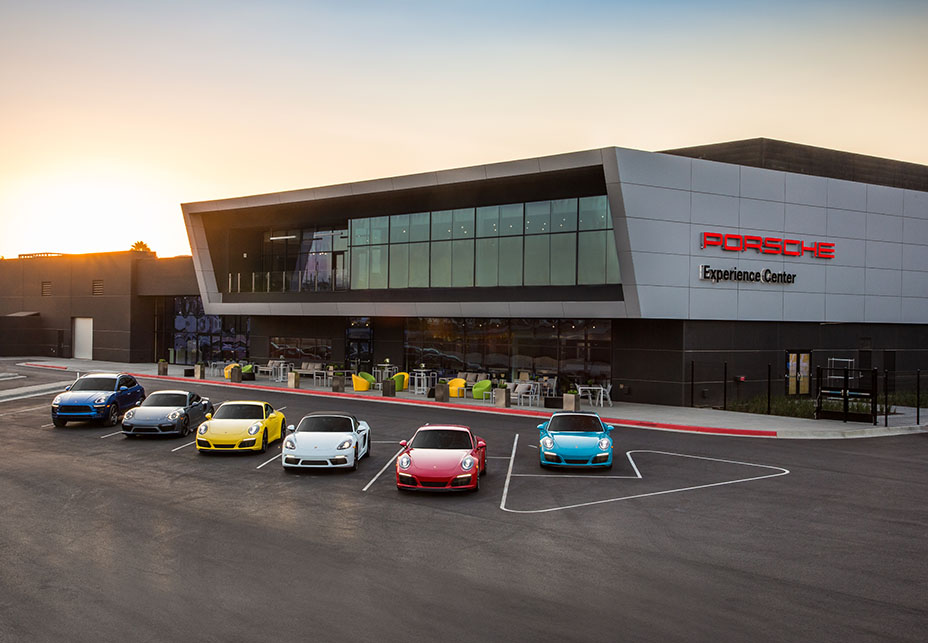 Patrick Dempsey, whose deep love of auto racing is akin to Paul Newman’s at his prime, was on hand for the opening of the Experience Center and showed off the brand’s new 911 RSR racecar at the auto show media days. Remarking on the PEC, Dempsey gushed about the level of technical level of the facility: “I was amazed at how much elevation change and how technical the track was. You get a real good opportunity to see what the cars are like at speed and get a sense of the handling of them.”

When asked how type-A Hollywood sorts, who typically take their $250,000 911 Turbo S no faster than freeway speeds, will take to the track and listening to instruction, Dempsey responded, “When people get an opportunity to interact with the car and really get to use it in an environment that’s safe, I think they’ll be closer to the brand. It’s a nurturing environment, the instructors — they want to see you succeed.”

Jaguar unveiled their Tesla Model X fighter, their beautiful all-electric I-PACE Concept car, at an event at Milk Studios attended by James Corden, Michelle Rodriguez, Miranda Kerr, Gavin Rossdale, Bryce Harper and David Gandy. While the I-PACE won’t go on sale until 2018 — and will look quite a bit different from the concept car when it hits the road — this Jag is a huge leap forward for the brand and looks to set the bar in the soon to be crowded luxury EV market. 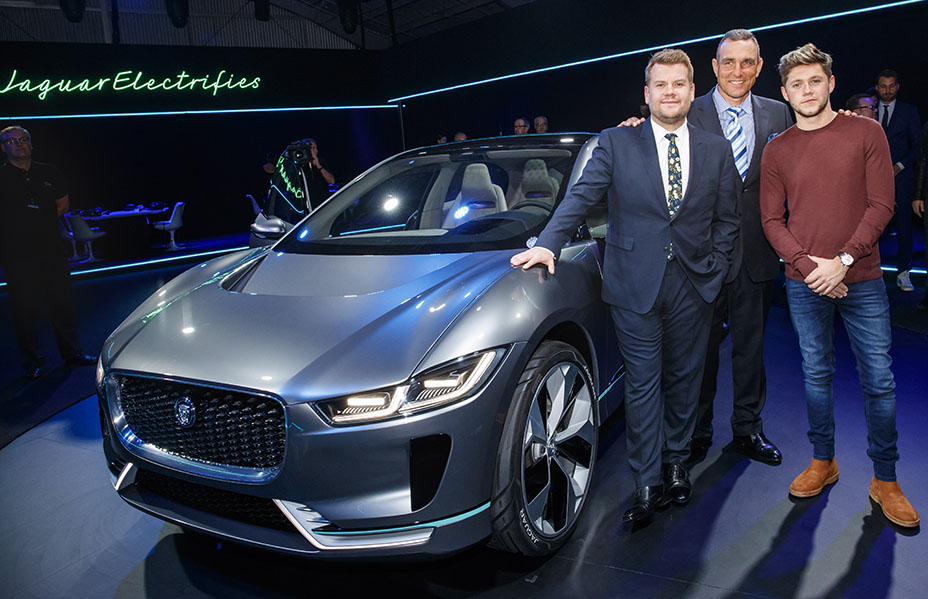 Hyundai — of all brands — is heading both upmarket and green. The company is launching the Genesis models as its own luxury sub-brand to compete against the likes of Lexus and their new eco-friendly IONIQ, a Prius-fighter that comes in three shades of green: electric, hybrid and plug-in electric hybrid. Like the Prius, the IONIQ’s design is intentionally polarizing — better to stand out from the crowd. If Hyundai can make the leap in brand awareness and increase its name recognition to the eco cognoscenti, its product will make the well-heeled green Hollywood crowd come a’-clamorin‘.

Mercedes showed three models — the 2017 Mercedes-Maybach S650 Cabriolet, the 2017 E63 AMG Sedan and the Smart Fortwo EV — each appealing to a very specific slice of the industry pie, which, on a whole, you could imagine a certain ilk owning all three. The $320,000 Maybach S650 Cabriolet comes in a limited edition of 300, with only 75 allocated to the states, and represents the ne plus ultra in the Mercedes Cabriolet lineup. Of course, at this price, the Maybach comes with a set of luggage custom-made to match the car’s interior.

During the unveil of the Maybach, at a manse on Summit Drive, Ron “Mr. Maybach” Robertson of Beverly Hills Mercedes-Benz said, “I was getting calls on my cell on the way here — I have a customer who wants two right now.” The E63 AMG sedan appeals to the Hollywood set — one could see the Soho House valet clogged with them, especially with a matte paint scheme. The Smart Fortwo EV, which can fit basically anywhere, may replace the golf carts you see schlepping around Point Dume and is basically the same price. While it only seats two, its 80 mile or so range is good enough, in a quirky package, to make it something special to show up in at a meeting. 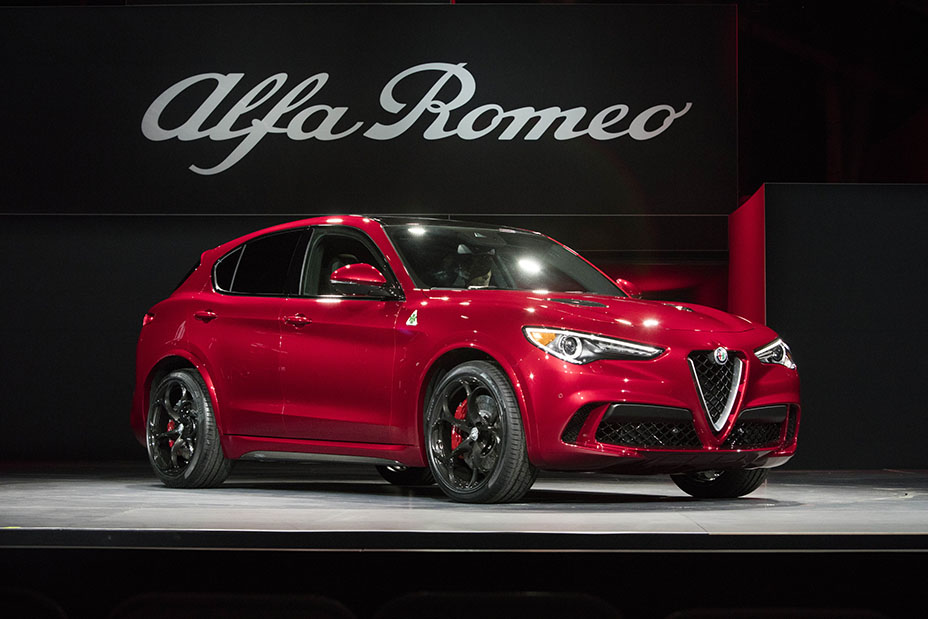 As for the cars for the rest of the town (those needing something luxe with a great lease deal), Alfa Romeo showed their Stelvio SUV and Audi had three debuts: the all new Q5 and a set of S5 models, a coupe and the expected-to-be much-in-demand S5 Sportback, a four-door hatchback. But the car that had those in attendance most excited is the one likely to be seen in the queue at Crossroads, Marlborough, Wonderland and Buckley come 2017 — the surprisingly luxurious, Chrysler Pacifica Hybrid Minivan. With its plug-in electric powertrain (good for 30-plus miles on pure electric power on a full charge), a Minivan, with its all-American connotations, maybe just the right car for today’s political environment.