Like the parable of the blind men and the elephant, HBO’s remarkable and polarizing series Succession can be perceived differently depending on your perspective.

One viewer might know creator Jesse Armstrong’s work on The Thick of It and Peep Show and approach Succession as a comedy, pointing to the work from Matthew Macfadyen, Kieran Culkin and Nicholas Braun or to the show’s love of scathing and salacious insults and outsized misbehavior for confirmation.

Another, though, might clock the hourlong running time and turn to the Shakespearean depths of Brian Cox’s performance as a patriarch of a morally decaying media family for evidence that Succession is a drama, referencing the murky depths of the finale and Jeremy Strong’s soul-wrenching descent to claim that it couldn’t be anything else.

I place myself in the former camp, laughing and building gradual affection for this clan of degenerates. HBO, however, has decided that the summer’s slow-building word-of-mouth sensation is, for purposes of awards consideration, a drama.

While many frontrunners remain crystal clear when it comes to their status as comedy or drama — The Americans, for its occasionally amusing moments, is still just a drama and Black-ish, no matter how many challenging topics it tackles, is still a comedy — the genre lines have never been more blurred.

For years, completely arbitrary divisions have been re-enforced by episode length, that comedies could be safely completed in under a half-hour and dramas could be allowed to extend well past an hour to however long Netflix lets the producers of Ozark stretch chapters. This has been subverted by one of the most pleasing of recent trends, the rebirth of the half-hour drama.

Amazon’s Homecoming has bursts of humor, yet nobody would dare call the Sam Esmail-directed pastiche of ’70s conspiracy thrillers a comedy even if no episode exceeds 40 minutes. This will put Julia Roberts, expertly grounded and believably strained as a psychiatric caseworker beginning to doubt her own memories, into a string of high-wattage awards season showdowns with the likes of Elisabeth Moss, Keri Russell and Robin Wright. In a just world, that lead actress drama category would also include erstwhile Avenger Elizabeth Olsen for Sorry for Your Loss, a series that should force awards groups to figure out what “Facebook Watch” is. Once they get there (or somebody sends them screeners), they’ll discover that Sorry for Your Loss is a smartly told story about grief in which the smartest part is the sheer amount of humor it generates to mitigate all of the misery. Olsen’s ability to cry-laugh embodies the overall tone of a series that could be pigeon-holed into comedy fields, but shouldn’t be, not that a similar ambiguity stopped Frankie Shaw from earning a comedy actress nomination last year for the largely dramatic SMILF. 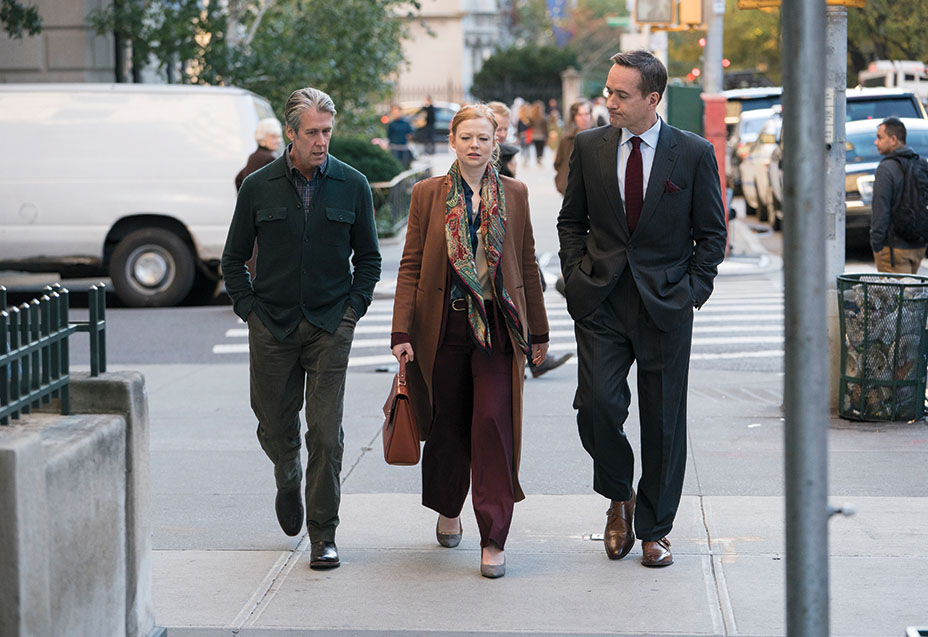 Critic's Notebook: How 'Succession' Quickly Became One of TV's Best Comedies (or Dramas)

The half-hour drama format, formerly home mostly to true outliers like HBO’s In Treatment, also includes Starz’s Vida, a warm-hearted ensemble that deserves at least a place in the awards discussion, as well as Bittersweet, a half-baked restaurant soap that doesn’t. And that’s before you start looking at the mournful absurdity of the more clearly comedic Kidding, exactly the sort of star-studded Showtime vehicle Globes voters usually love, except for how intensely and intentionally creepy Jim Carrey is. There’s a theory, probably not unreasonable, that part of why FX’s masterful, boundary-breaking Atlanta was a big Emmy loser in September is that the series isn’t necessarily as conventionally “funny” as voters want their comedies to be, so instead they went with The Marvelous Mrs. Maisel, which, as an hourlong comedy, is something of a genre-bending trailblazer itself.

There’s an argument to be made that FX’s Pose, with its splashy bursts of humor and propulsive ’80s soundtrack, perhaps could have been shoehorned into the musical/comedy side of the ledger. Ditto with BBC America’s stylish and utterly hilarious Killing Eve, in which Sandra Oh and especially Jodie Comer play a game of deadly cat-and-mouse that’s tonally quite similar to HBO’s Barry — but since one is an hour and the other a half-hour, it’s no surprise how they’ve been categorized. Honestly, once awards groups have decided that Shameless is an hourlong comedy, the same might as well be true of AMC’s delightfully laconic Lodge 49 and CBS All Access’ The Good Fight, at its best as a wacky Trump era satire.

The challenges of classification in Peak TV extends to the movie/miniseries categories as well. Regina King has already won an Emmy for Seven Seconds, a bleak look at the erosion of American justice that basically became a miniseries for awards purposes after Netflix didn’t renew it. A slew of intended dramas which, as of this writing, also haven’t been renewed could capitalize on similar loopholes should they so desire, including Hulu’s soul-searching Sean Penn drama The First and FX’s Donald Sutherland-fronted Trust. Any prospective miniseries contender would have to face off against HBO’s Amy Adams vehicle Sharp Objects, a Gillian Flynn adaptation that was announced as a limited series and built to a decisive conclusion, two traits that were also true of HBO’s miniseries awards juggernaut Big Little Lies, which will have to shift to the drama pack when its second season premieres next year.

Meanwhile, awards groups have yet to figure out how to handle ongoing anthology dramas like Black Mirror, in which individual episodes get to be treated as “TV movies” (even though they’re not), or to decide if limited anthologies like The Romanoffs should be treated differently. And if stand-alone episodes of an anthology get to pretend to be made-for-TV movies, where does that leave a Netflix-premiering original like To All the Boys I’ve Loved Before?

You laugh, but if one blind man can feel Succession is a comedy and another respond to it as a drama, is it so implausible that a Hollywood Foreign Press voter would see rom-com phenom Noah Centineo as a Golden Globe nominee?