[This story contains spoilers from the season finale of Hulu’s PEN15.]

Hulu’s PEN15, starring co-creators Maya Erskine and Anna Konkle, tackles the most embarrassing, cringeworthy and traumatic moments of middle school — but the duo told The Hollywood Reporter that there are actually plenty of moments from their own lives that were still too raw, even at 31, to revisit in the comedy’s first season.

“When writing it we were open books to each other, so we were going through all of our traumatic experiences,” Erskine says. The trauma lends itself to dynamic, funny stories, but “when we started filming some of them that’s when the trauma became really real.”

Erskine and Konkle play versions of themselves (alongside real-life teenagers) as they enter seventh grade in the year 2000, ‘N Sync soundtrack included. The most difficult moment of the season for Erskine came in the sixth episode, which sees the duo examine racism while filming a school project as the Spice Girls. Maya, the only non-white girl in the group, is forced to be Scary Spice, which devolves into the other girls calling her a “servant” because she’s “like, tan.”

“When we were filming that at first everyone from the crew was watching because they were seeing for the first time a real 13-year-old with us, in Spice Girl outfits,” Erskine said. “It seemed really fun. And then it started to turn dark and I broke down, and Anna broke down, and everyone started breaking down because this was a really heavy traumatic thing to relive. For some of the crewmembers it brought up their own experiences that they went through in middle school. There was this heaviness that came and it shifted and shaped how the scene was directed and how the scene ended up in the show. That’s something that was really exciting to see — how what was meant to be slightly more comedic ended up traumatic at the end, and dramatic. That was a tough one for me to go through while filming it.”

For Konkle, it was reliving her parents’ divorce through her character’s parents’ split in the season finale.

“That scene [of her parents telling her they were divorcing], as the best that I could do, it was straight out of how I remembered it,” she said. “There’s that masochistic element to it because we’re writing this for ourselves. If there is a second season, there’s a lot of stuff we talked about [including].” 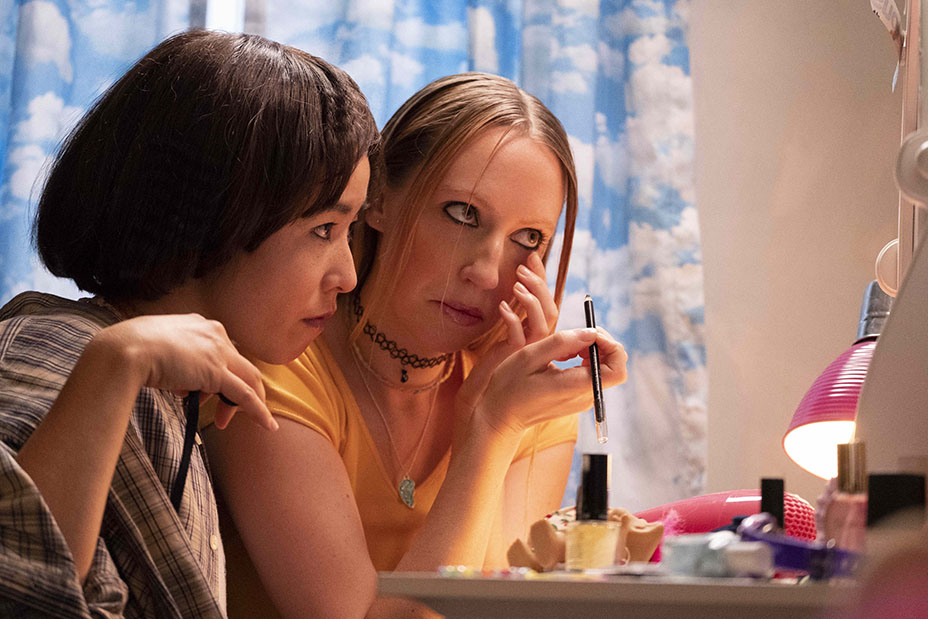 “For example, even Maya’s period, we were [able to save the majority of that storyline] for the second season,” Erskine said. “For now it’s revealed, but not to Anna. We were trying to shape and have them be more innocent — at least for the first season. We’re going to explore more mature, darker content in the second season. The girls will possibly experiment more.”

While Erskine, Konkle and their co-creator, Sam Zvibleman, have already planned storylines for multiple seasons — which will include their characters staying in seventh grade permanently — they haven’t yet heard whether Hulu will pick the series up for another.

“Before we even pitched the show, we had set up arcs for the characters because as of now the goal is that they stay in seventh grade forever,” Erskine said.” In that case you’re like, ‘Oh well then how do the characters grow?’ So we tried to establish that early on, in the first season, they’re a bit more innocent and playing with more childhood versus teenagers. Then in the second season maybe they experiment more with drugs or we go through things that happened to us later on in middle school and then high school and just place that in the frame of seventh grade.”

Added Konkle, “Typically it’s really fun thinking of what’s happening to our bodies. … I think Maya speaks of that with the period thing — that was exciting too, showing blood and going there. This is what we all look at and deal with, and it can be funny and gross and real and beautiful and all of those things. …To go further in that is exciting, and you’re seeing a little bit of my parents in the first season. That’s a part of the autobiographical story of them that I think we’d want to go more into even for the second. What happens post-divorce. Same with your family, Maya.”

Until they hear from Hulu, Erskine and Konkle are happy to continue their creative partnership. They’ve been friends since meeting at NYU in the 2000s, and Konkle said there is something very different that happens when she writes with Erskine than when she writes with anyone else. So while they’ll continue to take each other’s temperature periodically as they continue to collaborate, they’re both invested in the work they’re doing together.

“No matter what else happens in our career, and I think we’re both open to whatever comes, but the writing together and hopefully the performing will [continue]. Directing is on the docket.” 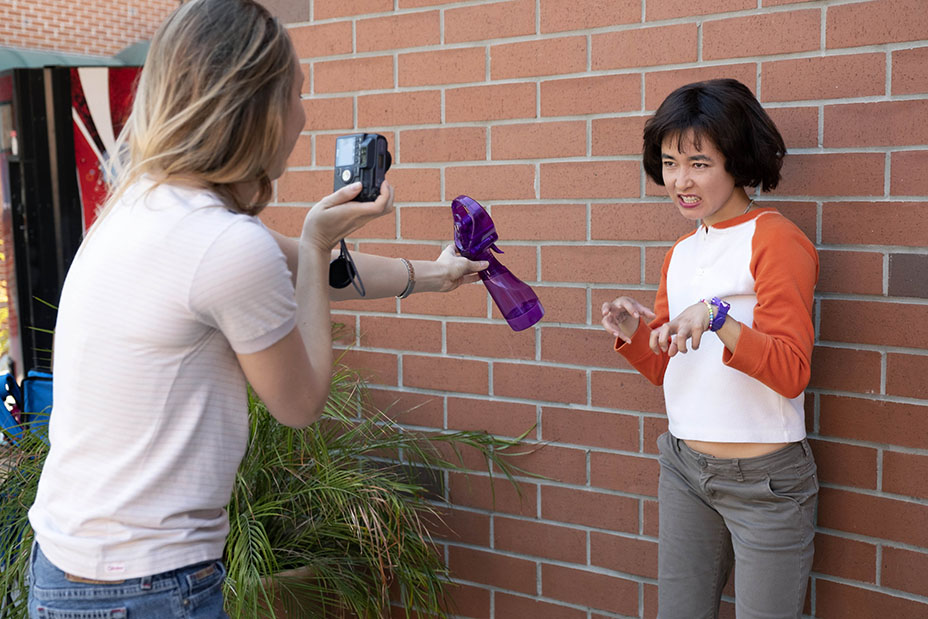 Added Erskine, “Obviously we have goals for ourselves as actors, directors, writers, everything separately, but together I hope I can just direct Anna, or she just directs me, or she produces something I write. We’re just constantly —”

Continued Erskine, “And Anna’s my muse. I don’t ever want to lose that, so I think the goal would be, hopefully we could work together ’til we die and also do other things.”

The pair gushed about each other’s upcoming projects — “Maya just did a Seth Rogen movie that I’m so excited for,” said Konkle. “And Anna’s writing a book,” said Erskine — and they’ll continue to root each other on no matter what. But “There’s a lot of things happening separately and then together. That would be ideal,” said Erskine.

Think Abbi Jacobson and Ilana Glazer from Broad City, who continued to collaborate on their series but have also embarked on successful separate careers.

“It’s just amazing that they’ve been able to continue the show and it’s such a good show and yet they also do so many other things. It’s nonstop. They’re very inspiring,” said Erskine.

Added Konkle, “And changed the landscape for us.”

PEN15‘s first season is available to stream on Hulu.