The horrors of middle school might not be top-of-mind for many adults, but even the two-minute trailer for Hulu’s coming-of-age comedy PEN15 serves as an extremely cringeworthy reminder of the most awkward time in most people’s lives.

It was so visceral for one TV executive that, when creators Maya Erskine and Anna Konkle were pitching him their show, he felt sick.

“I was showing a picture of me and my dad during this pitch. There was a picture of me with pigtails squeezing my dad as if I was this innocent kid, and I was showing this picture to the executives, and I was like, ‘Right before this I masturbated and we’re gonna go there, we’re gonna talk about it.’ He was like, ‘Please put that picture down,'” Erskine tells The Hollywood Reporter.

Added Konkle, “He was like, ‘Can you put the picture down?’ And then about five minutes later he was like, ‘I feel nauseous.’ In the elevator afterward we were like, ‘They’re not buying it.’ We were right.”

Essentially, it’s the R-rated side of middle school, Erskine said. “At the time I’d only seen shows like Degrassi, which is great, but it is the cleaner version of middle school, and I had never seen anything on TV that represented [a more realistic middle school experience].”

The genesis of PEN15 came after Konkle and Erskine made a web series six years ago that got them into a room with The Lonely Island, where they pitched a show about middle school. The Lonely Island helped them produce a 15-minute pilot presentation that, three years later, got them into rooms at Showtime, HBO, and Hulu. (It’s that same pilot presentation that won Hulu executives over and earned the duo a straight-to-series order, sources say.)

“It started being shared, we learned later, by the assistants of this industry who were telling their bosses about it. It really took on a little life of its own, even though it took a long time, especially as first-time creators,” Konkle told The Hollywood Reporter.

But when they went in to pitch Hulu, “We lucked out because the executives had watched the presentation right before we came in,” Erskine said. “And they were around our age, so there was this immediate enthusiasm for the time period and the show and so we lucked out.” 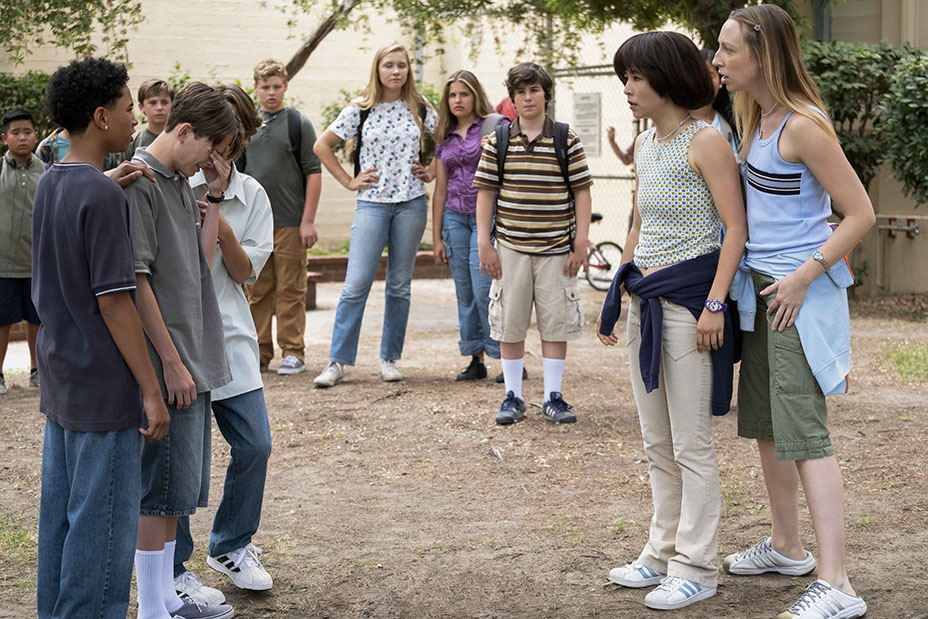 Konkle and Erskine knew that if they were playing the lead characters, it would be difficult to act alongside real-life teenagers — especially in sexual situations. But they, their co-creator Sam Zvibleman, and director Dan Longino, eventually settled on a technique that uses long shots of the young actors intercut with close-ups of very obviously adult body doubles.

“We ruminated on so many different ways to tell the story. Do we do it with all adults, everyone playing kids? Will that feel less authentic? That feels like more of a sketch. But that would make the R-rated telling of the story easier,” Konkle said. “But we kept coming back to the humor would be lifted away from it, and the authenticity that is brought, and even just the very basic, simple feeling of it’s funny to us to be made fun of by kids. It kept coming back to it’s so important to fill this world with the authentic teenagers that really are 13. How do we tell the real story that makes the show R-rated and the truth and do it safely, but still really well?”

PEN15 arrives (all episodes Feb. 8) as Hulu is making a concerted effort to focus on women. The streamer next has Aidy Bryant vehicle Shrill and later this year, the third season of The Handmaid’s Tale. That the streaming service is producing plenty of female-focused content has not gone unnoticed by Erskine and Konkle.

“To get to tell a coming of age story, and sexuality specifically, from a woman’s perspective has been amazing,” Konkle said. “We were so lucky for the women before us, and then all the women now that are doing that. It’s very humbling. It’s so surreal. And then on top of that, we’re both 31. The stories you hear as actors — we’re getting to do this now and in addition playing 13-year-olds — it’s all very bizarre.”

Added Erskine, “I think if this happened 10 years ago, this would not be made into a show. … And not to bring race into this, but as an Asian-American it felt like I never in a million years would have been able to play this role, unless we both wrote this together. There’s something really exciting to be able to show [my life]. Fresh Off the Boat has an Asian-American family, but I had never seen my specific story told of an immigrant mother and a white American dad and seeing that played out is really — I’m so grateful that we get to share that.”

“Writing the episode about masturbation for a middle schooler was a really scary endeavor” because the subject is so taboo, Erskine said, but “we’re lucking out with timing. Not just about female sexuality — it feels like there’s a trend right now with going back in time to [that era]. There’s shows about kids in the ’90s and this is in the year 2000, and Eighth Grade coming out and that being about being in middle school. I think it’s been a long time since Freaks and Geeks, and people really crave those stories because it’s something everyone can relate to. Now’s the time where we can really unveil the true moments that happen during that time.” 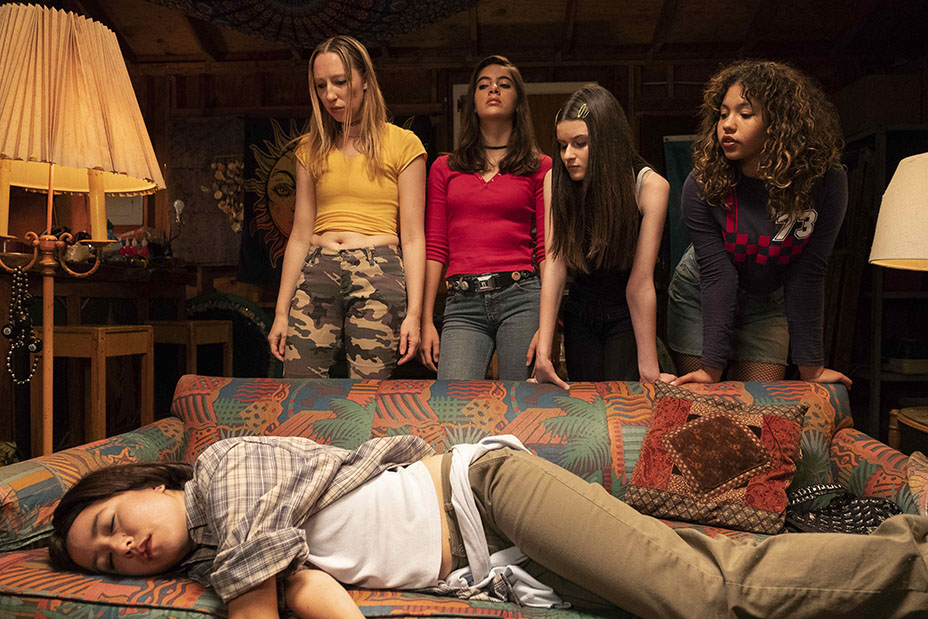 The series isn’t completely autobiographical, though the characters of Maya and Anna were obviously informed by the stars’ real-life experiences (and their on-screen BFF, Sam, is based on Zvibleman).

“We’re just telling true stories and that helps inform more character traits and how we acted throughout the filming of it,” Erskine said. “You start to take on different physicalities and different quirks that then create the character. You’re living that character for two months.”

Added Konkle, “But on some level it’s our real insecurities from the beginning of your life to now personified, your insecurities personified. They’re all coming out of true, full things that I think we really feel. … It’s weird how easy it was to go back to that feeling. That was sort of the thesis with this. Do you ever escape those feelings or do you just push them down deeper, learn how to cope better? … It was always really meaningful to me when, whether it was a book I was reading or a movie I saw, it felt like someone was expressing the same secret feelings that you really have and then you hope somebody says, ‘I feel that too.'”

During the six years between their web series and PEN15, both Konkle and Erskine played series regular roles on medical procedurals (Konkle on Fox’s Rosewood, IFC’s Maron, and Erskine on NBC’s Heartbeat, HBO’s Insecure, FX’s Man Seeking Woman). They know very well the struggles of women in Hollywood — and feel even more grateful that they’ve been able to create this showcase for themselves.

“It’s so nice to have a job — and we’ve been lucky enough to do that — but to get to play characters [where] you’re not worried about looking pretty,” said Konkle. “It was a massive relief to just be and to feel completely authentic about that. I got to show all my insecurities.”

Added Erskine, “And that’s why I think you and I are drawn to characters that are rejects — because that’s how we feel inside. You don’t have to pretend. You’re like, here it is, here’s my mustache, your sweat stains, it’s all out there.”