Continue to The Hollywood Reporter SKIP AD
You will be redirected back to your article in seconds
Skip to main content
April 15, 2021 8:30am

When Phoebe Robinson set up her own production company in 2019, she had a clear vision for its headquarters. “I saw Kylie Jenner’s office tour on YouTube, and I thought, ‘That‘s what I’ve got to do,’ ” says the 36-year-old comedian. “Restoration Hardware everywhere!”

But after fielding some sobering budgetary advice from one of her producer role models, Reese Witherspoon, Robinson chose a more subdued aesthetic for her South Brooklyn suite — not that she, nor her four-person team, have spent any time there since COVID-19 hit. That’s poised to change, however, as her Tiny Reparations shingle grows increasingly busy. After the April 9 debut of her Comedy Central talk show, Doing the Most, Robinson will roll out an HBO Max comedy special and, come fall, a book imprint arrives with the publication of her third collection of essays, Please Don’t Sit on My Bed in Your Outside Clothes. Lest that be all, she also has a Freeform pilot under her deal with ABC Signature.

During an early-April Zoom from the Park Slope apartment that she shares with her boyfriend, Robinson — who broke out with podcast turned HBO series 2 Dope Queens — discusses everything from the glaring whiteness of the publishing industry to her unlikely friendship with former first lady Michelle Obama.

You named your company Tiny Reparations. How quickly did that name come to you?

It’s something that’s been percolating in the back of my mind. Like, I’m not going to get the full reparations. I tell dick jokes. I am kind of a hot mess. I don’t deserve the cash, OK? But the tiny reparations that happen throughout life, I’ll take those. We’re going to be producing shows and eventually movies, pulling other people into the fold, because I want to keep the door open for everybody. I want it to be like that scene in Braveheart where everyone’s coming over the hill in their kilts. We’re going to crash Hollywood.

What do big reparations look like in the entertainment industry?

Pay parity is huge. Anyone who’s not a cis straight white male has taken jobs where they knew they were being underpaid. The writers room is where big change needs to happen. There tends to be a ceiling when it comes to writers of color becoming executive producers. We just need to stop acting like it’s taking some kind of chance. The phrase “taking a chance” is only ever assigned to projects with people of color. This isn’t charity; it’s doing your job and producing good work. 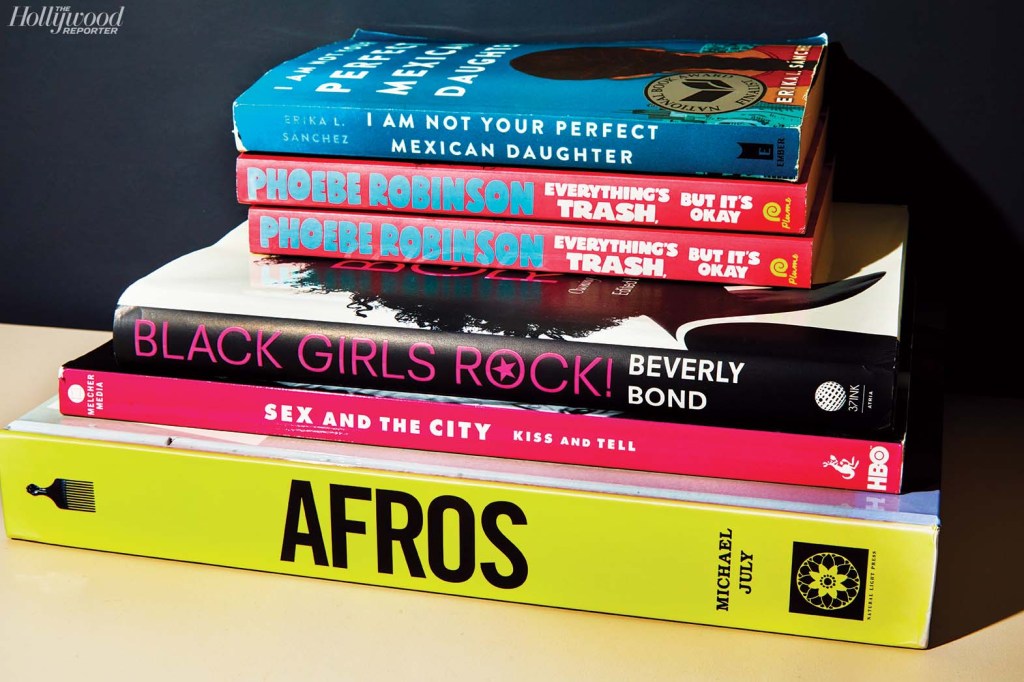 Your Comedy Central show is the company’s first project. It was supposed to premiere in 2020, no?

God, I feel like old Rose in Titanic. We [initially] started shooting in September 2019, but it’s really about the one-on-one time with guests, so we just couldn’t film a version of it [in 2020]. I’m not risking my life for a TV show.

Oh, publishing! There are a lot of Heathers, Caitlins and Emilys. And I love all of my Heathers, Caitlins and Emilys, but the lack of diversity is really glaring across all departments. A big hurdle is the editorial assistant salaries. I don’t know how you can live in New York on $35,000 a year, unless you come from money or have assistance. When I graduated in 2006, I was a receptionist at New Line Cinema. My salary was, like, $29,000. I could barely afford food. Not everyone wants to go through that, and, frankly, no one should have to.

Were you always interested in the business side of entertainment?

Often, if you’re considered talent, there’s an expectation to just perform or write and let other people figure out the rest. I don’t want to put myself in a position where I’m letting someone else handle the business part — and be like MC Hammer and lose all my money and not make the right deals? (Laughs.) When I wrote my first book, my advance was $50,000. You get so excited — like, “Oh, I’m getting an advance!” — but that’s $50,000 before tax, spread out over two years. I still needed multiple jobs to afford my life. That’s why I always say to get a lawyer as soon as you can afford one.

What’s a good piece of advice that someone shared with you?

I interviewed Reese Witherspoon for a podcast. Afterward, I said, “I’m about to launch this production company. Can I ask you some questions sometime?” So I called, and she offered up all this information. For instance, don’t waste money on having a super cute office when you don’t have any shows on the air. Development is always slower than you think it’s going to be, so make sure you aren’t mindlessly spending money. And, if you can, come under budget. People love folks who come under budget.

She also reminded me to not get emotionally invested to a point where I’m not able to look at things clearly and objectively. Not taking things personally is really a huge lesson — especially in this industry, where every rejection can feel like a rejection of your essence. It’s a hard thing to overcome, especially when you’re like, “Please laugh at my jokes!” But sometimes it ain’t you. You’re just not what they need, and that’s just what it is.

Who else are you modeling your career after?

What Issa Rae is doing — both creatively and by reinvesting in her community — is something I’m trying to do. I love Kumail Nanjiani and the path that he’s taken. We used to do basement stand-up shows together in New York. Now, he’s in Marvel movies and people are talking about his diet on Twitter. You know you’ve made it when people are counting your carbs. I’m really attracted to people who follow their instincts. My whole career is really built on my voice because I couldn’t get staffed on other people’s shows to save my life. 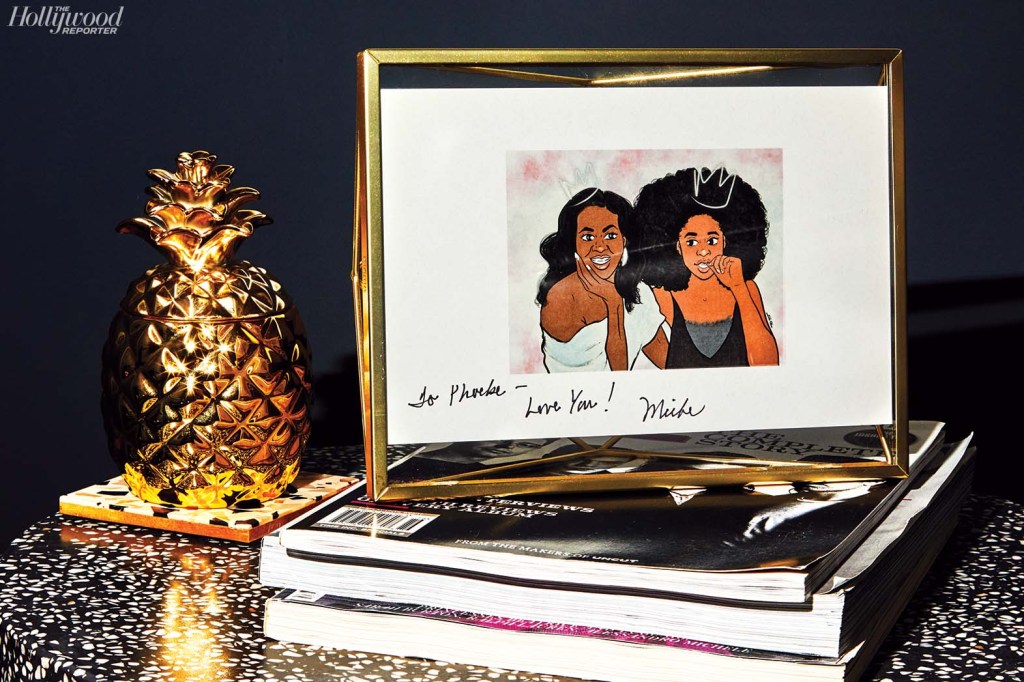 What changed for you?

I couldn’t get a writing job, except for Portlandia and Girl Code, and I couldn’t get cast in anything. When Jessica Williams and I started doing 2 Dope Queens in 2015, things just took off because I finally said, “I’m just going to write and act and sound like me.” The people who are more successful are the ones doing the things that they really want to do.

Podcasting has grown so much since you did 2 Dope Queens, but the margins are tight. Do you think it’s a lucrative career path? 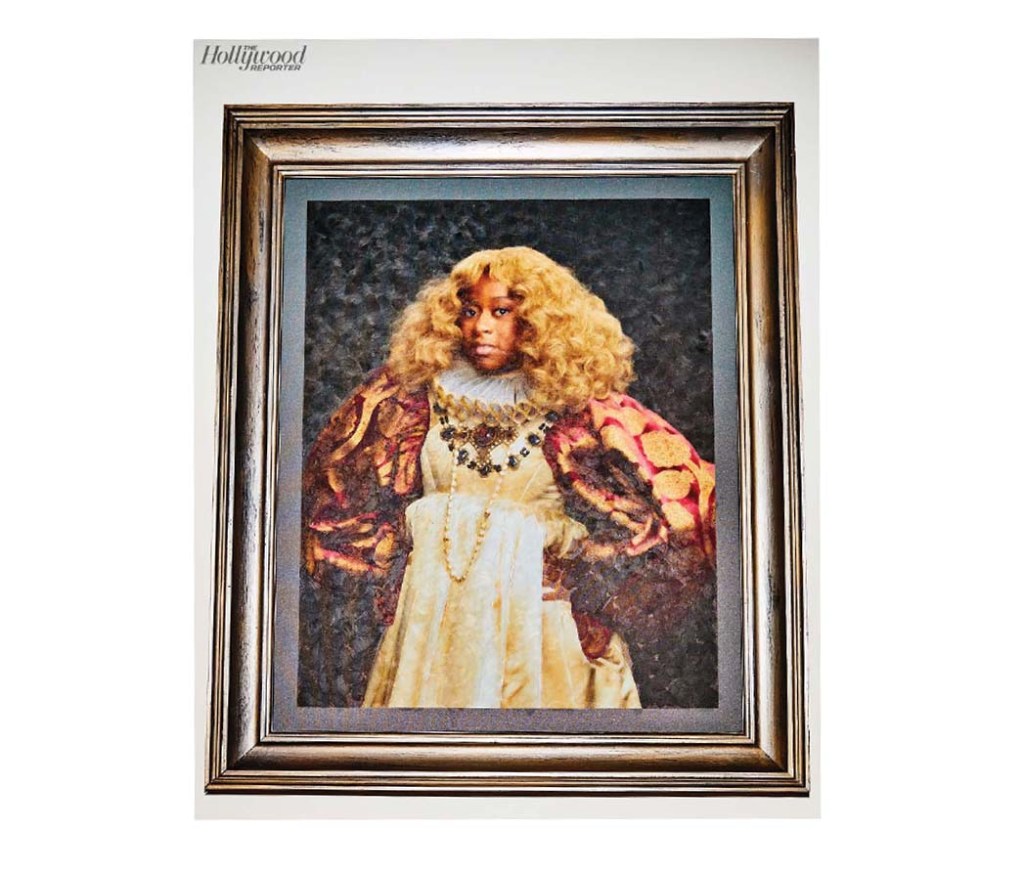 What’s your advice to someone trying to break into that space?

There’s no guarantee that it’s going to be anything more than weekly episodes you record for 50 fans. If you think it’s going to make you famous by parlaying it into something else, that’s not the move. You’re going to be really upset when those MailChimp ads don’t make you rich.

You’re recording your first comedy special for HBO Max this summer. Are you excited to perform in front of an audience again?

Everyone just wants to feel good, so I feel extra inspired to make people laugh. I actually think that’s going to be easier in a lot of ways. Before COVID, you’d have people in the audience who didn’t know who you were and just wanted background noise while they dipped their chicken tenders in ketchup. Now, the people who show up are going to be focused and paying attention.

You interviewed Michelle Obama during her Becoming tour. Do you carry yourself differently once you have a first lady’s cell number?

I feel incredibly grateful that someone like Michelle listened to 2 Dope Queens and liked my book. She has Everything’s Trash in her office! I would have never imagined when I was writing my book that Michelle Obama was going to read it. If I had, I wouldn’t have written all those jokes about my boyfriend’s penis. 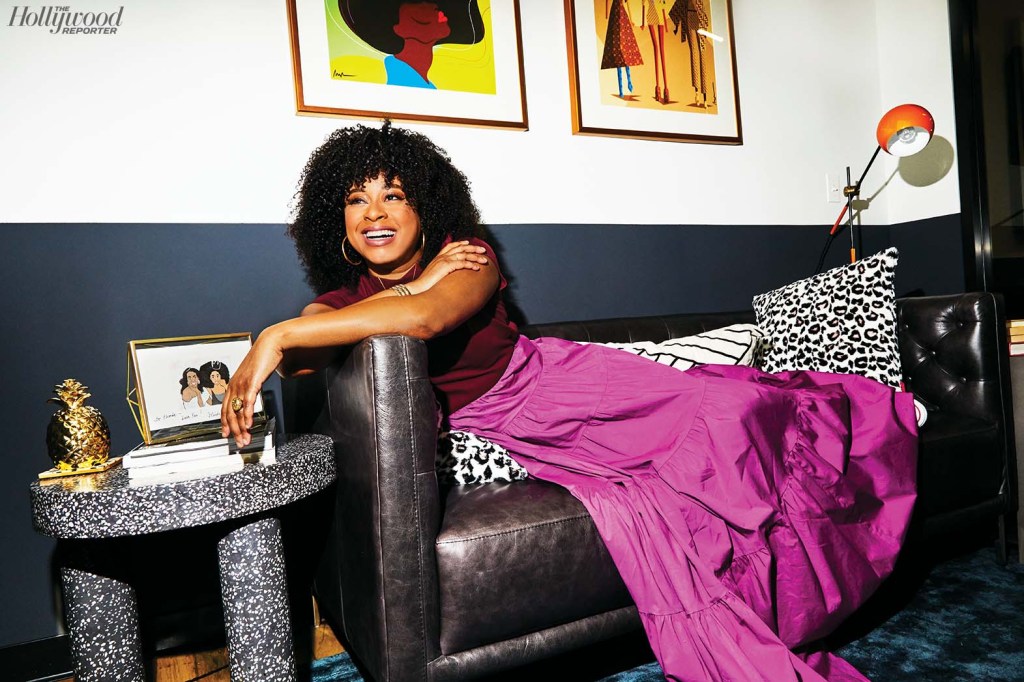