“Whoo — there are a lot of them!” exclaims an energetic Phylicia Rashad when asked by THR to look back at her career highlights. “I would say my career began with high points.” She speaks fondly of the months after her sophomore year at Howard University when she spent the summer with the Negro Ensemble Company in New York. “This was during its heyday. The actors in that company were Moses Gunn, Hattie Winston, Rosalind Cash, Frances Foster, Esther Rolle,” she says. “Robert Hooks was one of the directors of the theater. Douglas Turner Ward was the artistic director. It was the hottest theater in New York at the time.”

Anthony Anderson Graduates From Howard University: "It's Literally Been 30 Years in the Making"

She performed onstage Monday nights, when the regular ensemble had the day off, “and every [other] night I would sit and watch the ensemble in repertory,” she recalls. “It was amazing. So I started like that.”

Along with a storied Broadway career (she was the first black actress to win a Tony for best actress in a play for her work in A Raisin in the Sun in 2004), Rashad became a small-screen star thanks to her role as Clair Huxtable on The Cosby Show, the NBC sitcom that was the highest-rated series on TV for five of its eight seasons. On June 7, the 70-year-old actress will receive the Award in Television Excellence at Austin’s ATX Festival in honor of a career that includes OWN’s upcoming series David Makes Man, debuting at the fest.

She declines to discuss her former co-star Bill Cosby’s legal troubles and is philosophical about the fact that his conviction on three counts of sexual assault has led to the show disappearing from broadcast syndication. “Well, Dreamgirls can’t be seen anymore. The Wiz can’t be seen anymore,” she says of her past Broadway gigs. “Most of the work I’ve done isn’t seen anymore. But you keep going.”

Rashad plays a devoted teacher on David Makes Man, from Moonlight’s Oscar-winning co-screenwriter Tarell Alvin McCraney. The drama centers on a teenager (Akili McDowell) who moves between a demanding magnet school and the housing project where he lives and helps raise his younger brother. Rashad, who worked with McCraney on his play Head of Passes, says she took the David role without even reading a script. 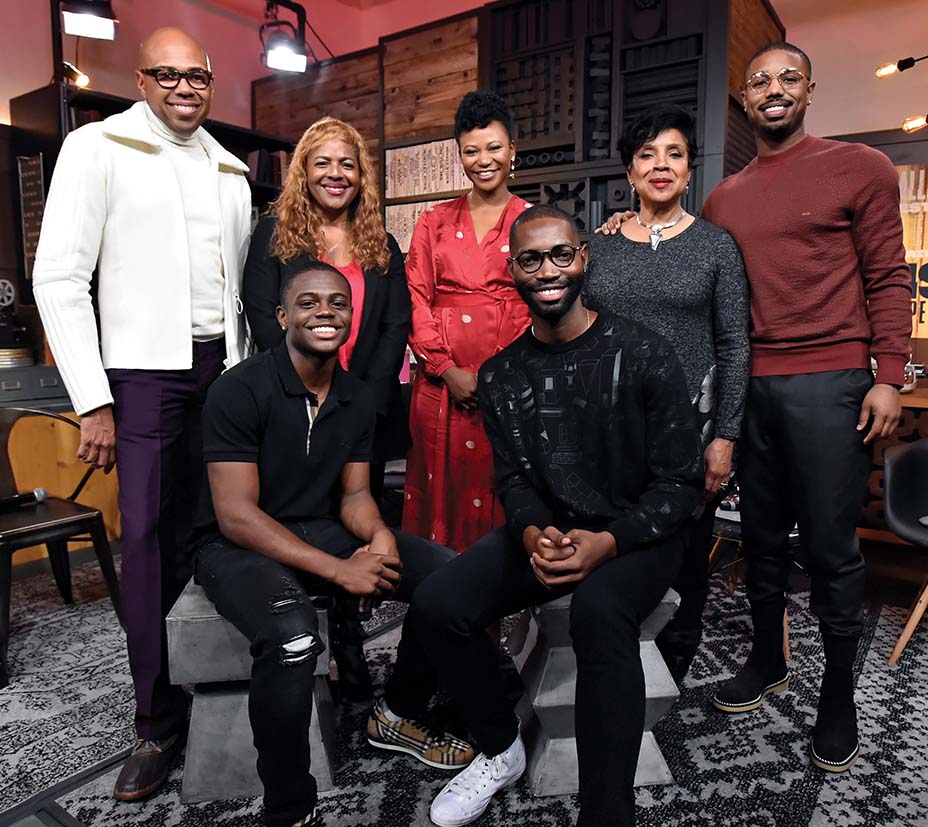 “I know the quality of his writing,” she says. “I just said yes because I knew it would be good. And it was even better than I thought it would be.”

Holding out for good writing has been a guiding principle of Rashad’s career, along with “honest representation of women,” she says.

“If it’s too frivolous, I want none of it, and if it’s pathology, I want none of that,” she adds. “I look for creative expression in the writing as well, otherwise there’s nothing to aspire to.”

Rashad has moved fluidly between comedy and drama over the course of her career: In just the past few years, she’s worked on shows ranging from This Is Us to Jean-Claude Van Johnson to Empire to The Lonely Island’s mockumentary Tour de Pharmacy. Regardless of the genre, however, her approach doesn’t waver.

“[It’s] just finding truth in it — how the character thinks, why a person thinks the way they do,” she says. “Honest interactions make the comedy funnier and make the drama more heartfelt.”

A show like David Makes Man likely wouldn’t have found a home in an earlier era of TV, given its slow-burning story and indie-film aesthetic. Rashad acknowledges that one of the perks of Peak TV is that “there’s something for everybody to watch” — although her feelings remain mixed. “It seems to create a lot of work for people, and that’s always good,” she adds. “On the other hand, I think it would be nice for people to spend some time not watching things — watching each other, watching the sun rise and set, reading a book.”

An earlier version of this story misstated the facts of Bill Cosby’s conviction. He was convicted on three counts against one victim.