The team behind The Politician gathered for the Netflix series’ New York premiere Thursday night at the DGA Theater. It was there that Gwyneth Paltrow, her husband, Brad Falchuk — who co-created the dramedy with Ryan Murphy and Ian Brennan — and more stars of the show chatted with The Hollywood Reporter on the pink carpet about the social impact they hope to have as the 2020 election draws near.

“I always think of the show as so satirical. But I think that for the younger audience, it might be interesting for them to see what the characteristics of true politicians are,” Paltrow told THR of The Politician, which centers on Ben Platt’s character, Payton Hobart, a determined high school senior who will stop at nothing to become student class president — the first step in his meticulously thought-out plan to one day assume control of the Oval Office.

Paltrow, an executive producer on the series who plays Georgina Hobart, Payton’s mother and abiding supporter, added, “Maybe it will demystify it a little bit for them and encourage kids to become more politically involved and to get out there and vote.” 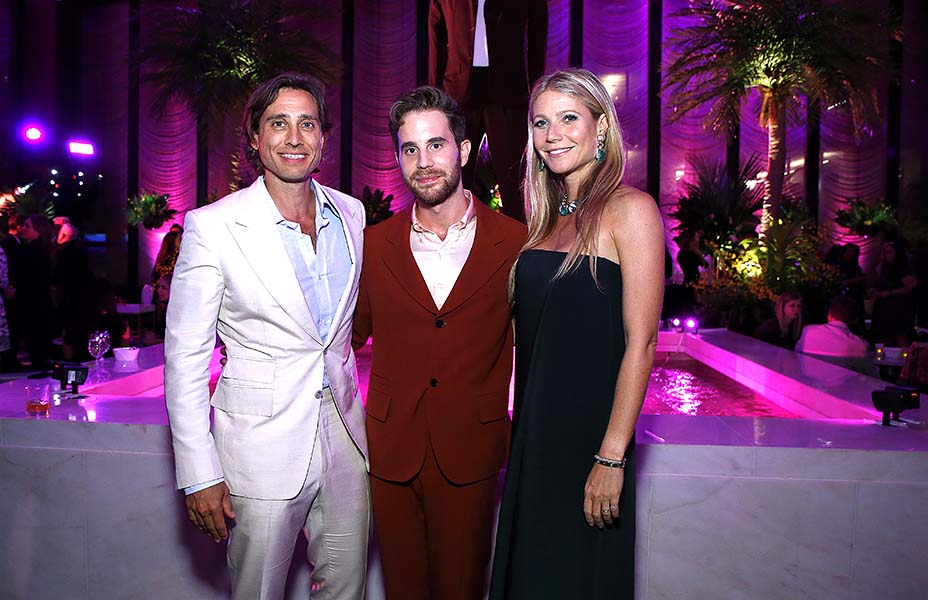 Falchuk — who wrote Paltrow’s character with his wife in mind — agreed, explaining that The Politician serves as an allegory for 2019’s divisive political climate. “In a way, we’re holding a mirror up to society,” Falchuk said of the series, which explores gun control, voter suppression, political corruption, mental health and suicide, among other hot-button issues.

“Historically, younger people vote in much smaller numbers,” Falchuk continued. “But now, I think young people want to be involved, to take control and not let old people dictate their lives. The hope is that this show can fuel even more motivation for kids to get out there and make their voices heard.”

Benjamin Barrett — who plays Ricardo, the amusingly misguided boyfriend of Payton’s potential running-mate Infinity Jackson (Zoey Deutch) — told THR that he believes humor is the best way to capture Gen Z when trying to ignite important conversations about politics. “It’s a good way to inform them without shoving it down their throats,” said the actor. “I hope it gets kids excited about 2020.” 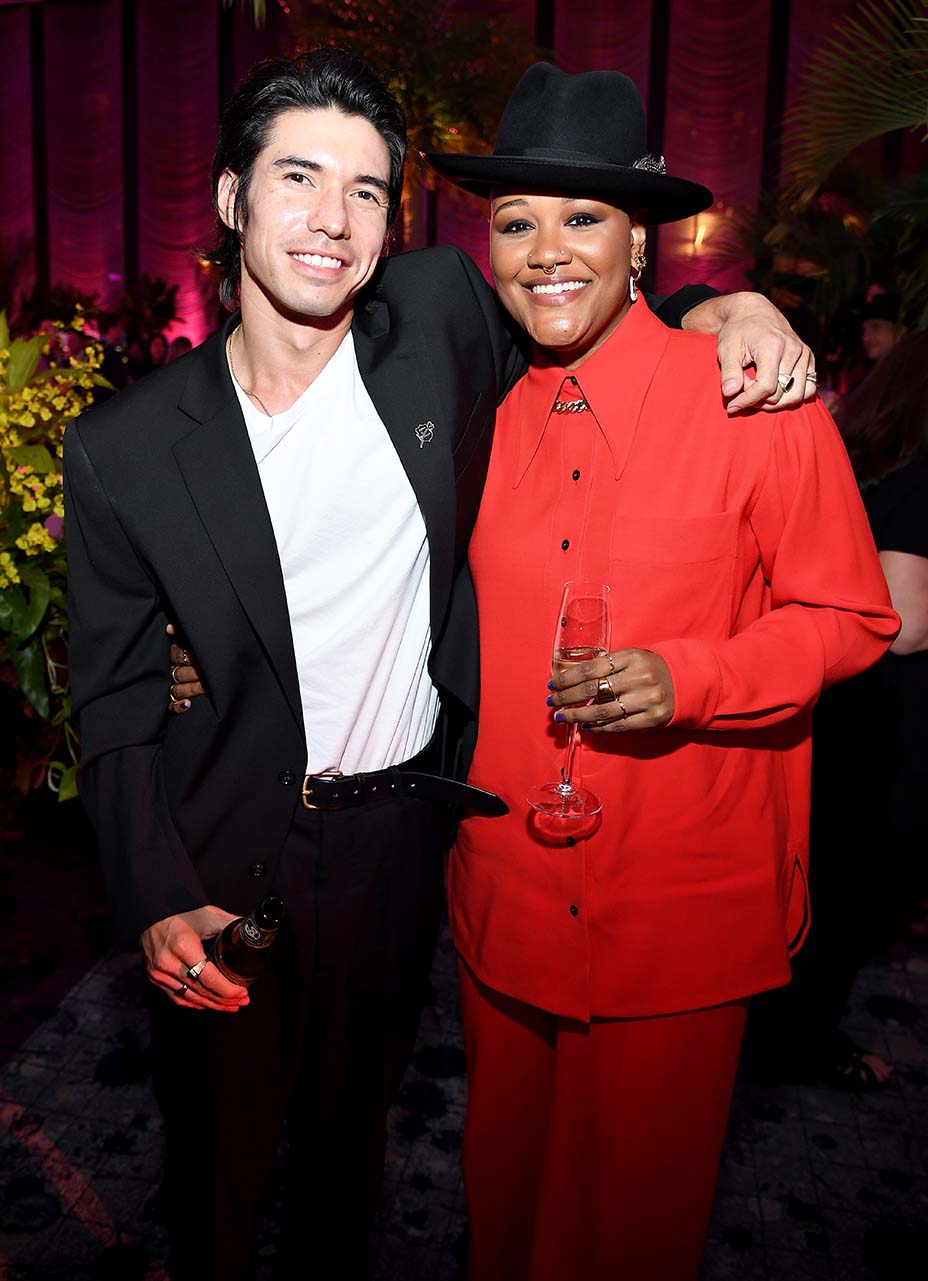 Aside from the series’ political significance, castmembers spoke about the power of The Politician‘s inclusive approach to storytelling. Like many of Murphy’s projects, The Politician — his first series to make its debut on Netflix since his $300 million mega deal with the streaming giant — features characters with a wide range of sexualities, gender identities, ethnic backgrounds and disabilities, played by actors of similar experiences. Still, not one kid at Murphy’s fictional Santa Barbara-set Saint Sebastian High is completely defined by what makes them different.

Newcomer Ryan Haddad — who has cerebral palsy and portrays Andrew Cashman, who he says was pitched to him as a “sardonic high schooler with cerebral palsy” — told THR that his character’s narrative feels “revolutionary” for the lack of attention it pays to his physicality.

“I think it’s groundbreaking for people with disabilities. It’s not something we see often. When we see disabilities onscreen, typically it’s the central point of a character. And my character, he only says ‘cerebral palsy’ one time and it’s a joke,” he said. “So, the fact that I can be very significant to the plot and not have it be focused on my disability is a huge deal for me and part of the reason I wanted to do the role, for sure. It’s very well written, it’s very funny and it’s not tokenizing.”

Trans actor Theo Germaine, who plays Payton’s campaign manager James, said that Murphy’s decision to hire LGBTQ talent behind the scenes provided an extra level of comfort on the set of The Politician — particularly when Murphy’s frequent collaborator Janet Mock came on to direct episode three. (Mock, who made history in 2018 as the first trans woman of color to direct an episode of television with Pose‘s season one standout, “Love Is the Message,” signed a historic overall deal with Netflix in June as the first openly out trans woman to enter such a pact with a major media company.) 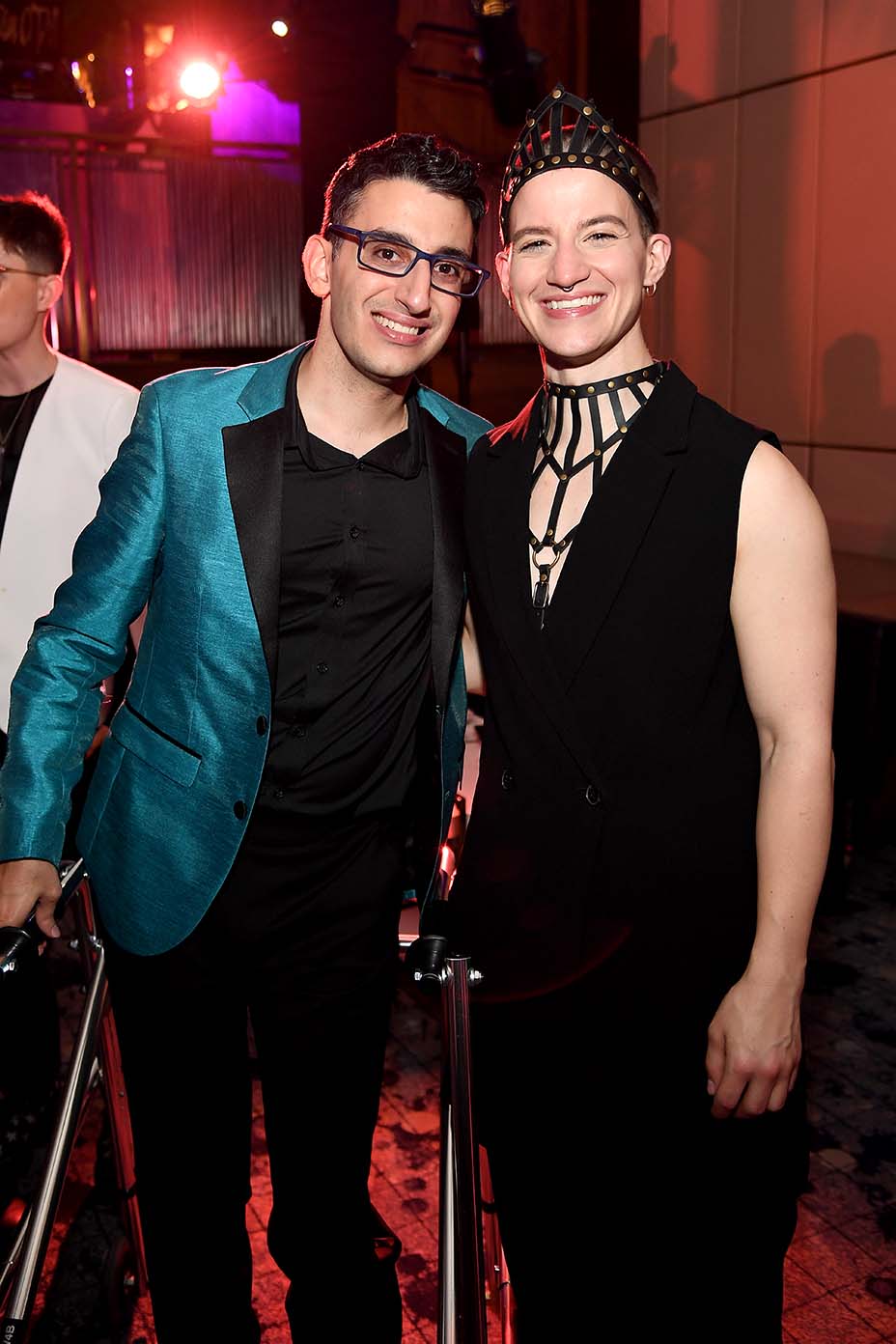 “I have only been able to work with trans directors a couple of times in my life. Everybody that I worked with on The Politician, I had a fantastic experience with. I don’t want to say that anyone was better than anyone else because everybody was truly exquisite,” said Germaine. “But when you get to work with somebody like Janet, who falls underneath a similar umbrella as you, it feels like there is an increased level of understanding.”

He added, “Because I’m newer in the business, sometimes it’s easier for me to open up to other people who share a similar experience as me. I just got to chat with Janet a little bit about some of the concerns I had — like, am I doing enough to represent my community? — and she was super supportive and just told me to play James like the cunning nerd he is.”

Mock was one of many notable names who came out to support Murphy, Falchuk, Brennan and the cast of The Politician at Thursday night’s screening. Pose‘s Indya Moore, Oscar winner Rami Malek (who is dating The Politician‘s Lucy Boynton, his Bohemian Rhapsody co-star) and Ariana DeBose, the incoming lead of Steven Spielberg’s West Side Story reboot, were also in attendance.

Judith Light and Bette Midler, who appear at the tail end of season one of The Politician and are expected to play bigger parts in the second season, attended as well, along with the main cast that includes Paltrow, Platt, Barrett, Deutch, Germaine, Boynton, David Corenswet, Julia Schlaepfer, Laura Dreyfuss, Rahne Jones, Bob Balaban, January Jones, Dylan McDermott and Jessica Lange. Afterward, Murphy and his stars celebrated the launch of their show during an afterparty at The Pool in Midtown Manhattan.

The Politician is now available to stream on Netflix.