The Politician tells the story of a wildly ambitious teenager with designs on becoming president one day. But within that narrative is also a take on pop culture’s recent Munchausen by proxy obsession, with Jessica Lange as Dusty, a grandmother grifter who pretends her granddaughter Infinity (Zoey Deutch) is ill to scam free meals and trips to amusement parks.

It’s only when that presidential hopeful, Ben Platt’s Payton, tries to ride Infinity’s coattails that she discovers what her grandmother has been doing the whole time. The story turns out to be a slightly different look at what ambition and expectations can make a person do than what’s being explored in Payton’s storyline.

“For the character of Dusty, what she really, really desired more than anything was to be appreciated, was to be wanted, was to be necessary, was to be loved. And in her twisted way, she became very necessary and important and admired,” Lange told The Hollywood Reporter. “I think it’s part of the Munchausen by proxy, this thing of wanting people to think you are doing such an amazing thing, giving up your own life to take care of this sick child.”

That’s fodder for drama, of course — Patricia Arquette just won an Emmy for her portrayal of a mother with Munchausen by proxy syndrome in Hulu’s The Act — but Lange loved the comedic potential, no matter how crass that sounds.

“One of the things that interested me right away was this idea of doing a black comedy. I haven’t done that many comedies over the many years I’ve been doing this, and I really wanted do a character who’s as dark as this is but set in this world,” she said. “I’ve played these kind of tortured characters, certainly, in my career. But they’ve always been played realistically and dramatically in that context. This was something else.” 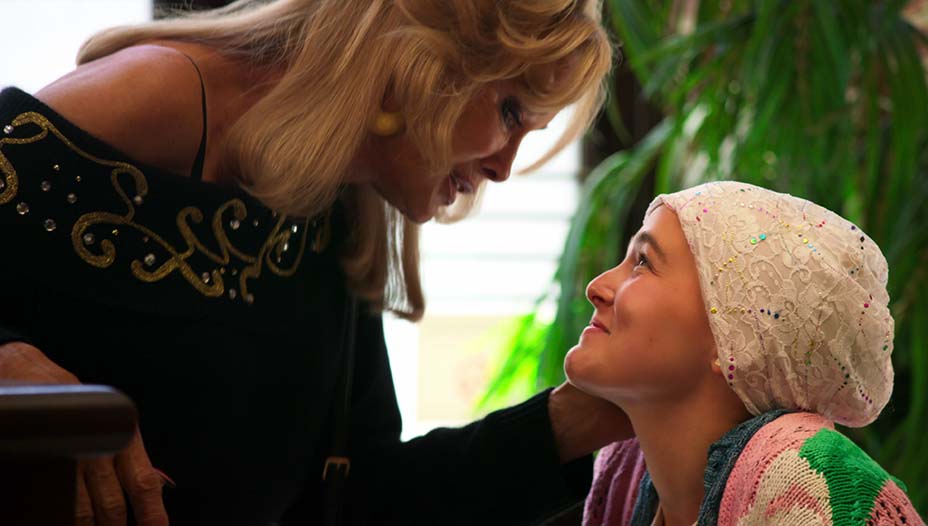 That tonal swing was something creator Ryan Murphy knew could get confusing, particularly for his stars.

“What was made very clear from the beginning is that this was going to be a show unlike anything else, and it would be OK if we were sometimes confused by the tone,” said Deutch. “That’s fine. That’s normal. Because it’s talking about very serious issues, about sexuality and gender and politics, but it’s a satire. It’s a comedy. So I just remember talking about that a lot and remembering that it’s a little bit more textured and different than just comedy/drama, black and white. Jessica and I, our world is in its own microcosm. It’s its own world.”

The show as a whole, however, is “talking about real stories, real issues, including gun control, voter fraud, complicated relationships between grandmothers and granddaughters,” said Deutch, “but they are fictional characters in this fictional universe. And that’s important to reiterate.”

Speaking of The Act, both Lange and Deutch told THR that the series (and the real-life case on which it was based) did not factor in their performances.

“The one thing that’s similar is the Munchausen by proxy element,” Deutch said. “But at its core, it’s very different because Infinity really believes that she is what she’s told she is. And she believes that because she has to. She’s doing what she has to to survive.”

The project is Murphy’s first for Netflix, although it was developed under his deal with 20th Century Fox. But Lange said the day-to-day on set was the same as any other Murphy production she’s been on.

“It felt very much the same as how we always work. I mean, I think the presentation of it is going to be so much better,” she said, “because from what I understand, it’s all available at one time, so it’s not interrupted by a full week of waiting, nor is it interrupted by commercial breaks, which to me makes a huge difference. I was always so distraught at the idea that you could be in the middle of a dramatic scene, and then they cut away to, you know, a pharmaceutical ad. So this is the best of all possible worlds.” 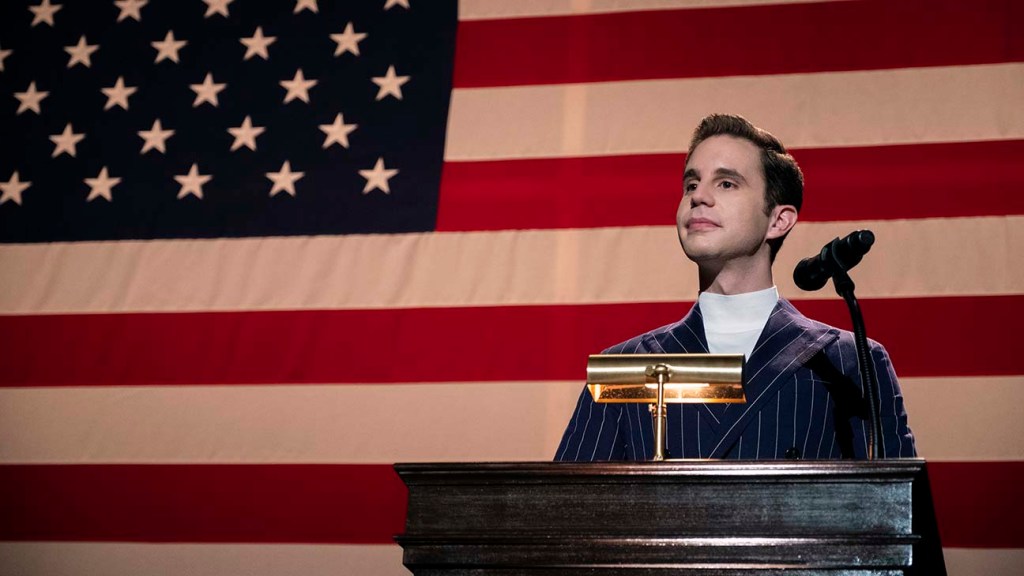 Not carrying the series as a lead was crucial in getting Lange to sign on as was the lighter workload: “I wasn’t carrying the whole show, so I might come in for a couple scenes an episode. It was a very easy schedule for me compared to the way I usually work,” she said.

And it also might be the end of the road for her storied career.

“It would take something very, very different and special to jump back into [series television]. Because at this point, I’m not sure I’m not finished,” she said. Catch that? She’s potentially finished. “I might have come to the end of it,” she clarified, then added a “maybe” for good measure.

Deutch, meanwhile, is just getting started. In the sixth episode, her character performs in the school musical, resulting in a duet with Tony winner Platt. No pressure!

“Top of the list of my dreams is to be in a musical. It just hasn’t happened yet. I guess I really haven’t talked about that side of my life ever, but my sister’s a singer, my mom’s a singer, my grandma was a singer,” she said. “So it’s been deeply embedded in my life. I get a little shy about it, but I want to figure out how to not be. But I love it.”

The Politician is streaming now on Netflix.