Streaming media is a booming business, sometimes at the expense of more traditional entertainment, as illustrated by the numerous charts below.

Subscription video-on-demand, popularized by Netflix, was an $8.21 billion industry last year and will grow to $14.03 billion by 2021, according to PricewaterhouseCoopers.

Such growth, though, means cable and satellite TV may struggle with customers cutting the cord while younger consumers choose never to subscribe in the first place. There were 16.7 million cord-cutters by 2016, according to eMarketer, and there will be 40.1 million by 2021. There were 32.5 million cord-nevers (Americans who have never subscribed to pay television) in 2016, and that will rise to 41 million by 2021. 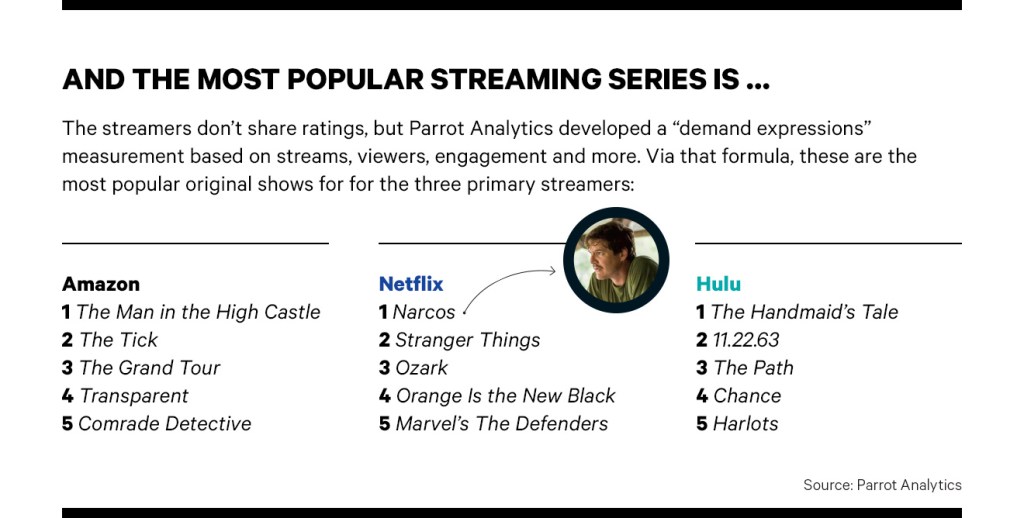 Of the premium content offered by the Big Three streamers, the most popular shows in September from each were The Handmaid’s Tale (Hulu), The Man in the High Castle (Amazon) and Narcos (Netflix), according to Parrot Analytics.

Those three streamers are spending wildly to acquire content from the likes of CBS, Warner Bros., Lionsgate and more, as well as produce their own original shows. Netflix, for example, will plans to spend $6 billion this year while Amazon spends $4.5 billion.

Much is made of Netflix’s mounting debt, but Wall Street has rewarded the company for all its spending on content-acquisition; thus a share of Netflix that traded for $179 this week could be had for less than a buck 15 years ago. (On Thursday, Netflix raised the price of its most popular subscription plan by 10 percent.)

As popular as Netflix is, though, YouTube is still the king of streamers, with 186 million users in the U.S. As for social media, Facebook dominates with 166.8 million users as of the end of last year. 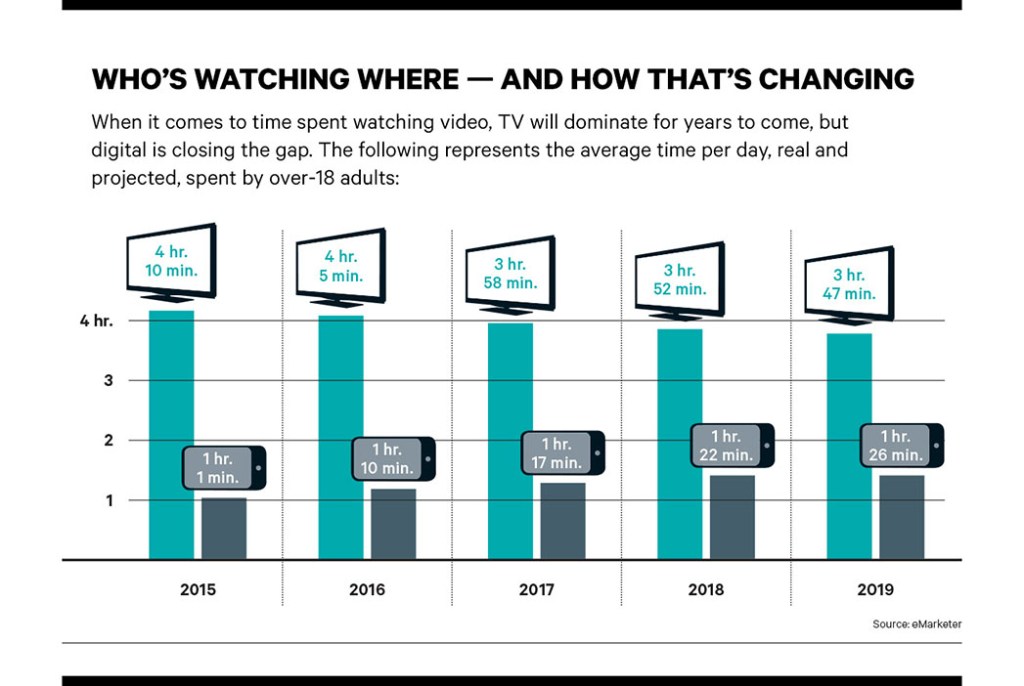 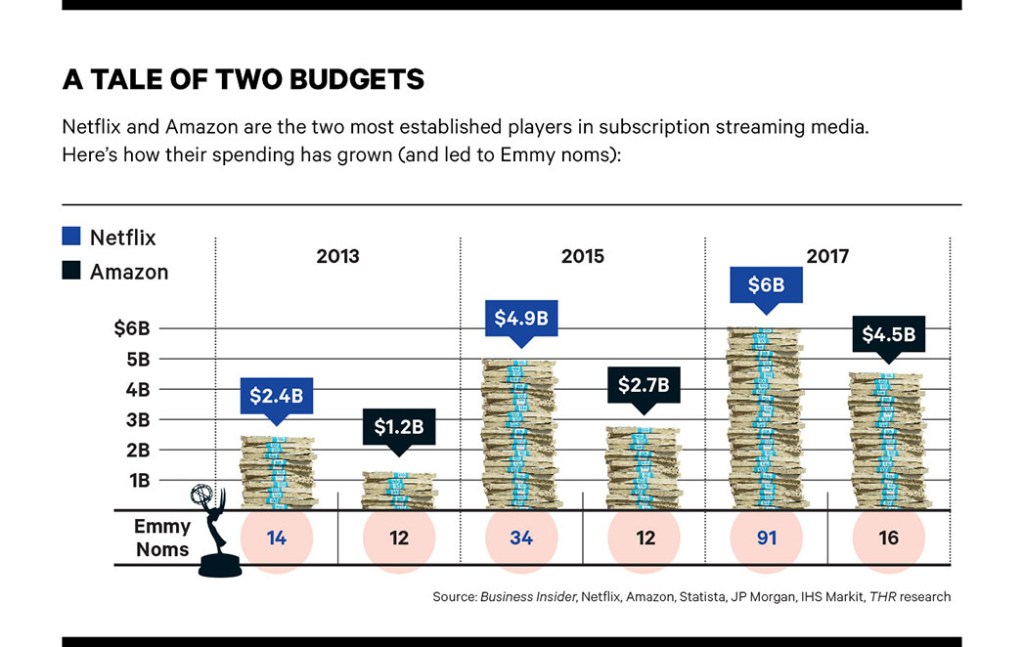 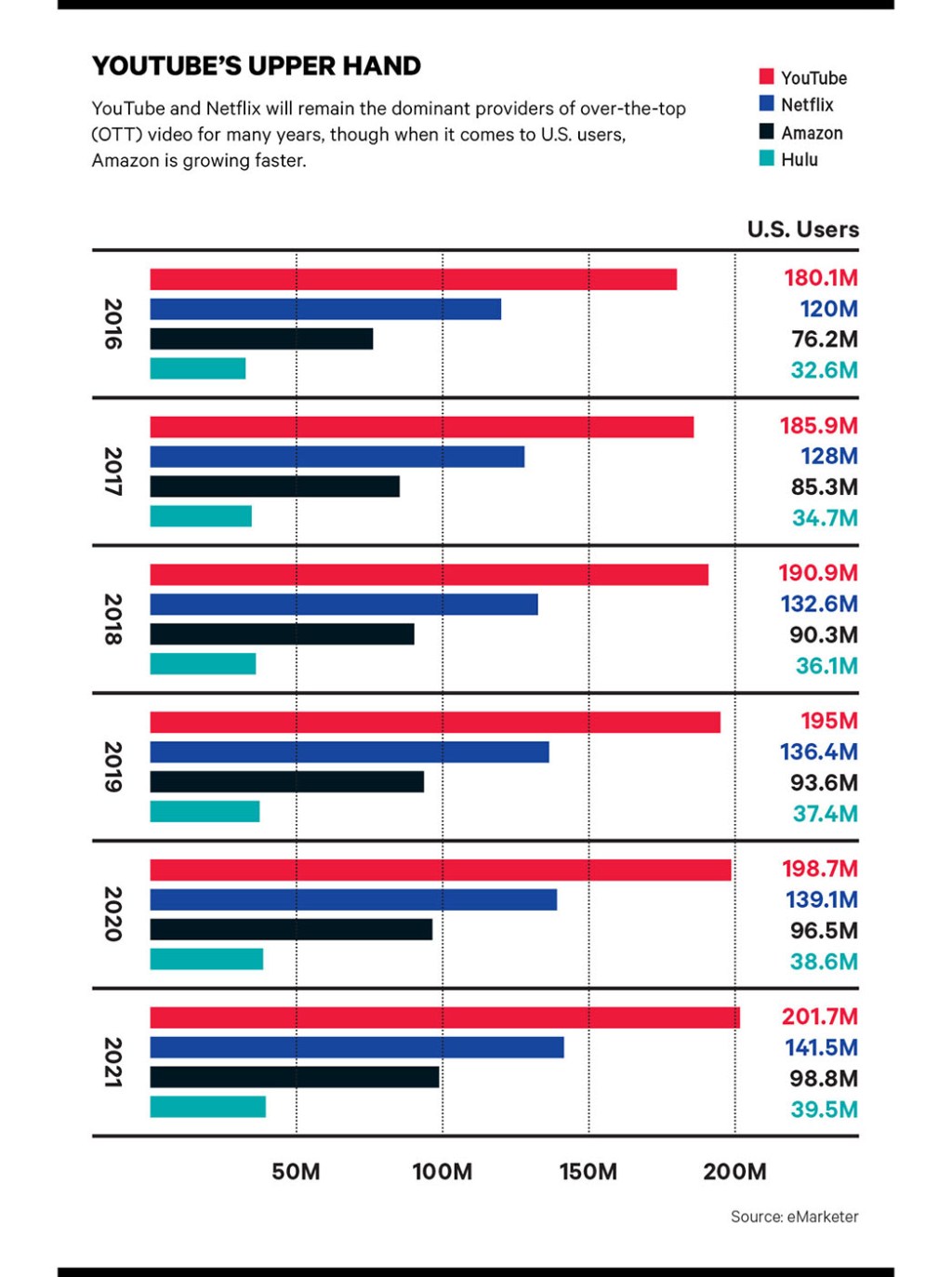