As a kid growing up in the South Bronx, Steven Canals had big dreams — but he never imagined that his Hollywood aspirations would land him back in his native borough, where the production offices and soundstage for his FX hit, Pose, are now located at Silvercup Studios North.

“I came from an environment where the expectations for me were as low as they could get,” the 38-year-old co-creator and executive producer (with Ryan Murphy and Brad Falchuk) says of his groundbreaking show, which premiered in June 2018 and is up for six Emmy nominations. “For the work to be recognized, and for it to be work that uplifts LGBTQ people of color, is pretty incredible.”

Indeed, Pose centers on New York’s queer ballroom scene of the late 1980s and early ’90s and features five transgender actresses of color in leading roles — an unprecedented number for a scripted series in the U.S. — along with exceptional LGBTQ talent employed behind the camera, including Canals’ fellow writer-producers Janet Mock and Our Lady J. THR spoke with Canals, a graduate of UCLA’s MFA screenwriting program who penned the first draft of Pose in 2014, about the show’s journey from the page to the small screen and using his platform to combat LGBTQ storytelling tropes.

You made history as the first Latinx producer to be nominated in the outstanding drama category. How does that feel?

On one end, it’s such an honor to have your work be recognized by the Television Academy, but then it’s also a little shocking that I’m the first. I hope that this is the beginning, though, and that there are other young, black, Latinx and LGBTQ people out there who are dying to tell a story, who have a fire to work in this industry and are energized to go out there and make their dreams happen by seeing someone like me nominated.

What were some of the most unexpected challenges of season one?

The bulk of our production was shot on location. We were traveling all over New York, shooting in Manhattan, Brooklyn, Queens and the Bronx. We often had to change locations within one day and travel from one borough to another. It was exhausting. We’ve figured it out now by building out those sets on a soundstage, so we’ve been able to consolidate everything. There are still long hours, but less travel. Somehow, it’s just a little less stressful.

Pose is all at once heavy and heartbreaking, but also aspirational and glamorous. How do you strike that balance?

Historically, in film and television, you often don’t see three-dimensional LGBTQ people of color. We so rarely are at the center of our own narratives and, more often than not, we’re playing a stereotype. One of the first conversations we had in the writers room was about the importance of specificity and the opportunity we had to show fully formed, well-rounded characters. It’s about leaning in to all the facets of what makes us who we are as people. For example, with Dominique Jackson’s character, Elektra, she can be shady and have an attitude — but she can also have a heart and be motherly and funny. As people from marginalized communities, we are all of those things. I hope Hollywood will take a page out of Ryan Murphy’s notebook and continue to approach LGBTQ storytelling where it’s this authentic.

In which character do you see yourself the most?

When I wrote the first script for Pose, I would have said Damon because I know what it feels like to be that young queer man who has goals and aspirations. But now I would say — partly because Janet and Ryan are always reminding me of this — that I’m more like Blanca. She’s an idealist, she has a big heart, and she genuinely wants the world to be better. I’m so deeply connected to that part of her personality.

The show has been a vehicle for LGBTQ advocacy. What issue from season one felt particularly meaningful to highlight?

In episode two when Blanca is at the gay bar and she is kicked out for being a trans woman of color. People seemed a bit unaware of this issue, specifically cisgender gay men. They didn’t know that it happened, and they didn’t know this type of discrimination still goes on within the LGBTQ community. We need to acknowledge and celebrate the “T” in LGBTQ. We talk a lot about discrimination, and more often than not when we do, we tend to focus on how straight folks treat our community, but we overlook how sometimes we, ourselves, are the biggest judges and do it in groups.

If you were handling the Emmy noms, who would you pick from your cast that wasn’t recognized?

Mj Rodriguez. She deserved to be one of the nominees in the lead actress in a drama category. All of the women nominated are deserving and wonderful actresses, but Mj did such beautiful, delicate and really nuanced work. I’m disappointed that she wasn’t recognized because she is the beating heart of the show. She is the kind of actress who dares you to not feel every time she’s on camera.

Who from your cast would fare best in a Democratic debate?

Either Indya Moore or Billy Porter. They’re both really smart, thoughtful people who are passionate and speak with authority. When they speak, people listen and are captivated. And that’s a skill that can’t be cultivated. You either are one of those people or you’re not — and they are.

Janet, Our Lady J, Ryan and I will all be talking about the Real Housewives of whatever city, and poor Brad Falchuk is lost. I’m really loving Potomac right now. If you’re not watching, you’re missing out. 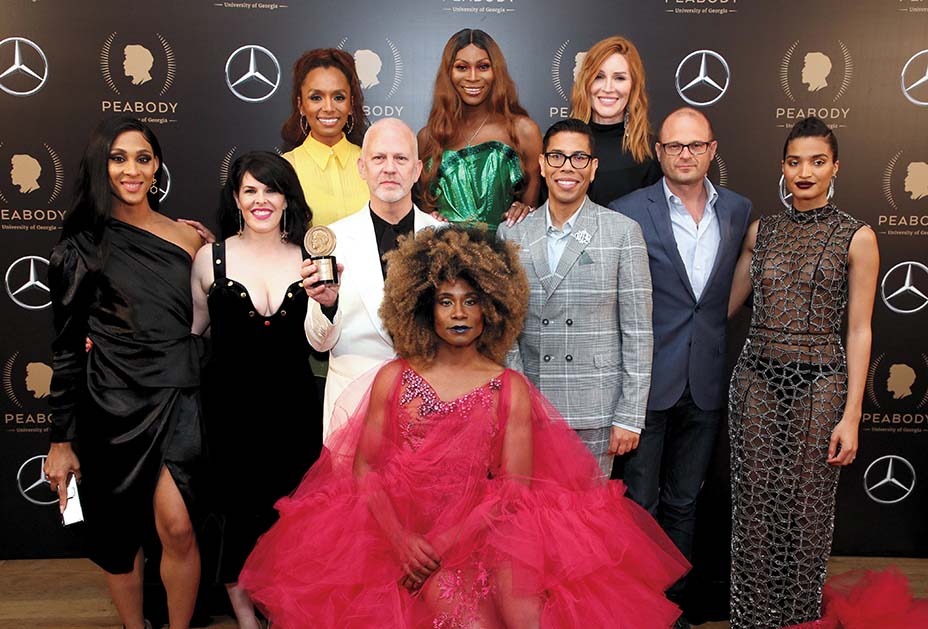 Timing is everything, and Pose‘s is both auspicious and problematic. The FX drama is nominated for its first season — one that bowed more than 14 months ago — as its second, slightly tweaked season nears the finish line. That sort of thing can confuse voters. It seems like a long shot for any key wins, especially in the main drama arena where Game of Thrones casts a chilly shadow and voter goodwill for new series seems to be with HBO’s Succession. But never underestimate the power of a good industry narrative. Pose‘s inclusivity of trans persons and people of color, on camera and behind, is the kind of thing Hollywood likes to recognize — or at least get credit for so doing. —Michael O’Connell

What’s News: Shining In and Out of the Ballroom 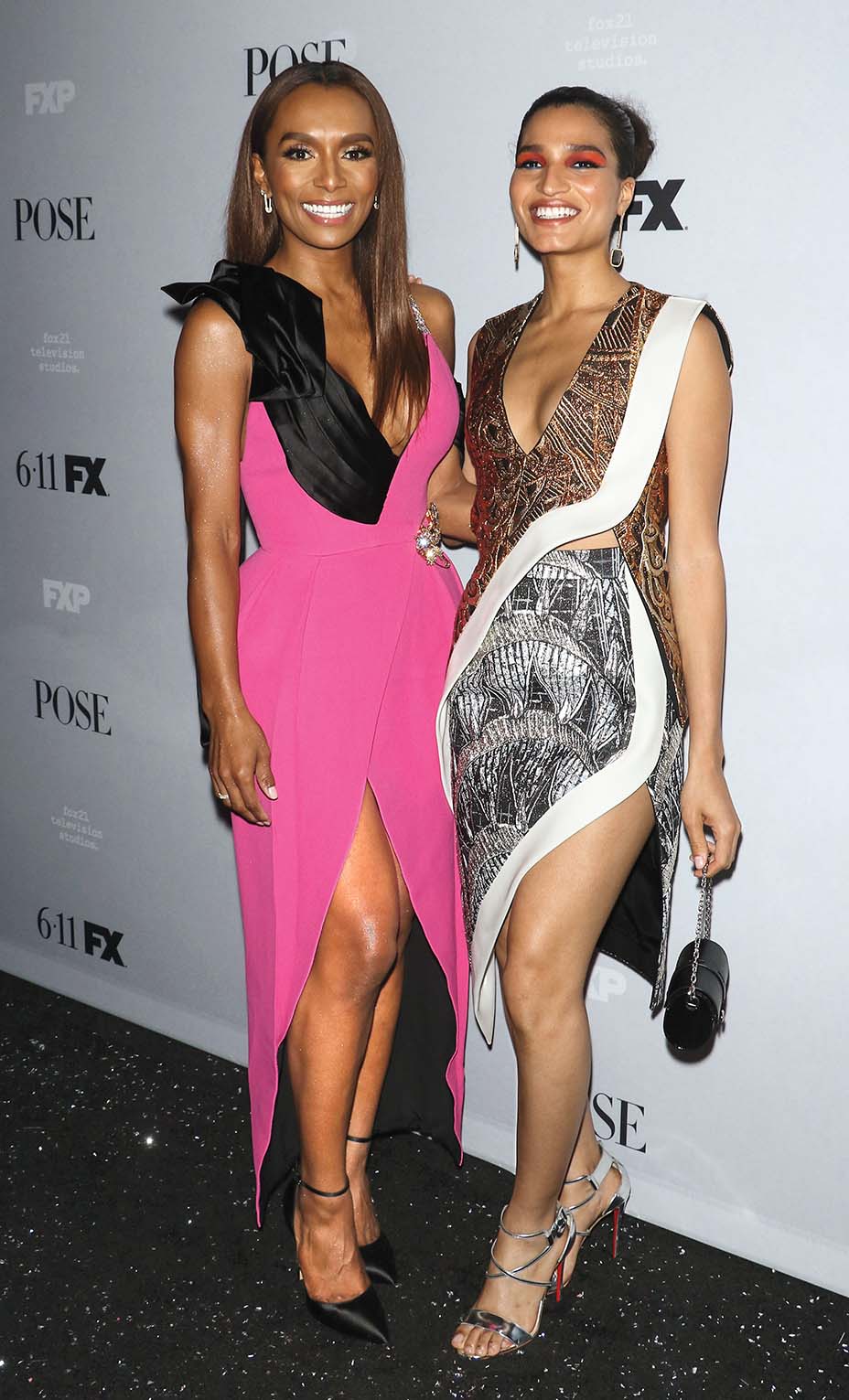 The stars of Pose are filling up their dance cards. Writer-producer-director Janet Mock signed a landmark overall deal with Netflix in June to become the first out transgender creator to make such a pact with a major media company. Her three-year deal sees her joining Ryan Murphy’s series Hollywood as a director and EP. Breakout Indya Moore’s ascension in the fashion world has run parallel to her character Angel’s on the series as the IMG model has scored high-profile campaigns with Louis Vuitton and Calvin Klein. The activist, who identifies as nonbinary, became the first trans person on the cover of Elle, gracing the magazine’s June issue. And Angelica Ross, whose character, Candy, was the focus of a pivotal episode in season two, also has joined the ninth iteration of Murphy’s American Horror Story anthology series for FX, 1984. —Tara Bitran