New York City’s entertainment scene was officially jolted out of the sleep it succumbed to last year when Pose took over the Rose Theater at Jazz at Lincoln Center on Thursday night for the world premiere of the FX show’s third and final season.

The return of the carpet — one that was actually light blue and sprinkled with glitter — was a welcome sight for co-creator Ryan Murphy and the series’ stars alike, all of whom expressed their gratitude for the opportunity to celebrate a season filmed under many of the same COVID-19 protocols being enforced at the premiere: mandatory testing (even for those fully vaccinated), temperature screens, masks, contact tracing and, of course, social distancing. Anyone who’s ever stood opposite the typical flurry of celebrities on a red carpet will be quick to note that the latter has never been industry-standard, but rather than reporters and photographers standing shoulder-to-shoulder all evening, everyone was separated by spaced-out clear plastic barriers that lined a two-sided, 200-foot long carpet.

With the extra space came room for plenty of Pose-themed activations — from a disco ball-filled display to an expansive trophy wall — many of which made for fun photo-ops for castmembers Mj Rodriguez, Billy Porter, Dominique Jackson, Indya Moore, Hailie Sahar, Dyllón Burnside, Angel Bismark Curiel, Sandra Bernhard, Jason Rodriguez and Angelica Ross as they traversed the lengthy carpet over the course of two and a half hours before heading into a screening limited to 100 guests. 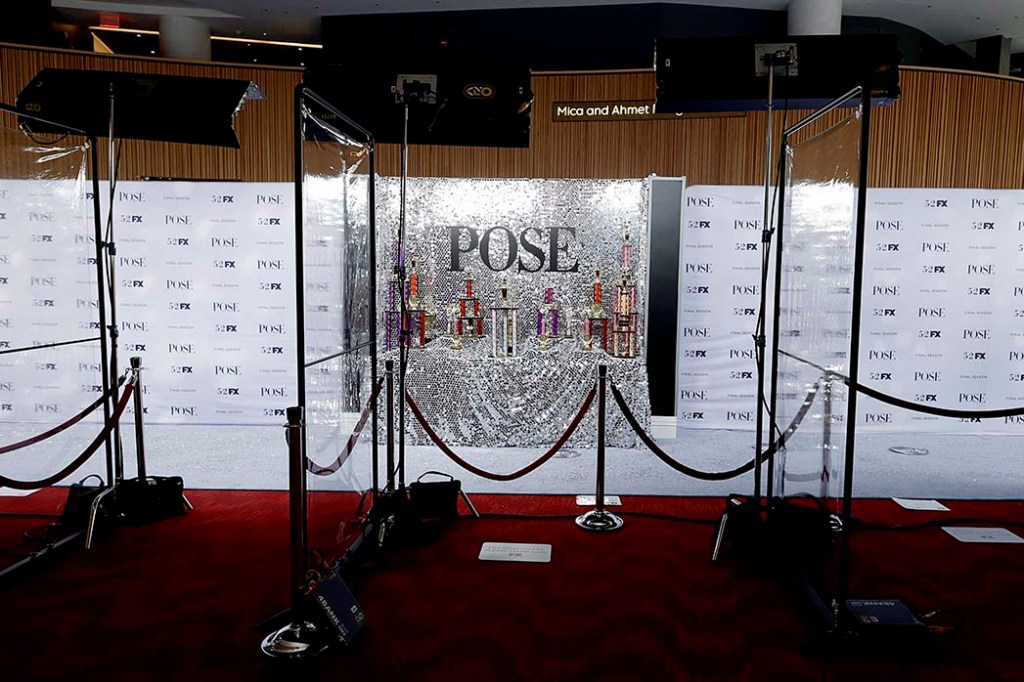 “We’re coming in with a bang!” Rodriguez, who plays the ambitious and resilient Blanca, told The Hollywood Reporter. “Pose, baby.”

The groundbreaking drama created by Murphy, Brad Falchuk and Steven Canals — set amid New York’s underground ballroom scene in the late 1980s and ’90s — debuted in 2018, jump-starting the careers of Rodriguez and fellow transgender actors Moore, Jackson, Sahar and Ross, with the series having the largest trans cast of any show in history.

Pose also broke through for having the largest recurring cast of LGBTQ+ actors ever for a scripted series and continues to lay claim to many firsts, from Janet Mock’s trailblazing directing, producing and writing to Porter’s revolutionary Emmy win.

“To me, it’s always been more than a show,” Murphy told THR at the premiere. “It’s a movement.”

Why not keep the movement going, then?

For Canals, the answer is simple. “When I first met with Ryan Murphy to talk about the series and what it could be, we very quickly landed on what the ending would be,” the Pose showrunner, who opens up further about the decision to end the series with its third season on THR‘s TV’s Top 5 podcast, explained to THR at the premiere. “We had a very clear vision for the important moments that happen in our series finale, and so that’s been the thing that we’ve been writing toward for the past two seasons, and it just so happened that this third season, we saw the ending.”

He continued, “We had to make a decision, like, ‘Do we just go there and write it, or do we sort of bypass it and come back to it?’ And it just felt like it would have been really sloppy writing for us to find a way to stretch the story out when the ending was so clearly right in front of us. And so we just wrote to it.” 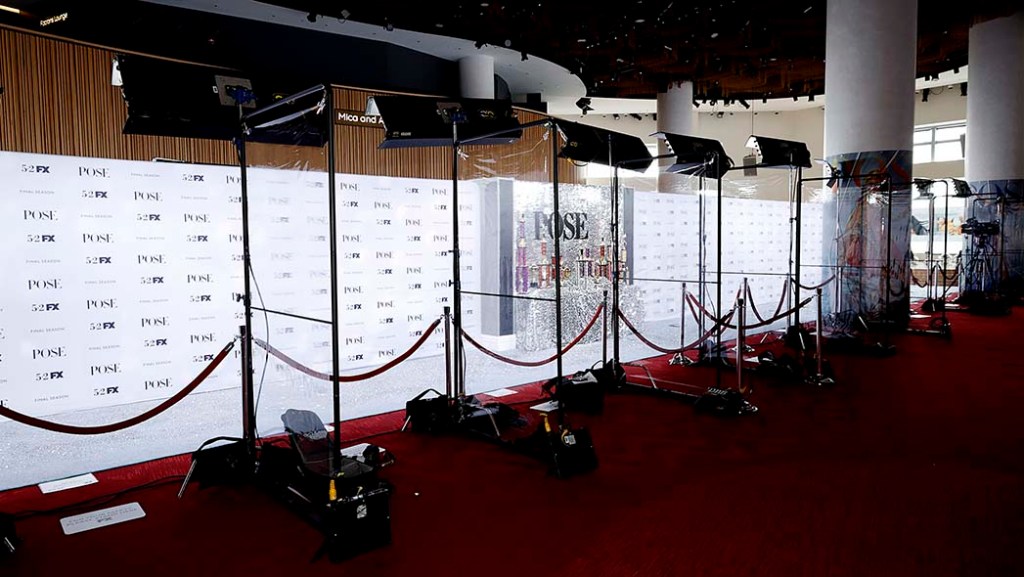 Season three takes place in 1994, with Blanca struggling to balance being a mother with being a present partner to her new love and her latest role as a nurse’s aide. Meanwhile, as AIDS becomes the leading cause of death for Americans ages 25 to 44, Pray Tell (Porter) contends with unexpected health burdens. Elsewhere, the emergence of a vicious new upstart house forces the House of Evangelista members to contend with their legacy.

Rodriguez revealed she initially struggled with the idea of the show ending so soon.

“The moment I found out that this would be the last season, I kind of tried to wrap my head around it as much as I could. I didn’t want to believe it,” she told THR. “But I did some things with myself and made sure I made amends with myself, and it was emotional, it was bittersweet, but I got through it and I knew that what we were doing and where we were ending was a good place.”

Moore echoed Rodriguez’s sentiment, noting, “We’re walking away having felt like we created something beautiful and important.”

“Empowering” is the word that came to mind for Porter.

“I hope that this show can empower the ones behind us, the queer ones behind us,” the Emmy winner expressed to THR. “They see representation of themselves, and they can move through the world and into the world empowered and know that they are enough just as they are and to dream the impossible. You can be anything you want to be.”

Season three of Pose premieres Sunday, May 2, on FX.

'TV's Top 5': 'Pose' Creator on the End of His Barrier-Breaking Hit