On FX’s history-making Pose, Mj Rodriguez’s Blanca Rodriguez-Evangelista is a symbol of hope, optimism and fight. The HIV-positive house mother, in season two of the drama from Ryan Murphy and Steven Canals, fought for herself both personally and professionally, battling both AIDS and a transphobic landlord who burned down her business. Plus, the character also inspired others — namely Billy Porter’s Pray Tell — to join her and become leaders within their community in a bid to set an example for the next generation.

Rodriguez, 29, opens up to The Hollywood Reporter about Blanca’s challenges and the struggle that keeps both going.

What was the most challenging scene for you during season two?

Definitely Blanca being in the hospital and HIV-positive and dealing with the epidemic of AIDS. My mother has had many friends who went through that. But I had never gone through that. I did a lot of research, and it wrecked me knowing that in 1990, there was an extreme peak of more than 40,000 who died. Blanca has so much to fight for, and she had so much to put forth when it came to her legacy. Her life flashed right before her eyes — like, if it was ever going to be fulfilled. And then to see Blanca come back from it, triumphant, when the Whitney Houston tribute came [in the finale], because no one expected Blanca to come back in a red sequined jumpsuit and jump out of her wheelchair, jumping out to show the world that she’s a fighter.

It was an emotional day. Seeing Candy in the casket was hard for Blanca because that was her sister — she had grown up with her in the same house and they were still very close, despite everything. Blanca knew that Candy may have brought on her own demise given how strong and outspoken she was. In 1990, a lot of men didn’t care how outspoken you were; they would hurt you. Now, in 2020, men are actually taking the time to listen to us and understand our lives as human beings. It was hard to even look at Angelica that day because I would break down in tears. When we were shooting, three trans women had already been murdered in 2019 — including, literally, one the day before we shot that scene. It really hit home. 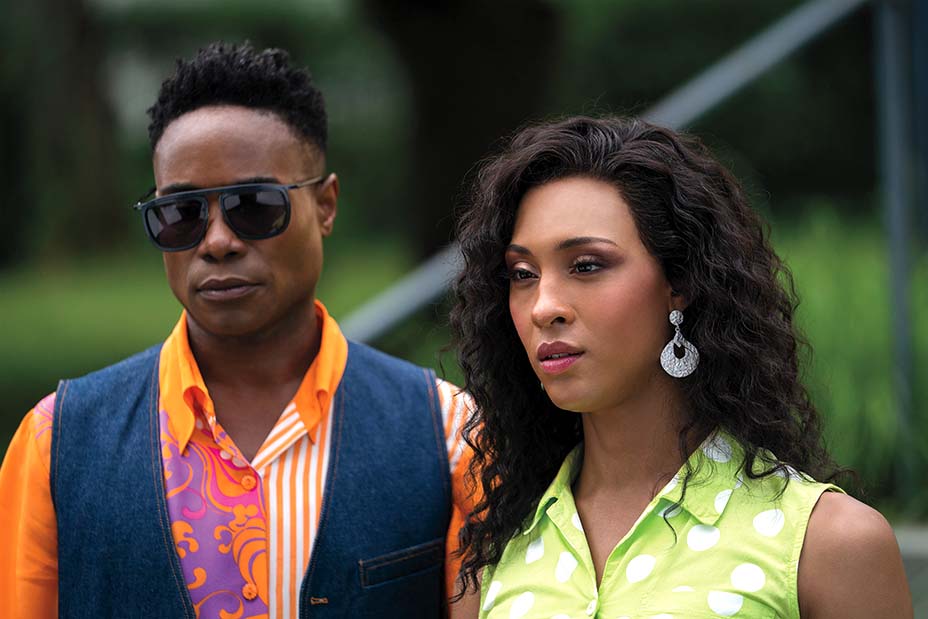 Blanca evolved into a more maternal figure, especially for her community. Why was it important for her to get Pray Tell (Billy Porter) involved with ACT UP?

Blanca gave Pray information on what he needed to do to stand up for his community because there are so many people who looked up to him. There is so much stigma around HIV and AIDS when there doesn’t need to be. It is not a death sentence; it’s not something that holds you back; it doesn’t stop your life. You move forward.

Blanca opened her own business, but then had to deal with a trans-phobic landlord, Frederica (Patti LuPone). Does it feel like every step forward she takes, she winds up going backward two more?

I have had a lot of personal experiences in my life like that. The moment where Frederica tells Blanca she’s going to take away her salon? Blanca doesn’t back down. And then a week later, her establishment is burned down. You have to make sure you’re able to get yourself together mentally and emotionally, because when one door closes, another opens.

How would seeing a character on TV like Blanca have impacted you when you were coming out?

Pose co-creator Steven Canals said he’d like to see Blanca find love in season three. What would you like to see for her?

I hope people can see her in a normalized relationship. She has been, in the first and second seasons, a strong, independent, self-assured woman. I don’t think Blanca is looking for love, and when it comes, I hope it can just hit her in the face and she falls right into it.