Continue to The Hollywood Reporter SKIP AD
You will be redirected back to your article in seconds
Skip to main content
January 19, 2020 5:43pm

While many women still opt for elegant gowns while walking the red carpet, the SAG Awards saw more actresses turn to menswear-inspired ensembles — from power pants to strong suiting — compared with other awards shows this season.

Once Upon a Time in Hollywood actress Margaret Qualley was in head-to-toe Chanel, an iridescent black wool crepe suit with a navy silk blouse from the Paris-31 rue Cambon Metiers d’Art 2019/20 collection. The presenter’s outfit on Sunday was completed with a large floral brooch from Chanel.

Millie Bobby Brown channeled Julia Roberts from the 2019 Golden Globes in her all-white Louis Vuitton look by wearing pants underneath a high-low white gown. Brown said the look was “everything I wanted,” adding, “I wanted to go for more of a masculine but very feminine look. They got it just right as usual.” 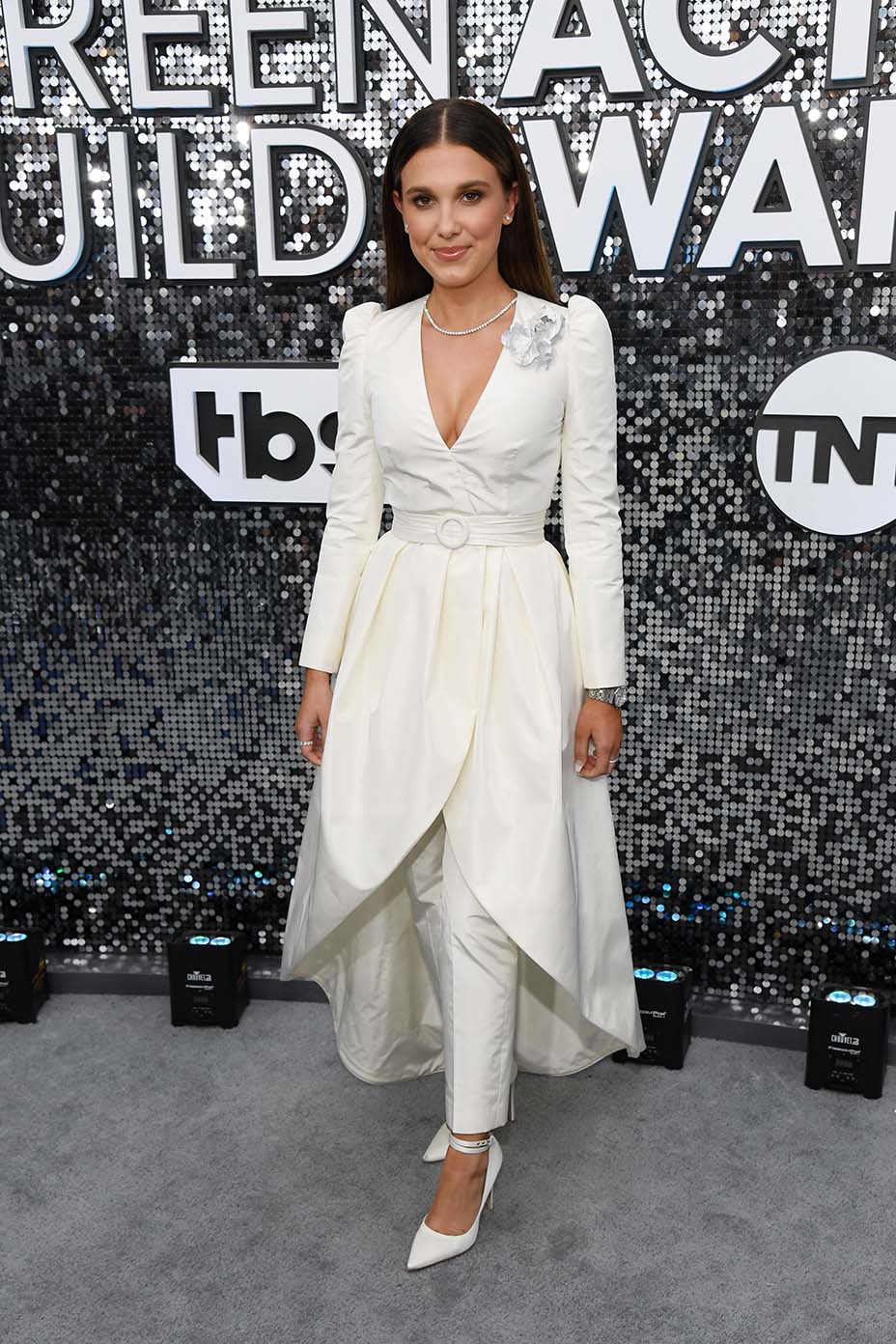 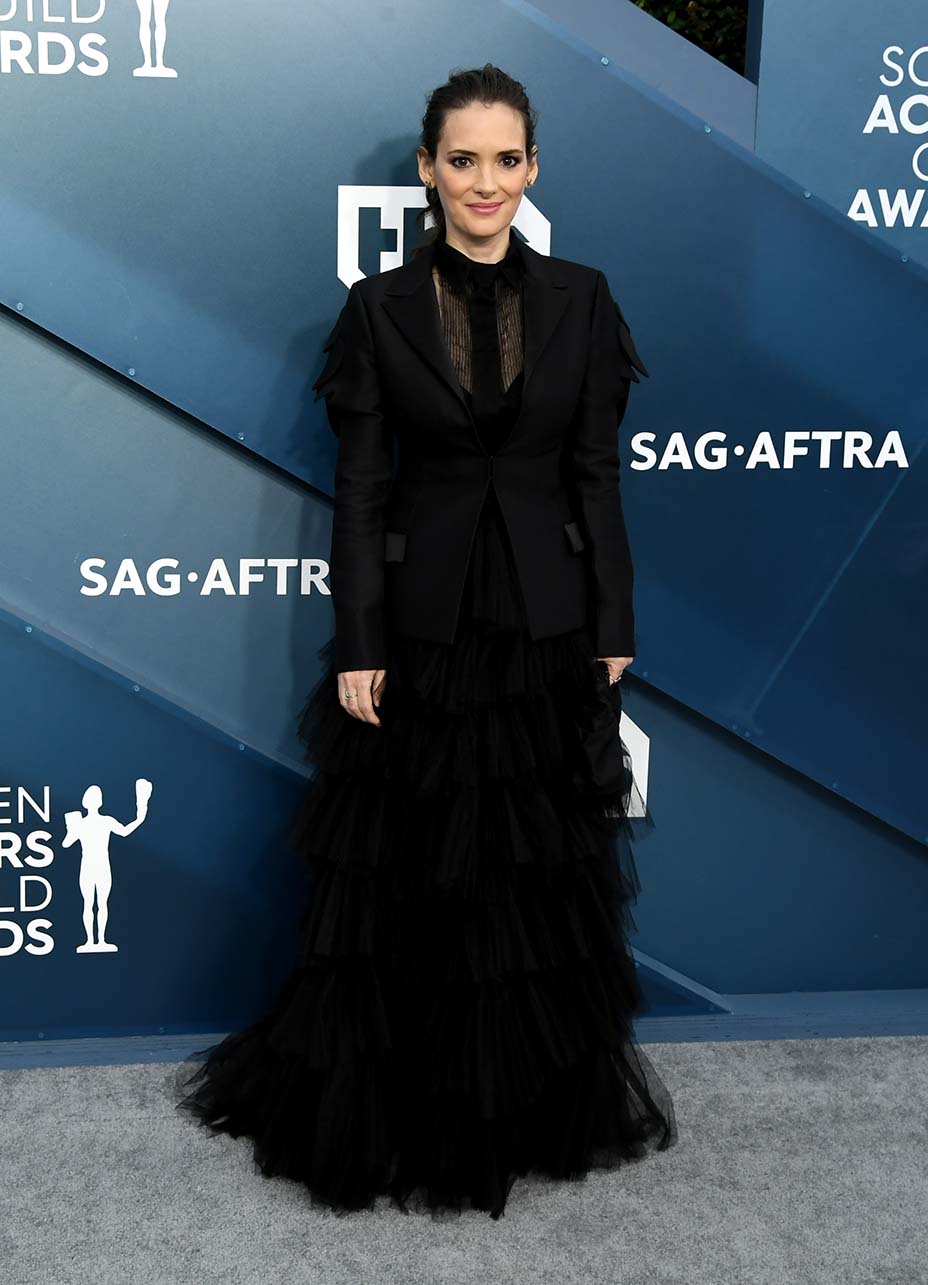 The trend was also donned by some of the season’s younger stars. Ten-year-old Julia Butters, also of Once Upon a Time in Hollywood, donned a silver sequined suit, while 11-year-old Big Little Lies actress Chloe Coleman wore a black suit with a ribbon bow-tie, loafers and statement star hair clips as a finishing touch. 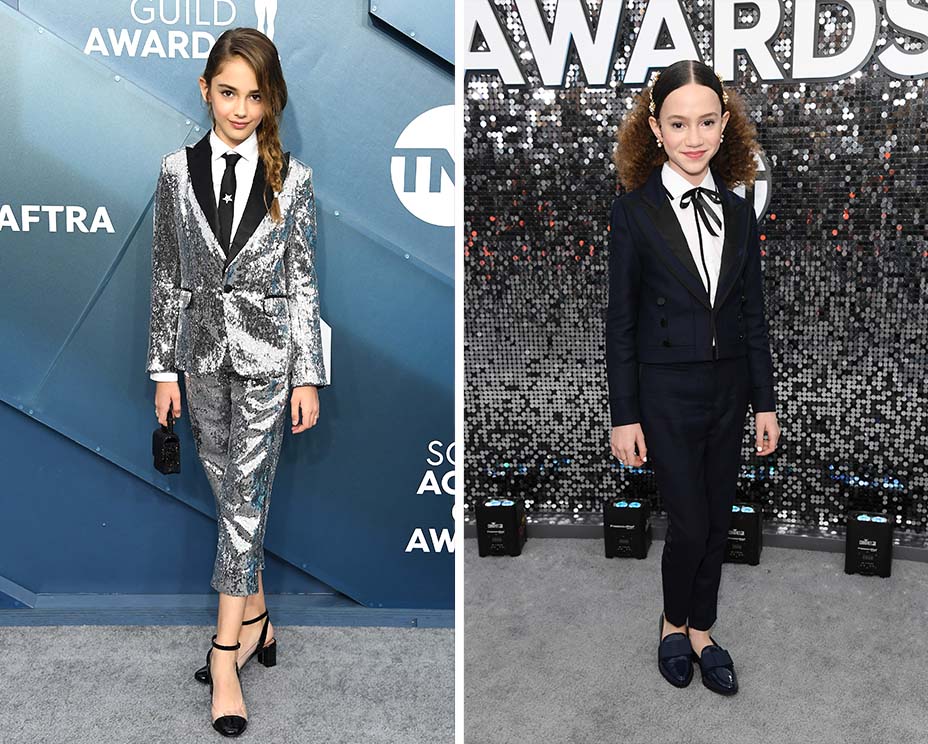 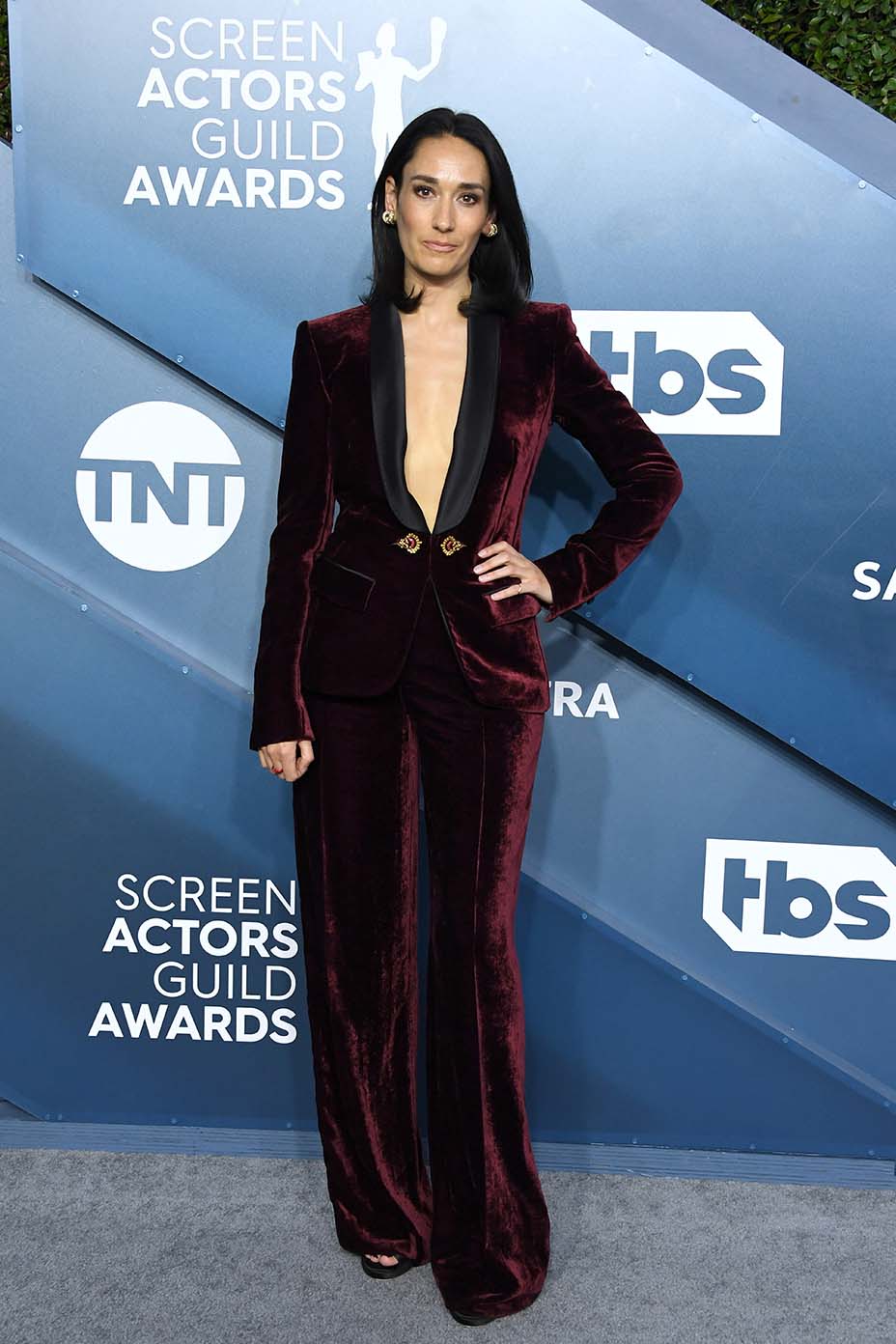 While women in suits is nothing new, the style was worn by more Hollywood stars during the 2020 SAG Awards than at other shows so far this year. Fleabag mastermind Phoebe Waller-Bridge made The Hollywood Reporter’s best dressed list in a custom Ralph & Russo blazer and trousers at the Golden Globes this month, the only woman to do so in a suit.