Louisville, Kentucky-born, Staten Island-raised Michael Rainey Jr. may be only 20, but his acting résumé already spans more than a decade.

He was first noticed at age 9 strolling on the streets of New York with his mom; that chance encounter with a talent scout led to work in TV commercials. But it was an Italian music video that served as Rainey’s launching pad. That video, for Tiziano Ferro’s “Il Regalo Più Grande” — in which Rainey portrayed a sweet-faced boy playing pitch and catch with his dad — was put into heavy rotation on MTV Italia and noticed by writer-director Silvio Muccino, who cast Rainey in the 2010 Italian drama Another World. That in turn led to parts in the 2012 indie crime drama LUV, 2013’s Lee Daniels’ The Butler and a recurring role on Netflix’s Orange Is the New Black.

In 2013, things really started taking off. Rainey, 12 at the time, landed the role of Tariq St. Patrick, son of businessman and drug kingpin Ghost (Omari Hardwick), on the Starz crime epic Power. By season three, Tariq had grown from a minor character to the show’s main villain — or the closest thing to one in Power’s murky moral waters. It was a deliciously rendered depiction of a young, evil genius, and one whom fans loved to hate.

Now it’s time for Tariq — and, by extension, Rainey — to take center stage. Power Book II: Ghost, a spinoff, premiered Sept. 6 on Starz with Rainey in the lead. The sequel series sees Tariq attending a prestigious college. He’s a big baddie on campus, a guy with everything going his way — and when it doesn’t, he manages to manipulate everyone around him until it does.

You won’t find that Machiavellian streak in Rainey, who’s cautiously anticipating his high-profile ascension to above-the-title status. “It’s a way, way bigger responsibility,” he says. “At first I was kind of nervous about it, but once I saw some of the familiar crewmembers [who joined from Power], I felt a lot more comfortable.”

Power has a rabid fan base — maybe a little too rabid. “At first I was like, ‘Damn, this is crazy! What’s wrong with these people?'” Rainey says of those who make their feelings known on social media. “But after some time I realized this is what I do it for — to get a reaction, whether it’s good or bad.” 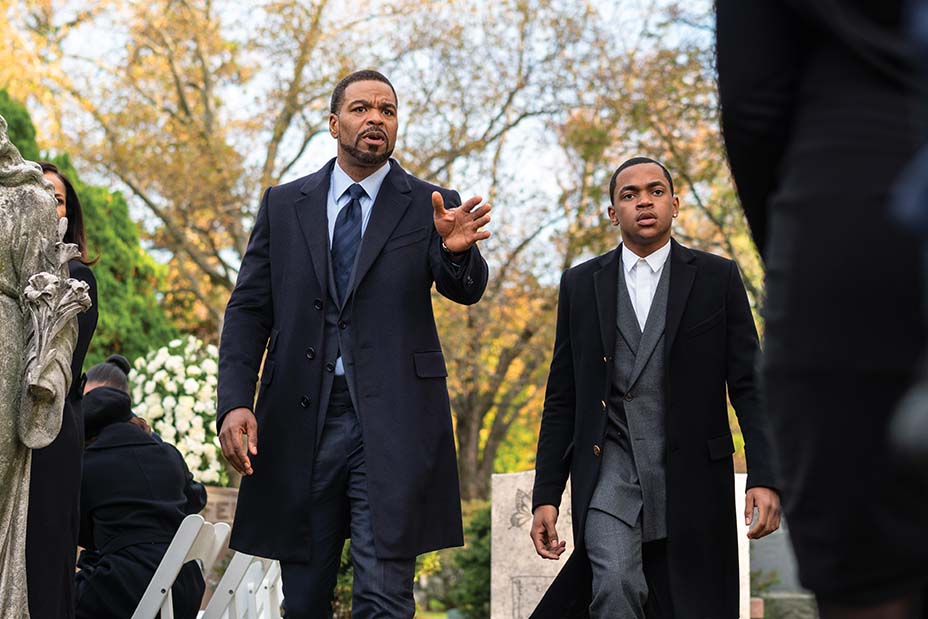 Luckily, Rainey’s idol is usually nearby to keep the overzealous at bay. That would be 50 Cent, who acted on Power (he played Ghost’s rival Kanan Stark) and serves as an exec producer on both series. Rainey has been a fan of the rapper since childhood, when his mom would snatch away his iPod for listening to 50’s explicit songs.

Unfortunately, the season’s final two episodes were not yet shot when COVID-19 struck; with production now on hiatus, the actor is just taking thing as they come: “The old way of living is gone, for sure.” He passed some of the lockdown time in Jamaica, which he considers his true home; his mother’s side of the family are Jamaican nationals. “It’s everything,” he says of island life. “I would definitely live there full time if I could.” (Rainey recently became a Jamaican citizen.)

Back home, Rainey has been troubled by police violence against Black Americans. “It’s like, damn, when are we ever going to get a break? It’s been 400 years, and we’re still going through the same shit,” he says. While this summer’s racial reckoning weighs on his mind, he still thinks 2020 is shaping up to be his best year yet with Power Book II’s debut. He’s also acutely aware of the importance of adding more diverse voices to the landscape: “TV and music is really what controls the world.”