Continue to The Hollywood Reporter SKIP AD
You will be redirected back to your article in seconds
Skip to main content
May 14, 2018 3:00pm
Logo text

As expected, Freeform is moving forward with its Pretty Little Liars spinoff.

The younger-skewing Disney-owned cable network has handed out a 10-episode series order for Pretty Little Liars: The Perfectionists. The series is expected to debut in 2019. With the order, Freeform now has three spinoffs on its roster, including Grown-ish and its offshoot of The Fosters.

Based on Sara Shepard’s book The Perfectionists, the drama was first put into development at Freeform in November 2014 as an unrelated series. After Freeform wrapped Pretty Little Liars after seven seasons, the idea then became to merge The Perfectionists with the world of the flagship — with the latter having been based on a different Shepard book.

PLL: The Perfectionists is set in Beacon Heights, a seemingly perfect town, and revolves around a group of three college friends who struggle with the stress of being overachievers. In the aftermath of the town’s first murder, each Perfectionist hides behind a secret, a lie and an alibi. (Check out first-look photos from the series as well as the first footage, above and below.)

Reprising their roles are Sasha Pieterse, as Alison DiLaurentis, the former queen bee whose mysterious disappearance rocked the small town of Rosewood; and Janel Parrish, as Mona Vanderwaal, Hanna Marin’s best friend who was unmasked as the mysterious tormentor “A” at the end of the show’s second season and ultimately beat uber-villain A.D. at her own game. Sofia Carson, Sydney Park, Eli Brown, Graeme Thomas King, Kelly Rutherford and Hayley Erin round out the cast.

Pretty Little Liars: The Perfectionists is being produced by Alloy Entertainment and Long Lake Media in association with Warner Horizon Scripted Television. PLL showrunner I. Marlene King, who also has Famous in Love at Freeform, penned the pilot and serves as executive producer, reuniting with PLL‘s Charlie Craig, Lisa Cochran-Neilan, Alloy’s Leslie Morgenstein (Pretty Little Liars) and Gina Girolamo (The 100) on the spinoff. Elizabeth Allen Rosenbaum directed the pilot.

The decision to find a way to continue the franchise with PLL: The Perfectionists comes after the flagship became Freeform’s signature hit and ranked as cable’s No. 1 drama among viewers 18-34 and 12-34 during its final season. Connecting The Perfectionists to the Pretty Little Liars brand is a savvy move that will automatically bring in an established audience and help cut through the cluttered landscape. This is the second spinoff to come out of Pretty Little Liars. The first, Ravenswood, was canceled after one season.

PLL: The Perfectionists joins a roster of scripted originals at Freeform that also includes Black-ish spinoff Grown-ish; King’s Famous in Love, Marvel’s Cloak and Dagger, Shadowhunters, Alone Together, The Bold Type, Siren and The Fosters, with the cabler also recently handing out a 13-episode, straight-to-series order for a Fosters spinoff. 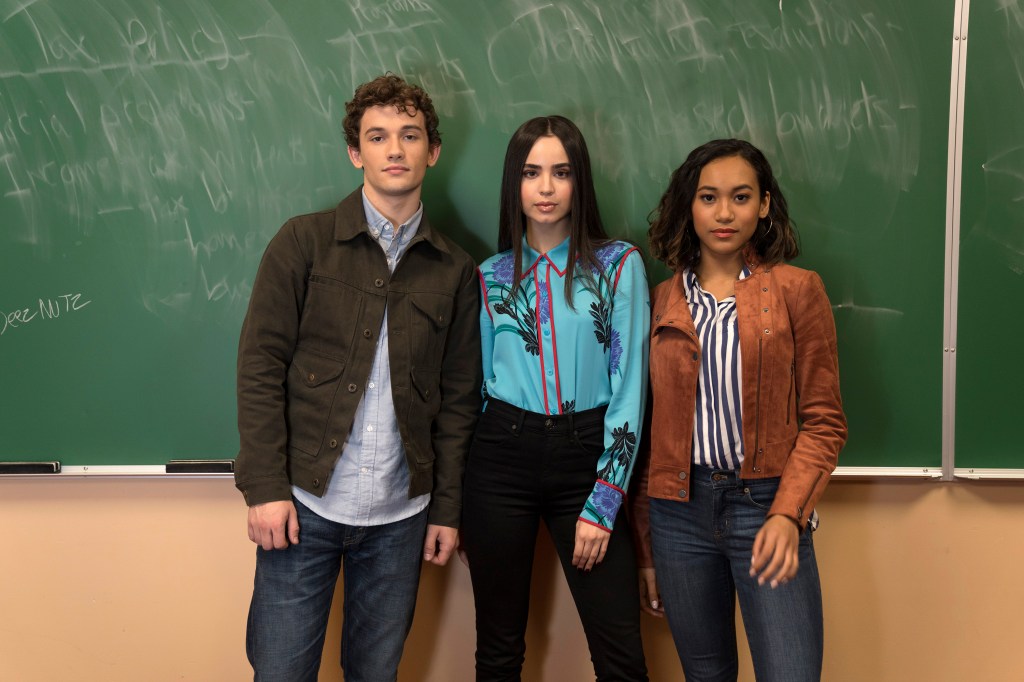