These six simple words were likely on the minds of many a Prison Break viewer after the second episode of the Fox limited series, in which the audience finally spent some quality time with Michael Scofield (Wentworth Miller), mysteriously returned from the dead. Then again, is that Michael, and if so, why is he going under the alias Kaniel Outis?

Whatever the case, the once and future Scofield still has some of his old tricks up his sleeve, including the aforementioned pizza request — dialogue that would play cheesier than this pun in most actors’ hands, but not with Miller behind the line.

“That’s the great fortune a writer has,” Prison Break creator Paul Scheuring tells The Hollywood Reporter about finally getting to write for Miller as Michael again. “I’ve learned over the years that if you don’t have an actor, you don’t have anything. You can think you can will a project into greatness just from your words, but if you don’t have the actor, you just don’t have it. Wentworth is certainly a boon in that sense. So is [Robert] Knepper, who delivers the T-Bag lines so incredibly. You get excited when you have actors like that. You feel you can stretch your legs and take some shots downfield, because I have some real horses in the stable here. I’m mixing up metaphors, but you get the point!”

There’s no harm in confusing metaphors, certainly when the character in question is in a confusing state all on his own. After appearing as little more than a ghost in the premiere, Michael stands front and center throughout the second episode of the Prison Break revival, albeit still under mysterious circumstances. For instance, he holds to the name Kaniel Outis. For another, he’s orchestrating a prison escape with some new allies, including a young companion named Whip (Augustus Prew).

“We learn that they’ve obviously done other breaks together. They’ve been in other jails together,” says executive producer Vaun Wilmott. “We don’t exactly understand why or how. They obviously have a close relationship. They’re clearly a team, versus the other players, who in a very Prison Break way are part of Michael’s web he lays out. By the end of episode two, we realize that Whip is a close compatriot of Michael’s, and has had a real relationship with him over the last seven years we thought Michael was dead. By the end of the episode, we’re really wondering how they got together, and what they’re doing together, and why are they breaking in and out of different prisons? August does a really great job bringing a unique and fresh feel to that character.” 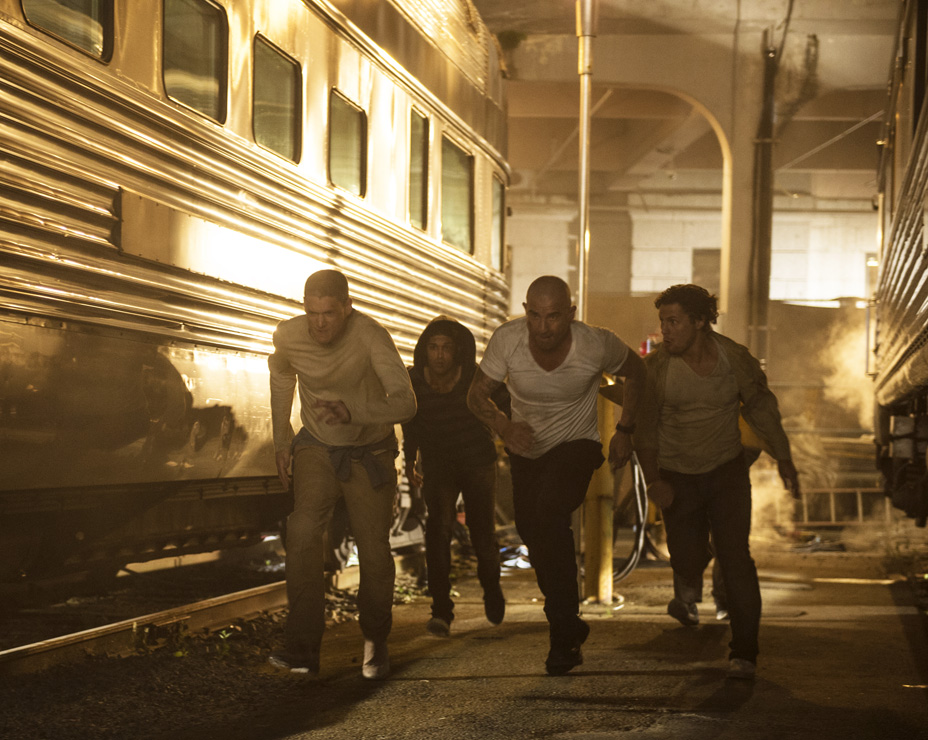 “What’s critical in an escape show, or any escape narrative, is you want the characters to escape,” adds Scheuring, speaking to the new web of characters seen throughout Ogygia prison. “They’re redeemable and have unfinished business that you want them to address. With Michael being an anti-hero and possibly even a villain, then it became apparent to me that we would need people on this new escape team who were very much likable. And so Whip was born. In a lot of ways, he’s the only close relationship Michael has had in the last seven years. He’s younger, and Michael looks after him. He feels a responsibility to this guy. If there’s one single guy in this current construct of his life that he feels responsible for, it’s him. But it also turns out that Michael is manipulating that relationship, and he brought Whip into his life for a reason. It may seem nefarious initially, but ultimately, Whip is in the story for a very specific reason and he’s in Michael’s plan for a very specific reason.”

Also in Michael’s life for a very specific reason: Ogygia inmate and noted terrorist Abu Ramal (Numan Acar), leader of the local ISIL contingent, which has its sights on breaking Ramal free any day now. Wilmott describes the character as “a true believer. He’s one of those guys that justifies all of his abhorrent and evil actions through the prism of his beliefs. In the season, he never doubts or backs away. He’s an unrelentingly hard antagonist.”

And yet, this new Prison Break antagonist has a close relationship with the show’s longtime protagonist, based on an embrace between Michael and Ramal at the end of the episode. The moment is designed to mess with the viewers’ heads, but even more important, it’s meant to deepen the mystery that’s already swirling around Michael’s new existence.

'Prison Break' Producers Explain Everything to Know About the Revival

“It’s part of that original conceit of the series: Michael Scofield is somehow alive, or at least looks like it,” says Scheuring. “How is that possible? Everything we’re seeing here doesn’t fit with the Scofield we know. It’s my hope that this really drives the audience to wonder, ‘What the hell is going on?’ When you can do that, the audience generally comes back, because they want answers. But yes, it certainly looks pretty damning at the end of episode two.”

“It can’t be the same Michael that it was in the first four seasons, for a number of reasons,” he continues, speaking to why the show is thus far keeping Michael’s motives shrouded in secrecy. “First and foremost, the guy’s dead, so something extraordinary must have happened in order for him to be alive. Something extraordinary must have happened psychologically, to be apart from the woman and the family he loves. The idea was to make the man unsettled and uneasy. You can’t put a clear eye on him because he’s mysterious.” 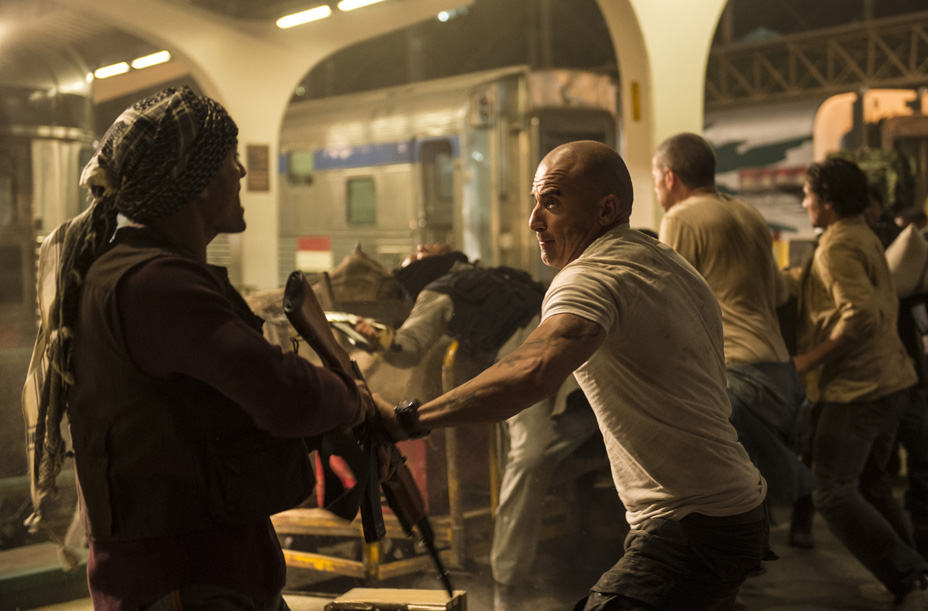 What are your thoughts on the latest Prison Break episode? Let us know in the comments, and click here for more interviews and news about the new season.