Aidan Gillen is a long way from Westeros.

The actor, who played master manipulator Petyr “Littlefinger” Baelish for seven seasons of HBO’s Game of Thrones, is now in the thick of his next series-regular commitment: History’s Project Blue Book, executive produced by Robert Zemeckis, and based on the work of the late ufologist Josef Allen Hynek. The series (premiering Jan. 8) casts Gillen as Hynek, a pioneering member of the UFO community and the founder of the “Close Encounters” classification system. The fruits of Hynek’s work serve as the subject matter for Project Blue Book, which dramatizes the man’s efforts in a fashion designed to draw in fans of The X-Files and other related material.

For Gillen, Project Blue Book presented a few exciting opportunities as an actor, not the least of which was veering far away from the world of the Seven Kingdoms — a fantastical universe to be sure, but one in which he was cast as one of the Emmy-winning drama’s single-most vicious villains. Littlefinger, Hynek is not.

“He’s a family person, a warm person,” Gillen tells The Hollywood Reporter. “I wanted to explore that.”

In researching Hynek, Gillen discovered a man who refused to settle on an accepted answer without asking his own questions first — oftentimes, walking away without answers of his own.

“The first characteristic that became really apparent was his thoughtfulness and intelligence and determination and individuality, and even though he’s not a total outsider and eccentric, he did things his own way,” Gillen says of his research into Hynek’s life. “As a result, he was often maligned by both sides of the UFO argument. He wasn’t single-minded or persuaded by any one argument, and the fact that he was doing that while working within a government agency is quite fascinating. One of the reasons he stayed working in [researching UFOs] was because despite the many misgivings he might have had about the way his research had been treated, he knew that this was where he was going to have access to the material and he couldn’t have been in a better place for someone who was as curious about this phenomenon as he was. And he never really got the answers to [all of his questions].”

“There’s a lot of talk about his journey from being a skeptic to a believer, and I’m not sure if that’s a really accurate description,” he adds. “I think calling him a ‘believer,’ it’s too simple, you know? Plus, I don’t think he held sway with blind faith in anything — or, conversely, blind dismissal. He certainly wasn’t a nonbeliever. He would take what people said to him at face value and investigate it, and he couldn’t always find a logical conclusion. He was a very logical person and his methods were very thorough, and not being able to find answers to everything was something that was a real hook for him and kept him in there and kept him looking.” 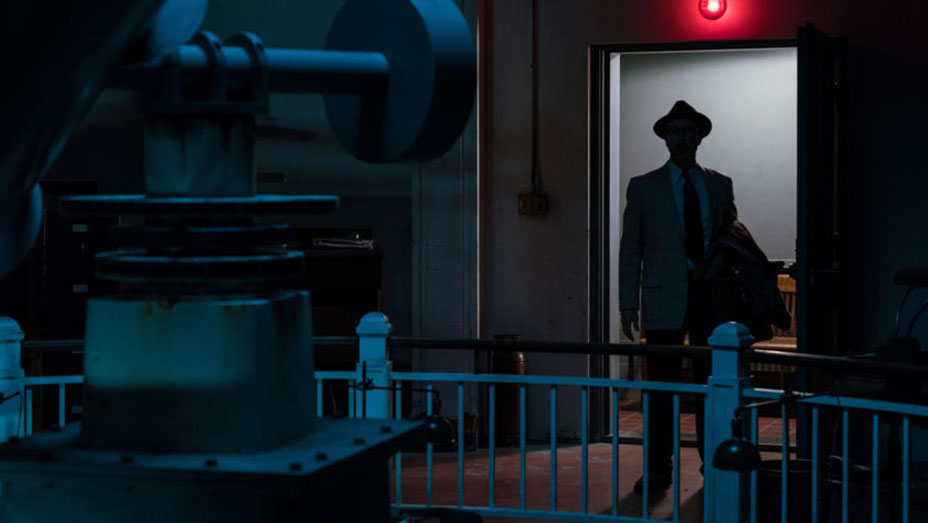 While Hynek himself walked away from his studies as a ufologist without all of the answers he sought, it’s likely that History Channel’s adaptation of his life will provide some considerably more concrete results. The drama, which was shot in Vancouver and counts Michael Malarkey (The CW’s The Vampire Diaries) and Neal McDonough (HBO’s Band of Brothers) among its castmembers, will feature its fair share of creative liberties along the way, even if each episode is grounded in a bedrock of truth.

“All of the scripts are based on real files, things that people came in and reported, some of which was eventually explained and some of which was not,” says Gillen. “In terms of taking liberties, of course there’s always liberties taken with biographical stuff in entertainment. I don’t think anyone really has an issue with that. [Hynek’s] sons Paul and Joel were on board as advisers and one of the first conversations I had with Paul was about taking liberties, what my portrayal would be like, as well as the family. I’m not going to look exactly like him or sound exactly like him. This is not a documentary. Paul and Joe both work in the entertainment industry and in film, and they totally get that. It’s never really been an issue. There are some liberties taken. Of course there are.”

As a series, Project Blue Book is designed to appeal to those who stare up at the sky and walk away with deep questions about the vast universe above — a crowd that very much includes Gillen, according to the actor himself.

“It was something I used to think about quite a lot when I was 12 or 13,” he says, referencing his first encounter with Steven Spielberg’s Close Encounters of the Third Kind. “It was one of the first films I’d seen in the cinema. I think it was the first film I saw in the cinema on my own, which is an event for anyone, but for something as powerful as that? I had seen Star Wars a couple of years before, which was great, but it seemed like a made-up story, whereas Close Encounters seemed much more rooted in our world, fantastical as it was. There was a real family, with Richard Dreyfuss giving that intense performance as a regular working man in the center of it. It was scarier than any horror film that I’d seen up to that point, and more exciting than any kids film I’d seen. It just seemed so real to me.”

How does it seem to Gillen now, decades on from that teenage version of himself, as he moves on from watching Close Encounters of the Third Kind, and instead inhabits the shoes of the man whose work partly inspired the movie?

“I would think that in a galaxy as big as our own, in a potentially infinite universe, that it’s bordering on ridiculous to assume that we’re the only life forms in this vast, possibly infinite universe,” he says, musing on the subject. “I get excited at those lights in the sky, whether they’re space ships or ghosts or comets or something else. What’s attractive and intriguing is not knowing what they are, and not knowing what’s out there.”