On Feb. 25, Peacock drops all 10 episodes of the Punky Brewster revival starring Soleil Moon Frye and Cherie Johnson, reprising their roles 30 years, later alongside Freddie Prinze Jr. and a gaggle of kids.

In a typical scenario, the launch of a high-profile multicam series such as this would include a press blitz with a junket, set visits and invites to sit in the studio audience. With the COVID-19 pandemic raging across Los Angeles, typical scenarios no longer exist. So execs from the publicity and marketing team at UCP — a division of Universal Studio Group — put their heads together with the Peacock publicity team to get creative.

One of the early ideas mimicked Major League Baseball with cardboard cutouts of press members filling the seats inside the studio. However, seating later had to be removed, so the teams pivoted and figured out a way to have press integrated into the show. Approximately 15 cutouts were made featuring members of the press (either solo, with a pet, or even some pets on their own) that were then “invited” to sit on the sofa in Punky’s living room in between stars Frye and Johnson.

Pulling off the creative experiment was a team effort. Reps for the show credited UCP vp production Kelly Kiernan, line producer Chris Robinson and production supervisor Nikki Wood with working the “set visits” into the production schedule as it took three days to complete all the interviews. Following a photoshoot, the cutouts remained on the sofa as executive producer Jim Armogida took on the role of outlet producer by interviewing his two actors using questions that were submitted by the respective journalists in advance. After all was said and done, Frye and Johnson autographed the cutouts and the PR teams placed the cherry on top with an “I Visited the Set of Punky Brewster” sticker on each before they were mailed to press as a keepsake.

Speaking to The Hollywood Reporter (yes, in cutout form, seen below) Frye says the experience proved to be surprisingly intimate. “I have to say this is a very unique experience,” she explains. “I really just feel so grateful that we’ve been able to do our production in a safe way — and to be working during [the pandemic] — and I feel incredibly humbled to be here right now, even in this very surreal way.” Johnson added that it felt “close and comfy.”

Peacock’s Punky Brewster is described as a continuation of the iconic 1980s sitcom that centered on a bright young girl (Frye) raised by a foster dad. The new series finds Punky all grown up as a single mother of three trying to get her life back on track when she meets Izzy, a young girl in the foster system who reminds Punky of her younger self. In addition to Johnson and Prinze Jr., Lauren Lindsey Donzis, Quinn Copeland, Oliver De Los Santos and Noah Cottrell round out the cast.

Slipping back into her famous mismatched sneakers delivered “one of the greatest feelings ever,” says Frye. “Sometimes we feel like this business loves to love, and then sometimes it can build you up and it can break you down. Putting on those sneakers again was this feeling of empowerment and faith and that it had all come full circle in such a beautiful way.” 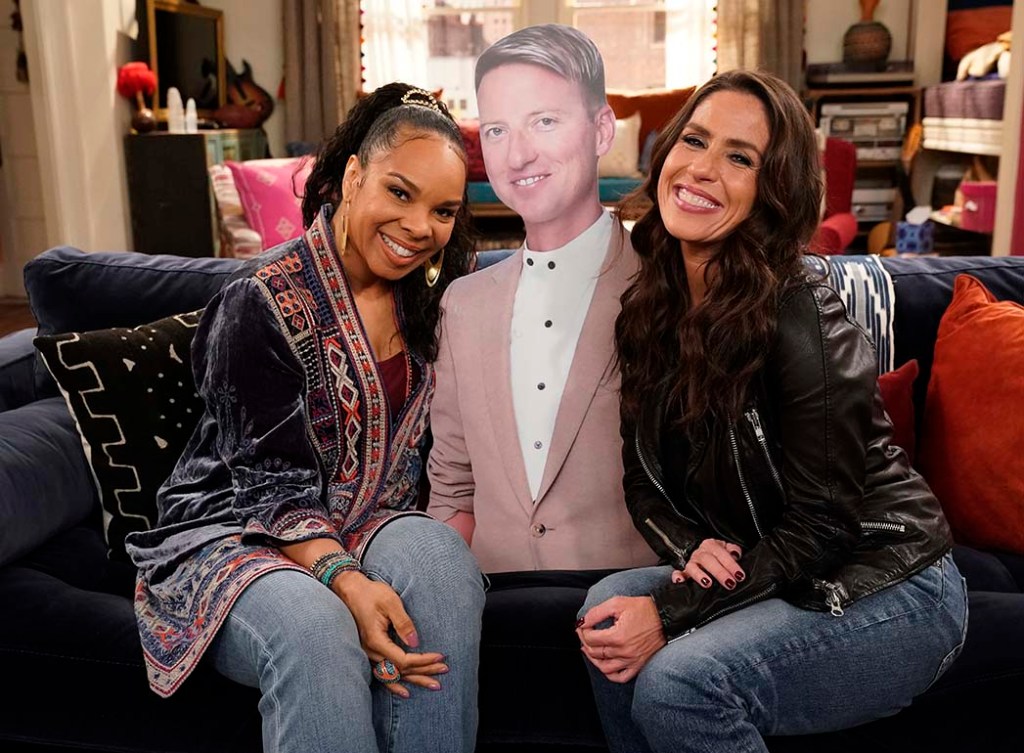 A version of this story first appeared in the Jan. 20 issue of The Hollywood Reporter magazine. Click here to subscribe.