The Puppy Bowl players are getting their own profiles on the dating app Tinder.

The cute canines taking part in Animal Planet’s Puppy Bowl XIV will make their first appearance on the app thanks to a partnership that the network has forged with Tinder and Pledgeling, a platform that connects brands and consumers to their favorite causes around the world.

Tinder users will find puppy dating profiles on the app that will encourage those who swipe right on the Puppy Bowl player to donate to the ASPCA (American Society for the Prevention of Cruelty to Animals) to help shelter pets across the country. The Tinder Puppy Bowl puppy profile card will be available on the Tinder app from Jan. 22-Feb. 4. Fans can also support the ASPCA by texting PUPPY to 707070.

That’s just one of the marketing partnerships that Animal Planet has forged ahead of the Puppy Bowl XIV broadcast, airing at 3 p.m. ET/noon PT on Feb. 4, which is Super Bowl Sunday. Puppy Bowl XIV pits #TeamRuff against #TeamFluff in a competition for the Chew.com “Lombarky” trophy. The two-hour special is aimed at promoting animal adoption, and the puppies are placed into homes following the broadcast.

The other marketing partnerships for the event include: 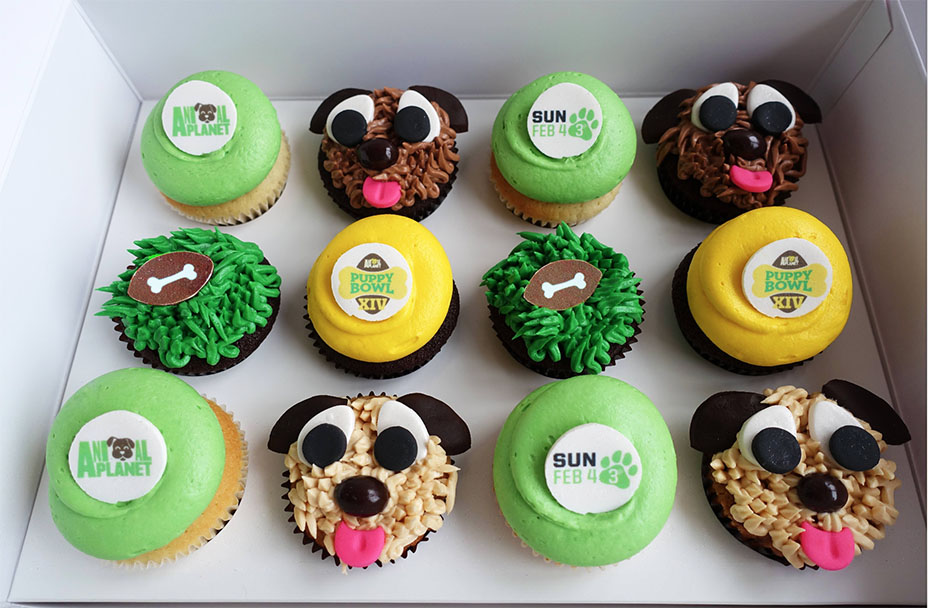 — Animal Planet and Grounds & Hounds have developed a custom Puppy Bowl coffee that blends 100 percent Fair Trade Organic beans from Guatemala and Papua New Guinea. The limited blend release is available at GroundsandHounds.com, with 30 percent of all proceeds donated to help fund the transfer of shelters animals to foster homes. 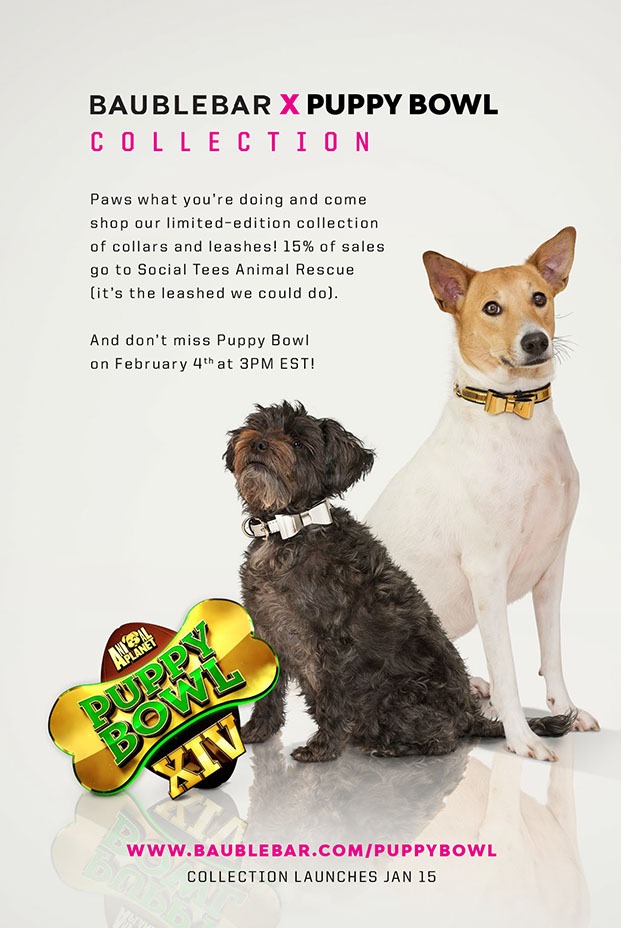 — Southwest customers this month will have access to the Animal Planet Puppy Bowl channel through the on-demand TV series via the Southwest entertainment portal. The channel will offer a countdown to Puppy Bowl with a special pre-game episode, a five-minute “sneak peek” of Animal Planet’s first-ever Puppy Bowl Presents: The Dog Bowl, which airs on Animal Planet at 8 p.m. Feb. 3 and a library of previous Puppy Bowl games on all Wi-Fi-enabled planes. In addition to archived Puppy Bowl content, Southwest will celebrate Puppy Bowl with custom content featuring puppies traveling Puppy Bowl XIV. 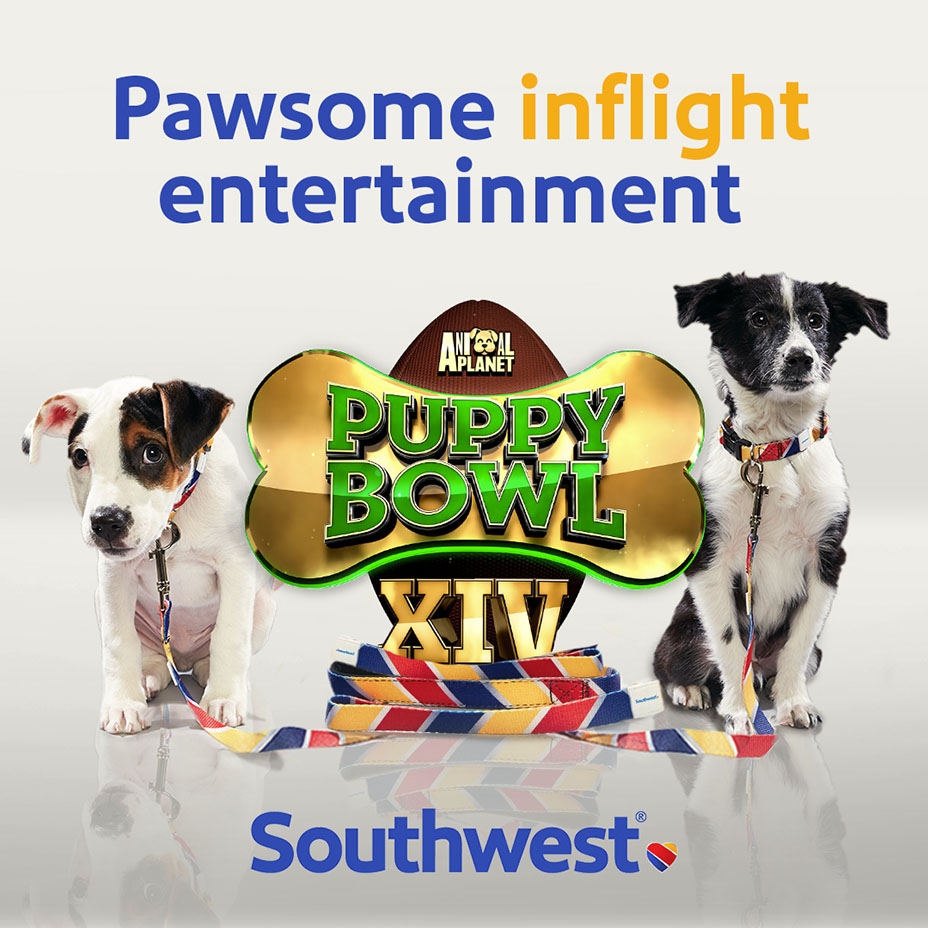 — The network also has teamed up with longtime partner the ASPCA to help shelters across the country celebrate Puppy Bowl season with “tail”-gate themed decorations, parties and adoption specials. In addition, this year’s Kitty Halftime Show features kittens from the ASPCA Adoption Center in New York City.

— Slobbr, an app that connects dog people with dog-friendly places, is featuring a special sweepstakes to encourage app users to create Instagram and Facebook posts that will help support Slobbr’s Kibble Donation program feed dogs and registers app users in a contest to win giveaways as well as the opportunity to have their pet’s picture appear on the Slobbr landing page for one month. 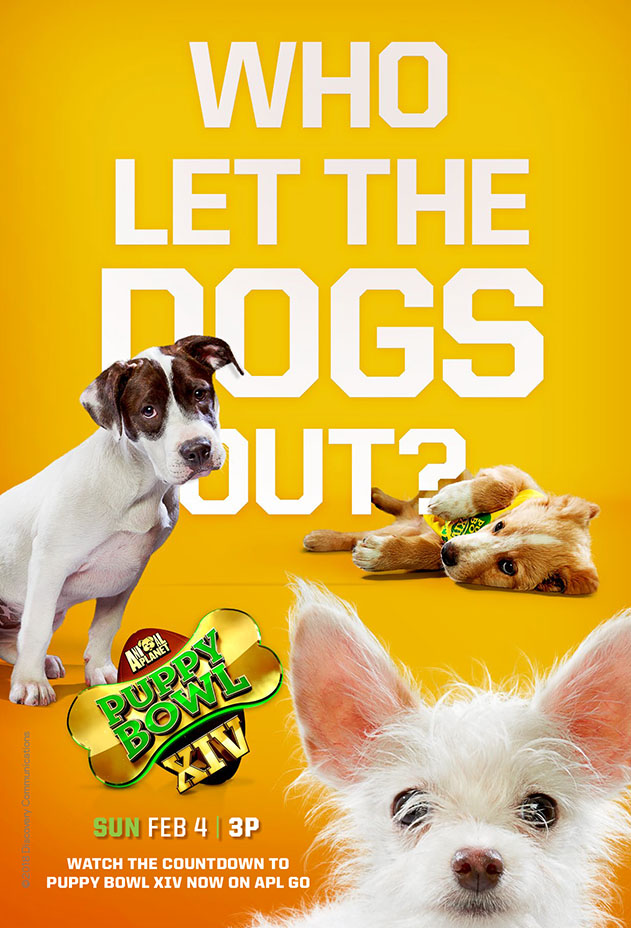