Shortform streamer Quibi has set its initial lineup of shows for its April 6 launch — and it’s a long list.

The mobile-centric platform will debut with 50 shows, tilted heavily toward unscripted content and what it calls “Daily Essentials” — short news and sports programs, talk shows and advice shows. It has four scripted shows — or “Movies in Chapters,” as each will have a total run time roughly equivalent to a feature film, with episodes running under 10 minutes apiece.

Founded by Jeffrey Katzenberg, Quibi plans to launch 175 shows and 8,500 separate pieces of content during its first year. That works out to about three hours of content per day. Users will pay $5 per month for a version of the service with advertising or $8 monthly for an ad-free version. Quibi is offering a 90-day free trial to users who sign up before launch.

The company has raised $1.75 billion in funding to date. Users will be able to watch Quibi programming in either portrait or landscape mode on their phones, with a technology called Turnstyle enabling seamless transitions if a user turns their phone from horizontal to vertical or vice versa.

Below are the 50 shows Quibi will have available when it debuts. 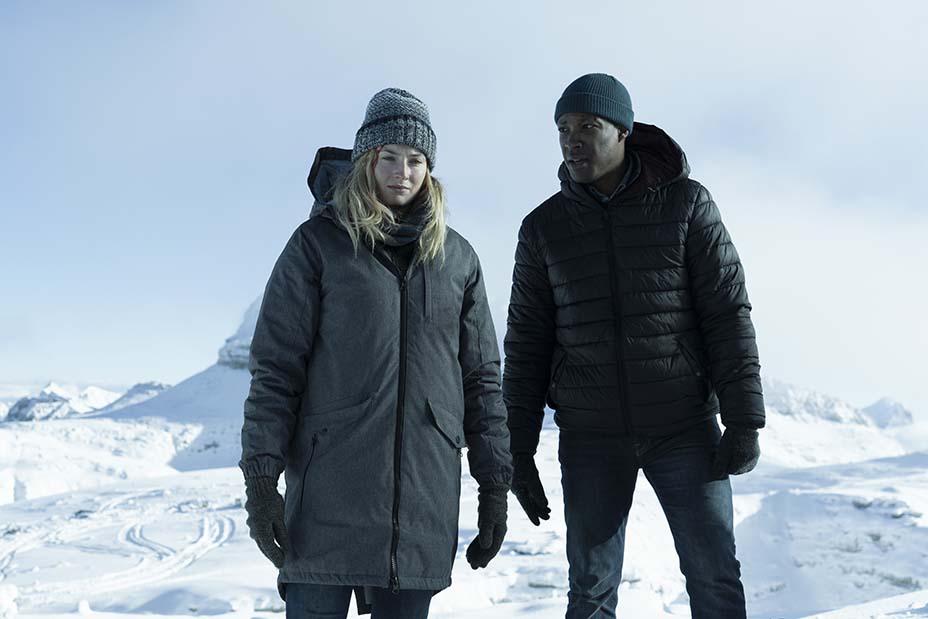 Survive | Sophie Turner (Game of Thrones) and Corey Hawkins (24: Legacy) play the only two survivors of a plane crash who must make their way out of a remote wilderness.

Most Dangerous Game | Liam Hemsworth plays a terminally ill man who, in order to provide for his pregnant wife (Sarah Gadon) after he dies, enters a deadly game where he is not the hunter, but the prey. Christoph Waltz also stars.

Flipped | Will Forte and Kaitlin Olson star as would-be TV house flippers who inadvertently come across a stash of drug cartel money. To pay it back, they have to renovate the cartel boss’ (Andy Garcia) mansion.

When the Streetlights Go On | The sister and friends of a teenage murder victim try to find a sense of normalcy while coming of age amid the homicide investigation.

Thanks a Million | Celebrities surprise people who have influenced them by giving them $100,000 — which they must then pay forward. Jennifer Lopez executive produces and will be featured in an episode. 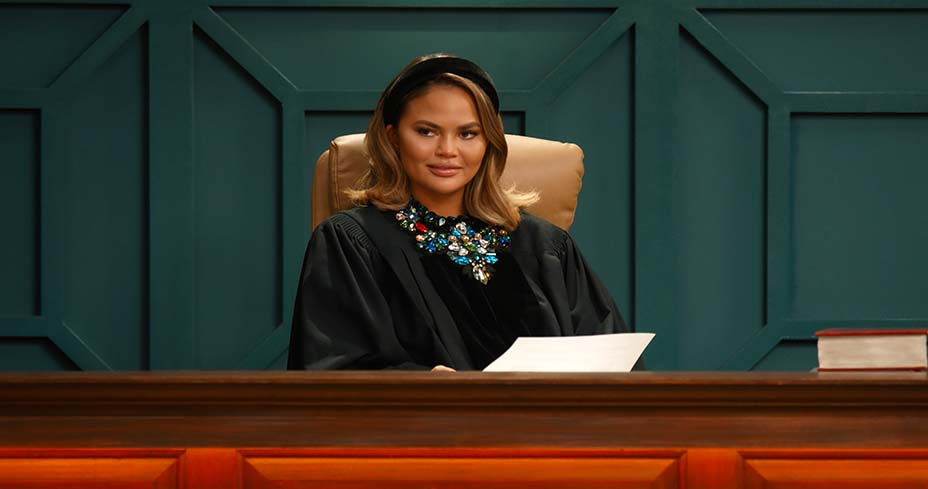 Chrissy’s Court | Chrissy Teigen presides over small-claims cases in this courtroom show, with her mother, Pepper Thai, as bailiff.

Punk’d | A new version of the MTV celebrity-prank show hosted by Chance the Rapper.

Murder House Flip | A home-renovation show with a twist: The feature houses were all the sites of mysterious murders. Mikel Welch and Joelle Uyzel host.

Skrrt With Offset | The rapper and auto enthusiast delves into all things cars with celebrity friends.

The Sauce | YouTubers Ayo & Teo explore dance cultures and set up head-to-head battles in cities across the U.S. Usher is an executive producer and judge.

Nikki Fre$h | Nicole Richie stars as her hip-hop alter ego and interacts with real-life wellness practitioners to learn ways to better serve our bodies and the planet — while taking those ideas to comedic extremes.

&Music | A docuseries that spotlights the vital behind-the-scenes collaborators who work with some of music’s biggest stars.

Elba vs. Block | Idris Elba and rally driver Ken Block challenge one another to a series of over-the-top driving stunts. 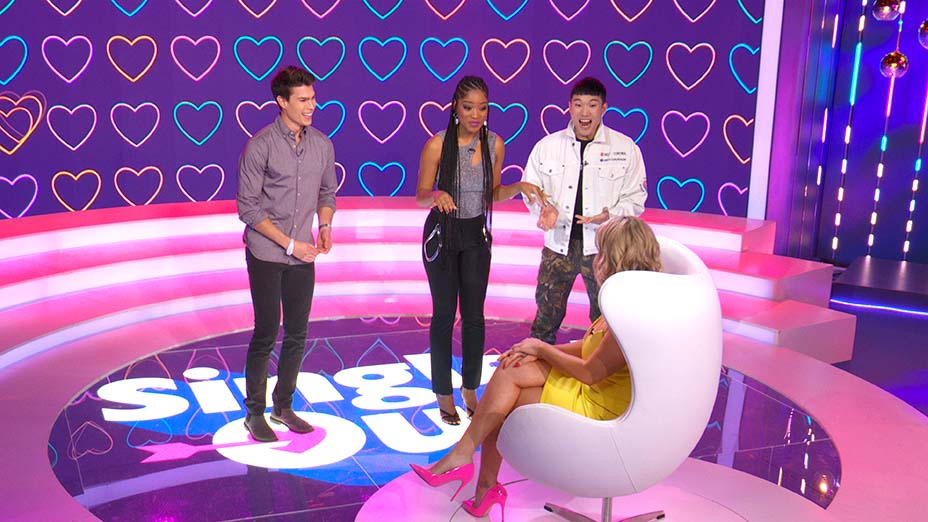 Gayme Show! | A comedic competition show, hosted by comics Matt Rogers and Dave Mizzoni, that uplifts and celebrates the LGBTQ+ community and its allies.

Dishmantled | A cooking competition in which chefs have to reconstruct a dish — after said dish is cannon-blasted into their blindfolded faces. Tituss Burgess hosts.

You Ain’t Got These | A show about sneaker culture featuring Lena Waithe (who also exec produces), Billie Jean King, Questlove and Carmelo Anthony, among others.

Fierce Queens | Reese Witherspoon narrates a nature series about the fabulous females of the animal kingdom.

Run This City | Mark Wahlberg is an exec producer of this doc about Jasiel Correia II, who is elected the youngest mayor of Fall River, Massachusetts, and is later arrested on fraud charges.

Shape of Pasta | Chef Evan Funke travels through Italy in search of the last remaining masters of the art of pasta-making.

Last Night’s Late Night | A daily recap of the highlights from the previous evening’s late-night shows. From Entertainment Weekly and hosted by Heather Gardner.

The Daily Chill | A show that aims to take viewers on a pathway to calmness, combining guided meditation and awe-inspiring visuals. 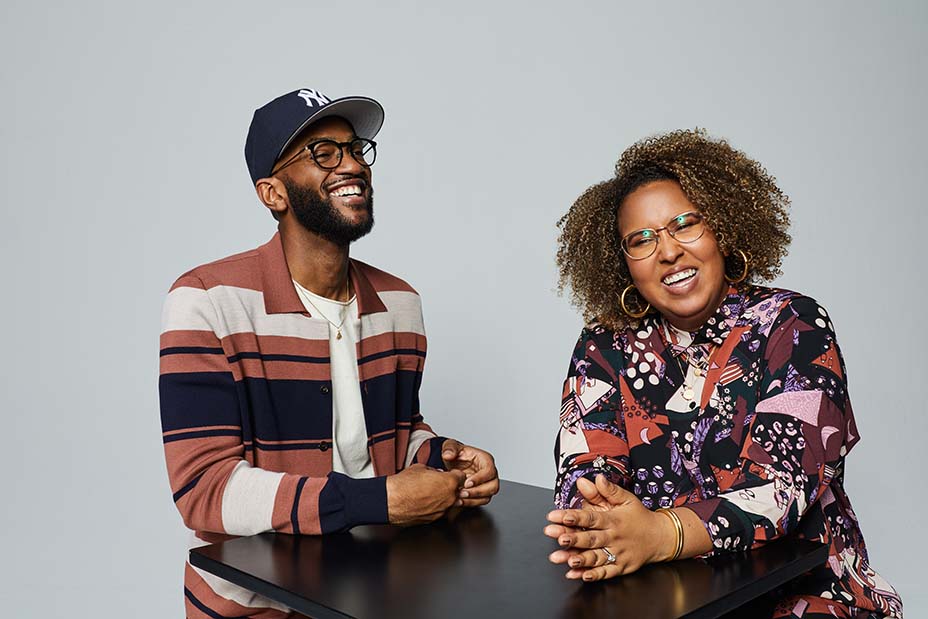 The Nod With Brittany & Eric | A daily version of the popular black culture podcast hosted by Brittany Luse and Eric Eddings.

Fashion’s a Drag | Willam Belli (RuPaul’s Drag Race), model Denise Bidot and a rotating panel of drag queens break down the fashion news of the day.

60 in 6 | A shortened version of CBS News’ 60 Minutes, with dedicated correspondents tackling one story a week, ranging from politics to pop culture.

Around the World by BBC News | A daily look at the most important and illuminating international stories.

For the Cultura by Telemundo | Celebrating Latinx pop culture.

Weather Today by the Weather Channel

The Replay by ESPN | News and analysis of the biggest stories in sports.

All the Feels by the Dodo | Feel-good animal stories delivered each day.

Close Up by E! News | Daily rundown of celebrity and pop culture news.

Fresh Daily by Rotten Tomatoes | Recommendations for the best in TV, movies and streaming.

No Filter by TMZ | Twice-daily content from inside the TMZ newsroom.

Speedrun by Polygon | A hyperfast injection of news for gaming and gaming-adjacent viewers, plus expert analysis and recommendations.

Pop5 | Everything worth talking about in popular music.

Hot Off the Mic | Comedians offer their takes on the news of the day, taped at comedy clubs across the country.

Quibi: All the Programming (So Far) Set for Jeffrey Katzenberg's Shortform Streaming Platform

‘The Bachelor’ Finds Its Star Among Upcoming ‘Bachelorette’ Contestants