It may seem hard to get lost when life is mapped out for you. There was an expectation that, because I was born into Hollywood “royalty,” my path was paved. Of course I would become an actor or a producer, as they say in showbiz, “It is written…” This made finding myself, my happiness, and what would eventually become my success, extremely complicated.

Growing up, it didn’t feel that there was life outside of Hollywood. Much of our family’s socializing growing up — whether it was holiday parties, dinners out or special occasions — revolved around the industry. Since my sister was an actress from an early age, I didn’t aspire to be an actor straight out of the gate. For a brief period, I wanted to be a doctor because I had spent so much time at hospitals and in the doctor’s office. (I was born two and a half months premature so I was often sick with pneumonia and other illnesses.) Later, I was convinced that I wanted to be behind the scenes just like my father. I was first introduced to acting when I was given a small role on Beverly Hills 90210 at 13 years old. I played a cabana boy and my first line was, “Do you want me to go get Henry?” I had to say that 40 different times! It felt so laborious and boring. When I got home from set, I told my dad that I wanted to be a regular kid and hang out with my friends.

That changed a few years later, when I was 15 or 16. We were on a family trip to Las Vegas, walking through the Forum Shops at Caesars Palace. Mobs of people surrounded my father and my sister. It was a real fan frenzy, and security eventually had to step in, but what I witnessed was a type of connection that was happening between strangers and my family — people they only knew from TV. The insecure part of me — the part that didn’t feel very big or important — latched on to that. Maybe if I were famous, I could connect to people and I would feel better about myself. That was the moment that kickstarted my acting career.

I loved being on set. It felt creative and I loved the camaraderie on set of everyone working toward a common goal. I was bored in high school; social politics and popularity tiers never interested me. I loved being on set with adults having adult conversations. I acted from about 16 until I was 22. I took a brief break to run an indie record label for a few years. I thought I could make a difference in the world by putting out positive music. An underlying driving force was I was still searching for purpose, success and to feel important. Maybe running a company with my own office, sitting behind a desk and having employees would help somehow. I remember sitting in a chair and putting my feet up, thinking that this is what my father must feel like. It felt good, for a few weeks, but as the days went on, the happiness and purposeful feeling I longed for never showed up. I felt empty.

When I hit the goals I was striving for, they didn’t hold the treasure I thought they would. I’ve since learned that If you place too much value on something external, it almost makes it worse when you actually achieve it and it doesn’t bring all that you had hoped it would. Misaligned success is disappointing. It didn’t help that I was falling deeper into addictions to alcohol, drugs and drama. It started when I was 21 and continued for years, all the way until my father passed away in 2006. I was killing myself and I should’ve died 15 times. I know people say that a lot and the stories become trite, but saw my fair share of paramedics and hospitals. My heart stopped more than once. I got lucky.

But the turning point for me did not happen in a hospital.

Around the time of my father’s death in June 2006, I was filming a reality show despite the fact that I’ve always been a private person. The show, filmed with two other castmembers, traded on our last names — something I fought hard my whole life to never do. It felt as inauthentic to my core as it could get. I remember one scene where these Lotus sports cars showed up and we got in them and drove away. This was not my everyday life, and here I am, playing up how I am a wealthy kid, driving these fancy sports cars and moving into this mansion in the hills to live for the summer with these two other guys. My dad had just died, and I was still on camera running out to nightclubs and partying. All I really wanted to do was lock myself in a room, lick my wounds and cry. Late into the night — it was 2 or 3 in the morning — I sat on my bedroom floor and called out to anyone who could hear me, including my father. I said, “Pops, if you can hear me, help me. If this is what my life is meant to be, I don’t want to live anymore.” 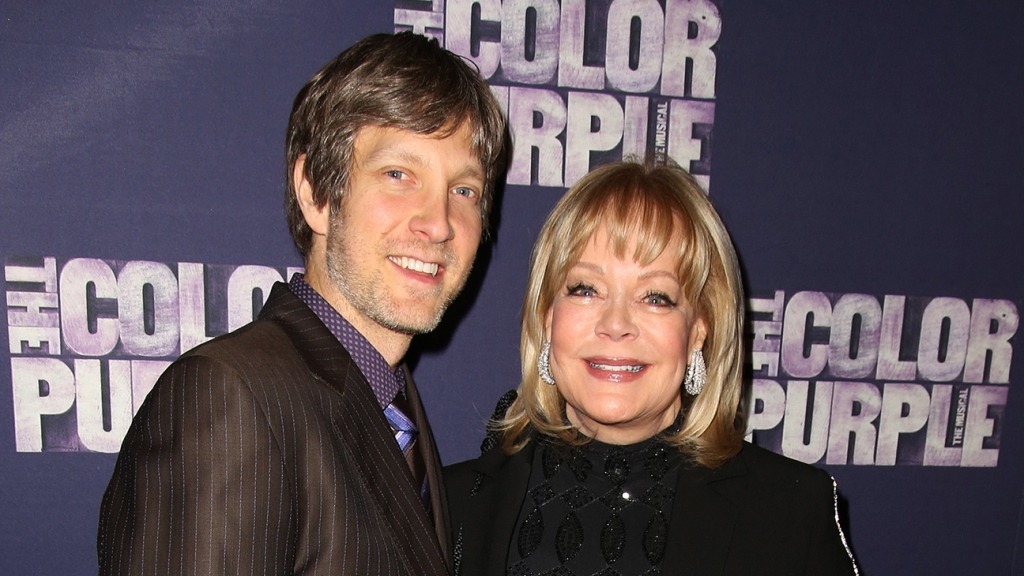 Deep in my heart, I felt that I was here for something more, a deeper purpose. I felt that in my bones. After that night, everything started to change. I removed the drinking and drugs, which was really a grand distraction, and then I got a chance to do some incredible transformational work.

I had to reverse-engineer my life. Most people work and work and work to make more and have more. I was born with the “more.” That wasn’t enough to live a fulfilling life. Until age 25, I never worried about money, yet my inner landscape felt bare. I had to search for what really made me happy. I had been in therapy, but it only went so far because I was still in the throes of addiction. Once I removed the alcohol and drugs, I could delve into the stuff from my past that I needed to work on. I got into meditation. I became an avid reader on psychology and personal development. I then signed up for a two-year life coach training program in 2007. It was not yet a popular business but it proved to be my higher calling.

I started working with other people, and as I helped them change, I changed. I’ve worked with people in Hollywood and out of Hollywood, in Europe and other countries and people from various economic backgrounds. Fundamentally, we all want the same things. What makes for a fulfilled life, no matter who you are, is very similar: feeling purposeful. People also thrive with real connection. Connection to people around you, connection to yourself and connection to something greater. Happiness is transient. It comes and goes. Fulfillment is lasting, and it comes from the inside out.

Something I am really proud of is that I started my life and business coaching company from scratch. I taught myself business, and then I started teaching people and entrepreneurs how to help grow their businesses, while learning how to maintain balance for a happier life. This was not given to me. I never totally felt comfortable with acting because some of my roles were given to me. I felt like a fraud that I didn’t do it myself. I don’t feel like that anymore.

Moving away from Los Angeles was a big step for me. I wanted to stay on the West Coast, and I wanted to live in a place where I could find myself and carve out a new life. Portland checked a lot of the boxes. My girlfriend (who is now my wife) and I visited Portland and fell in love. All I had ever known before Portland was living in a town dominated by the entertainment industry. It’s refreshing to live in a city where not everyone is trying to be famous. I love Los Angeles and I have a lot of clients there, but now I’m exposed to other ways of living. There are no billboards here for TV shows or movies. I always get a kick out of the quintessential L.A. corner of Santa Monica Boulevard and Sepulveda, where there are two Bijan billboards right next to each other.

I went through years of struggling and agonizing over the fact that I was not making enough money to support my family in the way that I needed. It was bothering me to no end, and was a real source of pain. But I kept going. I stuck it out and kept honing my skills and it finally paid off. I worked my ass off to get here. It was so frustrating when people would assume I never had to work for a living. However, if those assumptions are still made, I don’t have to defend myself anymore. If people think I don’t have to work a day in my life, that’s fine. It doesn’t change the way I live my life.

Someone forwarded me this website recently called CelebrityNetWorth.com. It says that I’m worth $10 million. I know some great vacations I would take if it were true! I do believe money is important. That is our current currency. But it’s not the money itself; it’s the value that we place on the money and what we do with it that brings fulfillment — or not.

For me, I had to answer a lot of questions to get to this place of peace. Here’s a tip: Look at your life right now. If this is the best your life could be, would you be happy with that? Would you be able to say that you have lived the way that you’ve always wanted?

As fast-paced as everything is in life right now, we still have the tendency to wait. We wait to live. We wait for happiness. We think it will come later. I found mine and I feel the same can happen for everyone. Don’t wait. Your true north is finding how you want to live your life right now and then doing it.

Randy Spelling is a life coach, business strategist and the author of “Unlimiting You: Step Out of Your Past and Into Your Purpose.” More information on his company can be found at RandySpelling.com.