Who did nonfiction and unscripted producers like working with in 2017? Showtime, CBS and A&E, it appears.

The 2018 poll of reality production companies, conducted by the recently joined Nonfiction Producers Association and PactUS (NPACT), offers insights into who rates highest — and over an expanded playing field. The latest poll now includes streaming outfits and broadcast networks. Showtime tops the list of “best networks to deal with overall,” while MTV languishes in the bottom with Viacom siblings VH1 and BET and Amazon.

Of the streaming players, newcomer Apple tops all programmers (across the board) in the pitch process. Initial meetings with the latest player in originals seem to be going well. Netflix, meanwhile, ties as the most-respected network alongside A&E and ID.

“This latest survey offers detailed, comprehensive information about producers’ perceptions of networks and OTT services amidst a climate of unprecedented change,” said NPACT general manager John Ford. “From pitch to postproduction, a broad swath of producers — large and small — rates the vital production process; NPACT’s goal is to improve that creative process however we can, and our surveys aim to do just that.”

A total of 48 companies, seven more than in 2017, rated 46 different outlets on a set of 11 criteria. Each participant ranked each platform on a scale of 1 to 10, with the latter being the best. Categories of judgment included the notes process, development, finances, scheduling and promotional support and executive understanding.

Some of the feedback from the first survey appears to be registering. Oxygen, which trailed fellow cable networks in the first round of favorability scores, climbed to the middle of the pack and was deemed most-improved for the past calendar year. (The fact that the year saw the NBCUniversal-owned channel rebrand as a crime-focused network probably didn’t hurt, either.)

See the top outlets in various superlatives below, as well as complete rankings on overall workability and industry respect. 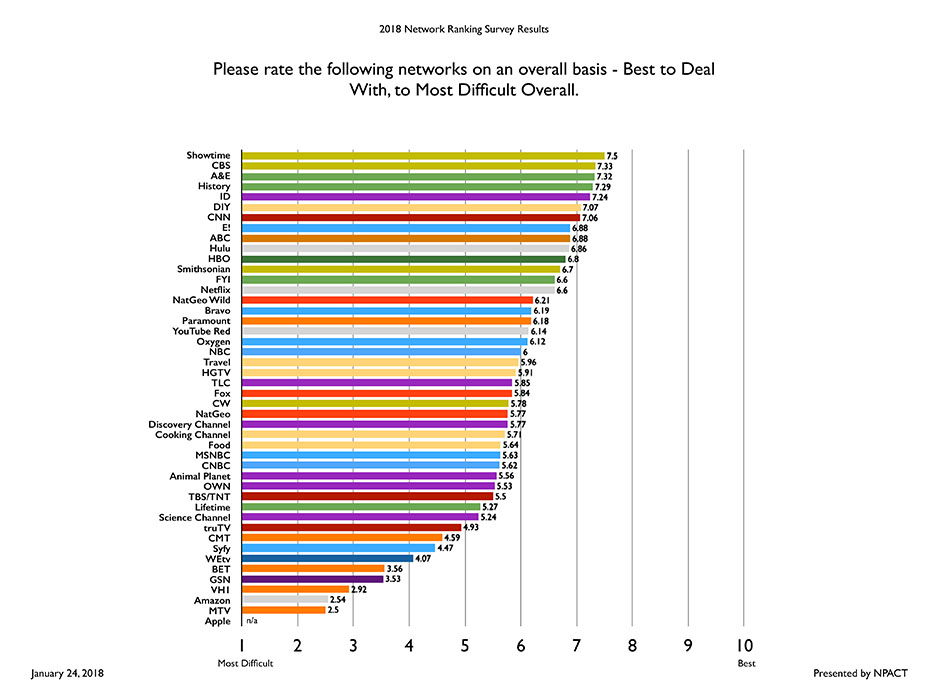 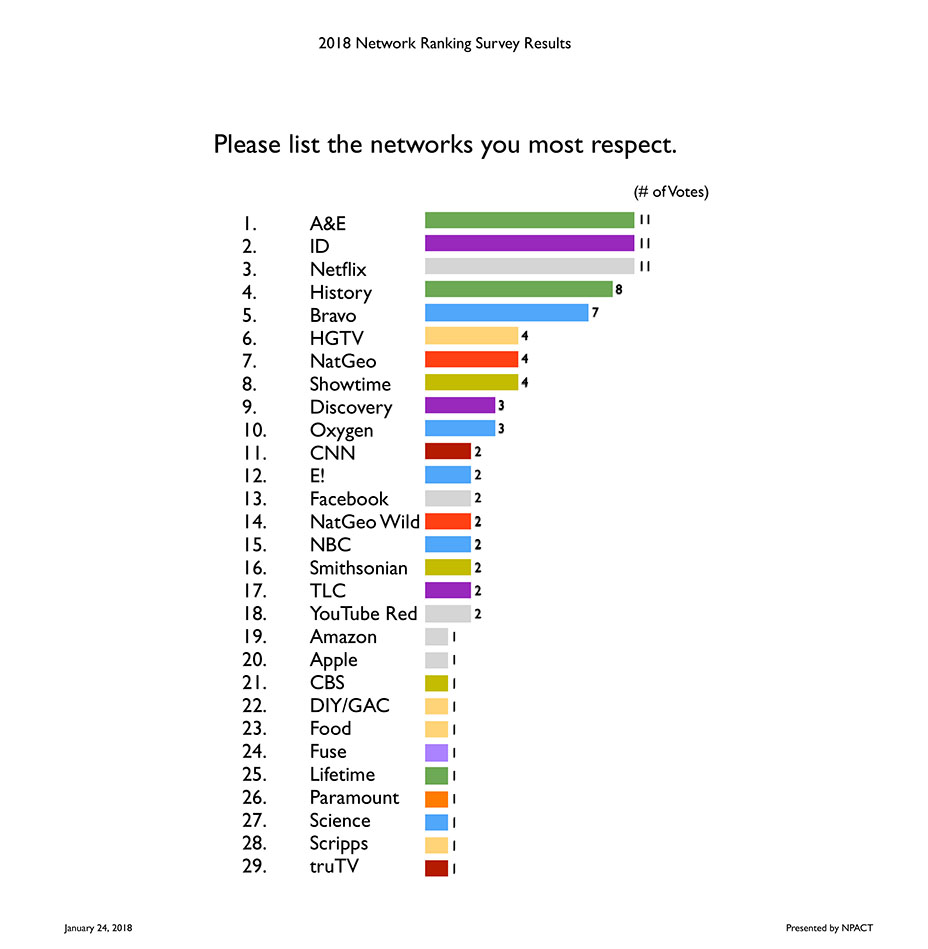