These are just a few of the iconic highlights from almost three decades in the U.K. of Red Nose Day, the charity event set up by Four Weddings and a Funeral director Richard Curtis in 1985. Twenty-nine years on and the event has solidly established itself in the calendar and public psyche; a cultural phenomenon that blends comedy, campaigning and funny red noses, and culminates in seven hours of BBC television one Friday night in March to raise millions to fight global poverty.

Across the Atlantic, however, the U.S. version of Red Nose Day hasn’t got quite the heritage. Established in 2015, and aimed at tackling child poverty at home, the event is celebrating its third edition this Thursday with three hours of special shows on NBC. But while it’s just a toddler in comparison to its British cousin, the lessons learned in the U.K. have given it a sizeable leg up, while helping it craft something ever-so-slightly different for the American audience.

As Curtis tells THR: “We’ve learned that we’ve got lots of ingredients to play with, but we can bake a slightly different dish with them.”

Among the most popular ingredients to have been successfully utilized in the U.K. is the taking of popular TV shows and giving them a comedic and sometimes celebrity-infused spin for a special sketch. And indeed, for this year’s U.S. version, Curtis’ “slightly different dish” involves giving these shows a much bigger presence on the night, something he says is “completely new” for Red Nose Day.

Kicking off the festivities in the U.S. this year is a full, hourlong celebrity special of American Ninja Warrior, set to feature a mix of faces from TV, sports and broadcast news (and the first time the show has done such a spinoff).

“The producers of American Ninja Warrior had had a desire to do a celebrity version for some time,” explains Janet Scardino, the CEO of Comic Relief Inc., which looks after Red Nose Day. “So it was a good fit.” 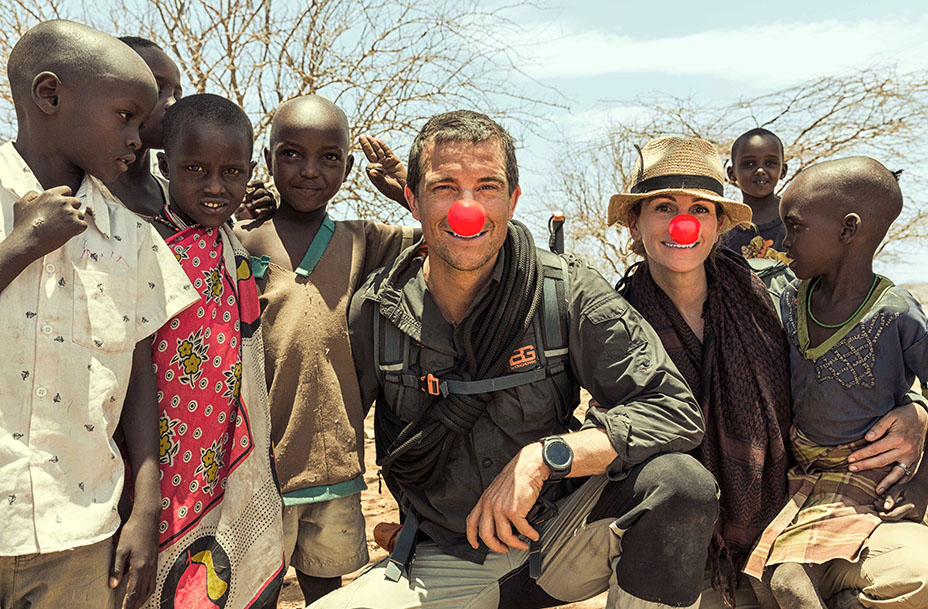 Having launched in the U.K. long before the glut of broadcasters landed (or “when there were three TV stations and two were in black and white,” laughs Curtis), the original Red Nose Day, despite being very much BBC programming, has been able to forge close cooperative ties with the other networks as the TV landscape developed. This enabled it to use Big Brother (when it was a Channel 4 show) and, more recently, ITV’s pride and joy Downton Abbey (for a much-loved spoof starring Kim Cattrall, Joanna Lumley and Jennifer Saunders).

With more competitive networks, such collaborations are likely to be more difficult in the U.S., admits Curtis. “I actually hoped that it would be easier to get IP and programs from all channels, but at the moment it’s that we’re working with NBC, and they’ve got a wonderful roster of shows for us to look at,” he says.

Another NBC show being poached for this year’s Red Nose Day is Running Wild With Bear Grylls, with the second full hour seeing the British survivalist heading to Kenya with Julia Roberts, delivering vaccines to a remote village.

But for the third and final hour of the broadcasted festivities, the style will harken back to that of the U.K. edition, mixing comedy and appeals (about a 75/25 split, according to Curtis) in a show hosted by Chris Hardwick.

“You try to sweeten the pill all the way through,” he says. “It’s a mixture of music and a huge range of comedies — it’s all based on lessons learned over the years.”

One discovery Curtis made in America is the unlikely benefit of the commercial break, which doesn’t appear on the publicly funded BBC.

“They’ve actually very good places for people to make donations,” he says. “One of the problems in the U.K. is that you show a very passionate appeal film and then go straight on to comedy. But in fact if you show an appeal film and then there’s a three-minute commercial break, people are more likely to give then.”

Undoubtedly the cherry on the very top of this year’s Red Nose Day events — in both the U.K. and U.S. — is Red Nose Day Actually, a return to the characters of Curtis’ 2003 comedy sensation Love Actually a decade and a half on.

Scardino says she was shocked by the reaction when the first whispers of the reunion were heard. “I knew it was a British cultural phenomenon, but I didn’t know if we expected the excitement from Americans,” she says. “But the amount of OMGs I got from people. It took us all by surprise.” 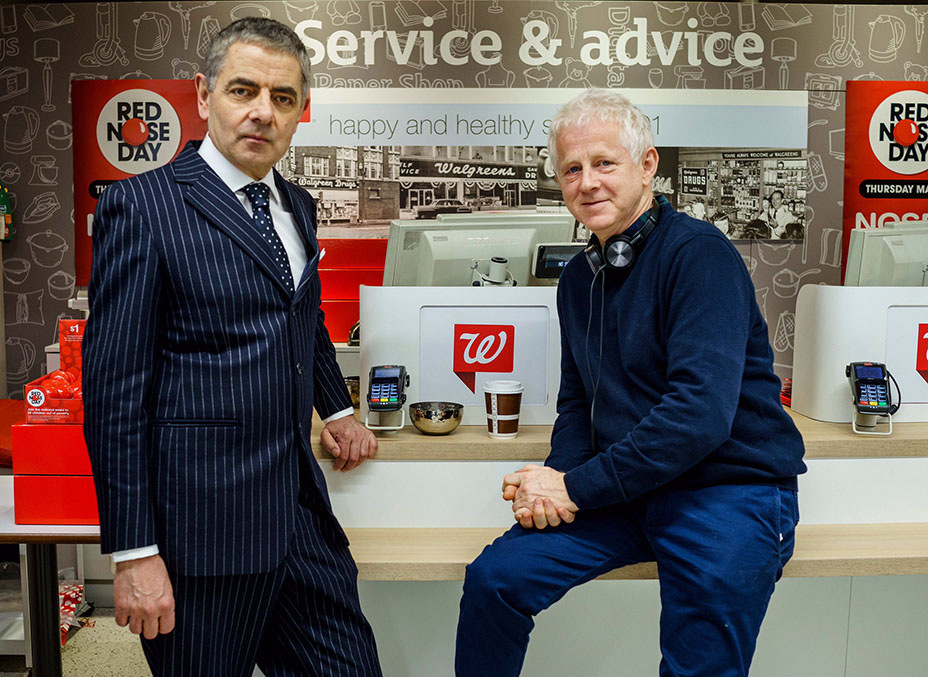 While Brits got to watch the short in March, American fans have had to hold on an excruciating extra two months. But, by a stroke of luck — “a mixture of chance and choice,” says Curtis — the U.S. version features a few never-before-seen elements.

“It was hard to get Laura Linney because she was rehearsing for a show on Broadway, and then when I said to the people in America that I didn’t think I was going to happen they said, ‘Why don’t we do Laura especially for us,’” he says. “We’re delighted to revealed what’s happened to her.”

Returning to Love Actually has actually given Curtis an idea that could see similar such film reunions heading to future Red Nose Days.

“It’s a slightly new format for us, so I might be chatting to friends in America asking whether they got films they don’t want to do a sequel to but might like a revisit,” he says, while refusing to hint at which ones he’s been considering. “It gives me another string to the bow.”

With its American fanbase, Love Actually has clearly offered Red Nose Day’s U.S. edition a significant promotional boost. But while it’ll take some time to reach the pinnacle of its British counterpart — and NBC will need to stump up a few more hours of TV to ever match the size and scale — organizers have high hopes.

“We would obviously be thrilled to emulate the U.K,. it’s the sort of crystal ball for how we run it here,” says Scardino. “Our aspiration for Red Nose Day is, much like the U.K., for it to be a national holiday, something that you can’t miss.”