About seven years back, Reese Witherspoon’s agent brought her a script to consider. It had a starring role for an actress, but Witherspoon knew pretty quickly that it wasn’t the right part for her.

“Well, I’m not going to do this piece of crap movie. This is terrible. It’s misogynistic” was her reaction, she recalled from the stage during the Adobe Summit in Las Vegas last week. Her agent told her that every actress in town was after the role. “If every actress in Hollywood wants this part, I’ve got to do something about this. This is not good enough for me, and it’s not good enough for my colleagues, either,” she replied.

Witherspoon didn’t have a production company at the time, but the experience inspired her to launch her now-prolific Hello Sunshine, a banner that she described as “disruptive.” It’s a word that was used many times during the Adobe Summit, held March 26-28, which hosted 16,000 people and served to connect entrepreneurs, content creators and more through seminars, panels and networking events. Keynote speakers included Microsoft CEO Satya Nadella, New Orleans Saints quarterback Drew Brees and actress-producer Mindy Kaling.

“Why am I going to go to studios who don’t make movies for women who, literally, if I bring them a script, would say, ‘We already have one movie in production with a woman at the center. We don’t want to have two this year,'” Witherspoon continued. “And I was like, ‘I don’t want their money.’ So I self-funded for five years, and it created the autonomy I needed to be disruptive.”

Her production company has produced features like Gone Girl and Wild and HBO’s acclaimed series Big Little Lies. But her self-starting nature exists in many different ways. At the summit, Witherspoon mentioned how her fight for inclusivity occurs both inside and out of the industry. For example, channeling her iconic Legally Blonde character Elle Woods to launch her clothing line Draper James. “You have to wake up every day and think, ‘How can I do this for myself?'” she said. “And I thought: Well, hold on. I know how to market. I love fashion. I’ve been making clothes for different characters for 25 years. I’m actually a woman who actually has to wear the clothes. Why don’t I do it myself?”

Witherspoon also credits social media and streaming for furthering inclusivity, noting how fan engagement has helped inform her as an actor and producer. “Being an actor in movies for 25 years before I ever started on social media, I would have this kind of silo-ed off experience with audiences. I never got to engage. I never got to hear their response. I never heard if they liked it or they didn’t,” she said. “And I think it’s been incredible for me to actually hear from fans and be able to interact. It’s really expanded my idea of storytelling and the ability to reach a larger, more specific audience.” 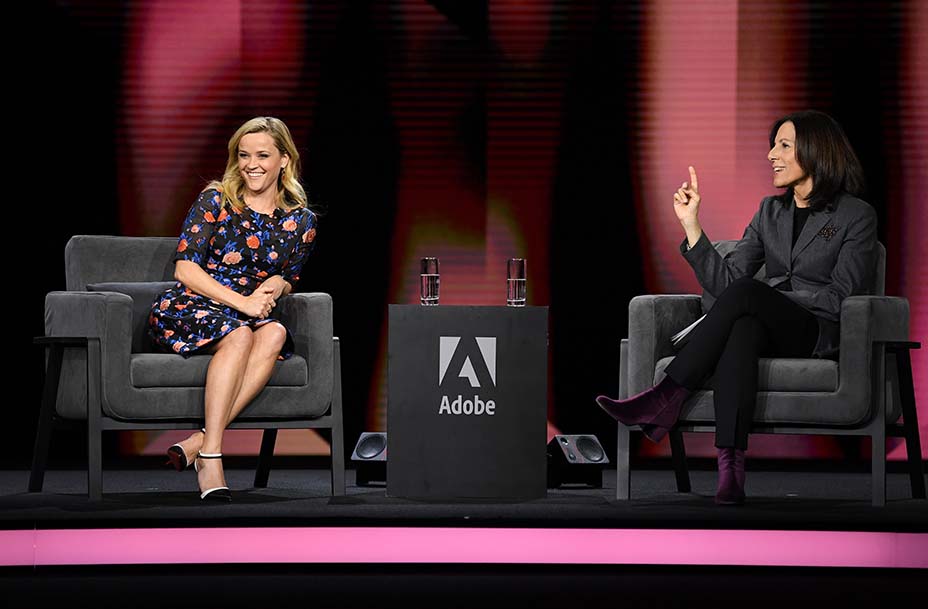 How 'Big Little Lies' Season 2 Came Together: "There Was Enormous Demand"

The Grove Launches Dining Experience Atop Its Famous Trolley