Skip to main content
May 11, 2017 7:00pm
Logo text
[Warning: This story contains spoilers from Thursday’s season finale of Riverdale, “Chapter Thirteen: The Sweet Hereafter.”]
As expected, the first season of The CW’s Riverdale came to a chaotic end that set many pieces in motion for its season two return. With the revelation that Clifford Blossom (Barclay Hope) killed his son Jason (Trevor Stines) in the season’s penultimate episode, the finale had a lot of details to address and did so in typical Riverdale style.
It’s presumed that Jason was killed because he learned of his family’s trafficking of heroin, which has destroyed what remains of the Blossom family. Meanwhile, Archie (K.J. Apa) and Veronica (Camila Mendes) consummated their new relationship, while Betty (Lili Reinhart) and Jughead (Cole Sprouse) declared their true love for each other. Then, naturally, that moment was soured when Jughead joined the Southside Serpents, the motorcycle gang that ultimately led to his father’s downfall.
With so much story being unleashed over the course of the episode, THR spoke with showrunner Roberto Aguirre-Sacasa about what it all means for season two, as well as the ramifications the long-awaited arrival of Veronica’s father Hiram Lodge, played by Pitch alum Mark Consuelos, will have on Riverdale. 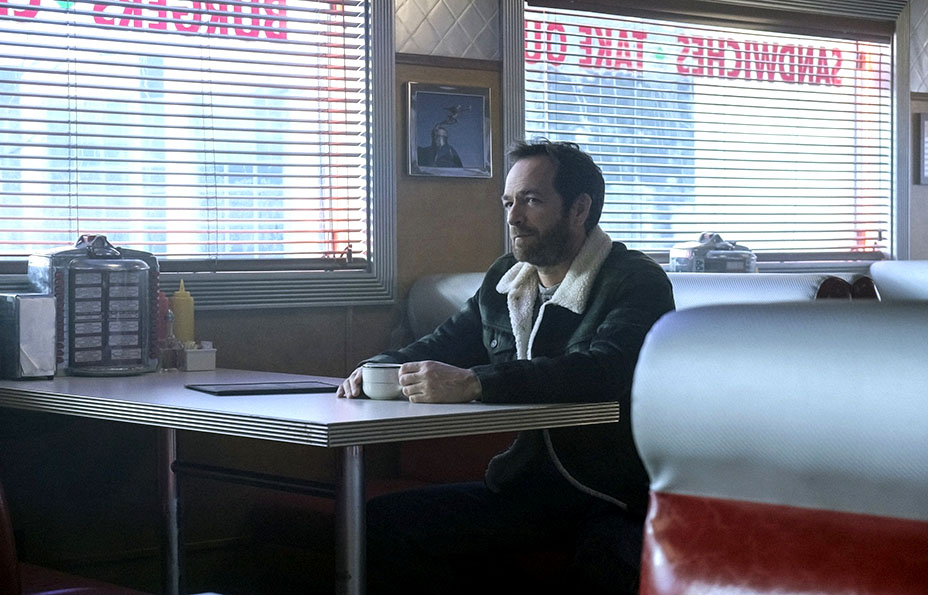 Let’s start with the very end of the finale: Pop’s is robbed and Fred is shot, leaving him bleeding out in Archie’s arms with viewers unsure if he’s going to survive. Jughead’s narration says this isn’t a coincidence, so how big a role will this play in season two?
It for sure is the biggest event that happens to Archie. Archie is sort of the hero of our show and basically the story of Riverdale is the story of Archie going from adolescent to young man to whatever he’s going to be when he grows up. This is sort of the biggest thing to happen in Archie’s life. It’s like the moment when Bruce Wayne sees his parents gunned down in Crime Alley or when Peter Parker learns that that his Uncle Ben was murdered by a burglar. It absolutely changes Archie and sends him on his season-long journey, which — without giving too much away — starts in a really dark place: revenge. Then he starts to turn back towards the light, which is honestly being a true hero.
That journey is for sure the spine of season two, and the question of who shot Fred and why is absolutely at the forefront of the beginning of our season.
Looking at a happier moment, Jughead and Betty both said “I love you,” which is huge for those characters — especially Jughead, who is buried in trust issues. What can you say about this big step for that couple?
Betty sort of wears her heart on her sleeve and you get the impression from the character we’ve gotten to know in Jughead that he’s probably never said those words to anyone. They certainly don’t come to him easily.
They’re still very much together in season two, but as we saw in the finale Jughead is setting off on a different path. He’s going to a different school, living in a different area of town. Perhaps most significantly, it seems like he’s joining the Southside Serpents. I think that will create obvious tension with Betty, assuming he tells her. There’s a chance Jughead will be trying to live a double life, one with Betty and one with the Serpents. That is absolutely a big story we’re telling with Betty and Jughead in season two.

The Serpents twist poses an interesting question, as he could legitimately view them as the family he’s always yearned to have. Then again, it could all be part of a larger plan to help free his dad.
I think that’s the question Betty is asking in that moment as she’s looking out the doorway and seeing Jughead put on the jacket. You can imagine that after the Serpents leave that night, probably Betty and Jughead are going to be doing a lot of talking and not much fooling around.
We saw a moment of Jughead at Southside High and he seemed to fit there in a way he doesn’t anywhere else. For once he’s not the outsider. Does he feel a sense of belonging there?
Absolutely. At Riverdale High, Jughead always slipped through the cracks and is considered a problem student. At Southside High, everything is the opposite. Jughead is not lost in the system — a teacher starts mentoring him, he discovers people who are a lot like him. He finds his tribe there, 100 percent.
That will echo back with Betty and Archie and everything. A big thing happening in Riverdale, which we talk about in the finale, is the encroaching civil war between the Southside and the rest of the town. I think Jughead being at Southside High is going to play into that bigger, more contentious divide happening. 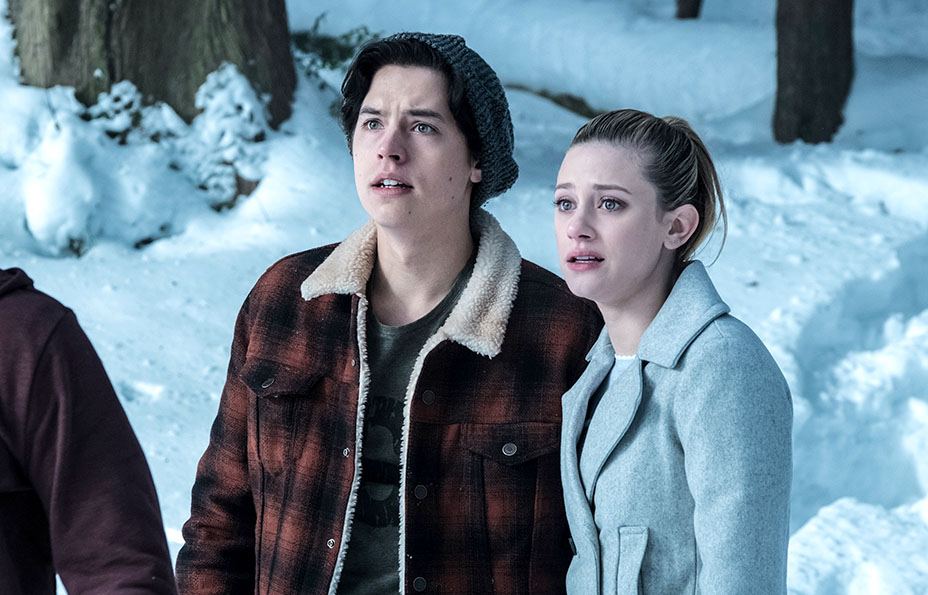 Switching gears, the Blossom family has completely fallen apart after it was revealed they were trafficking heroin instead of maple syrup all this time. Cheryl (Madelaine Petsch) attempted suicide, burned down her house and stood up to her mothe,r Penelope (Nathalie Boltt). What becomes of these two, the surviving members of the Blossom family, now?
In the finale, Cheryl is baptized in ice and purified in fire. When we pick up with the Blossoms, it’s just Cheryl and Penelope. And they’re two very formidable, if slightly imbalanced women. They’re locked in a power struggle. Where in a lot of season one Cheryl’s parents were very cruel to her — and she took it — I don’t think Cheryl’s going to be taking any more crap from Penelope. I think it’s a new world order in Thornhill and we’re going to play that power struggle between them.
Looking at Archie and Veronica, they took a huge step in their relationship as well. How will sex further complicate what is already a ridiculously complicated situation, given that viewers started to see traces of Archie’s feelings for Betty?
The grass is always greener with Archie. I think the biggest way that his relationship with Veronica, which we are going to play in season two, the biggest way it’s going to complicate Archie and Veronica’s life is the arrival of Veronica’s father Hiram.

In the comic books, one of the core dynamics, whether or not Archie is dating Veronica, is that Veronica’s father hates Archie. He doesn’t think Archie is good enough for Veronica. He thinks Archie is a klutz, doesn’t have any drive, thinks he’s a joke.
At Riverdale, whenever possible we love to either honor or subvert a classic dynamic from the comic books, and that’s one we’re going to play. We’re not going to know what Hiram is up to at first. Is he a good guy, a bad guy or a mid of the two? But we are going to get a sense that Hiram does not approve of his daughter dating Archie. The biggest competition will come externally from Hiram. Internally, emotionally, does Archie have feelings for Betty? Who knows? 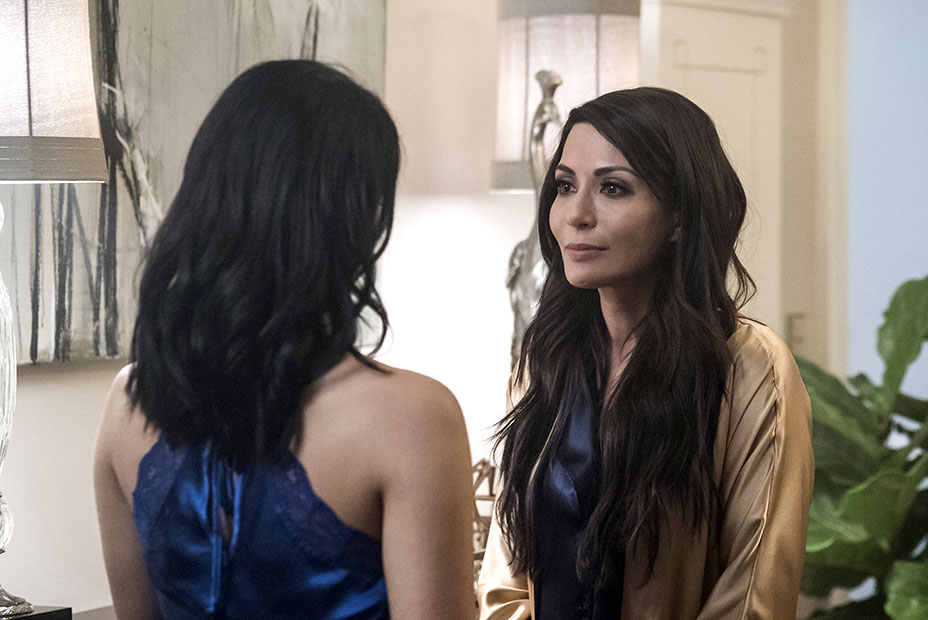 Lastly, how does Hermione (Marisol Nichols) fit into this? As season one progressed, she revealed a darker side to her character, culminating with the finale in which she asks her daughter to use Archie against Fred. How deep does this dark streak in her run?
With Hiram’s arrival, I’m not really interested in playing Hermione as cowering before Hiram or being terrified of him. What I’m really interested in seeing with Hiram and Hermione is seeing them as a power couple, almost like Frank and Claire Underwood on House of Cards, working together.
As the season progressed, Hermione’s motives got cloudier and her morality got murkier and I want to continue doing that. Marc is such a sexy, strong, charming and charismatic guy that I want to see them be a sexy, strong couple together.
Riverdale will return for season two on The CW. Watch a deleted scene from the finale below: