Skip to main content
May 4, 2017 7:00pm
Logo text
[Warning: This story contains spoilers from Thursday’s episode of Riverdale, “Chapter Twelve: Anatomy of a Murder.”]
Things have moved at a breakneck pace throughout the first season of The CW’s Riverdale, the network’s dark take on Archie Comics. With the murder of teenager Jason Blossom (Trevor Stines) as the inciting incident in the series premiere, the show has woven a very elaborate web as Archie Andrews (K.J. Apa) and his rag tag group of friends and misfits try to figure out who is the murderer in their small town of Riverdale.
Thursday’s penultimate episode revealed the killer is none other than Jason’s own father, Clifford Blossom (Barclay Hope). But that’s just the tip of the iceberg when it comes to this particular mystery. In fact, the questions surrounding the killing will continue to linger into the finale and beyond, since Riverdale has been renewed for a second season by The CW.
To help unpack the mystery, THR spoke with showrunner Roberto Aguirre-Sacasa about what the Clifford revelation means for the show, who else was considered to be the killer and whether this is the last viewers have seen of Jason Blossom.

We now know that Clifford Blossom killed his own son, which is so tragically sad. At what point in the season did you decide this was going to be the resolution to the Jason Blossom murder mystery?
When we originally pitched the season, Warner Bros. and The CW were like, “When you come into that room to pitch the season, you’d better know who killed Jason Blossom.” What we did was I went in with three likely suspects and three reasons why.
One was FP Jones [Skeet Ulrich], one was Hiram Lodge and one was Clifford Blossom. As we were working on the season, Hal Cooper [Lochlyn Munro] also became a possible suspect. But then sort of around halfway through the season, when we were thinking about the show and what the show was — and the show is on some level a deconstruction of the Archie myth that everything is safe, that everyone is good, that parents protect their children, that fundamentally the world is a good place — it felt like the ultimate subversion to that, the darkest, most taboo thing we could do, is a parent killing a child.
Once we landed on that being the point of no return, about halfway through the season, we started to build to Clifford. 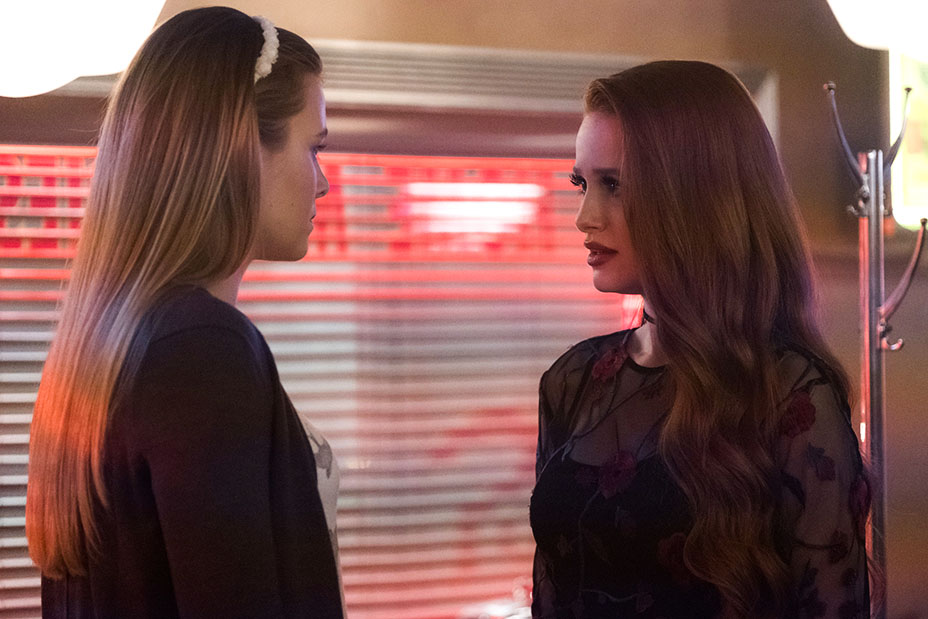 Was deciding that Clifford was the killer where the idea of linking the Blossom and Cooper families through blood came from?
That part was actually always part of the pitch. It’s such a gothic trope, incest. It’s like Flowers in the Attic or The Fall of the House of Usher, which is really another influence for the Blossoms. I kind of thought everyone would suspect Cheryl [Madelaine Petsch] and Jason of incest, of twincest, but I thought it would be an interesting reversal if it was Jason and Polly [Tiera Skovbye] who were blood relatives and involved.
In the narration at the end of the episode, Jughead (Cole Sprouse) says that Clifford Blossom is the only one who truly knows his entire motive. We have bits and pieces but with Clifford dead, how will that be revealed?
I always think of the penultimate episode as the whodunit and the finale has the elements of whydunit. Why did this happen?
To me, there’s some mysteries still to be solved and unpacked. On some level, certain things the gang will be able to speculate about, surmise and suspect. Ultimately though, what happened in that barn will be knowable. But rather than have Clifford alive and just tell everything, it allows us to play the mystery ad some new mysteries as well.
Looking at the finale, what can you say about the ramifications for Cheryl and Polly now that Clifford’s secret is out?
Cheryl has a shocking story in the finale, probably even darker than Clifford killing Jason. She’s at her worst place emotionally that she’s ever been. And by the way, she’s already been in a fraught, frayed place. It gets even worse now.
I think for Polly, it’s like, where does she go? She has the answer to a question she’s been asking. Now that that question’s been answered, does she stay with the Coopers? Is that where she wants to have and raise her baby? It’s a question we’re exploring for sure.

We now know FP was framed for the killing of Jason but as Sheriff Keller (Martin Cummins) points out, he’s still guilty of quite a few crimes. How will that impact Jughead, who is already in a desperate emotional state?
It’s a relief that FP is not the murderer, did not pull the trigger. But he’s in deep. That guy is deep up to his eyeballs in it and at a minimum Jughead’s not going to be living with FP anytime soon because he might be in jail for a very long time. The story’s not ending. FP is in jeopardy, and because he’s in jeopardy Jughead is in jeopardy. It’s going to get darker before it starts getting lighter for these character.
After being told by his mom that he should stay away from her and his little sister, how deep are you going to dive into Jughead’s trust issues?
Jughead’s had a rough year. By the way, that wasn’t the intention. It just started happening. I think his core issue will always be trust and it’s something that people spend their lives working on or trying to overcome.
I think that could be his Achilles heel, his insecurity or fear that the people closest to him will betray him because it’s happened so much. I would say the one nice thing is he didn’t want to believe his father was a murderer and he isn’t. That’s a very good thing. 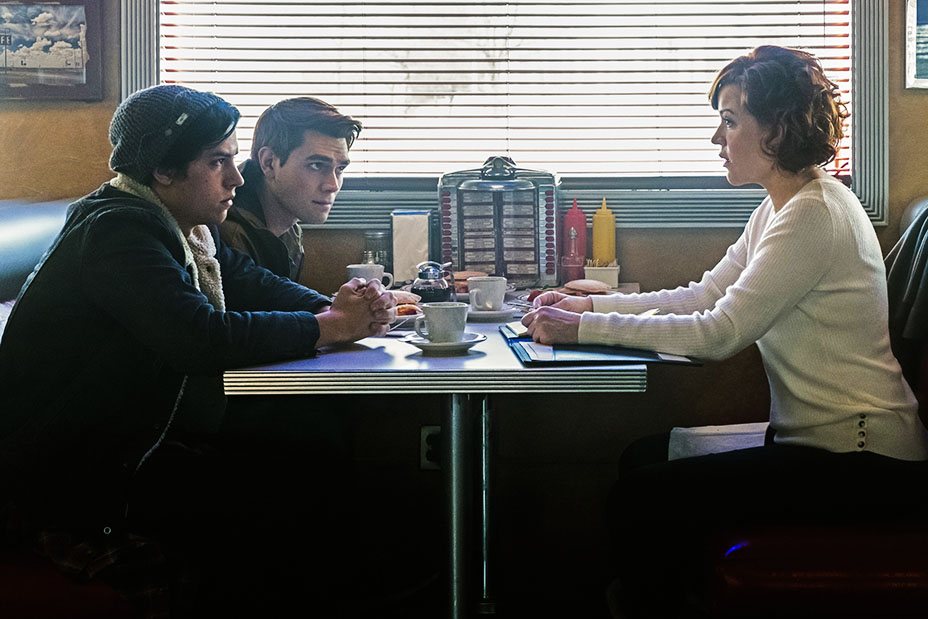 As you look forward to the season finale and wrapping up the murder mystery, is the character of Jason Blossom — who was only seen in flashbacks throughout the season — going away now or is he someone viewers will see again?
I feel like there are strands and tentacles coming out of the Jason Blossom mystery that we’ll always be playing. Is it the last time we’ve seen Trevor as Jason? I would say no, you might see him again.
Riverdale airs Thursdays at 9 p.m. on The CW.