Luke Perry recognizes that there are a couple of similarities between his former hit teen soap, Beverly Hills, 90210, and The CW’s newest high school drama, Riverdale, an updated TV adaptation of Archie Comics.

“It’s the story of a ruggedly handsome young man who has to pick between a dark-haired girl and a blond-haired girl, right? That’s where the similarity ends,” he tells The Hollywood Reporter. Plus, Riverdale is also murder mystery, as redheaded Archie (K.J. Apa), brunette Veronica (Camila Mendes), blonde Betty (Lili Reinhart), sidekick Jughead (Cole Sprouse) and the rest of Riverdale High are all involved in figuring out who killed their classmate Jason Blossom.

THR spoke with the former Dylan McKay about coming into his new role, protecting his onscreen son and whether Fred Andrews takes parenting cues from 90210 patriarch Jim Walsh (James Eckhouse).

How does it feel to be playing the dad now?

Well, here’s the deal I made with K.J. I’ll play the dad, and I’ll let you have the cool hair for the first five or six weeks, then I’m going to start bringing it. I like playing the dad because I like being a dad, and I think it’s a great character in the milieu of this show that I’m the grounded one, and I’m the guy who really cares about K.J., who cares about doing a good job and being a good construction worker. I love that.

Does your Fred Andrews come from the Jim Walsh school of parenting? Is he encouraging?

[He’s] absolutely supportive and encouraging. But Jim Walsh didn’t have to deal with social media. Jim Walsh didn’t have to deal with cellphones, selfies, posting, following, all that stuff. So that’s a big challenge [facing] parents today. So you’ve got to have some Jim Walsh going on, with a little Steve Jobs thrown in there. You have to take it all into consideration, but at the end of the day, what all parents have always wanted for their kids is for them to find something that they love that we can help them do. 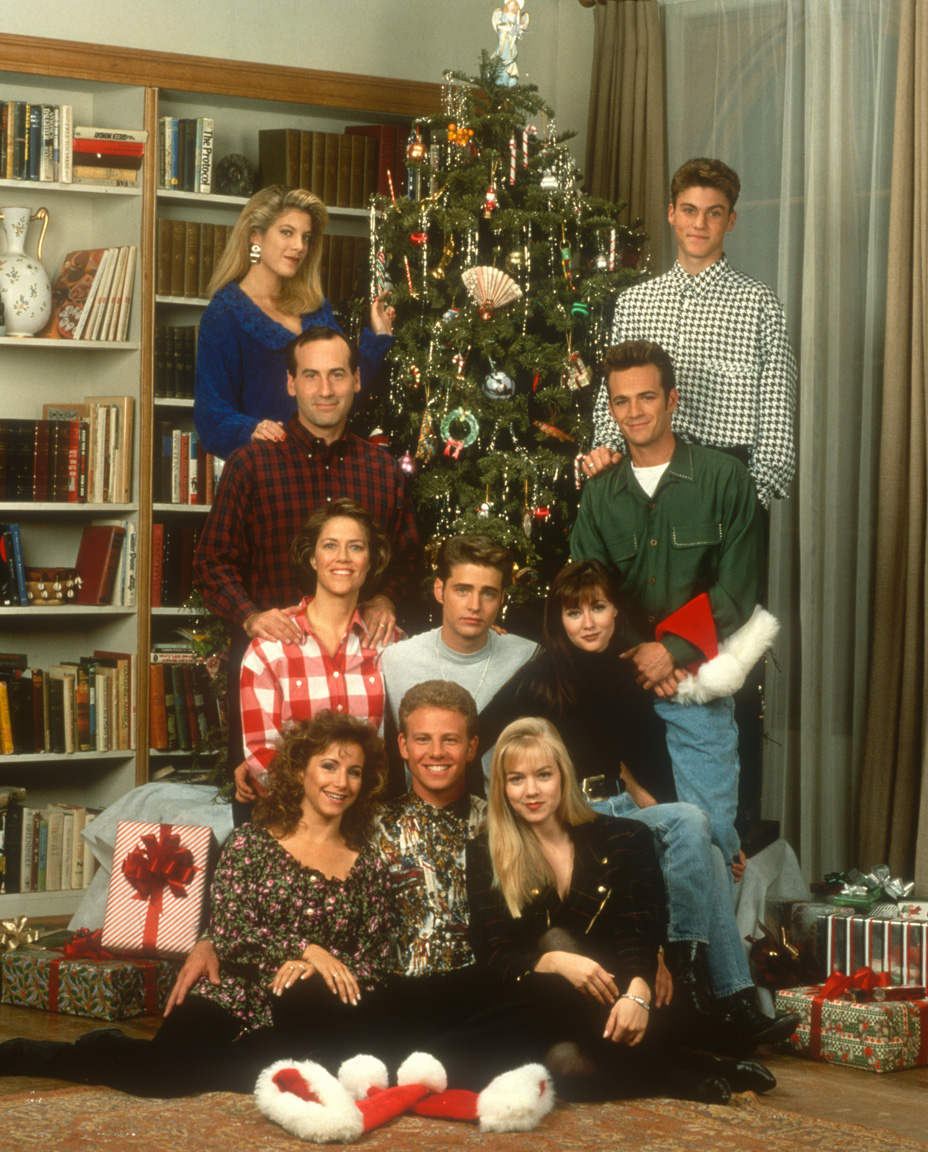 The adults on Riverdale all have substantial storylines. Was that something you took into consideration before you accepted the role?

Something that was always important to [Archie Comics chief creative officer and series creator Roberto Aguirre-Sacasa] is that it not just be a teen drama, that it be a drama about this town of Riverdale. And, certainly, it’s populated by characters that are of that age and that we know from the comics, but he always said there’s going to be stuff for the adults to do, there’s going to be stories there. The other thing I really loved is, I don’t need to be in every episode. I don’t need to be the frontman of the show. I like being in a position where I can support K.J. Most of my scenes are with K.J., and I’m lucky that we have a really good chemistry, a really natural flow. He’s a great kid.

What you see on the screen is very much what you get. We have a real, honest communication between the two of us. I’ve met K.J.’s mom and dad, and I feel like that’s who I work for. I’ve told them, “I will look after your son as if he were my own,” and, in that regard, I do.

Do you ever have to lecture him?

That’s not my job! That’s not my end of it. But if he needs something, I’m always there for him. He knows that he’s welcome with me 24/7, whatever I’ve got going on, because that’s the nature of our [relationship].

Going back to what Roberto said about not wanting to do strictly a teen show — it is a genre that has endured.

When it’s done well! And we certainly have Madchen [Amick] here to reference that. When it’s done well, it’s something super. [Roberto’s] an Archie savant. He knows what to do, how to do it. If it were anybody else, I just don’t know what we’d be into. We got the right guy for the job. We really do.

Having to specify that Riverdale is not strictly about the teenagers strikes me as similar to the way people are surprised that Teen Vogue is writing about politics. Of course it’s multifaceted!

Teens need to be talking about politics! Teens need to be engaged in this stuff. It’s coming for you — it’s coming quick now! These kids have a sophisticated set of problems that kids didn’t have 15 years ago. Taking it back to the Archie comic books, primary colors — they had the eight box of Crayola crayons. Now these characters play with the 64 box. They’ve got a lot of colors and a lot of in-between. A lot of stuff you didn’t see coming. There are, taking place between Betty and Veronica, [things] that you never would have imagined would take place between Betty and Veronica, and I love that. They just keep putting great scripts in front of us.

What do you think about having so many ‘80s and ‘90s icons on the show? Molly Ringwald is playing your wife later in the season.

I think it was clever on the part of production to do that. I think it’s a neat nod to the fact that everybody has some history. The great part about Molly is that she’s a total pro; she’s been doing it forever, and we just hit the ground running. It’s really easy to work with her. I’m as aware as anybody else, that’s Molly Ringwald out there, and I’ve got a hold of her, so I need to do this right.

Riverdale has been described as 90210 meets Twin Peaks. Do you think that’s a fair comparison?

Well, 90210 because it’s the story of a ruggedly handsome young man who has to pick between a dark-haired girl and a blond-haired girl, right? That’s where the similarity ends. The Twin Peaks part of it is, we’ve read 11 of the scripts, none of us have any idea who the killer is. And we’ve read 11 scripts! When we put them down, we all look at each other, and everybody still hasn’t guessed. The mystery is great. It stays tight throughout. It could be anybody, and that’s hard shit to write! It’s hard to write and keep it real and believable and balanced. And [Roberto] did tell us it’s not going to be where you flip to the last page and it’s like, “And then it was the butler.” And we’ve been structuring all that in and building the ending of it so it’s not the ending, it’s just the start of the next [chapter].

Did you read Archie comics as a kid?

You bet. I read all comic books when I was a kid. Many times they would sell, like, a three pack, and it would be two superhero comic books with an Archie in the middle. So, whether you wanted Archie or not, they were very smart about the marketing of it, even back then. They were getting it out there. It’s in the DC world and the DC universe. I read a lot of them. Jughead, Reggie, Archie, Moose — all these characters are so familiar to me.

Who do you think will watch Riverdale?

Riverdale‘s got a little something for everybody. If you’re sick of watching shows where you know exactly what’s going to happen, somebody’s going to catch the bad guy or there’s going to be some forensic data, this show ain’t about that. You’ve got to pay attention, and you’ve got to sort of see and you’ve got to have an imagination to think about who could’ve done what, and I like that. It’s participatory.