Skip to main content
May 15, 2019 6:00pm
Logo text
[This story contains spoilers from the season three finale of Riverdale.]
Even by the high-octane standards of Riverdale, Wednesday’s third-season finale is a roller coaster.
After a season that’s frequently had them on separate paths, “Survive the Night” reunites the core foursome of Archie (KJ Apa), Betty (Lili Reinhart), Jughead (Cole Sprouse) and Veronica (Camilla Mendes) for a final, terrifying set of trials at the hands of the mysterious Gargoyle King, who is revealed to be Penelope Blossom (Nathalie Boltt). The gang are abducted and sent into the woods to fight for their lives in a “game” modeled on the Gryphons & Gargoyles RPG that has steered much of the season’s storyline.
Narrowly surviving the night and defeating two Big Bads at once in Penelope and Betty’s serial killer father, Hal (Lochlyn Munro), the core four are understandably ready for a break. “Let’s vow to be done with death cults and murder mysteries,” Archie says, and the others agree: Their upcoming senior year will be smooth sailing all the way.
Cut to spring break, a year later. A blood-soaked Archie, Betty and Veronica stand in their underwear around a fire. Jughead is ominously absent, but Archie is holding his beanie. All three look shellshocked. “After tonight, we never speak of this,” Betty says, ordering Archie to burn the beanie. “We finish our senior year, we graduate, and we’ll go our separate ways. That is the only way that we won’t get caught.” So much for a drama-free senior year.
Aguirre-Sacasa spoke with The Hollywood Reporter about the “unspeakable crime” teased in that final five minutes, his plans for season four and why the finale doesn’t address Fred Andrews’ fate following the death of Luke Perry earlier this year.
There’s always a lot happening in Riverdale, but this finale is exceptionally crazy and twist-packed. Did you go into it with that intent?
Oh yes. In the past, we’ve had really crazy penultimate episodes — our next-to-last episodes are usually the ones that have been really action-packed. Last year the folks at The CW said, “You know, why don’t you try making the finale the really big, crazy episode?” And we said okay, we’ll do that, and it felt really good. I think we all feel like we really delivered on that promise.
We also wanted to get the core four [of Archie, Veronica, Betty and Jughead] back together, after a long time of telling separate stories with Archie and Veronica against Hiram, Betty with The Farm, and Jughead with the Gargoyle King. We’ll always go back to that grouping, and toward the end of the season we’d started to do more scenes of them together, and for the finale we wanted to bring all of those strands together.

'Riverdale': Luke Perry's Final Appearance Is a Reminder of What the Show Loses Without Him

The season ends on a flash-forward which suggests things are about to get very dark for Archie and company next season.
We wanted, for once, to not end our season with something bad happening. That’s kind of how we ended season one and season two — season one ended with Fred getting shot, season two ended with Archie getting arrested. Instead, we wanted to build to something in season four, an unspeakable crime. So rather than have something bad happen in the finale, we wanted to flash forward to it, so that part of the fun of season four will be seeing, how did we get to that place? How did those three characters, Archie, Betty, Veronica, get to be in the woods, around that fire, covered in blood, burning Jughead’s beanie? We thought that was a really great challenge to us, and a different way to do a cliffhanger.
Fred has been out of town since Luke Perry’s final episode, and his absence isn’t addressed in the finale. Did you make that call because you didn’t want to rush the resolution?
Absolutely. When Luke passed, we had already broken and written a lot of the end of the season, and we really wanted to … I mean, it was just devastating. And we wanted to honor Luke, and figure out the best way to handle the character of Fred Andrews in the show, so we sort of said, you know what? Let’s not squeeze, let’s not rush to squeeze something into the finale, or into the last couple of episodes, let’s really think about it, and let’s tell that story at the beginning of season four.
Luke was one of the hearts of the show — Luke and KJ, their relationship, and as crazy as things got, we always turned back to them. That was so wonderful to have, and so that was part of our thinking too. We wanted to take the time to understand how the show will change [without Fred], and how we could best address that.
So Fred’s fate will be addressed early next season?
Yes, absolutely. 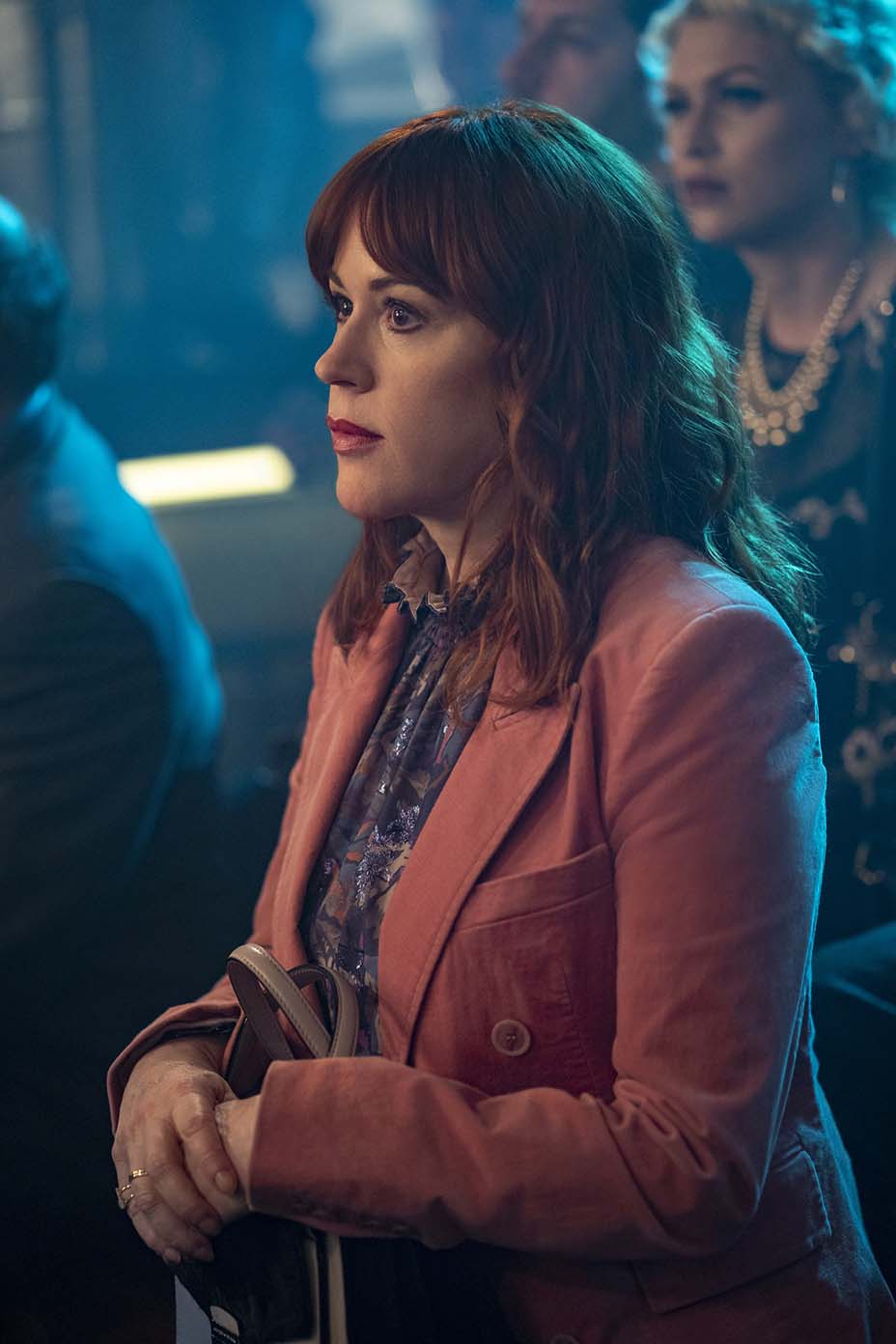 Was the plan always to have Archie’s mom Mary (Molly Ringwald) return for the last few episodes of the season, or was that a consequence of Fred not being around?
Yeah, every season we have Molly Ringwald back for an episode or two, so she was actually already scheduled to come back. I think she was actually even in Vancouver when we heard the news, or she was flying to Vancouver, and she said “If you need me to stay longer I’ll stay longer,” and I said “That would be great, Molly.” She did, and it really helped us.
Another major development is the confirmation that Jason Blossom (Trevor Stines) really is alive – or at least undead. Why bring him back?
The incident that started the show was the death of Jason Blossom, and one of the things we knew we wanted to do in this finale was tie all of the different seasons together, and all of the different crimes together. It all started with the murder of Jason Blossom, and the character of Cheryl who’s one of our most beloved and iconic characters, she’s always been defined on our show by the loss of her brother. That’s why she joined the Farm, because the Farm said “We can give this back to you.” There’s also, obviously, a very strong gothic element to that, which we really, really liked. We thought Cheryl had said goodbye to Jason so many times, in so many horrifying and brutal ways, so would she immediately bury him and say goodbye again? We thought maybe she tries to delay that a little bit, and that’s what led to that moment.
Riverdale itself has seen better days, and Archie seems to be trying to rebuild the town with Mad Dog (Eli Goree) at the end of the finale. Will that be a big part of next season?
Yeah, the town of Riverdale is so beleaguered at this point that we have to start rebuilding. There was the quarantine, and Hiram tried to buy it, and the water was poisoned, all these things that you kind of have to start the rebuilding, and we wanted to locate that with Archie and his gym.
Broadly, what else is to come in season four?
I would say that we’re really, really leaning into the fact that this is the last year this group of friends, this group of people, might be together. That’s the underlying theme, and it’s also kind of what senior year is always about. It’s a huge step to go from high school to college, you say goodbye to your high school friends, you become more of a young adult, and I think that’s what season four’s really gonna be about.
This interview has been edited and condensed for clarity.

KJ Apa Remembers 'Riverdale' Co-Star Luke Perry: "He Did Everything He Could to Make Everyone Feel Welcome"