In July, The Walking Dead writer Robert Kirkman and artist Charlie Adlard shuttered their historic zombie comic book series in shocking fashion. A year before that, Kirkman and Walking Dead chief content officer Scott M. Gimple teamed together for a new comic book of their own, DIE!DIE!DIE!, created alongside artist Chris Burnham. In both cases, the Walking Dead finale and the DIE!DIE!DIE! premiere appeared virtually out of thin air, with little to no warning of their impending demise and arrival, respectively. For his next comic book act, at least, Kirkman’s giving some advance notice — emphasis on “some.”

Enter Fire Power, a new Skybound and Image Comics series from Kirkman and co-creator Chris Samnee, the acclaimed artist who has lent his talents to a variety of iconic superheroes including Captain America, Thor and more. The series is set to bow in May, though exact details about the timing and manner of the launch remain under wraps. For now, speaking with The Hollywood Reporter, Kirkman is at least more forthcoming about what the series entails.

According to the Walking Dead writer, Fire Power focuses on a man named Owen Johnson, who “goes on a journey through China to discover his origins. He was adopted. He wants to find out who his birth parents were, how they died, more about them. The journey leads him to this mysterious temple that’s led by this master. It’s a temple dedicated to rediscovering ‘the Fire Power,’ which is the lost art of throwing fireballs.”

It may come as little surprise that Owen finds himself historically connected to the Fire Power, just as it should come as little surprise that Owen’s life outside of his latest adventure will make his pursuit of the Fire Power a little bit… well, complicated. “Action-packed” might be an even more accurate way to describe what’s ahead, as complicated fight scenes are the bread and butter of what’s ahead in the martial arts series. The idea for Fire Power came to Kirkman as he was in the process of wrapping Invincible, his long-running superhero comic that launched in 2003 and concluded in 2018.

“As I was winding it down, I realized there are a lot of storytelling mechanisms involved in superhero comics that are fun to deal with and makes writing those stories somewhat natural to me,” says Kirkman. “I realized how much I was going to miss it. But this industry is absolutely clogged with superhero comics, so I don’t want to do any superhero comics for the time being. But martial arts stories have a lot of these same elements. You can do a comic that exists in a well-built martial arts-themed world that has a very easy mechanism to get fights started. There are a lot of different ways to move your stories in interesting and visually compelling directions, which is important. Because there are so many superhero comics, I wanted to do a creator-owned comic that’s for people who have only read superhero comics but have been hesitant to try horror comics or Westerns or sci-fi — any of the myriad of different kinds of creator-owned comics out there. I hoped this would be a way to dip your toe into a different kind of comic book, but still have the flavor of a superhero comic.”

Bringing the action to life: Eisner- and Harvey-winning comic book creator Chris Samnee, whom Kirkman has been trying to work with for years. “I’ve been a fan of his since Capote in Kansas with Ande Parks,” says Kirkman. “I’ve been following his work closely and I’ve been hounding him at every convention we were ever at over the years: ‘We have to do a book together some day!'”

For Kirkman and Samnee, “some day” has finally arrived. As the Walking Dead creator tells it, the union between Samnee and Fire Power could not be more natural: “One of Chris’ best skills is he does incredibly detailed and fluid action sequences, which are very easy to follow from panel to panel. This book is designed to have very long, complex action sequences. I knew he would be perfect for that.”

For further proof of Samnee’s abilities in the martial arts arena, look no further than the following pages from Fire Power. 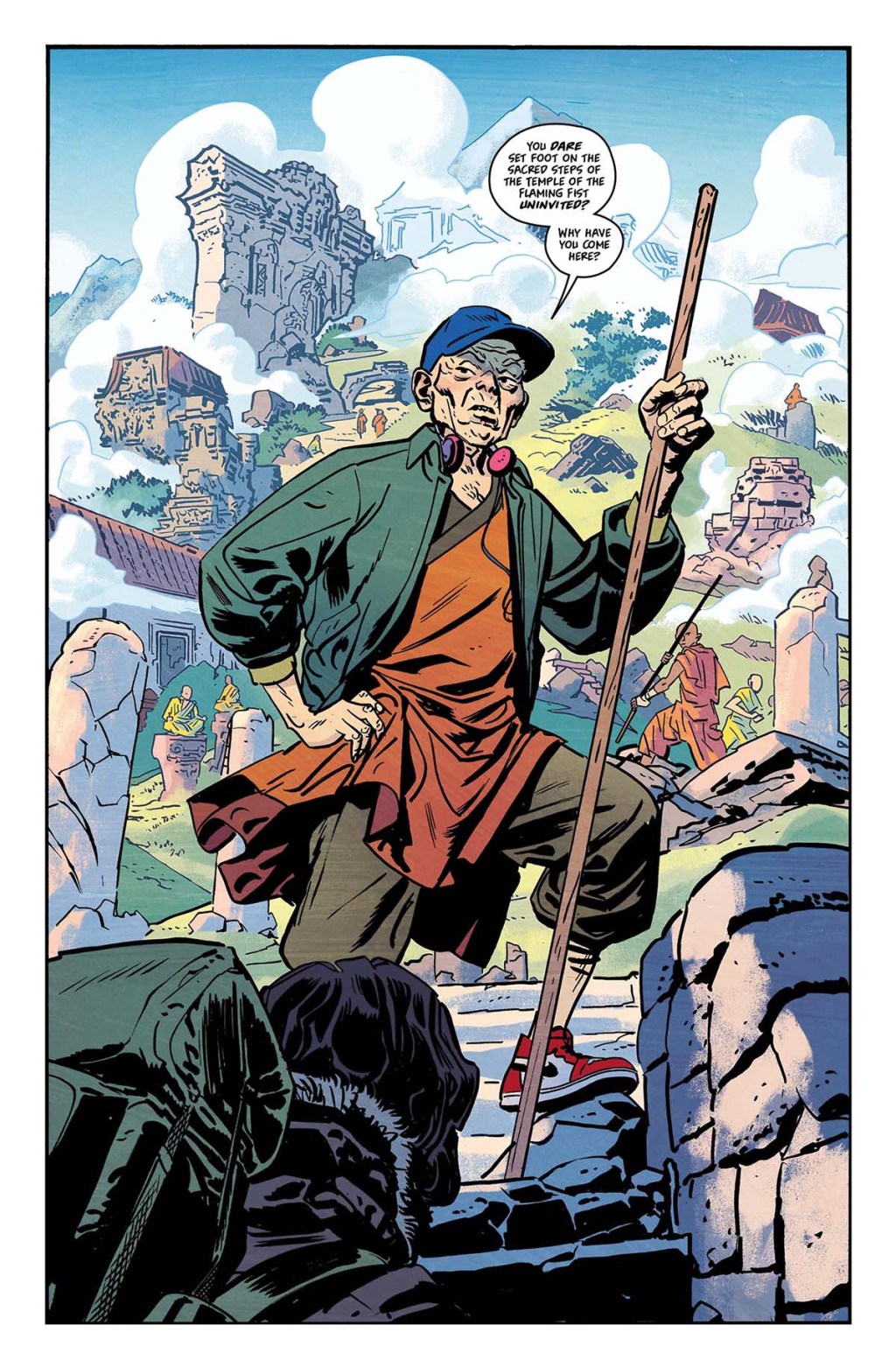 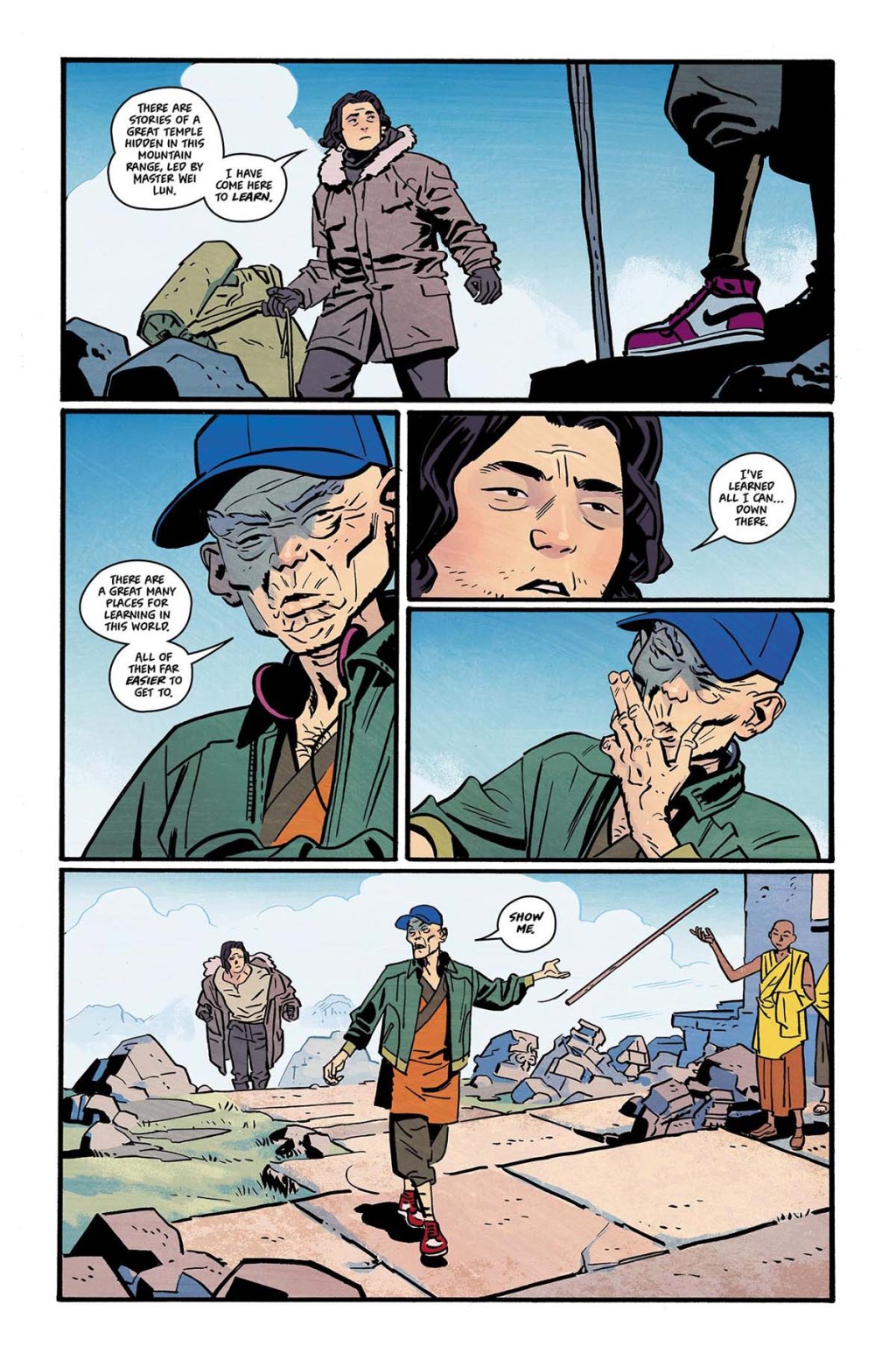 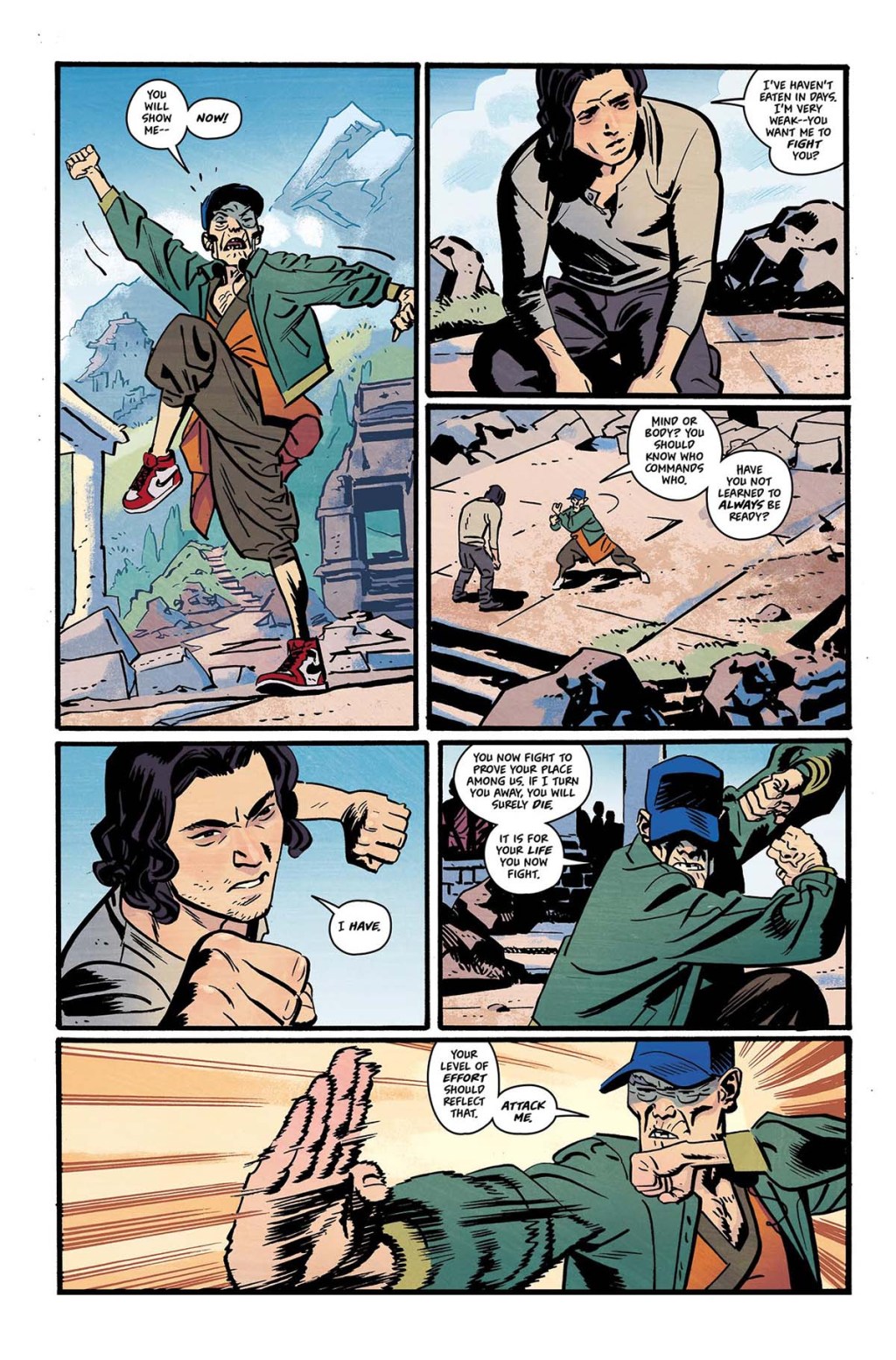 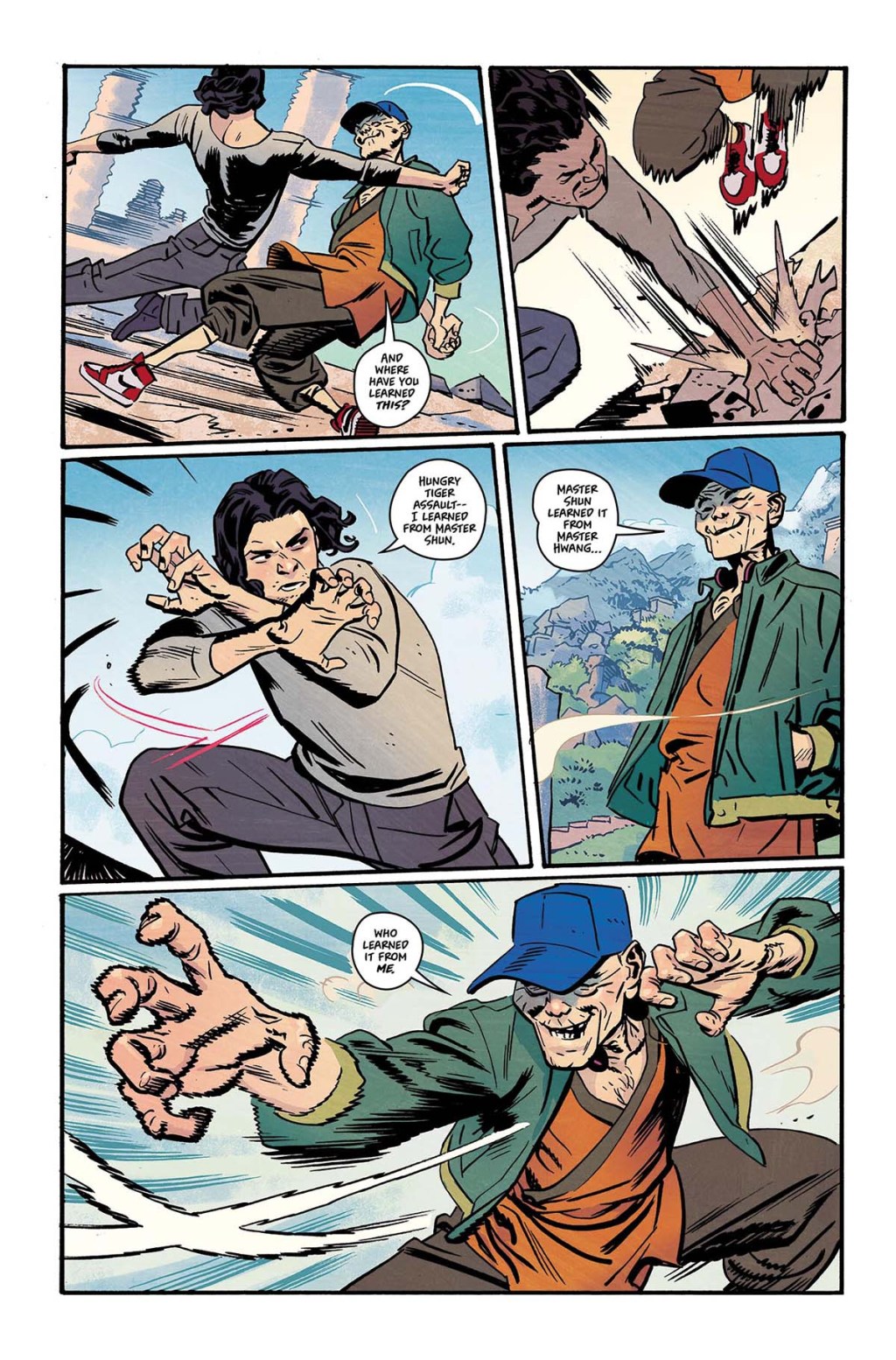 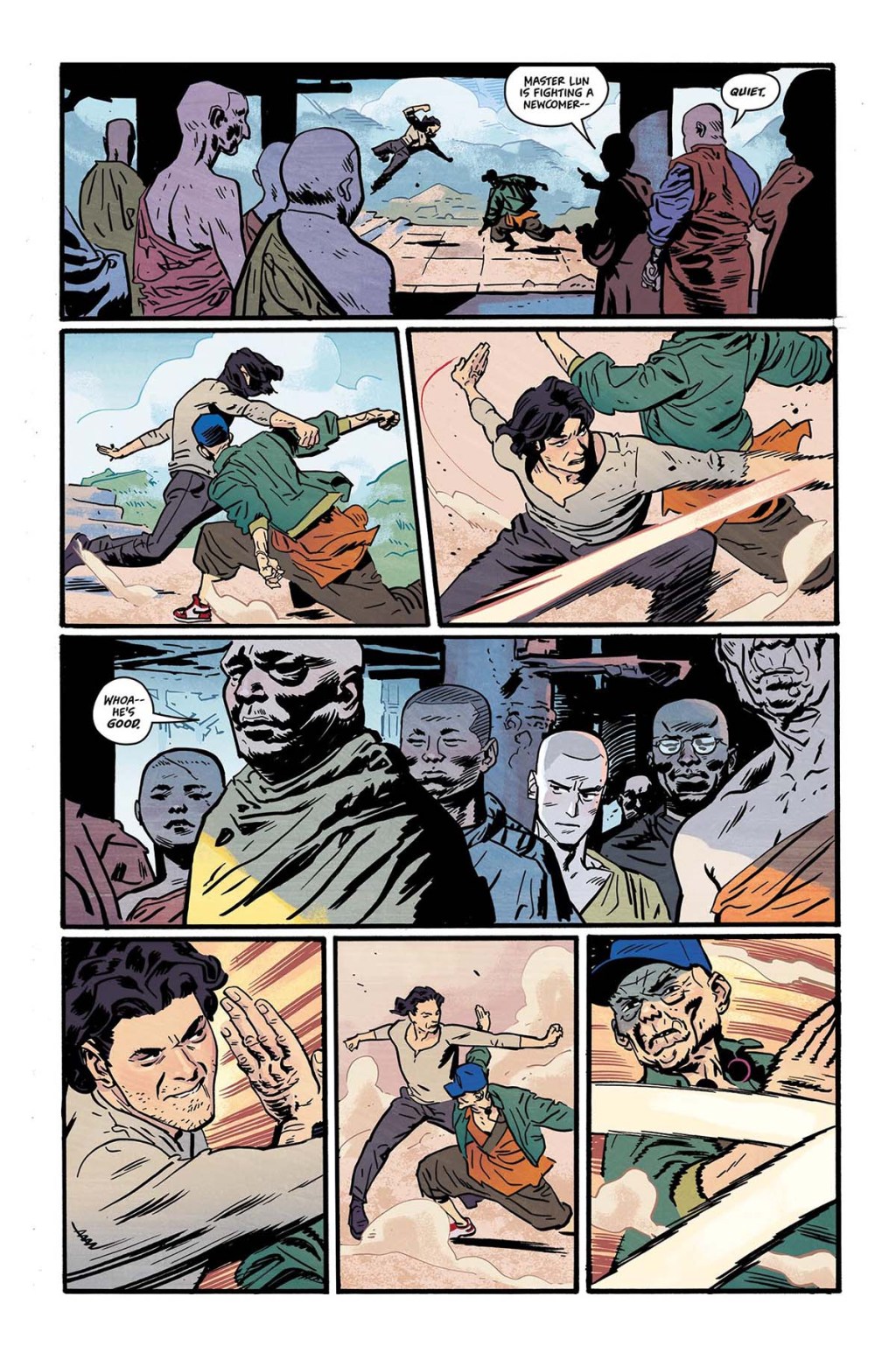 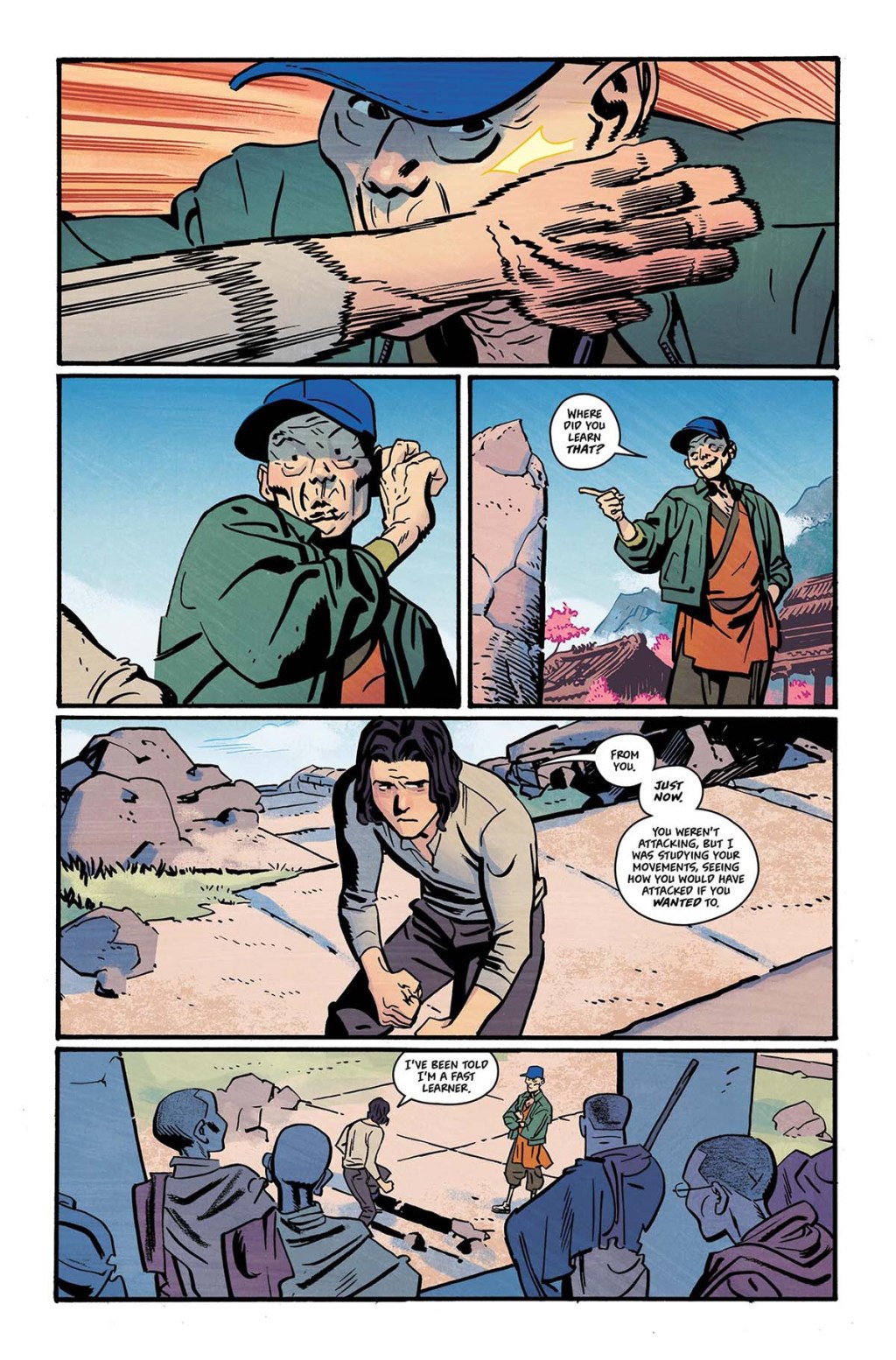 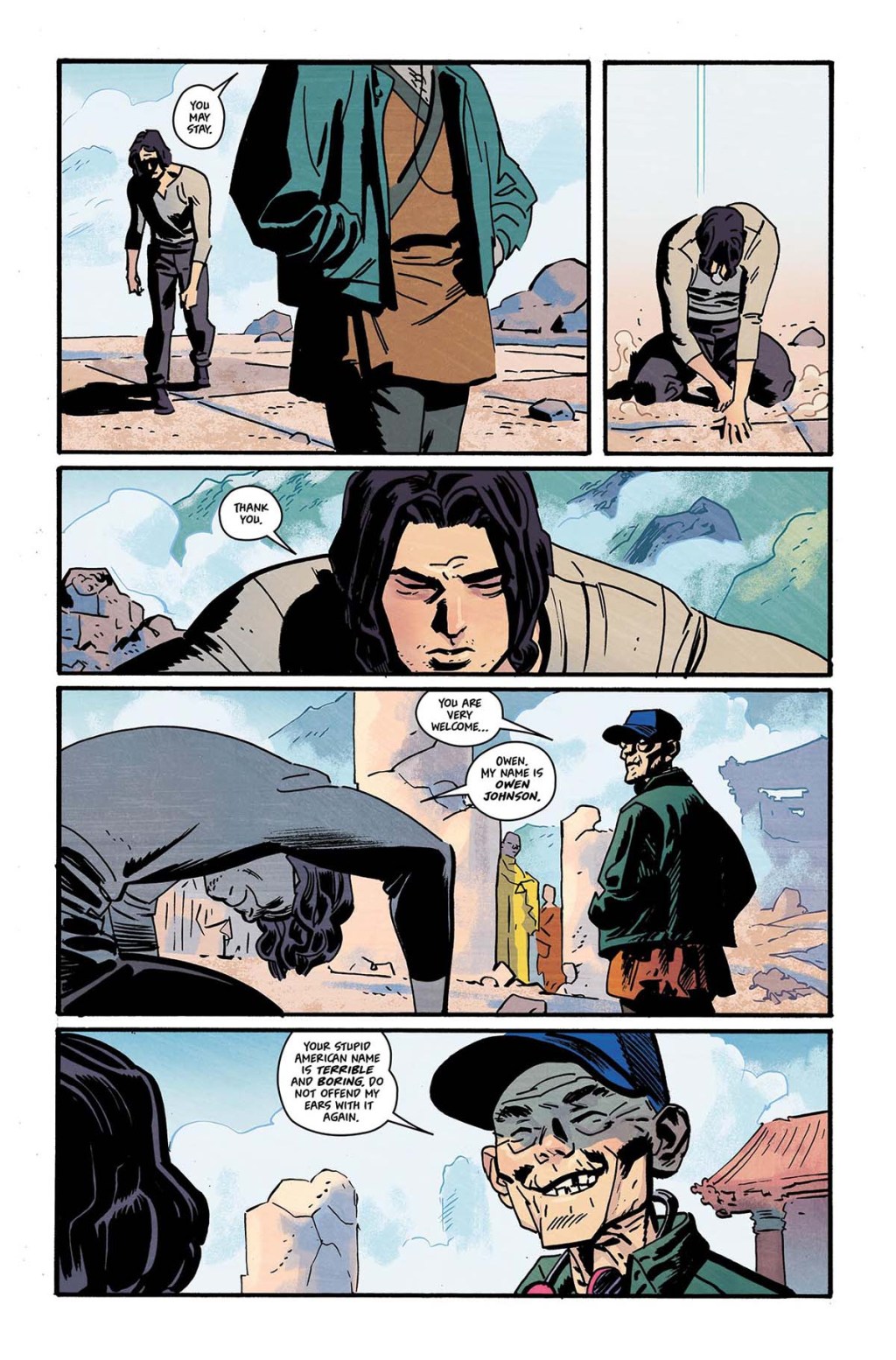 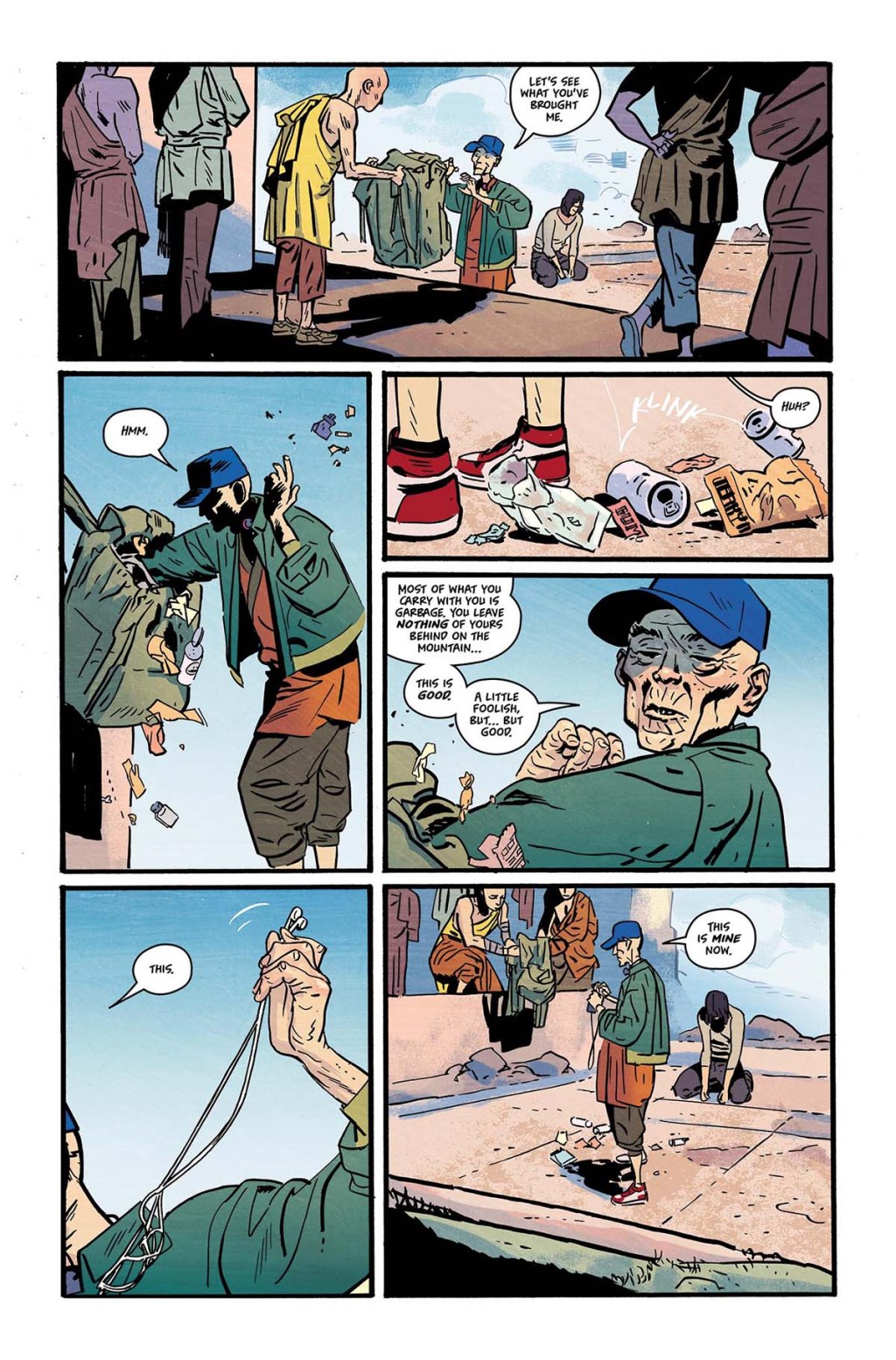 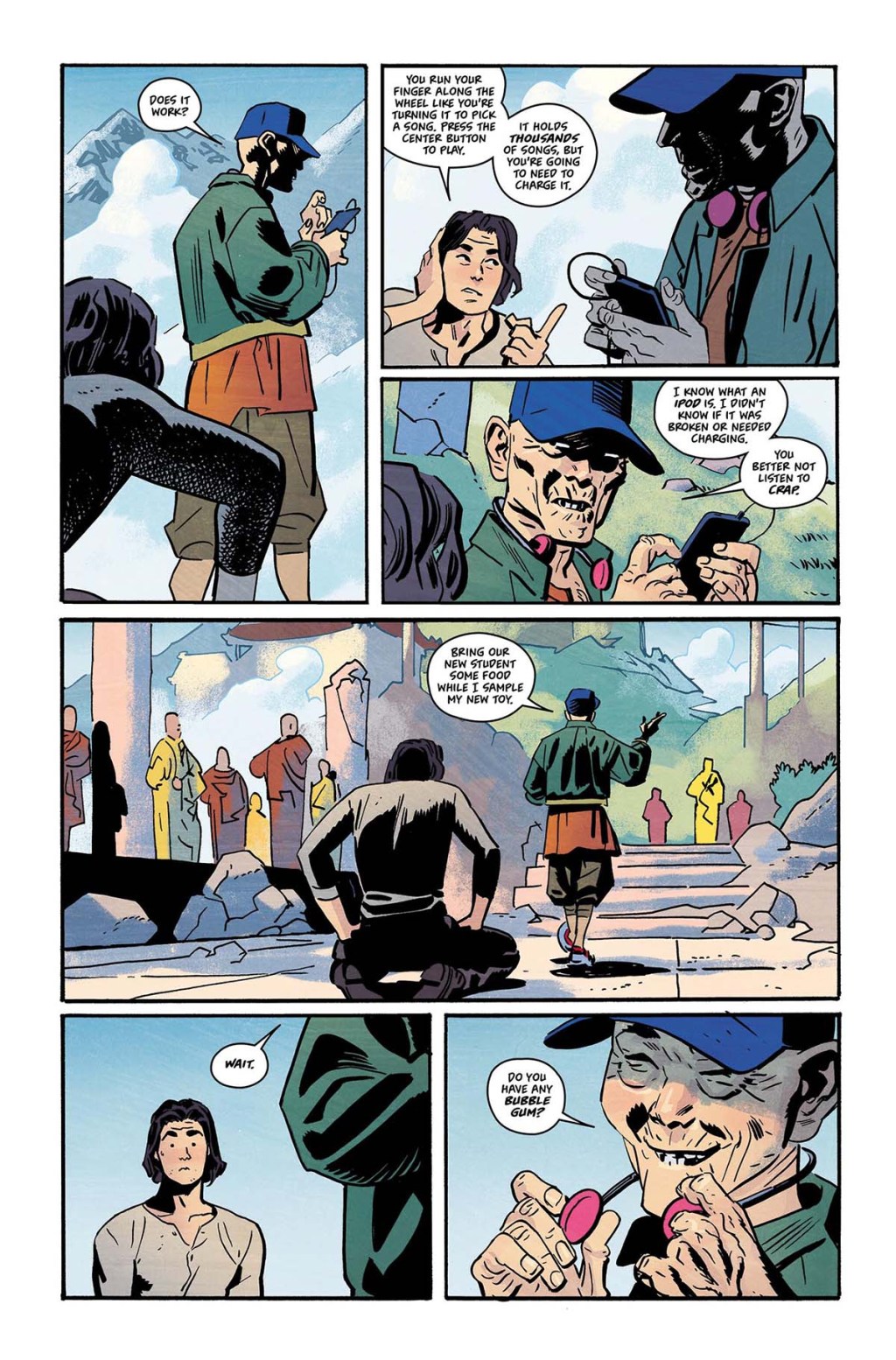 The exact timing and details surrounding the May launch of Fire Power remain under wraps. Stay tuned to THR for more info as it becomes available. For now, one more exclusive page for good measure: 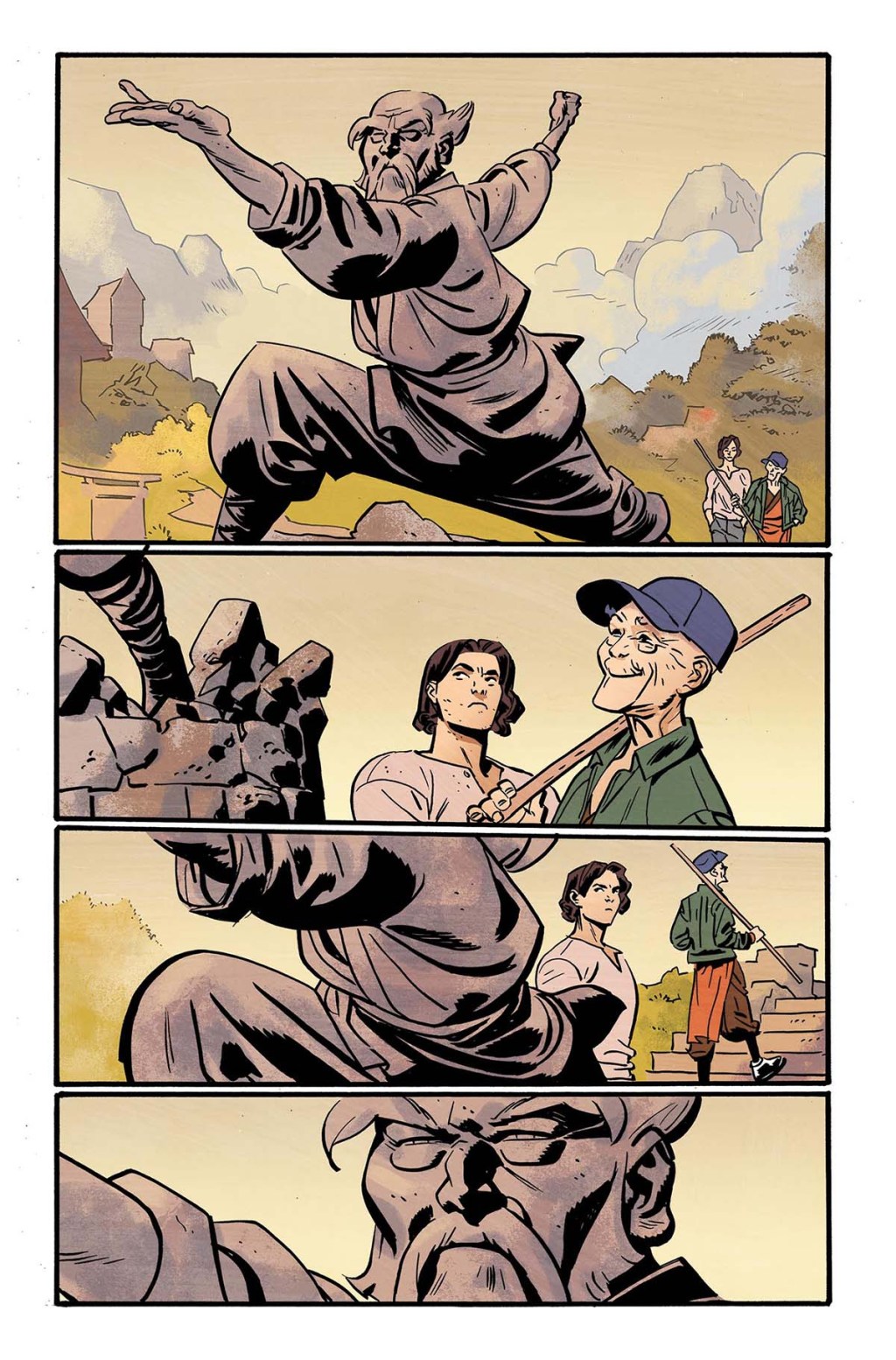